Anthony Albanese and the art of political arithmetic 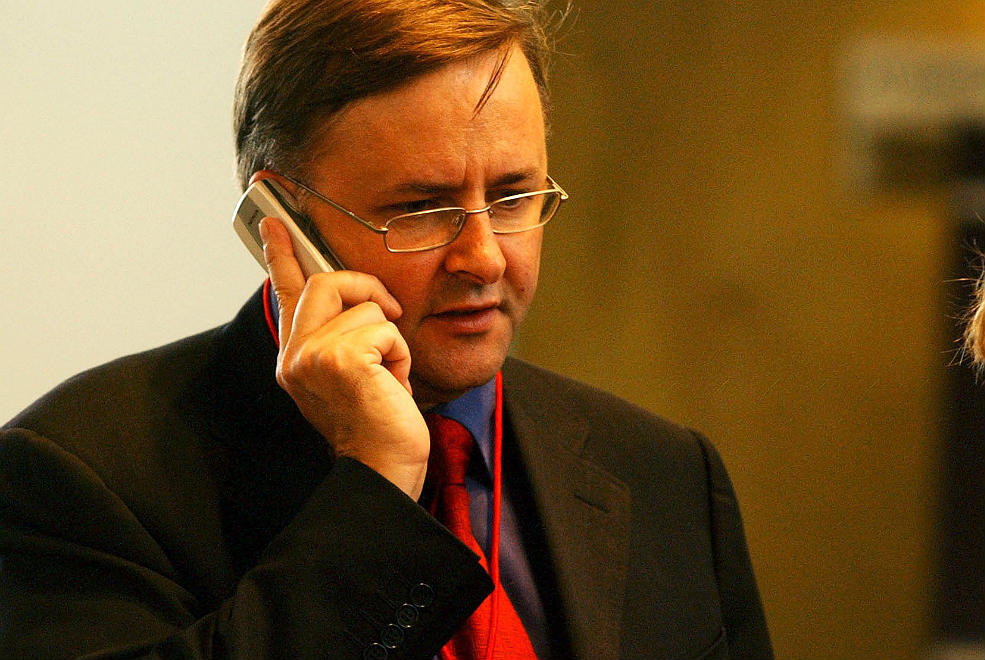 “A fascinating mixture of two stories,” was how Bob Hawke described this new biography of Anthony Albanese when it was launched at Parliament House last week. Hawke was referring to Karen Middleton’s skilful interweaving of Albanese’s personal history with a dramatic account of his life in politics. The personal story, culminating in an account of how he recently met the father he had never known, has a strong emotional dimension that will engage many readers. And the political side of the narrative was to take a sudden turn that very afternoon, only a few hours after the launch.

Brought up by a single mother from a Catholic working-class family in what was then the working-class suburb of Camperdown, Albanese needed no cultural studies courses to teach him that the personal is political. Middleton’s detailed evocation of the social milieu in which he grew up is itself an important contribution to our understanding of the contemporary political divide. His mother Maryanne’s story is central to this strand of the book, and has all the makings of a premium episode of Who Do You Think You Are?

The family’s history in Camperdown goes back three generations. Maryanne’s parents married during the Depression years, and her father struggled to keep a growing family by running a local printing business that had its shady side. There were brushes with the law over the production of counterfeit betting cards and a batch of labels printed for a syndicate dealing in fake medicines. Maryanne’s brother, gifted as both a boxer and a popular musician, made himself a temporary career as a travelling performer on the international circuit, and Maryanne’s single adventure away from home territory was when she accompanied him on a sea voyage to Europe. She returned four months pregnant, with a story of having tragically lost her husband in a car accident.

Albanese grew up with this account of his origins, a lone child living with his mother in his grandparents’ house. But Maryanne’s parents knew the true state of affairs: she had fallen for a young Italian steward who was already engaged to a girl in his home town. Although the young man’s commitment to the demands of traditional society were non-negotiable, the bonds of her own family proved stronger than religious edicts and social conventions. Her parents provided a home, along with unwavering emotional support for her and the child. Albanese’s moral compass was set from an early age by a sense that family and community solidarity was paramount. His attachment to his mother was profound.

Middleton’s account endorses the image of the hard-headed politician who has real heart. She quotes peers and colleagues from both sides of the house who endorse this characterisation, and although there’s no reason to question its validity, it’s a simplified equation and one that makes for an easy narrative line. This story of profound emotional attachments and fierce family loyalties is clearly one that Albanese wants told, but it’s the other story, about the making of the shrewd parliamentarian and electoral strategist, that really has something to tell us about the state of contemporary politics in Australia.

Camperdown in the 1960s and 70s, before the inner-west property boom was much more than a glint in the eye of a few real estate adventurers in Balmain and Glebe, was a haphazard mix of the social and industrial developments belonging to an era about to pass. Weston’s biscuit factory and the Royal Alexandra Hospital were the two defining institutions, and an assortment of workshops, car yards and milk bars did good trade. There was no lack of local employment and most households had at least one wage coming in. Albanese’s was an exception. With a crippling arthritic condition making it impossible for her to work, his mother relied on the sole parent pension.

Middleton describes the housing estate in which Albanese grew up as “a residential island” surrounded by industrial depots. The neighbourhood, it seems, operated like an extended family, with the children (fifty-six in all) playing freely around the streets. Virtually all the residents were Labor-voting Catholics and fierce supporters of the Balmain Tigers or the South Sydney Rabbitohs. It seems to have been a happy enough environment for a child, but it had its privations. While there were jobs to be had, they were low-paid – factory work, newspaper rounds, cleaning, garbage collection – and most households only just got by. Having taken a range of after-school and weekend jobs during his teenage years, Albanese had received a thorough education in the realities of low-paid casual employment by the time he finished high school.

It was when he started at the Christian Brothers High School at St Mary’s in the city, a “rough school” as he describes it, that he became aware of other social worlds. With their shirts hanging out and ties loose, he and his classmates shared the train carriages to and from school with boys from Sydney Grammar in their blazers and boaters. Exchanges of mockery broke into the occasional skirmish in which the goal was to put your fist through the adversary’s straw hat. Ten years earlier, Malcolm Turnbull would have been on the other side of this class warfare. Here, in the raw, were the underpinnings of a dynamic still being played out in today’s parliamentary skirmishes.

Albanese’s political education proceeded on several fronts. When he joined Young Labor in high school, he learned that the power of the numbers went with the NSW right. But where numbers were concerned, he was prepared to give a few lessons himself. From the age of six, he had demonstrated a precocious capacity for remembering test cricket scores and correlating the number of wins to the number of matches played. By the time he was ready to stand for office as the left faction candidate for president of Young Labor, aged twenty-two, he had honed this skill to the point that he was able to reel off the names and telephone numbers of all the conference delegates. The next thing was to turn that knowledge to account by moving the numbers around, which he did by assiduously working at the communication lines until every voter had been personally subject to his campaign of persuasion. When he was told with some authority that there was no way he could win, his response was, “Hang on.” Despite a last-minute bid by the right faction to declare forty known left supporters ineligible to vote, Albanese won by twelve votes.

According to peers and colleagues in the party, he remembers the final count of every contest he has been in. His transition to the main stage of federal politics involved playing the numbers game according to far more complex and less controllable factors; as leader of the House during the Rudd–Gillard years, he was good enough at it to keep the hung parliament on track for the passage of 595 pieces of legislation. As he was keen to point out in the first sitting week of parliament following the election this year, his rival Christopher Pyne was unable to maintain control of the house for three days of its new term in office and it was all about failing to keep a wary eye on who had the numbers. The government was unable to vote down three successive motions from the opposition.

It’s a curious irony that this biography was launched at Parliament House just hours before the fiasco occurred. In a weekend appearance on ABC’s Insiders, Middleton observed that the Turnbull government had been caught out by its own sense of entitlement, boasting a “solid” majority that was in fact wafer-thin. It was Tony Burke, as current manager of opposition business, who engineered the Coalition’s debacle, but Albanese, as part of a frontbench team for whom having an eye on the numbers is second nature, must have relished the spectacle of the fist going straight through the hat.

Like most mass-market political biographies, Albanese: Telling It Straight is something of a promotional exercise. Middleton doesn’t avoid critical points, but nor does she pursue them; the more cynical eye of the seasoned political commentator is missing from her account. Its strengths are in the portrayal of intersecting political and social worlds, and here it invites a revitalised debate about how the terms of the relationship between those worlds have changed over the past two generations.

“Class warfare,” according to treasurer Scott Morrison, is an outmoded model of opposition. The Australian people are over it, he asserted in a speech following last May’s budget. And yet the gap between the rich and the poor yawns wider than ever, and in an era in which wealth distribution is determined by international markets rather than by national hierarchies, government policies have more than ever to do with it.

The dispossessed, no longer a cohesive social class, are scattered across all demographics. Among them are professionals who have been laid off with little or no chance of re-employment, people rendered homeless after a marriage break-up, graduates burdened with debt but unable to find work above the minimum wage, and retired people with inadequate superannuation. And then there are the mentally ill, the disabled, the carers, those ruined as a result of bad financial advice, and those desperately in quest of citizenship. It’s a battle not about class, but about social justice, and Albanese is one of those who have always seen it that way. •

Where to for welfare?

The Coalition’s proposed budget cuts would have a disproportionate impact on low-income groups, write Peter Whiteford and Daniel Nethery in this detailed analysis for Inside Story 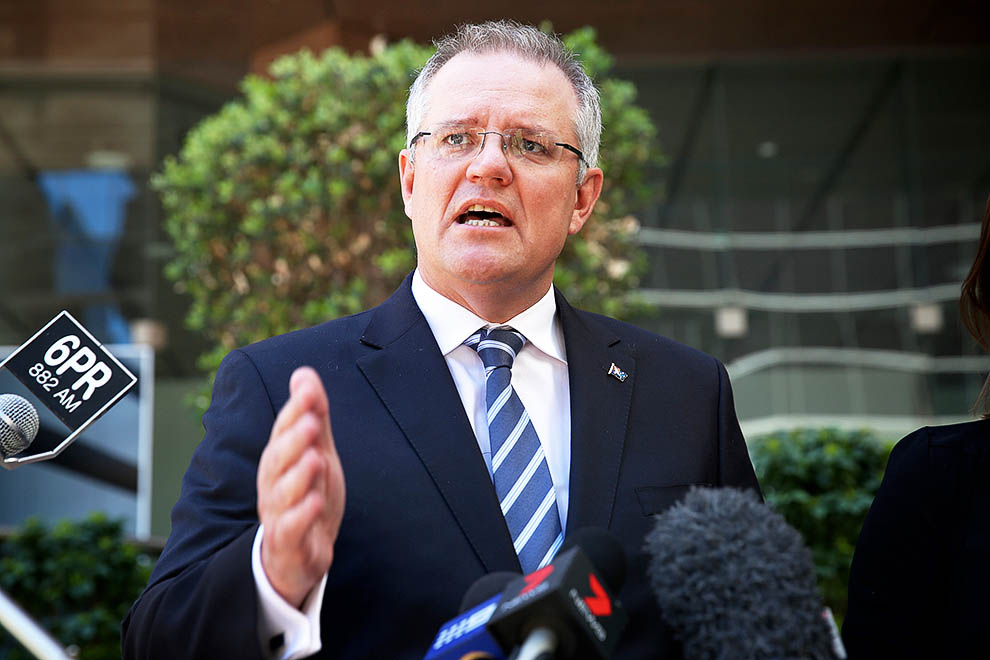