The security agency’s first public threat assessment was fine, as far as it went 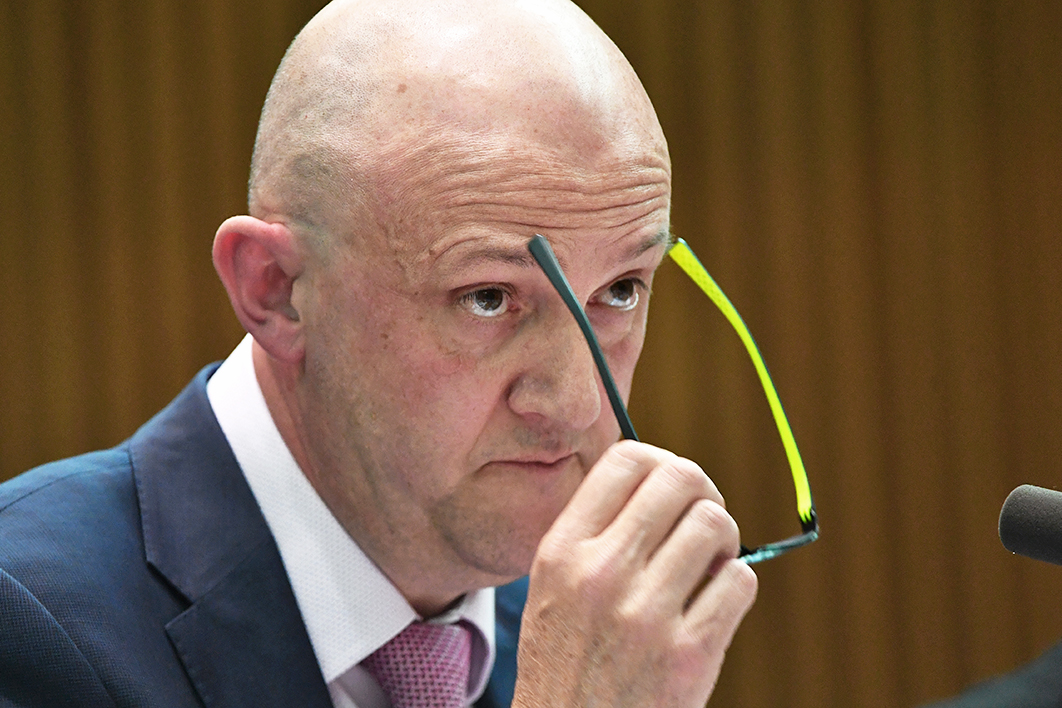 ASIO director-general Mike Burgess did something unusual and commendable this week when he released the first of what is to become an annual public assessment of the internal security threats faced by Australia.

Although nothing he told us about ASIO’s operations was particularly surprising, it’s important to place his remarks in a wider context. Accepting that the threats ASIO identifies are the only threats to our political wellbeing would be unwise, as would seeing its operations as the only solutions. Some threats are beyond ASIO’s remit but no less important for being so.

The Australian Security Intelligence Organisation was established in 1949 in response to evidence that Soviet espionage was damaging both Australia’s national security and its relationships with its allies. Its primary role was counterespionage — catching spies — but it had the secondary roles of countering subversion — activity aimed at overthrowing or undermining the elected government — and preventing sabotage of key defence facilities and infrastructure.

The cold war might be long behind us now but the capabilities developed by ASIO during that period remain highly relevant to the contemporary threats outlined by Burgess. He identified three main areas of activity for ASIO: counter-terrorism (protecting Australians and monitoring extremists who might threaten people in other countries, such as occurred in Christchurch in March 2019); detecting and countering espionage; and detecting and countering foreign interference.

ASIO also provides protective security advice to government and business and is responsible for security-checking prospective immigrants or visitors. And, of course, it security-checks people whose jobs will entail access to classified information.

ASIO undoubtedly has a serious and difficult job to do in relation to potential terrorist attacks, regardless of their religious or other motivation. In his assessment, Burgess assured us that the agency operates in full accordance with Australian law. No doubt that’s true, but we should be mindful of how wide a field that leaves open, given that over-zealous Australian governments have enacted more than eighty anti-terror laws since 2001, many of which have given extra powers to police and increased surveillance within Australia.

This blizzard of legislation has created and reinforced an over-reliance on the law, and law enforcement, leaving far too few community-based measures to minimise the chance of people succumbing to the siren songs of terrorist recruiters, and with no thought whatever of reintegrating into our society what Burgess himself calls “the vulnerable and impressionable young people [who have become] ensnared in the streams of hate.”

Burgess acknowledges that ASIO has what he modestly calls “significant powers under law,” but he assures us that its application of these powers is proportionate to the security threat or matter at hand. Maybe so, but how can we be sure, and how can we be sure that will remain the case? Those very laws give ASIO and other agencies such wide surveillance and coercive powers that they themselves are a potential threat to the very freedoms we are trying to protect.

Equally, espionage remains a fact of life. The motivations for espionage include traditional efforts to ascertain the capabilities of other countries’ military equipment, in order to find ways to counter it. But another motivation stems from arrangements like the “Five Eyes” intelligence-sharing arrangement between Australia, Canada, New Zealand, Britain and the United States, and from the fact that we use US-origin defence equipment.

It would be fair to say that the Soviet Union’s interest in conducting espionage in Australia in the late 1940s was motivated more by what it might be able to discover about what was going on in Washington than any particular interest in what was going on in Australia’s tiny capital. This was the key driver of the establishment of ASIO: the need to protect our access to allies’ information and technology by protecting them from Soviet espionage. That led inevitably to ASIO having prime responsibility for security clearance of personnel who would have access to classified information.

So much for our adversaries, but what of our friends? Governments of all stripes are interested to know what is really going on in Canberra’s corridors of power. Does the information conveyed by Australian officials and diplomats reflect Canberra’s real position? Where is its bottom line? These questions are as important when bargaining with friends (in trade negotiations, for example) as they are in negotiations with adversaries. So all diplomatic missions in Canberra, if they are doing their job, are seeking to find out more than our government is prepared to tell them.

And of course, there is also common or garden industrial espionage — people seeking to steal our intellectual property without paying for it. To the extent that ASIO can counter such activities, we should applaud.

It should be noted, however, that the first line of defence against espionage is not catching spies — important as that is — but protecting sensitive information. We must do all we can to ensure that the people who handle sensitive information are unlikely to divulge it, either through carelessness, personal vulnerability or a misplaced desire to assist a foreign actor for whatever reason. Here ASIO’s security vetting role is critical.

Another important protection is the “need to know” principle, which limits access to information to those who actually need it to do their job. If the cables downloaded by Private Manning and passed to WikiLeaks were as sensitive as the United States now claims in its pursuit of Julian Assange, how did this worldwide trove of US cable traffic become accessible to a lowly soldier sitting in an office in Baghdad?

Another threat mentioned by Burgess was foreign influence, which he described as “a broader, more nuanced concept.” He went on to say:

All foreign states seek to influence deliberations of importance to them. When those activities are conducted in an open and transparent manner they are not of concern.

However when it is conducted covertly by, or on behalf, of a foreign actor; when it is clandestine, deceptive corrupting or threatening in nature and when it is contrary to Australia’s sovereignty and interests, we classify this as foreign interference.

The foreign interference in the front of people’s minds is widely attributed to the Chinese government, which reportedly monitors the behaviour of Chinese students in Australia, pressuring those who step out of line, and also seeks by various means to influence our politics. We should undoubtedly seek to resist such interference. ASIO’s attention is rightly focused on activity that is “clandestine, deceptive corrupting or threatening in nature,” but I suggest that we as citizens should also keep a wary eye on a variety of activities that are conducted “in an open and transparent manner.”

Shortly after I became defence secretary I received a visit from the late Sir Peter Abeles, whom I knew from my days in the trade department. Sir Peter was accompanied by the Israeli defence attaché. They talked to me for a time about various Israeli defence technologies, including Israeli precision-guided munitions. All very interesting, but what I took to be the real point of the meeting came as it was drawing to a close. Sir Peter invited me to make a visit to Israel, at Israeli government expense, accompanied by my wife. No doubt the expected quid pro quo for this generosity would be some kind of benign view of Israel that I might not otherwise have had.

I thanked Sir Peter politely and said I would bear it in mind, and was left wondering just how many people of influence in Australia were in receipt of such invitations. Certainly Israel seems to appear on the itineraries of a remarkable number of Australian politicians, and it can hardly be a coincidence that Israel is virtually immune from criticism in federal parliament, or that Australian governments don’t even pretend to have an even-handed view of a settlement between Israel and the Palestinians.

Foreign influence on our politics is not limited to covert activities by governments. Consider, for example, the way the Australian Minerals Council, an industry association whose membership and board are dominated by foreign-owned mining interests, killed off the Mineral Resource Rent Tax, and with it Kevin Rudd’s prime ministership, in 2011.

ASIO has a real and difficult job to do, but we should be alert to the threats that it — and our other national security agencies and over-zealous politicians — pose to the freedoms they are supposed to protect. And we should bear in mind that our friends as well as our adversaries can seek to influence our politics in ways that are inimical to our interests. •

Paul Barratt is President of Australians for War Powers Reform and a former Secretary of the Department of Defence. He is an Adjunct Professor in the School of the Humanities, Arts and Social Sciences at the University of New England.

Japan approaches its Olympics across a tightrope of risk

As distant as the moon: primary school Olympic-inspired art at a railway station north of Tokyo in January last year. David Hayes 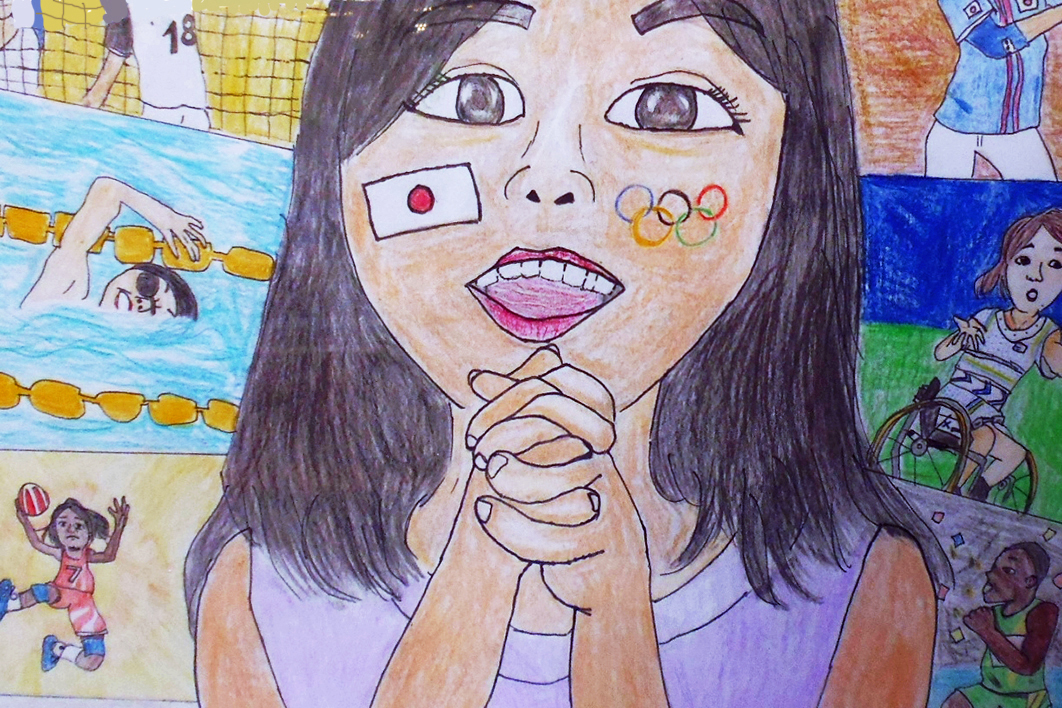 As distant as the moon: primary school Olympic-inspired art at a railway station north of Tokyo in January last year. David Hayes