Television | Doctor Who meets Broadchurch in its latest incarnation 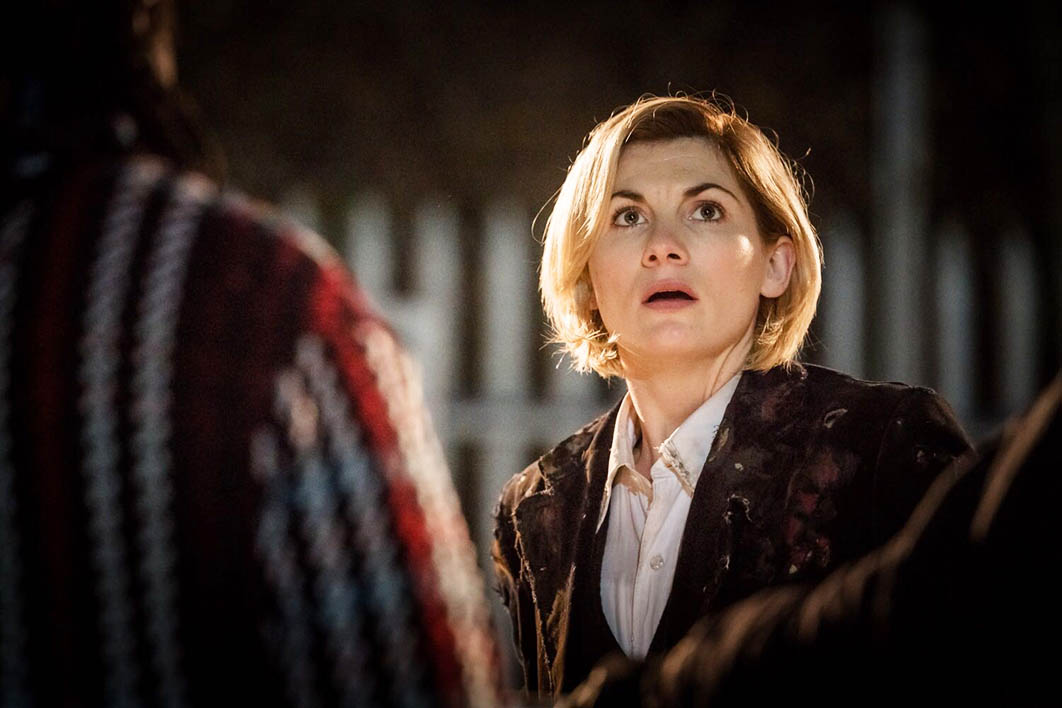 Who are we anyway? Jodie Whittaker in the latest season of the long-running series.

“I suppose one more lifetime won’t kill anyone,” gasped Peter Capaldi as he prepared for his final ordeal in last season’s Doctor Who. Fortunately, the good Doctor was declared immortal in 2010, when the BBC decided to overturn the twelve-regenerations limit built into the mythos of earlier series. It seems to have lost count anyway: the publicity for the new series says that Jodie Whittaker, who succeeds Capaldi, is the twelfth Doctor, but she’s the fourteenth if you include two telemovie specials.

Numbers may be of little relevance in this case, except that numbers are magic, and there isn’t much magic about fourteen. Doctor Who, the longest-running TV science fiction series, and one of the longest-running of all television series, passed its fiftieth anniversary five years ago, so there’s not that kind of symbolism here either. Will the Doctor’s first female incarnation be enough to regenerate the viewing figures?

The end of the last series saw the departure of Steven Moffat, whose influence as principal showrunner and executive producer had set the creative direction of the series since 2009. Moffat expanded its imaginative framework, drawing on historical genres — medievalism, Victorian supernaturalism, Regency comedy of manners. He also kept the earlier fictional worlds of the series itself in play, creating the cinematic extravaganza of The Day of the Doctor, made for the fiftieth anniversary, in which all the past incarnations were conjured up side by side.

Moffat’s freewheeling dramaturgical approach had its critics, but it raised the stakes, giving Doctor Who a new fan base among sophisticated genre followers who saw it as a laboratory for experiments in image and narrative.

Early indications are that the latest series is taking a more low-key approach, perhaps too much so, according to Moffat himself, who has issued a warning that the show looks cheap. Well, yes, it does, not least when we see the new Doctor assembling her outfit in an op shop: androgynous culottes with braces, shapeless coat and bad boots. She emerges as a human rendition of a plastic action figure: blue and white with a rainbow stripe across the chest.

With Chris Chibnall at the helm, best known for his work on Broadchurch, the technological glamour and scenic scale are pared back. Location as visual spectacle is replaced by an interest in what is local. Jodie Whittaker, who worked with Chibnall on Broadchurch, has also brought across some of that series’s commitment to social milieu and sense of place.

Whittaker hails from the ancient Viking village of Skelmanthorpe, fofty kilometres from Sheffield, where the new Doctor makes her first appearance, materialising in a train carriage full of chatty Yorkshire locals. With her chirpy, slightly goofy persona, she acts and sounds like one of them. There’s no gravitas here, and only a hint of mystique.

Twenty-first-century Sheffield is multicultural, and the new Who companions reflect that. Black actor Tosin Cole is Ryan Sinclair, introduced at the start of the first episode as a fraught teenager having trouble riding a bike. He keeps losing his nerve; then he loses his temper and tosses the bike over the cliff edge. His mother (black) and stepfather (white), who have been trying to help, sit on the escarpment with him, looking out over the city. Meanwhile, police officer Yasmin Khan (Mandip Gill) is trying to sort out a parking dispute between neighbours in a suburban street. Reporting the incident to her boss, she expresses frustration at its triviality. “I want something that’ll test me.”

Her wish is granted. She is sent to investigate the strange object Ryan has come across while searching for his bike in the forest. The object in question, which looks a bit like a giant blue garlic bulb, is a clunky low-budget pod whose eruption threatens to blow the credibility of the episode. It’s the social realism that saves it. Ryan and Yasmin realise they knew each other at primary school. The garlic pod isn’t interesting, but somehow they are.

Chibnall’s test run on Doctor Who is a bit like Ryan’s on his bike. He gets off to a shaky start, gathers confidence and pace, then crashes. The second episode, in which the Doctor and her new companions are teleported to a desert planet, is one of the most forgettable pieces of television in the show’s history. The verdict might simply have been down and out, but keeping your nerve is the theme Chibnall has decided to pursue, and with the third episode he seems to have got the vehicle under some kind of control.

Wisely, he brings the Who crew back to the home planet, to Montgomery, Alabama in 1955, to be specific, in the lead-up to Rosa Parks’s arrest for refusing to obey segregation rules on the bus system. When it comes to holding your nerve, Rosa Parks is in a class of her own.

Although some of the street scenes were filmed on location in South Africa, most of the episode has a retro “made in the studio” look, free of distractions from the special effects department. The mood of the story is set by Parks herself, who is played with poise and astringency by Vinette Robinson, and events unfold quietly. The whole affair, after all, revolved around a refusal to exchange seats on a bus.

“History changes when tiny things don’t go to plan,” warns the Doctor, who has detected the presence of a nefarious meddler in time schemes. The villain, a cool guy dressed in leather jacket and jeans as if for an appearance in Grease, has a subtle plan. He’s not going to try to break the course of history, “he wants to nudge it.”

Ryan and Yasmin, as non-whites, immediately find themselves caught up in the action. When Ryan is accused of attempted molestation after he approaches a white woman to return a dropped handkerchief, Rosa intervenes to draw him away, warning of what happened to Emmett Till. “They found his body in the river,” she says darkly, though we’re spared the historical particulars of that atrocity.

Till was only fourteen years old when he was lynched in August 1955. His mother insisted on having the mutilated body brought to the funeral in an open casket, to show the full horror of what had been done to him. Tens of thousands attended the funeral, and the event became a catalyst for the bus boycott following Rosa Parks’s arrest. History is not only about tiny things.

Long before Parks made her small gesture of dissent, a tidal wave of anger had been building. Martin Luther King, who makes a token appearance in the episode as a polite guest at a house party, was yet to become the figurehead of the movement. None of the fire and fury, and little of the violence are seen here.

From one point of view, that’s understandable. Doctor Who is traditionally shown as family viewing in the early evening; with youth fiction writer Malorie Blackman in charge of the script, this rendition of the Montgomery crisis is tailored for a young audience. Even toned down, though, it has had a strong impact. A massive response on Twitter prompted Blackman to comment that she was pleased to have opened up family conversations on racism.

Questions about the human species are surely at the heart of most good science fiction stories. Who are we anyway? What makes us, genetically and biologically? How does DNA become entangled with social and cultural influences? And how do we keep our nerve in the face of hostility and injustice? If the series keeps asking those questions, with sincerity and dramatic intelligence, it will survive another lifetime at least. •

An exhibition extraordinary in its ordinariness 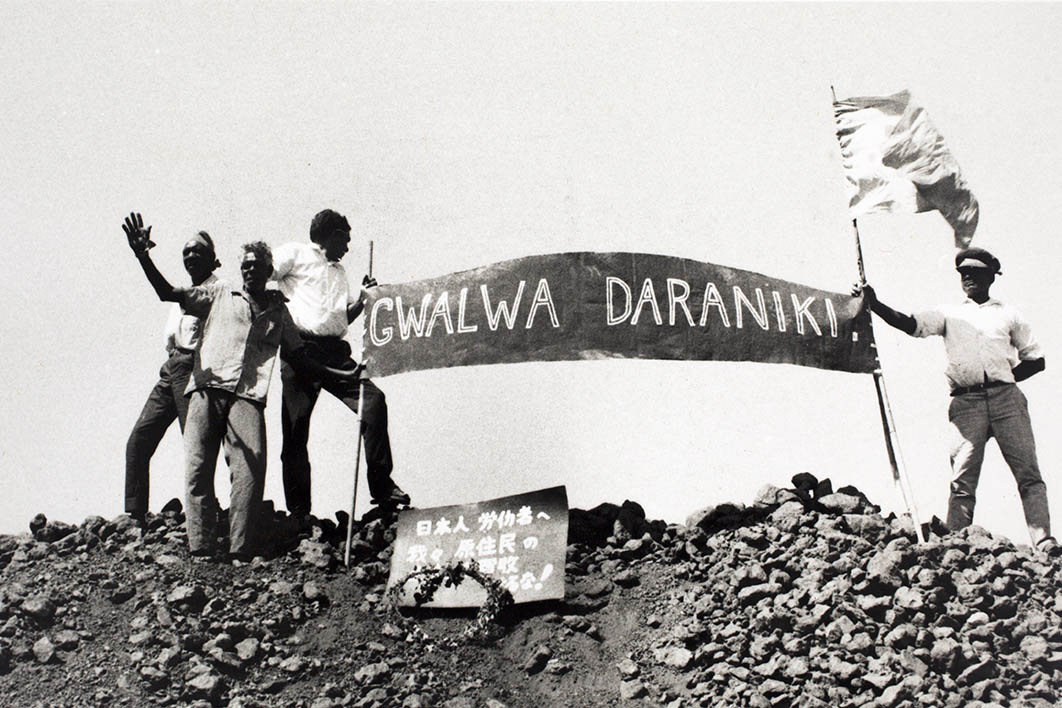