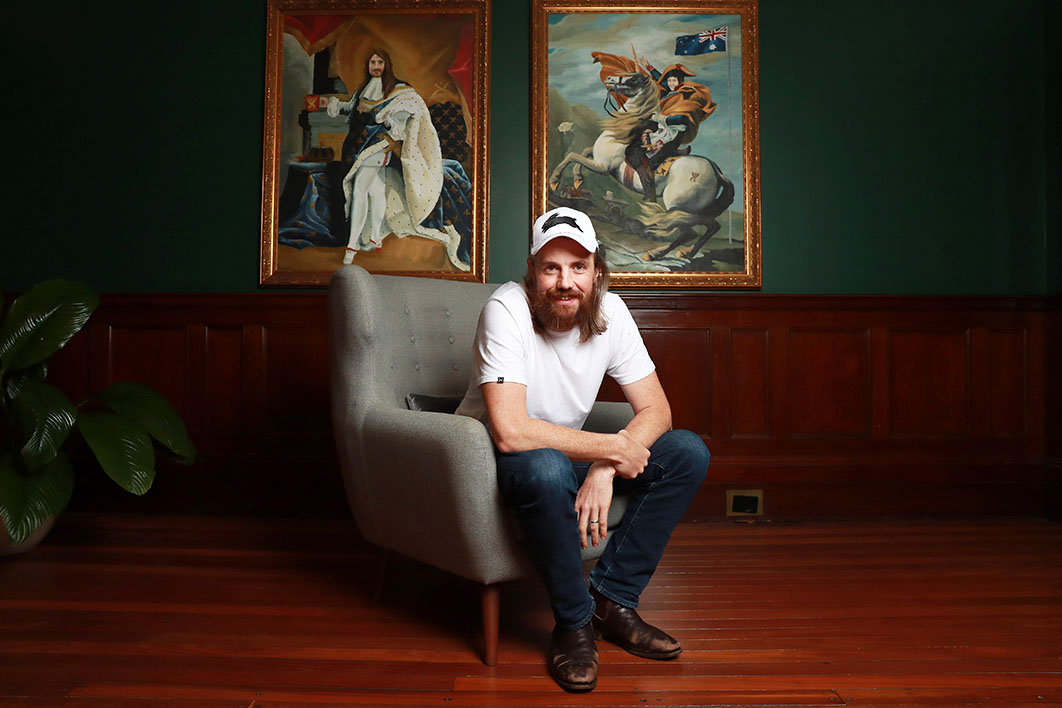 From a Sydney mansion with terraced lawns extending down to the harbour, one of the most influential Australians of his era, Sir Warwick Fairfax, used to take his Rolls-Royce into the head office of his newspaper empire and oversee the editorials that prime ministers and premiers read with close attention. But since the death in 2017 of his widow, Lady Mary Fairfax, “Fairwater” on Double Bay has been occupied by a tycoon of a different stripe.

Mike Cannon-Brookes, co-founder of the software house Atlassian, paid a record $100 million for Fairwater in 2018, and moved in with his young family. Atlassian’s other founder, Scott Farquhar, had already bought the neighbouring house, “Elaine,” which had been owned by Sir Warwick’s cousin and John Fairfax Ltd director Sir Vincent Fairfax, for $71 million.

The old Fairfax building on Broadway featured different tiers of catering, ranging from an executive dining room for senior managers, editors and directors down to two greasy-spoon canteens, one for white-collar staff and the other for the inky printers. A reserved elevator took Sir Warwick and other directors to the wood-panelled top floor. Otherwise the building was so bleakly utilitarian it was once used as a location for a movie set in Stalin-era Moscow.

Some 300 metres away, Atlassian’s new $546 million headquarters, recently approved by the NSW government as part of the remake of Central railway station, will be a forty-storey concrete, steel and timber structure running on 100 per cent renewable energy. It will feature indoor and outdoor garden terraces where executives and programmers will mingle under a corporate philosophy that declares “no bulls—t” as one of its guiding principles.

The Atlassian story, now a legend, has inspired a generation of internet startups. It began when Cannon-Brookes, a banker’s son who went to the expensive Cranbrook school, not far from where he lives now, and Farquhar, a working-class boy from Sydney’s outer suburbs who won a place at the selective James Ruse high school, met during information technology and science classes at the University of NSW.

On graduating in 2002, they formed Atlassian and began work on a new program called Jira, designed to improve collaborative software development projects and sort out program bugs. They financed the startup with $10,000 drawn on maxed-out credit cards. Jira and other products designed to enhance creative cooperation found ready markets. Two decades later, Microsoft, Oracle and the other top-ten software makers use Atlassian products, as do major global companies including Shell, Toyota, Amazon and Nokia Verizon, and universities including Harvard, Stanford, Yale and MIT.

In 2010 the partners raised US$60 million from a big US venture capital fund, and in 2015 they floated Atlassian on the Nasdaq stock exchange in New York. It now has a market capitalisation of US$108 billion, making it the 143rd-biggest corporation in the world by that measure, with 6000 employees in Australia, the United States, the Netherlands, the Philippines, Japan and India. Cannon-Brookes and Farquhar both own 22.7 per cent, making each of them worth US$24.5 billion.

The two partners haven’t just spent big on the finer things in life. They have also been lobbing boulders into the stagnant ponds of Australia’s economy and politics. Belatedly, a decade or so after the United States, tech billionaires are disrupting Australian business, and their firepower is immense.

One of the first inklings came in early 2017 when South Australia suffered a statewide blackout after tens of thousands of lightning strikes and two tornadoes cut power lines. Conservative politicians and journalists pounced, blaming the then Labor state government for relying too much on wind and solar power rather than “stable” coal or gas generators.

Cannon-Brookes picked up on a claim by Tesla’s vice-president for energy products, Lyndon Rive, that his company’s big lithium batteries could fix the state’s energy network in one hundred days. On Twitter, he asked Tesla founder Elon Musk how serious he was. “If I can make the $ happen (& politics),” he asked, “can you guarantee the 100 MW in 100 days?”

“Tesla will get the system installed and working 100 days from contract signature or it is free,” Musk tweeted back. “That serious enough for you?”

The big battery began operating in November that year, some sixty days after an agreement had been signed between Tesla, French renewable firm Neoen, and the SA government. As a backup, it can power 30,000 homes for eight hours, or 60,000 homes for four. As a source of cheap power, it’s estimated to save South Australian consumers about $40 million a year.

The battery’s capacity is currently being doubled, and state governments and power companies around Australia are following its example.

“The way capital has moved much more strongly towards renewables than the Coalition has is fascinating,” says former Australian National University professor of economics Andrew Leigh, now a federal Labor MP. “You can see the tension within the Business Council of Australia and how increasingly renewables are being seen as the sensible way to go.”

Leigh believes that Mike Cannon-Brookes stands out so much because the Australian business landscape has been so static. Aside from pharmaceutical major CSL, he says, the five largest firms on the stock market are the same as they were thirty-five years ago. “You see much more dynamism and flux in the US. The US has completely turned over its top five companies in the last thirty-five years, and the dominance of tech in the share market has been well-established for a decade.”

Business is coming round on climate, though. Leigh reports having very different conversations with business leaders from those he has with his counterparts on the other side of parliament. Coalition MPs, he says, “are caught up in talking about 2050 targets when the conversation in Glasgow is going to be about 2030. They’re still running scare campaigns about electric vehicles ending the weekend. You get a sense when you are talking to businesspeople that they’re excited about what Tesla and others are doing, they’re looking at renewables, they’re aware they have to account to the market on climate emissions. It’s just a very different conversation.”

“It’s a great thing for Australia that Cannon-Brookes and Farquhar have made an absolute fortune,” says Ralph Evans, a former head of the federal government’s Austrade. “There have been venture capital successes before, but much smaller. This is a very big one and it shows it can be done. It will encourage many others.”

Evans cites other examples of emerging firms, notably the Sydney-based graphic design platform Canva, started by Melanie Perkins, Cliff Obrecht and Cameron Adams in Perth eight years ago, which now has 1500 staff and 750,000 customers worldwide, and is valued at US$40 billion.

For Evans, the Atlassian partners reflect the spirit of the San Francisco Bay area. “It’s full of people like Cannon-Brookes and Farquhar,” he says. “They are not going to put up with what they’re told to think by Murdoch or Donald Trump or anybody else like that.”

As well as taking a high-profile position on climate, the company weighs into debates on immigration, arguing for more open transfers of expertise, and IT security, questioning the push by intelligence agencies to compel communications and social media companies to give them “backdoor” access to encrypted data.

But green technology is the subject that has brought Cannon-Brookes out into advocacy — and action. Over the past week, as Morrison dragged his Coalition partners into reluctant agreement on a net zero target for 2050 while sticking with the Abbott government’s target of 28 per cent reduction by 2030, Cannon-Brookes has been spurring action outside the federal government.

He and his wife Annie pledged to invest $1 billion in green technology projects and donate a further $500 million to organisations working on the climate crisis, and promised that Atlassian itself would be a net zero operation by 2040. He says the 2050 target cited by Morrison as a historic moment was already a “done deal” for most of the advanced economies, with ambitious 2030 targets now far more important.

His latest commitments come on top of some $1 billion that Cannon-Brookes has put into green energy ventures. One is a company called Sun Cable, with offices in Singapore, Darwin and Sydney, started by partners David Griffin, Mac Thompson and Fraser Thompson. It was seed-funded by Cannon-Brookes’s private investment firm, Grok Ventures, alongside iron ore magnate Andrew Forrest’s Squadron Energy and others.

On 20 October, as the Nationals caucus was still chewing the grass stalks on net zero, Sun Cable announced that a raft of important global firms, including engineering giants Bechtel, Hatch and SMEC, were joining its $30 billion project to take solar power from northern Australia to Singapore.

The project involves some 125 square kilometres of solar arrays in the Simpson Desert, connected to Darwin by an 800 kilometre cable, and then undersea to Singapore by a 4200 kilometre high-voltage direct current cable. The project is designed to supply 15 per cent of the island republic’s electricity and cut emissions by enough for it to reach its 2030 abatement target. Construction is planned to start in 2023, with completion in 2028, when it is expected to generate about $2 billion a year in earnings for Australia.

It’s a big test of the cable transmission technology. The most ambitious example so far is an 800 kilometre high-voltage direct current cable between Norway and Britain, with shorter ones from offshore windfarms to European centres. But a solar-cable project over a similarly ambitious distance is proposed to link solar arrays in Morocco with Britain.

Iain MacGill, a UNSW associate professor of electrical engineering who has collaborated with Sun Cable, says the project is “technically leading edge” in its combination of terminal configuration, distance, power transfer capacity, and water depth. “There are other HVDC links that collectively do most of these things (except that distance), but not all together,” he says.

“The commercial challenges and risks are likely the most important in terms of the project being implemented,” MacGill goes on. “However, the commercial opportunity is also extremely attractive given Singapore’s current reliance on gas generation, limited local renewable energy options, and plans to increase their use of renewables and reduce emissions.”

Another big renewables scheme, the solar-and-wind Asian Renewable Energy Hub proposed for northwest Australia, has switched from HVDC energy exports to green hydrogen and now green ammonia. Ralph Evans notes that Singapore is already building floating solar arrays in its own backwaters, and could find larger floating arrays in nearby Indonesian waters a cheaper proposition than the distant Australian source.

Somewhat ironically, Scott Morrison has found himself part of the marketing for Sun Cable, pushing its merits to his Singapore counterpart Lee Hsien Loong on a stopover to the G7 summit earlier this year. Australia’s ambassador in Jakarta, Penny Williams, also worked to gain the Indonesian government’s approval for the undersea cabling, announced last month, with the project pledging $2 billion in technology transfers to Indonesian institutions.

After these latest announcements, Cannon-Brookes said Sun Cable could be just the start of renewable energy exports, and Australia should be thinking of a “500 per cent” renewables target.

“Every step forward puts the naysayers further in the rear-view mirror,” he tweeted. • 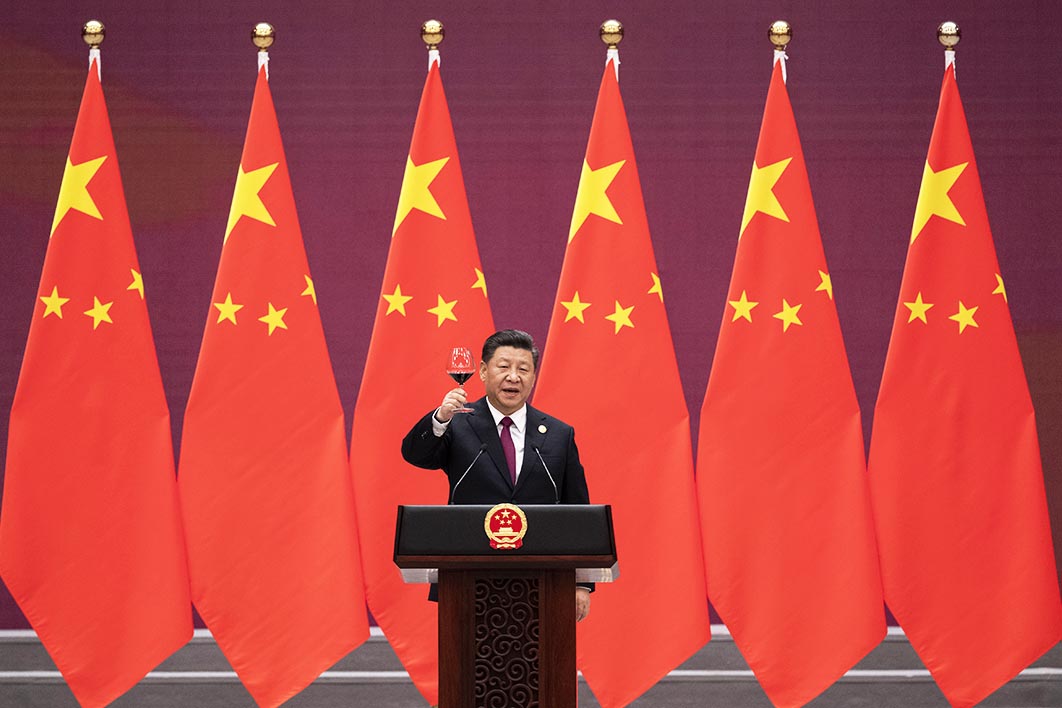