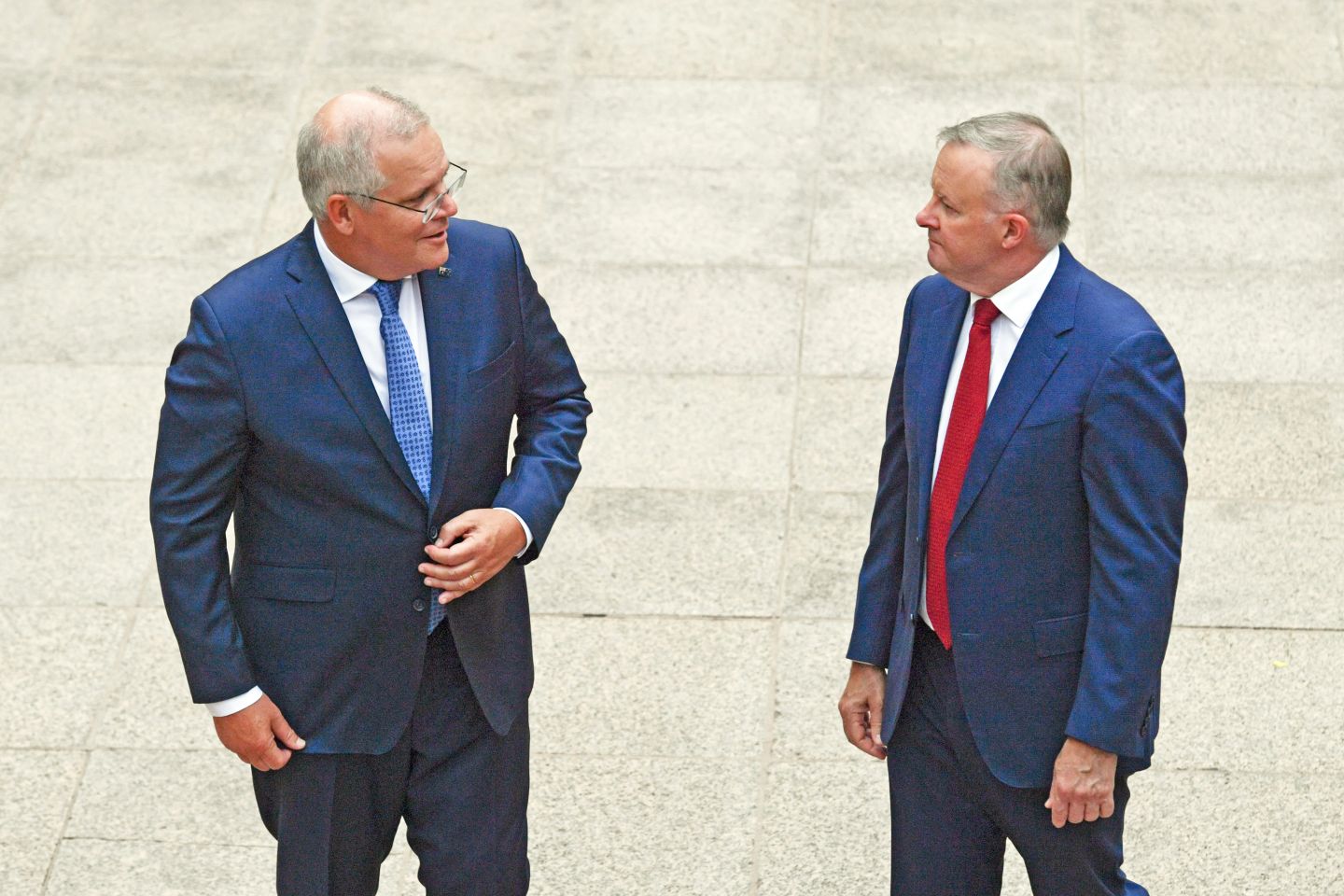 Australian politics is broken in many ways, probably none more so than climate change policy. On one side the Coalition parties, all a’swagger with their perceived advantages over the last decade, are pulled to the extreme by a minority in the party room, the wider conservative movement and sections of the Murdoch media. On the other, Labor is bruised and battered, with quite a lot of members having internalised who and what the party’s enemies believe it should stand for. (Apparently it’s the tiny proportion of Australians who work in mines or live in mining communities.)

Over the past thirteen years the plan for a carbon price has gone from bipartisan policy in 2007 to a reviled, broken promise — a “carbon tax” — barely three years later. (That “tax” was reviled at least until it was introduced in 2012, when its hip-pocket impact barely registered.) After the enfeebling governing arrangement with the Greens came Labor’s seven-plus years in opposition, about which the less said the better.

So the federal opposition won’t take anything very meaningful about climate to the next poll — and who can blame them? After all, they would quite like to be in office again, and as they were reminded in 2019, complicated policies with big price tags are perfectly fine at elections — as long as you’re not on the side proposing them.

Still, Australia’s contribution to global warming, while sky-high per capita, is tiny in absolute terms, and the good news is that Joe Biden’s election as US president seems to have generated momentum for international action. Just this week came reports that Britain’s prime minister, Boris Johnson, has “directed British government departments to come up with options for carbon border levies.” Biden and the European Union have already mooted such approaches.

So while Scott Morrison and Anthony Albanese are on a unity ticket that we don’t need to price our carbon, the big international players are saying: no worries, we’ll price your carbon for you — or at least the carbon implicit in what you export — and our governments will pocket the proceeds, thank you very much.

One of the objections to a unilateral carbon price like the one we had from July 2012 to June 2014 (generating revenue of around $10 billion annually, which was ploughed back into people’s pockets) is that it delivers an advantage to competitor countries with laxer environment standards, enabling them to make and sell widgets more cheaply than we can. A concurrent Australian carbon border levy/adjustment/tax, on the other hand, would have evened the playing field by putting a tariff on those goods entering our country.

So the fact that these heavy hitters — making up more than a third of the world’s economy — are contemplating such action is potentially great news for the planet. And because Australia is part of the planet, it’s good news for us, albeit with the downside of billions of dollars going to overseas governments via border adjustments every year instead of into our own coffers via a carbon price, entirely due to our own stubbornness.

All going well, other countries will price their own carbon in response, and price others’ too.

Some scream “protectionism!” but the protection is for the planet and its inhabitants against the often catastrophic consequences of ever more climate change. (Is “catastrophic” too strong a word? It seems appropriate for our 2019–20 bushfires.) Others screech “distortionary!” but that is the whole point — to push human behaviour towards producing less greenhouse gas.

In the past, Australian political parties used to get away with keeping ambitious plans under wraps during election campaigns before plonking them on the table midterm. Despite much mythology, the trick was less about the giants of the past explaining the need for reform than about pushing legislation through the Senate and making it law well before people next attended a ballot box. Most of the blessed Hawke and Keating and Howard–Costello reforms (the GST the obvious exception) arrived by this path.

But that’s getting harder and harder, partly because journalists increasingly insist leaders “rule out” policies during election campaigns, and also because of swelling crossbenches in arguably the most powerful upper house in the parliamentary world. The days of policy just needing the agreement of the self-consciously centrist Australian Democrats are long gone.

So, all going well, Australia will have a carbon price, leading to lower emissions, but it will be levied on us by the rest of the world. Our government (that is, we) will miss out on the revenue. One day, maybe, our political system will allow a government to behave rationally and we can price it ourselves. •