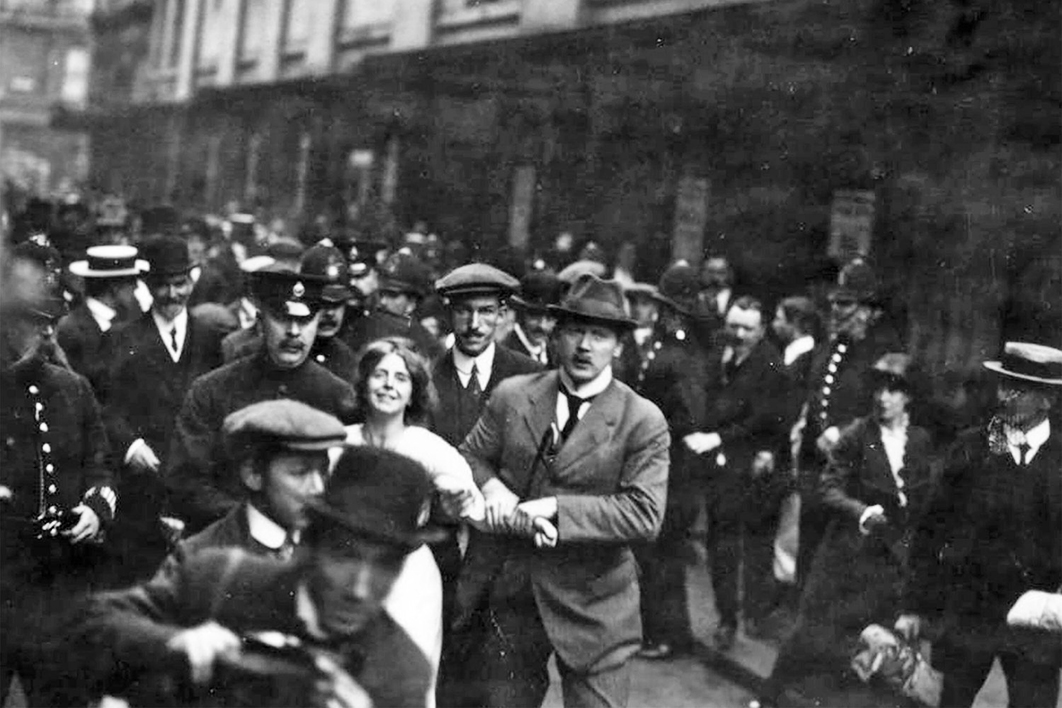 The history of feminism is packed with women who changed the world but have since been forgotten or cast out because they were in some way “difficult.” Take birth-control advocate and sexologist Marie Stopes, for instance. While she’s hardly disappeared from view — her name is attached to a worldwide sexual health organisation — her avowed support for eugenics and her egomaniacal personality mean she is not easily embraced as a feminist pioneer. Historians can provide context to make Stopes’s views more comprehensible, but she’s not going to cut it as a reclaimed icon in the same way as anarchist Emma Goldman, who now adorns t-shirts and tote bags. Goldman was “difficult” too, of course, but in ways more appealing to contemporary sensibilities.

In her refreshing pop history Difficult Women, British journalist Helen Lewis makes room for the likes of Stopes, one of the better-known figures profiled among an eclectic (though mainly British) group that also includes working-class suffragette Annie Kenney, trailblazing football player Lily Parr and Maureen Colquhoun, who in the 1970s became the first “out” MP in British history. The subtitle — A History of Feminism in 11 Fights — refers to how the book is thematically organised around various struggles (like divorce reform, the vote and access to education), most of which remain unfinished or ongoing business (sex, love, work and, perhaps especially, time). Hers is a productive approach — the examples are mostly confined to Britain but still have the capacity to surprise or even enrage, and every theme translates to Australia. While we have had no-fault divorce since 1975, they still don’t have it in Britain. Access to safe abortion remains an issue everywhere, and every victory is hard-won.

For readers attuned to feminist debate and conflict, the subtitle also suggests a history of feminists fighting each other over the best way forward. And while there’s certainly some of that, including Lewis’s sharing of her own exasperation with present-day “woke” culture and what she sees as its unreasonable demands, the real substance here is in her vivid accounts of a range of feminist causes and the women who have helped to advance them. Her appreciation of her subjects — even, or especially, when she disagrees with them or they’re not particularly likeable — is contagious.

Some of the difficult women are long dead, among them Caroline Norton, who began lobbying for women’s custodial rights in the 1830s when she lost custody of her own children after her husband George sensationally put her on trial for adultery. Or Sophia Jex-Blake, one of the Edinburgh Seven campaigners who won the right for women to study medicine in the 1870s (with the “proviso that lecturers did not have to teach them alongside the men”). When required, Lewis dutifully and sometimes performatively speaks to historians and visits archives, but she’s best in journalist mode, interviewing surviving “difficult women” or activists who continue the fight.

These include the formidable Erin Pizzey, possibly the most influential domestic violence campaigner of all. Pizzey would be a “feminist hero,” writes Lewis, if not for the fact that her theories about gendered violence have morphed so far from feminist analysis that her most receptive audience is now among men’s rights activists. Lewis offers a sympathetic and clear-eyed account, reinforcing the point that “Pizzey’s difficult relationship with feminism does not mean that she has to be written out of the story.”

Lewis is no feminist theorist, but mostly this works to the book’s advantage. She concludes with her own manifesto for difficult women, by which stage the point has already been well made. Of greater interest is how she brings different feminist activists, thinkers and texts together around a shared theme. In the chapter on time, she interviews sociologist Arlie Hochschild, best known for the sometimes-misused term “emotional labour,” about how her own experiences as a working mother informed books like The Second Shift (1989). Lewis also gives due credit to Selma James as a feminist visionary, noting that her 1952 pamphlet, “A Woman’s Place,” written from the perspective of a working-class, immigrant woman, anticipated Betty Friedan’s The Feminine Mystique (1963) by over a decade.

Lewis’s ambivalence about the campaign for which James is most famous — Wages for Housework — makes for a layered and lively analysis, including for readers like me who gravitate more to James’s politics than those of Lewis. Nor does it preclude her from having a lightbulb moment about the Marxist influence on feminism. “It’s an odd quirk of history,” writes Lewis, “that most of today’s younger feminists know little about Marxism” yet “we have inherited an intellectual tradition steeped in it.”

The Marxist influence on feminism includes intersectionality, a feminist theory Lewis is better at applying than pontificating about. She offers, for example, a thoughtful and fresh account of Jayaben Desai, who as a recent South Asian migrant led the historic strike at the Grunwick film-processing lab in the mid 1970s. Elsewhere, Lewis wades into what she calls the “intersectionality wars.” As a high-profile, white, middle-class feminist in Britain, Lewis has been targeted as irredeemably privileged, but her lamenting of this treatment reads as more defensive than insightful.

Mercifully, she keeps that discussion short, otherwise it might have dated or limited the appeal of what is a pleasingly ambitious and wide-ranging feminist read. While immersed in it, and ever since, I’ve been imagining an Australian equivalent. As Lewis so effectively demonstrates, difficult women have been a driving force wherever feminism has taken root, and it’s important to honour them, flaws and all. •