Why do we end up with so many inept leaders? 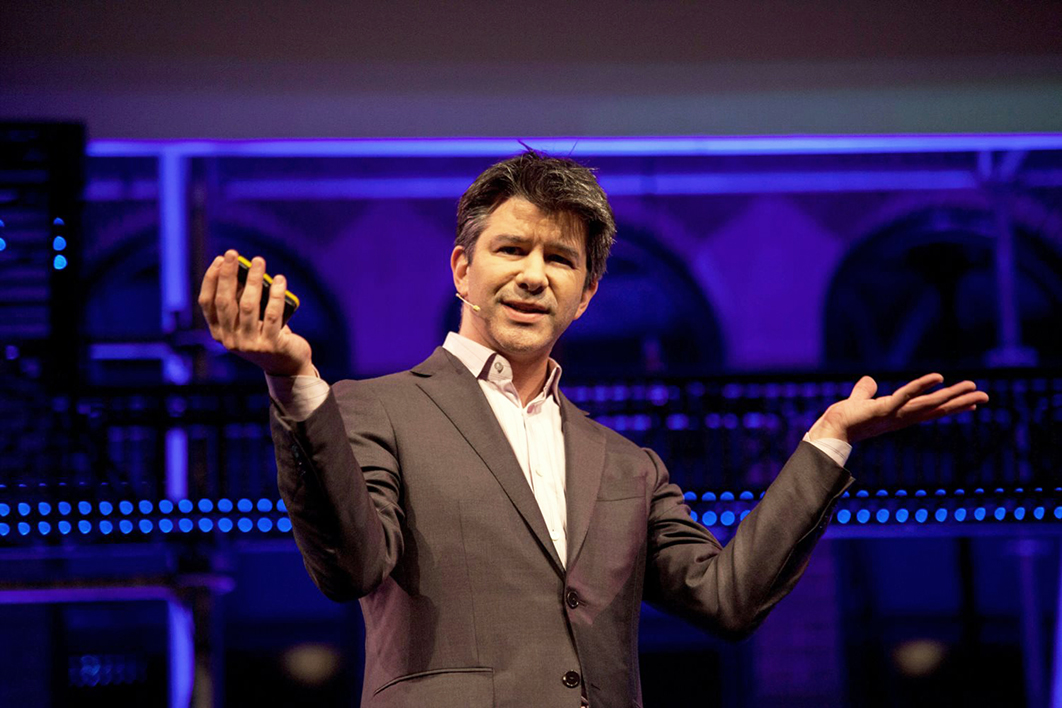 Why Do So Many Incompetent Men Become Leaders? (And How to Fix It)
Tomas Chamorro-Premuzic | Harvard Business Review Press | $39.99 | 176 pages

She liked to wear black turtleneck sweaters, just like her hero, the late Steve Jobs. Her large, unblinking eyes would stare out from the marketing videos of her billion-dollar tech company. Her strangely modulated voice — a seemingly rehearsed but inconsistent baritone — would recount parables of hope, faith and good deeds, coaxing tens of millions of dollars from beguiled investors.

Unfortunately it was all a pack of lies.

Elizabeth Holmes had dropped out of university when she was nineteen — just like Jobs, Bill Gates and Mark Zuckerberg before her — and set up a company called Theranos. The name comes from mixing the words “therapy” and “diagnosis.” Under her guidance, Theranos set out to disrupt the blood-testing industry using a technique so revolutionary that she couldn’t possibly reveal how it worked.

No more would patients need to suffer a needle puncturing their veins. A mere pinprick would suffice. And no more would your precious bodily fluid be sent off to “the lab.” You would simply insert the tiny sample into a black box not much bigger than a computer’s printer, and it would analyse it right there in the pharmacy or supermarket.

It would be painless, safe, accurate and cheap; and it could carry out over 200 tests on that tiny amount of blood. And if you lacked faith, you had only to look at the name on the box: it was called, reassuringly, The Edison. It was going to save millions of lives and it was going to make billions of dollars.

A young woman in a big hurry, Holmes surrounded herself with old, powerful, white men. The Theranos board boasted two former secretaries of state, Henry Kissinger and George Shultz, two former defence secretaries, William Perry and James Mattis, and a brace of senators, with an admiral thrown in for good measure.

By 2014 Theranos had raised over US$900 million from investors and was valued at US$9.6 billion. Holmes was feted by former president Bill Clinton and snapped with celebrities, and graced the covers of influential magazines. She had become the world’s youngest female self-made billionaire.

As Alex Gibney’s recent documentary, The Inventor, shows, Holmes wasn’t selling reality; she was selling a carefully constructed myth — and she knew it. She wasn’t a twenty-first-century version of Thomas Edison: the black box was a dud.

In Silicon Valley it’s often said that “you fake it until you make it.” Holmes obviously took this mantra to heart, and for more than a decade she managed to sell a story that wasn’t backed up by the data. And then an investigative reporter at the Wall Street Journal called John Carreyrou wrote an article that drove a stake through its heart. He revealed that far from disrupting the business of blood testing, Theranos had relied on its competitors’ technology to do its testing because its own didn’t work.

It was the beginning of the end for Holmes. She has now been indicted on fraud charges and will go to trial next year.

A lot of energy and investors’ money went into an idea that wasn’t viable. Even Rupert Murdoch, bless him, lost US$125 million. But credulous billionaires weren’t the real victims here.

A pilot scheme using the Edison boxes, run in conjunction with the US retail giant Walgreens (“trusted since 1901”), delivered misdiagnoses to unsuspecting consumers. Ian Gibbons, the Theranos chief scientist who had tried to warn his boss about her idea’s flaws, committed suicide when he thought he would lose his job.

So how did a young, inexperienced woman turn a pile of nothing into a company valued in the billions? By acting like all the other bad leaders in history — and there are plenty of them. In fact, it’s a miracle humanity has got this far because history is pretty much the story of incompetent male leaders — and, increasingly, incompetent women like Elizabeth Holmes.

A book called Why Do So Many Incompetent Men Become Leaders? doesn’t look like it would offer too many insights into the Theranos fiasco, but it does. The book’s author, business psychologist Tomas Chamorro-Premuzic, starts out with a provocative insight. Most leaders are bad, he argues, and most leaders are male. Coincidence? He doesn’t think so.

Bad leaders, according to Chamorro-Premuzic, are self-centred, overconfident, entitled, narcissistic and, in some cases, simply psychopathic. Because these traits are more common in men than in women, they are also more common in leaders.

Across the fields of human endeavour — politics, the arts, sport, business — the best leaders are humble, and that trait is more common in women. The irony, of course, is that the traits that make a leader more effective are usually found in the people we don’t pick for the top jobs.

There is compelling evidence, for example, that women will be more effective leaders if given half a chance. Female bosses are more likely to elicit respect from their staff, communicate well, successfully mentor subordinates, and be creative when it comes to solving problems.

Elizabeth Holmes took her cues about leadership from men. She dressed for success by adopting the wardrobe of Steve Jobs; she dropped her voice half an octave to a male register; she copied the model of the “successful” male leader. And it worked — until it didn’t.

Charisma, according to Chamorro-Premuzic, is also widely misunderstood, and antithetical to the success of women. Charisma is not necessarily an innate attribute; it is often bestowed on individuals because of their position. Remember the divine right of kings? I bet that generated a lot of charisma in societies based on religion.

Elizabeth Holmes was a chief executive at a young age, therefore she must have charisma. Will she be considered charismatic by her cellmates if she goes to jail? Not so much.

Chamorro-Premuzic isn’t saying women always make better bosses. He’s saying a good leader possesses certain traits, and these traits happen to be more prevalent in women. Women who copy the traits of “successful” men won’t become good leaders. At the extreme end of the scale, they will become Elizabeth Holmes.

But humanity is trapped by a paradox. The personality traits and behaviours needed to become a leader and the skill set required to lead are two very different things. “The more I have studied leaders and leadership,” Chamorro-Premuzic writes, “the more I believe that the much bigger problem is the lack of career obstacles for incompetent men.”

By all means let’s break the famous glass ceiling. But society should also get up on a ladder with a hammer and nails and make sure there’s some pretty strong wire mesh holding back the self-regarding, the narcissistic and the psychopathic.

Chamorro-Premuzic also confirms something you may have observed at your place of work. The careers of friendly, empathetic and agreeable men are often curtailed in the same ways that the careers of competent women are stymied. The common view that “good guys finish last” is now backed up by rigorous research.

So why do electorates and HR departments, headhunters and congregations still fall for it? Why do baddies finish on top?

Freud suggested that a group’s leader often emerges when followers replace their own narcissism with the leader’s narcissism. Their love for the leader becomes a subliminal form of self-love. A cult would be the most extreme example.

According to Chamorro-Premuzic, in business and politics, in sports clubs and on school councils, “we have created unspoken stereotypes of leaders as people — usually men — who seem oblivious to their weaknesses. And we have great tolerance for people — again, usually men — who are not as talented as they think.” Freud doesn’t get a lot right, but he might be on to something here.

As more women (and men) who possess the leadership traits traditionally associated with women gain access to power, the model of what makes a great leader may change.

There might be fewer overconfident narcissists — of both sexes — and more honesty and modesty among our leaders. Fewer Trumps, more Arderns.

Artificial intelligence could also usher in a new age of leadership, argues Chamorro-Premuzic. If machines can outperform leaders when it comes to managing data and solving technical problems, then maybe leaders “will compete in terms of their ability to manage people,” he says.

Chamorro-Premuzic is commendably optimistic. But as that shining light of rectitude and humility, Napoleon Bonaparte, once said, “A leader is a dealer in hope.” And so, I suppose, are business psychologists who write books about leadership. •