Why trust and privacy are not the same thing 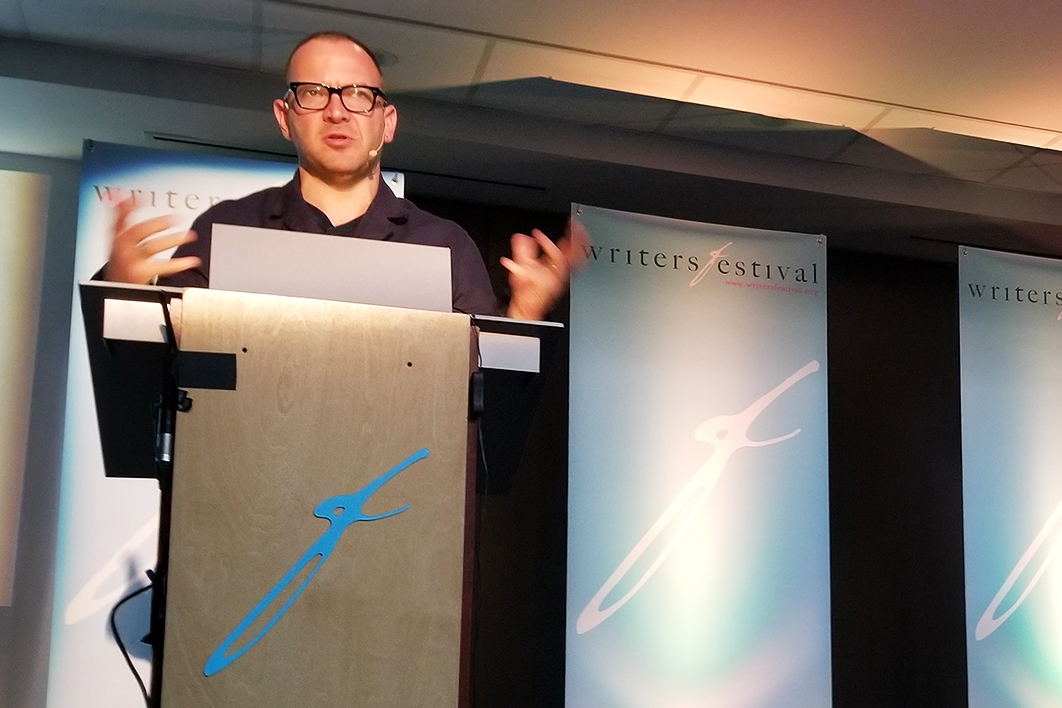 The struggle against privacy breaches and commercial surveillance is the next activist frontier, says Cory Doctorow. Mike Gifford/Flickr

The trust debate is everywhere. It dominated the 2019 World Economic Forum in Davos, where worries were raised about how a decline in trust adversely affects innovation, slows economic growth and divides societies. The latest, much-cited Edelman Trust Barometer finds widespread distrust of the institutions of government, business, the media and civil society in most nations it surveys. And a lack of trust contributes to the other perceived crisis of our times — the global rise of populism, and the extent to which it is fuelled by, and fuels, a backlash against globalisation.

With the big digital technology corporations being a major target of these worries, a global “techlash” has been gaining momentum. Politicians and regulatory agencies in Germany, France, Britain, Australia, Canada and, most recently, the United States have been calling for greater regulation of Google, Facebook, Amazon, Apple and other companies.

The Cambridge Analytica scandal — the revelation that the data of up to eighty-seven million Facebook users was harvested by political campaigns including Britain’s 2016 Brexit referendum and Donald Trump’s presidential campaign — was an ostensible trigger for the debate about the misuse of personal data by the digital platform giants. But concerns about the rise of digital monopolies and surveillance capitalism have been brewing for some time. It was no surprise that Democratic Party 2020 presidential nominees, such as Elizabeth Warren and Amy Klobuchar, have made it a centrepiece of their campaigns.

The End of Trust is the first nonfiction collection from McSweeney’s, an American publisher best known for its literary fiction. Published with the editorial support of the Electronic Frontier Foundation, it features essays by authors including Cory Doctorow, Ethan Zuckerman, Gabriella Coleman, Douglas Rushkoff and Bruce Schneier, as well as interviews with Edward Snowden, Julia Angwin, Alvaro Bedoya and Virginia Eubanks.

Working across a range of topics, the core theme of the collection is that individual privacy has been eroded by the predatory behaviour of digital technology companies and the ever more elaborate and pervasive surveillance systems used by government agencies involved primarily with law enforcement but reaching into other domains. While the roots of distrust in the United States are multi-causal and predate the internet (and this is very much a book rooted in the US setting), it has been supercharged by digital platforms and ever-more sophisticated systems for monitoring personal activity.

At the heart of the essays is a cooling of enthusiasm for all things digital, particularly from one-time true believers. Sara Wachter-Boettcher captures this in her essay on gendered online harassment and abuse, noting that while she never particularly trusted tech companies, she was an enthusiast for Twitter as a means not only to connect with peers but also to “bring together my personal and my professional sides, teasing out a space for myself that felt smart and authentic.” The loss of trust described here is not so much in the institutions, let alone the culture of the tech industry, but in one’s self, and how that self is projected out via digital platforms.

Like many of the contributors to The End of Trust, Cory Doctorow focuses on privacy. Doctorow presents the struggle against privacy breaches and commercial surveillance as the next activist frontier, akin to struggles to tackle climate change or challenge the tobacco industry. Noting the risks of what he terms “privacy nihilism” — the sense that since we are not going to stop using email or social media or satellite navigation, then there is nothing we can do about harms associated with the loss of privacy — Doctorow presents the struggle as being between those who use digital technologies for surveillance and those who are deploying cryptographic tools that make “evading surveillance more possible than at any time in history.”

The back-and-forth about whether the primary matter of concern is privacy or trust is a feature of this collection. For Bruce Schneier, privacy is an essential component of personal liberty, of the capacity to flourish as a person and, as a consequence, of social progress. Societies seen as having low levels of privacy, and correspondingly high levels of censorship and surveillance, become stagnant because “we simply aren’t as willing to be our individual selves when others are watching.” Privacy also protects minorities and those who deviate from the social norms of the time from “the tyranny of the majority,” and since acts of subversion of such norms are essential for progress, there is a social cost to forms of government and corporate surveillance that restrict the freedom to experiment.

The focus on decentralised systems as the ultimate foundation of trust leads, perhaps not surprisingly, to blockchain. One of the more intriguing contributions comes from the National Security Agency whistleblower Edward Snowden in a spirited interview with his lawyer, Ben Wizner. For Snowden, the beauty of blockchain is that it tackles a core problem with trust, which is that you simply cannot ultimately trust people or institutions to do the right thing and respect your privacy, particularly not large ones such as governments, banks and companies (like Amazon, Google and Facebook) that trade in personal information. The problem with the internet economy thus far is that “a platform can be decentralised while the money and power remain very centralised.” For Snowden, who acknowledges that the benefits of blockchain will be unevenly distributed, we can accept that we live in a world where “everyone is lying about everything” and nonetheless “create systems you don’t have to trust,” by virtue of the verifiable and immutable nature of the “blocks” stored on the distributed database.

Other contributors are less sure that the answer lies in blockchain technology. Malkia Cyril writes that tech companies have a long history of complicity with police in the surveillance of black and minority communities, going back to assisting the FBI with phone tapping. Alvaro Bedoya asks whether privacy is best understood as a “communal right” rather than something owned by individuals. Given that surveillance technologies employed against a minority group may later be turned back on those who were at the time indifferent to that minority, there is a case for thinking of privacy as “more of a team thing.” Interviewing Bedoya, Cindy Cohn makes the point that “one of the fundamental things that I struggle with is how to talk about something that is really about the collective in a society where all of the marketing and hoopla is about me, me, me.”

Other contributions identify how the problems of trust run more deeply than the protection of individual privacy, or the deployment of encrypted technologies (such as Signal, which is plugged a lot in the book) or decentralised platforms like blockchains.

Douglas Rushkoff points to the limitations of tackling propaganda with counter-propaganda (or “attacking bad memes with good ones”), or relying on new filters, algorithms or digital counter-measures. He notes that such tit-for-tat strategies mean that “the battle for our hearts and minds ends up occurring on a level far removed from that of civic discourse.” Moreover, it is a game that only those most engaged with the digital technologies are likely to play, and they are highly unlikely to be the most marginalised, disaffected or vulnerable. Rushkoff instead proposes scaling down our interactions and prioritising human scale, in order to rebuild relations of trust, while at the same time seeking to embed “pro-social attitudes and behaviours… in our platforms and the standards we establish for ourselves when using them.”

Ethan Zuckerman also stresses that responses to what he terms “the economics of mistrust” should not start from the Hobbesian proposition that humans and the institutions they create are inherently untrustworthy, and that we need a technological fix that transcends human scale. The problem with the distrust of everything, and the desire for a perfect privacy solution that absolutely protects individual sovereignty is that trust on a society-wide scale requires us to be prepared to trust institutions — to make what Rachel Botsman terms a “leap into the unknown” — in order to benefit from what institutions and organisations have to offer.

To an unprecedented degree, we are increasingly doing this. While distrust of news media, banks, political parties and organised religion may be on the rise, we trust new digital platforms in ever-deeper realms of our personal life, including ride-hailing, accommodation, online shopping and dating. The challenge, then, is not so much to distrust everything and give up on privacy but to think about, and work towards, more trustworthy institutions. Zuckerman argues that we need to “design new systems that let us cooperate and trust each other” and to forsake the “expensive fantasy of a trustless world” and do the “hard work of building new systems that deserve our trust.”

While the privacy agenda runs the risk of leading to individual retreat, a trust agenda should be about using digital technologies to rebuild social bonds while also developing new means to hold the giant digital platforms to public account. •

Terry Flew is Professor of Communication and Creative Industries at Queensland University of Technology.

The personal and the political

Why do we find it so hard to direct mental health spending to the people who most need it? 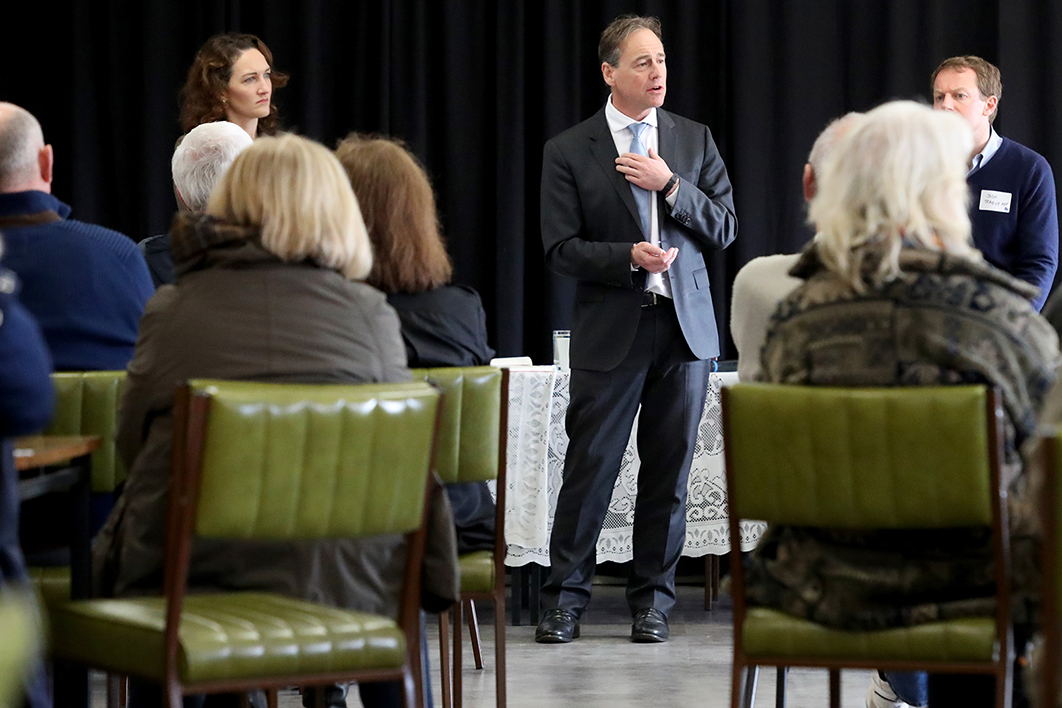