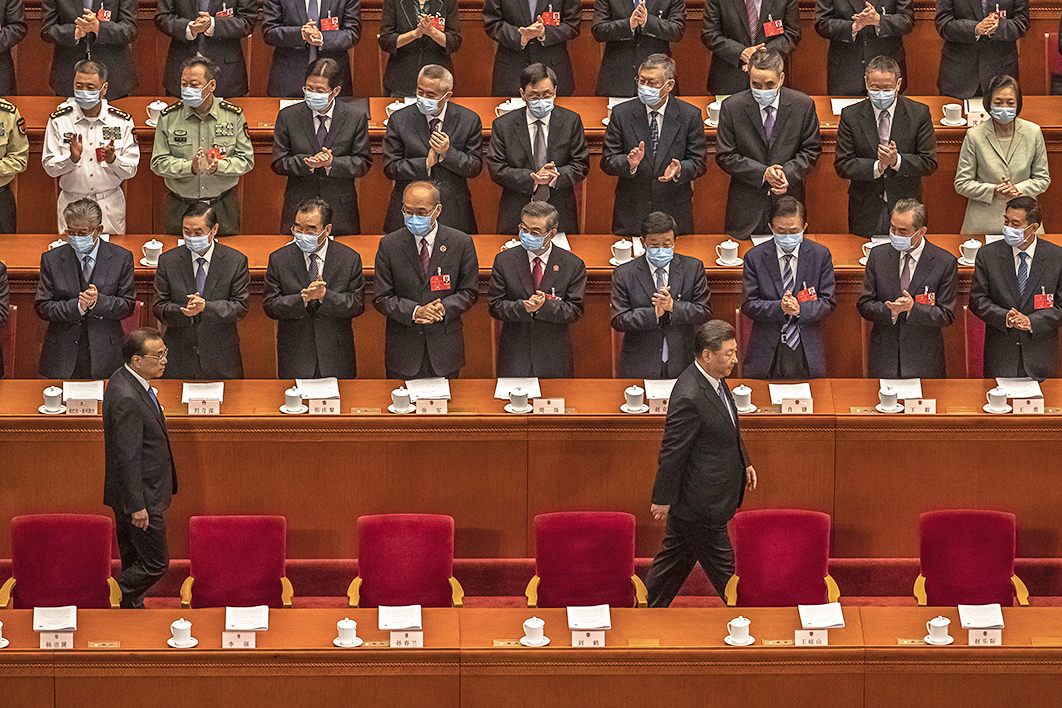 The days of leaning on China’s “miracle economy” to revive global growth — and maintain Australia’s record of avoiding recessions — are over. The bare-bones work report handed down by premier Li Keqiang at the opening of the current annual session of the National People’s Congress underlines the challenges China itself is facing.

Li warned the 3000 delegates (masks, but no extra spacing) that “domestically, consumption, investment and exports have declined. Pressure on employment has risen significantly… There are increasing risks in the financial sector and other areas.” As he concluded, “China will face challenges like never before.” Breaking precedent, Li added that party leaders had decided not to set an economic growth target for this year because of the uncertainty created by Covid-19 and international trading conditions.

“The absence of a GDP target gives the government more flexibility in policymaking, and in deciding on goals for local officials,” China experts Jeremy Goldkorn and Kaiser Kuo observed in SupChina. “It also makes it easier to disguise failures and hype up successes if there are no numerical targets that can be tracked.”

Li’s speech wasn’t all downbeat. He announced “a decisive victory in the battle to defend Hubei Province and its capital city Wuhan” against Covid-19, as well as “pivotal progress in the three critical battles” — against poverty (average income reached A$6400), pollution and the risk of financial collapse.

As is routine in today’s China, he declared that the primary answer to these challenges is “to rally more closely around the party central committee with Comrade Xi Jinping at its core, uphold socialism with Chinese characteristics, and follow the guidance of Xi Jinping Thought on Socialism with Chinese Characteristics for a New Era, and realise the Chinese Dream of national rejuvenation.”

Given the circumstances, it’s not surprising that stability is now prized above growth. The great goal announced by Xi Jinping five years ago — a doubling of the Chinese economy in the decade to the end of 2020 — won’t now be achievable, and went unmentioned in the work report.

As SupChina summarises, “Li’s work report seeks to reassure party members and the Chinese people that everything is going to be okay. But it also reveals how much the party is worried about the aftermath of Covid-19, the economy, and the increasingly hostile and uncertain international environment.”

There’s no doubt that existing challenges have intensified since the virus’s emergence. Perhaps the best known is the trade war with the United States, which may well resume, although Donald Trump’s likely direction is hard to guess. If the agreed lift in US sales to China goes ahead, the Trump will bank the gain for his electoral campaign, especially in agriculturally focused states.

The redirection of Asian supply chains creates another challenge, with Japanese, Korean and Taiwanese companies, among others, starting to shift investments out of China for reasons that originally included costs.

Debt is another big challenge. At the start of 2019 it totalled 304 per cent of gross domestic product, or 15 per cent of total global debt. Nevertheless, Li is pledging A$792 billion this year — more than double last year’s figure — in new local government special-purpose bonds, China’s core stimulus tool.

This will buy a lot of steel — and thus iron ore, which comprised 47 per cent of Australia’s goods exports to China in the last financial year. The officially sanctioned Global Times recently warned that if Australia didn’t “wake up” to the need to defer more readily, China could “easily turn” to Brazil for ore.

But it won’t be as simple as that, according to veteran Australian mining analyst Robin Bromby. As he explained recently in Small Caps News, “China’s steel industry relies too heavily on our iron ore” and “there is no supplier able to fill any substantial gap if imports from Australia were markedly reduced.”

China imports 72 per cent of its ore needs. Australia, which holds the top resource capability in the ground, supplies 62 per cent, and last year Brazil supplied 21 per cent. With China consuming 57 per cent of the ore used globally, replacing it as a core market would be difficult, but Bromby points out that Brazilian production is struggling and faces greater shipping costs than Australian exporters do. So that big-ticket item is likely to keep underpinning the Australia–China trading relationship, however persistent the political falling out.

China’s semi-conductor imports, for example, are crucial; it spends more on them than it does importing oil. The need to reduce this reliance on imports was the impetus for the party’s “Made in China 2025” target for self-reliance in core-tech production. But its protectionist assumptions, and growing doubts about its achievability, prevented the program garnering any mention in this year’s or last year’s work reports.

One of the challenges of shifting the emphasis from “old infrastructure” — increasingly ill-considered roads and bridges, and other concrete constructions whose productivity returns are diminishing — towards technological infrastructure is consumer resistance. Building a new 5G mobile network with 210,000 base stations by the end of this year is a core aim, but current 4G speeds — and that technology’s almost ubiquitous reach — appear sufficient for Chinese people preoccupied with the economic impact of Covid-19. Nor are Chinese consumers eager to buy new electric cars, especially as state subsidies are reduced.

The Belt and Road Initiative, Xi’s hallmark international scheme, is also becoming a source of concern. It is a channel for massive loans rather than grants, and many borrower governments are seeking forgiveness, write-offs or repayment holidays during the pandemic. Refusal risks loss of influence; conceding undermines the capacity of China’s big state development banks to fund stimulus at home.

Li implied that Beijing is unlikely simply to convert the loans to grants. “We will uphold market principles and [the] international rules” of the Belt and Road Initiative, he said, “and work with our BRI partners for mutually beneficial outcomes. We will guide the healthy development of outbound investment.”

On top of all these worries, unemployment is a big new concern. April’s official figure of 6 per cent didn’t include unemployment in rural areas, where almost half the population lives. And it remains unclear whether it includes migrant workers, who last year comprised 36 per cent of the workforce, or 291 million people. The government’s migrant workforce number for March was 129 million, suggesting a massive loss of jobs among these workers.

Reports increasingly suggest that villagers are imposing tolls on trucks and other vehicles driving through their areas as they desperately try to replace the remittances they normally receive from relatives working in factories in the cities. Demand for those factories’ products, especially for export, has slumped since the pandemic hit.

Internationally, China has failed in its efforts to promote the use of its currency, the renminbi. The US dollar remains entrenched as the world’s reserve currency. Beijing’s response is to become the great champion of digitised currency and the use of blockchain in trade accounting. China already controls 65 per cent or more of the computing power to mine Bitcoin.

Xi is a proven risk-taker, and to date luck has guided his dice throwing. During this National People’s Congress session he has seized the initiative in Hong Kong by legislating to give Beijing effective control over the territory’s borders, policing, education system and more.

With a locked-up and locked-down Hong Kong out of the way — regardless of China’s former commitment to “one country, two systems” — Xi can turn his attention to advancing China’s claim over Taiwan. History beckons; but the increasingly shaky nature of the economy suggests he’d better be quick. •

National Affairs Does immigration mean lower wages? Adam Triggs 20 July 2021 Despite the popularly held belief, there is no evidence that immigration reduces wages in Australia
Close

Books | If we were smarter, would we realise we’re better than we think? 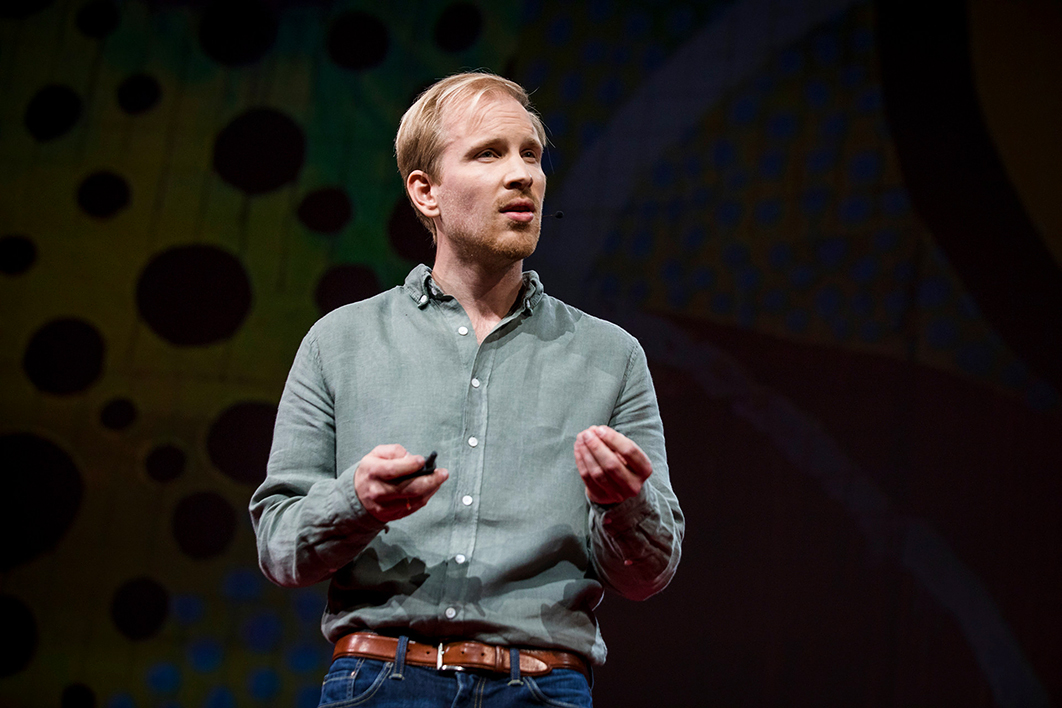