In search of his forebears, a writer finds an era of “constructive cosmopolitan complexity” 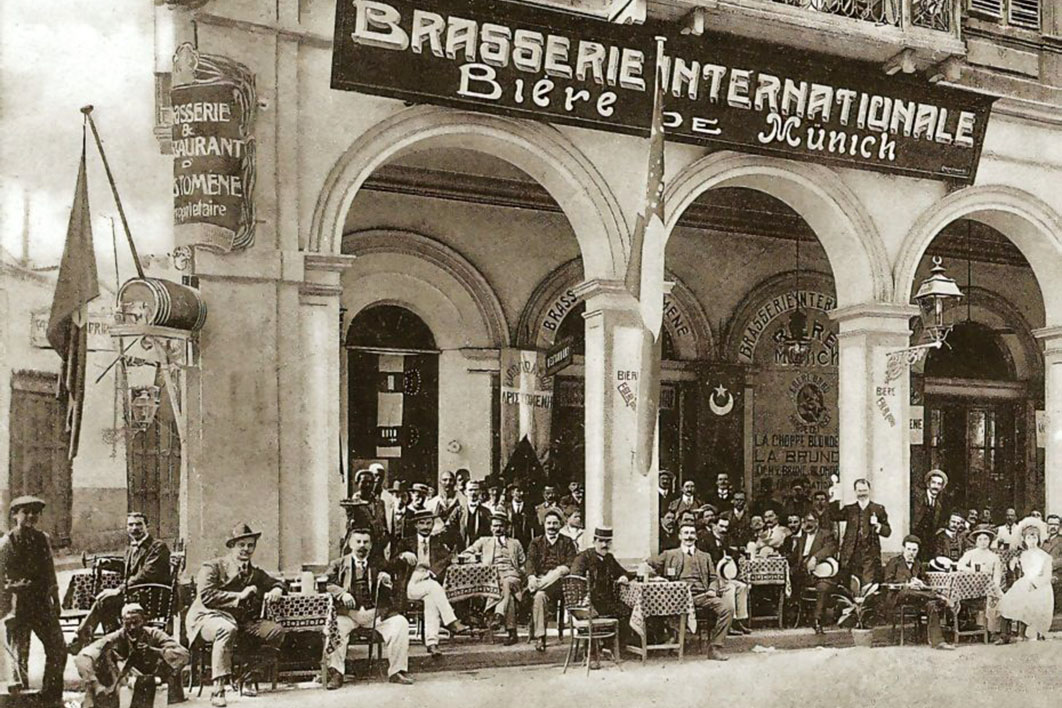 Lives Between the Lines: A Journey In Search of the Lost Levant
By Michael Vatikiotis | Weidenfeld & Nicolson | $34.99 | 286 pages

Part memoir, part history, part travelogue, Lives Between the Lines is a book that throws a challenging light on our times. What is it about? In a conversation over dinner I’d no doubt exasperate you as I groped for an answer. “The Suez Canal — sort of,” I’d say. “Egypt,” I’d add, and “Palestine.” Then, after a moment’s careful thought, I’d tell you that this latest book by Michael Vatikiotis is a heartfelt discourse on what it means to be cosmopolitan.

Nothing about Vatikiotis’s life is straightforward. Born in 1957 of parents forced to leave postcolonial Egypt, ending up in suburban Indianapolis where his father got a teaching job, Vatikiotis was educated in England and has spent most of his life in Southeast Asia. He went to Asia first as a BBC correspondent, then joined the staff of the Far Eastern Economic Review. He now lives in Singapore.

Vatikiotis’s published works are an indication of the depth and range of his knowledge of the region, and include four works of fiction. But with Lives Between the Lines he leaves Southeast Asia behind to delve into his own complex lineage.

The book opens with one of the most arresting sentences I’ve come across in reviewing: “The Ottomans were poor timekeepers.” It quickly becomes clear that Vatikiotis isn’t emphasising how backward that empire’s timekeeping was — the usual kind of response when that bygone polity is mentioned — but highlighting its success.

Timekeeping was initially needed primarily to facilitate the Muslim call to prayer, but with successive dynasties and the arrival of a mix of different peoples and their disparate religions, each with its own calendar, time grew ever more complicated. Even after mechanical clocks began appearing (the gifts of visiting Europeans) the Ottomans “set the hand to twelve at sunset.” Public clocks and bells were generally outlawed into the seventeenth century, and each different means of measuring time was accommodated.

How did this work? As it happened, reasonably well. For more than 600 years, until its final dismantling after the first world war, the Ottomans presided over a vast plurality with surprising harmony.

But time sped up, leaving this empire behind. Beginning with Napoleon’s conquests, British–French rivalry set in motion the decline of the Ottomans. Napoleon invaded Ottoman Egypt in 1798 to further his plan to wrest India from Britain and dent its commercial supremacy. It was Egypt’s misfortune to straddle the isthmus connecting Europe with Asia, and Napoleon’s to be defeated. But Europe had established its beachhead.

A succession of Ottoman viceroys of Egypt, eager to corner its share of the global trade, negotiated with the two European rivals over digging a canal to connect the Mediterranean and Red Seas. In 1859, the year that Darwin published his Origin of Species, work began.

As Vatikiotis explains it, the Suez Canal changed everything. Its building brought a host of surveyors, architects, and other European entrepreneurs and professionals to Egypt at a time when Europe was in chaos and the Levant was stable and thriving. For visionaries and hopefuls alike it was the place to be.

Yet for all the material progress the canal represented, it left the Egyptians seriously indebted, and Egypt itself something of a vassal state. It was the beginning of the end for the pashas, but it also ushered in a period of increased cosmopolitanism: a hundred years in which Europeans were added to the Ottoman mix.

The author’s forebears were part of this great eastward migration. Vatikiotis set out in 2019 to uncover their stories, and as is the way of these journeys, to discover his own. He began in Port Said, the city where his parents met, now a sad remnant of its glory days. His mother, Patricia, was the daughter of a former British soldier who joined the colonial service and married into an Italian–Jewish family that had settled in Egypt during the previous century. Vatikiotis’s father, Panayiotis, was of Greek-Palestinian heritage, so his searches also took him to Israel.

From these pivotal points, the narrative branches out in space and time. We meet the Soragnas from northern Italy, the first Vatikiotis from Hydra, and other twigs on the spreading family tree. Greeks from Palestine who’d never seen Greece; Italians from Egypt, few of whom saw Italy: all of them were imbued with a sense of themselves that crossed national borders, formed by the tolerance that marked an empire where Jews and Muslims and Christians lived in messy if mainly happy accommodation.

Vatikiotis never claims, though, that the Ottoman arrangements were perfect. Inequality existed along with plurality, a matter of class as much as religious or ethnic identity — all of which he explores in detail.

After the spell in America, his father, a noted scholar, moved the family to England, where the author grew up in relative privilege, attending a British boarding school and then Oxford University. Yet he hasn’t much good to say about the British, or the blind intolerance that characterised their empire. Nor is he happy about the British penchant for neatness, divide-and-rule and partitioning being their standard solutions to problems of imperial governance. Thus were Britain’s parting shots in India and Palestine, with horrific effects in both cases.

The Middle East is seen today as a region of intractable conflict, the very reverse of what it was in the nineteenth and much of the twentieth century, when Europe was being torn apart by revolution and war. Almost a century after the Suez Canal was built, Britain and France together enlisted Israel in an attempt to stop Egypt from nationalising it, and thus cutting off their supply chains. But the Americans had left the two old rivals behind, establishing their own empire in opposition to the Soviets in the rising cold war, and intervened in what we now know as the Suez crisis. So, in a sense, Lives Between the Lines is the story of the fate of empires, and a clear-eyed assessment of the achievements and failings of each.

As for the Ottomans, Vatikiotis cites two main reasons for the demise of “this constructive cosmopolitan complexity”: “European imperialism with its uni-dimensional line-drawing… and the parallel emergence of puritanical strains of Judaism and Islam.” Instead of what he calls “the fluid lattice of overlapping transactions that characterised Ottoman society” we’ve been left with a world rigidly bisected, with immeasurable suffering in consequence.

To help us on our travels with Vatikiotis, his publisher has supplied maps, an index and an excellent timeline of significant events. With all this and its fascinating perspectives to ponder, it seems churlish of me to remark that I could have used a family tree as well. Then again, given the complexity of his lineage, it might have proved too broad to fit comfortably on a page. And we might find, if we dare to look at ourselves through the lens of his thought-provoking book, that we too are — or at least are increasingly becoming — cosmopolitans, despite those hard lines the powers have insisted on drawing for us. •