Believing in the numbers 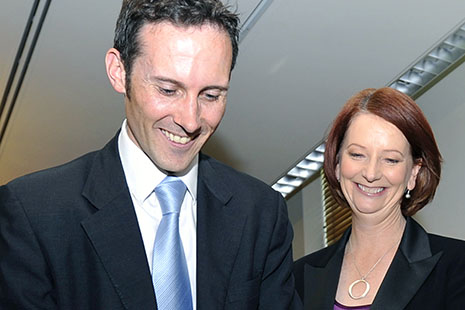 ANDREW LEIGH’s Disconnected is a brisk analysis of social capital in Australia. As the title suggests, his concern is the erosion of social bonds and civic life in Australia in recent decades. Disconnected sets out his evidence for this belief and offers some ideas for rebuilding “the community and camaraderie of the past.” Leigh worked with Harvard University’s Robert Putnam, of Bowling Alone fame, and the conceptual and methodological influences of Putnam’s project – Leigh calls it a “research machine” – are evident.

Over the past decade Leigh, an economist, has collected a “mountain of data” about community life and social capital in Australia since the second world war. The book’s chapters work through volunteering, associational membership, work and workplaces, neighbourhoods, friendships, religious belief, and participation in sport and cultural activities to crunch the numbers on Australian social capital. With the exception of an upturn in volunteering around the time of the 2000 Sydney Olympics, they chart steadily downwards. This makes the reader’s task sound formidable, but Leigh’s conversational style produces an engaging text. “I don’t know about you, but in my own case, I don’t believe a claim unless I see the raw numbers. But it doesn’t hit me in the gut until I hear a story that backs it up,” he says.

Leigh underplays the effort involved in assembling the data on which the book is based, from census records to the membership patterns of “third sector” organisations – it’s been an on-again, off-again project, he says – but the end result is a rich vein of quantitative data that he mines profitably. But the brevity of this book hampers a nuanced treatment of both the concept of social capital and our understanding of its Australian context. The tension between Leigh’s wariness of nostalgia and his desire to rebuild earlier community forms is also apparent in other social capital literature, and an extended and more reflexive narrative might have fruitfully explored this conundrum.

As the earlier quote suggests, the primacy Leigh gives to statistics – his “belief” in raw numbers – means that qualitative data don’t have the same analytical standing in the book, but play a service role, embroidering the text with anecdotes. The limits of this approach are apparent when Leigh candidly acknowledges there is little data on informal socialising and social capital among Indigenous communities and “poor and migrant neighbourhoods.” But more troublingly, this gap raises a concern that social capital is a construct that normalises middle class values and diverts attention from structural factors that have widened inequality and social division in recent decades.

The analysis is perhaps at its thinnest when Leigh discusses information and communication technologies. Television was a social capital bogey for Robert Putnam; the internet is problematic for Leigh. While he is no technophobe, his conclusion that the internet could ultimately reduce community participation is countered by analyses – such as those of William Dutton, of the Oxford Internet Institute – of how the internet has been used to boost local connectedness. Dutton suggests that internet users are more socially connected than non-users, but that the dynamics of the internet are challenging sociological staples such as connectedness, neighbourhood and community. He also argues that the truly disconnected are those people who are “twice disadvantaged” through living in neighbourhoods that foster few social ties while also being on the wrong side of the digital divide.

And Leigh’s solutions for rebuilding social capital? These boil down to making everywhere in Australia pretty much like Canberra. The Australian Capital Territory tops most of Leigh’s social capital metrics aggregated at state level, and Leigh is clearly enthused by aspects of Canberra’s urban design that promote neighbourhood-level sociability. In this he follows giant footsteps. Canberra’s praises were also sung by Hugh Stretton in his landmark 1970 work Ideas for Australian Cities. But Canberra is atypical in important ways: wealthier, better educated, less ethnically diverse. Holding Canberra up as a model risks reinforcing the association between social and cultural capital that has troubled critics of social capital since the concept gained prominence in social analysis in the 1990s.

Setting aside these concerns, though, Disconnected is an accessible and lively discussion of a key issue in Australian society and deserves to be widely read. Andrew Leigh’s election as the Member for Fraser, ACT, in the 2010 federal election now puts him in a unique position to connect social analysis and social policy. •

Ian McShane is a research fellow at the Swinburne Institute for Social Research.

Whatever happened to the right of asylum?

The tragic events at Christmas Island this week are a reminder of the importance of the right to seek asylum. But the debate about refugees and asylum seekers is confused by a misunderstanding of the origins of the 1951 Refugee Convention, writes Klaus Neumann

A group of children in the Föhrenwald Displaced Persons’ Camp, Germany, established in 1945 and closed in 1957. Yad Vashem Photo Archives 2922/6 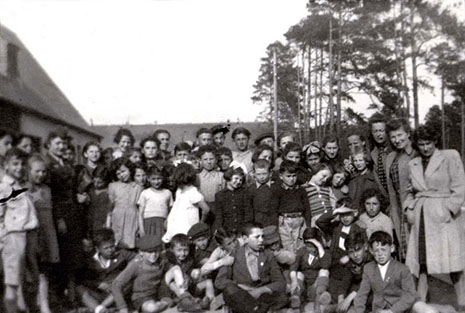 A group of children in the Föhrenwald Displaced Persons’ Camp, Germany, established in 1945 and closed in 1957. Yad Vashem Photo Archives 2922/6