Biden and the bomb 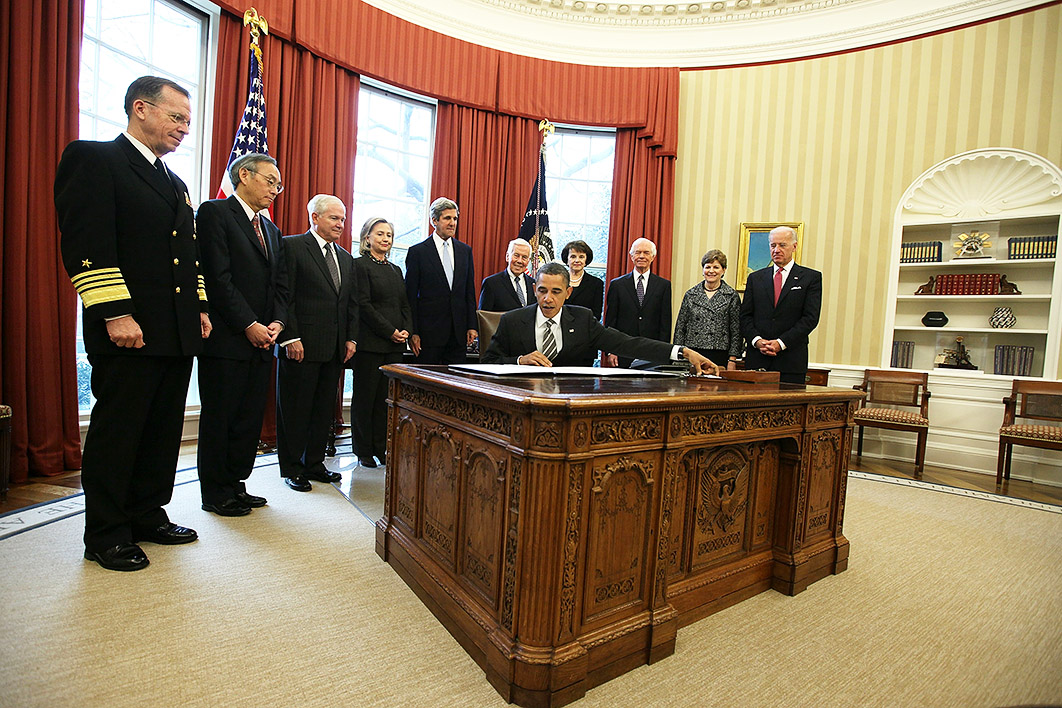 It’s only a few weeks since serious people were worrying that an unhinged and desperate Donald Trump might trigger a nuclear holocaust. That threat has passed, but the command-and-control issue persists. How did we get to this point, and what changes can we expect from Joe Biden?

US nuclear planning is largely a legacy of the cold war, when the key aim was to deter a surprise Soviet attack, or “first strike,” on the American homeland. The Pentagon’s solution was to devise a system that guaranteed massive retaliation with thousands of weapons. This encouraged preparation for “launch under attack” and the overlapping “launch on warning,” which demanded extremely fast presidential decision-making and a military that appeared to Soviet worst-case planners to be geared to pre-emption. The result was a dangerously unstable situation in which both sides, fearing the worst, might be tempted to beat the other to the punch.

To meet another strategic aim — deterring a Soviet invasion of Western Europe — the United States developed options for limited, premeditated nuclear escalation (“first use,” employing perhaps a dozen warheads in a defined region). Clearly, this could easily have spiralled out of control.

Although much changed when the Soviet Union collapsed, cold war thinking left its mark. The American arsenal was scaled back, but a readiness for first use persisted, as did the system for promptly transmitting a president’s nuclear attack orders.

While the details are classified, the principles underlying the command of nuclear weapons are a matter of public record. The president, as commander-in-chief, has sole authority to order the firing of nuclear weapons. Although this authority can be delegated, and would pass down the line of succession in the event of incapacity, it still springs, undivided, from the office of the president. While they may be consulted, neither Congress, the Joint Chiefs of Staff nor cabinet has a veto. Once a presidential order is given, the only obstacle to implementation would be mutiny, or perhaps resistance based on the laws of war (such as the requirement for proportionality). It is this system that Biden inherits.

Biden’s presidency also comes in the wake of Trump’s toxic impact as a noisy disrupter. He panned and then withdrew from the carefully crafted 2015 multilateral Iran nuclear deal between Tehran, Washington, Moscow, Beijing, London, Paris and Berlin. (If this was meant to rein in Tehran, it backfired.) He withdrew from the 1987 Intermediate-range Nuclear Forces Treaty and 1992 Open Skies Treaty. He resisted Moscow’s invitation to extend the soon-to-expire New START (Strategic Arms Reduction Treaty).

Trump also adopted a melodramatic approach to North Korea, making bombastic threats, boasting that he had solved the problem, and making bizarre references to “falling in love” with Kim Jong-un. In the real world, this performance did nothing to stop North Korea progressing towards an intercontinental nuclear weapons capability.

What can we expect from the new administration? There are plenty of clues because Biden has had so much time and reason to think about nuclear matters. He was elected to the Senate in 1972, and repeatedly re-elected, eventually chairing the Foreign Relations Committee before becoming Obama’s two-term vice-president.

Other clues lie in his picks for top national security positions, who are centrist establishment figures, many from the Obama years. This has disappointed some commentators, and reinforces a back-to-the-future tone. And it’s worth noting that Biden’s pick for secretary of defense, Lloyd Austin, is a retired general who, until last week, was a well-remunerated member of the board of Raytheon, a defence contractor that makes, among other things, nuclear weapons.

Over the decades, though, Biden has argued that measured arms control ought to be considered integral to national security. As presidential candidate, he called for ratification of the nuclear test ban treaty, an extension of New START, and a relaunching of the Iran nuclear deal. He also wants to trim “excessive expenditure” on nuclear weapons, which might involve a review of the force structure, especially the balance between missile-firing submarines, intercontinental-range missiles based in the American heartland, and nuclear bombers like the B-2. In his more radical-sounding moments, Biden even says he wants to move towards a world free of nuclear weapons, an echo of Obama’s 2010 Nuclear Posture Review.

A putative stepping stone came only days after the inauguration, when he agreed to a sensible but quite modest five-year extension of the New START deal with Russia. This will leave him in command of about 3800 nuclear weapons, with more than 1000 deployed to military units and ready for use at short notice.

And his overall strategy for the use of nuclear forces? “I believe that the sole purpose of the US nuclear arsenal should be deterring — and, if necessary, retaliating against — a nuclear attack,” he wrote last year. “As president, I will work to put that belief into practice.” That this needs to be said will surprise many, but the comment suggests we can expect a review of current policy reserving a right to use nuclear weapons first. This would receive support in the arms control community, although some believe the Pentagon ought to stop short of unequivocally rejecting that longstanding option.

Any attempt by Biden to reform nuclear policy will face constraints and distractions. He has to tackle the more pressing pandemic, as well as climate change, the economy and the bitter political aftermath of the Trump presidency. He also has to deal with the Senate. Despite losing control of the chamber, Republicans remain well placed to block arms control ratification, a particular problem with the nuclear test ban treaty.

Only time will tell how congressional politics influence efforts to revive the Iran deal, but many members will run interference. Besides, Washington isn’t the only player: Tehran has long seen the United States as hostile and unreliable, a perception accentuated by Trump’s reckless abandonment of the painfully worked-out pact. In response, Iran has already moved past previously agreed limits on uranium enrichment.

Days after Biden’s inauguration, the UN Treaty on the Prohibition of Nuclear Weapons entered into force. But there’s no prospect of the new president, or his Russian and Chinese peers, ever signing it. As far as he (and Obama before him) is concerned, nuclear abolition is an aspiration pushed onto hypothetical future world leaders.

This leaves Biden set to steer policy to a modified version of the old normal. After the political vandalism of the Trump years, this won’t seem so bad to old strategy hands. And, given apparently intractable domestic and international constraints, it is all Washington seems capable of delivering. •