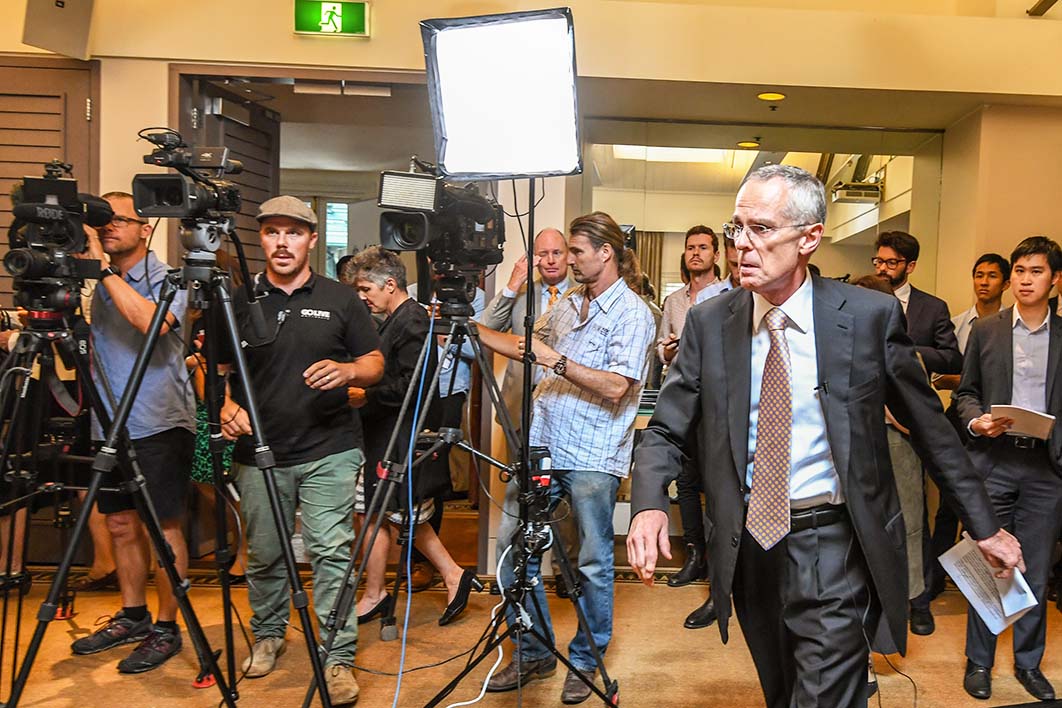 If you’re looking for an illustration of the service industry’s future, look no further than Australian start-up Sked Social. The Melbourne company was established on a simple premise: small-business owners relying on social media to get their message out to consumers mightn’t have the time or the know-how to publish quality content at the right time. What they needed was the option of outsourcing their social media presence so they could avoid faffing around on their computers when they should be putting the kids to bed.

Sked, originally named Schedugram, offered a solution. The company would manage your social media output, both content and timing, in return for payment. It relied on the fact that a platform controlled by a global technology company — in this case, Facebook’s Instagram — was available to be used as a vehicle. Think of platforms like Instagram as pipelines accessible to competing gas companies, or railway lines on which rival train companies can fight it out on pricing and try to poach each other’s customers. In short: healthy, robust competition on an impartial, accessible platform.

Sked’s relationship to Facebook was similar to that of developers building an app that uses advertising gathered and onsold by Google, or retailers using Amazon not to buy stuff but to sell their own wares in a much larger marketplace. In short, Sked was approaching Facebook not from the front end, where consumers post family photos, but from the back end, where businesses use the platforms to make money. In competition terms, Sked is a third-party user.

Almost by definition, third-party businesses rely on fair and equal access to their chosen platform. But what happens when the platforms — whether they’re online portals, railway hubs or gas pipelines — are controlled by a vertically integrated company competing for space and customers on the same platforms? What guarantee can, say, Sked have that it has been treated fairly when Facebook is developing rival content-publishing software to offer similar services to Instagram users?

This question lies at the heart of a lawsuit currently before the Federal Court of Australia. Sked’s owner, Dialogue Consulting, is claiming that Facebook’s decision to block it from Instagram was a business decision to squeeze out a competitor — something that fails the “substantial lessening of competition” test contained in Australian competition law.

Facebook’s decision to block Sked’s access has been hit by a court injunction — meaning that the Australian start-up can continue to operate at least until next year, when the hearings get under way in Melbourne. But court documents have revealed that Facebook is set to frame this as a privacy issue with no bearing on the right of third parties to compete. The problem, the company will argue, is merely that Sked can only offer its services if its clients hand over their Facebook login details — something the tech giant says is a clear violation of its terms of use.

In what may be an odd turn of events, both sets of lawyers could be right. Sked may have been violating Instagram and Facebook’s terms of use — but who wrote those terms in the first place? And what’s to prevent the platforms from using terms of use as a catch-all excuse for harming a potential rival and violating competition law in the process? What regulation is in place to monitor how terms of use are formulated and implemented?

Of course, there’s nothing uniquely Australian about this argument. The fear that platforms may be using their market power to “self-preference” their own businesses has been examined by regulators around the globe, with South Korea and the United States just two of the jurisdictions where competition watchdogs are now on the warpath. And earlier this year the European Commission, the EU’s regulator, imposed a fine of €1.49 billion on Google for abusing its market dominance by imposing restrictive clauses in contracts with third-party websites, preventing the platform’s rivals from placing advertisements on those websites.

What’s unusual in the Australian context is that the Sked lawsuit, along with a parallel investigation by the Australian Competition and Consumer Commission into Google’s treatment of a start-up called Unlockd, is occurring at a time of unprecedented regulatory upheaval. The ACCC’s groundbreaking report on Facebook and Google — the first broad overview of its kind in the world — is now with the government and new policy directions are expected to be announced before the end of this year.

That response is likely to be dominated by the headline issues of the ACCC’s digital platforms inquiry: Facebook and Google’s use (or misuse) of data and its implications for users’ privacy, the platforms’ impact on media and journalism, and related regulatory inconsistencies. Yet buried deep in the final report, published in July, is a reference to the predicament of both Unlockd, which is now in receivership, and Sked, underpinned by the regulator’s belief that third-party users are sitting ducks, liable to being shut down at the flick of a switch if the platforms decide to misuse their market power.

In fact, fears that tech giants are already inflicting damage on third-party users by skewing their access to platforms — and using privacy concerns or terms of use as a justification — may well be the biggest challenge facing regulators across the globe. And all indications are that both Facebook and Google are going to fight what they perceive as moves to regulate and oversee their relationship with third-party companies.

There was a time when Australian start-up Unlockd had the world at its feet. Founded in 2014, the Melbourne-based company had prepared an initial public offering for 2018 with an anticipated valuation of over US$180 million and an array of powerful backers. Its only vulnerability was a business model based entirely on third-party access to Google’s advertising services. Without that, Unlockd couldn’t survive — something that became apparent when the search giant pulled the plug.

While it lasted, Unlockd was a platform that allowed owners of smartphones using Google’s Android operating system to receive targeted advertisements when unlocking their devices, in return for in-kind payments — for example, shopping vouchers. It had major business partners in different jurisdictions, but it also relied on advertising being collated and provided by Google’s advertising service, AdMob.

When Google decided to cut the Australian start-up from its firmament — which meant no AdMob and no access to Google Play, the app retail outlet — Unlockd went belly up. Attempts to take legal action against Google in Australia and Britain floundered amid funding concerns; legal action in the United States, however, appears possible. The ACCC’s investigation of what happened has reportedly been under way for months and may yet spark court action of its own.

For its part, Google has said the decision to cut Unlockd’s access had nothing to do with competition but was purely the result of the Australian start-up falling foul of, yes, its terms of use. The search giant said it had given Unlockd time to fix problems it identified and find alternatives, but Unlockd had failed to act. But, just like in Sked’s relationship with Facebook, the question is not so much whether Unlockd violated Google’s terms of use but whether those terms were themselves implemented in a way that violated Australia’s competition law.

The ACCC’s July report was scathing in its assessment of the platforms’ ability to harm third-party users. Facebook and Google had both the “ability and incentive to engage in leveraging behaviour which may affect competition” in online markets, it said. Both advertisers and third-party service providers were particularly vulnerable, the ACCC found, because they had to contend with Facebook and Google’s vertical integration — something that was problematic under competition law.

Under the subheading “Increasing Risk,” the ACCC concluded that the “broad range of markets that each of Google and Facebook operates in provides many opportunities for self-preferencing to occur.” As for whether the platforms actually enjoyed substantial market power, ACCC chairman Rod Sims said it was an open-and-shut case. “I think the argument over whether they have market power is really a strange one,” he said when launching the final report. “I think we’ve got to move on from that argument, because it’s patently obvious that they have market power.”

The ACCC’s draft and final reports were manna from heaven as the lawyers representing Sked in the Federal Court looked for ways to bolster their claim against the social media colossus. The company’s court filings embraced the notion that Facebook had violated Australian competition law, with its amended statement of claim this month arguing that Facebook’s approach to Sked had clearly led to a substantial lessening of competition — again, the trigger words under Australia’s 2010 Competition and Consumer Act. The documents suggest that Facebook’s actions were designed to entrench the platform’s substantial market power and protect its online display advertising revenues by “aggressively deterring [Sked] and other participants from seeking to develop innovative products focused on the planning and publishing of organic content” while also shielding Instagram’s rival content-publishing software from competition.

All this suggests that the capacity of the third parties to take on the tech giants — and the willingness of both the courts and lawmakers to support them — is becoming a significant battlefield in a global war between platforms and the agencies charged with regulating them. The eyes of the world will again be on Australia. • 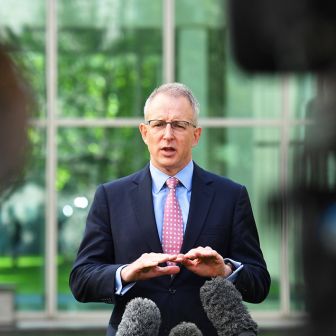 National Affairs Television on the line Giles Tanner & Jock Given 8 December 2020 The government’s media reform green paper raises big issues. But should it be thinking even bigger? 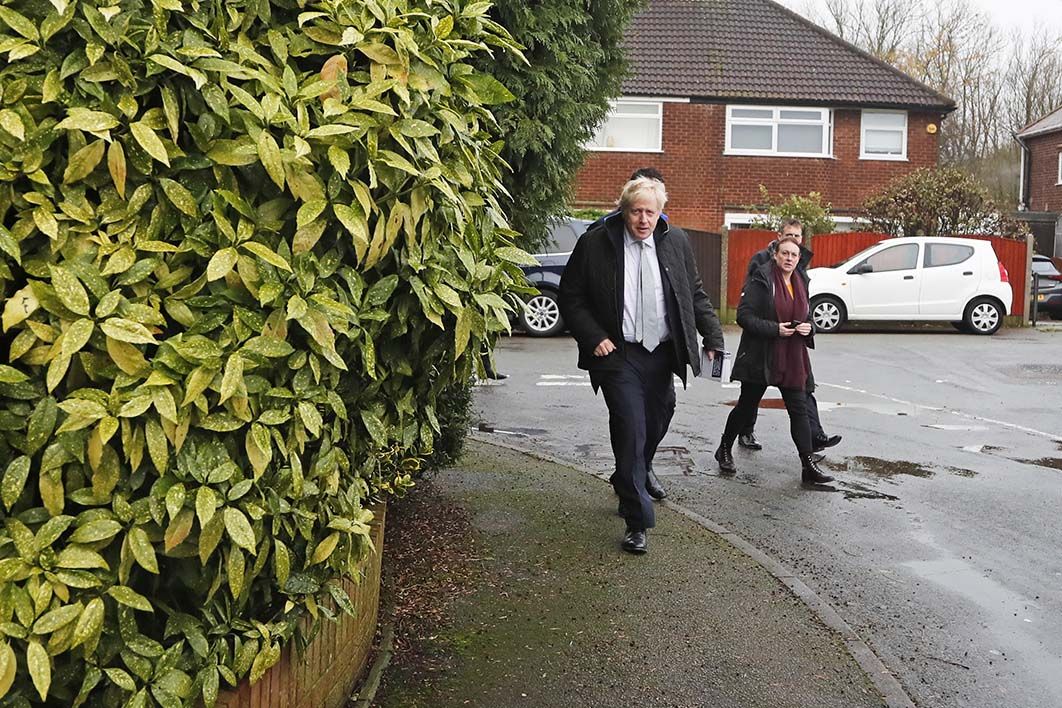