The quicker the cryptocurrency reaches its true value the better 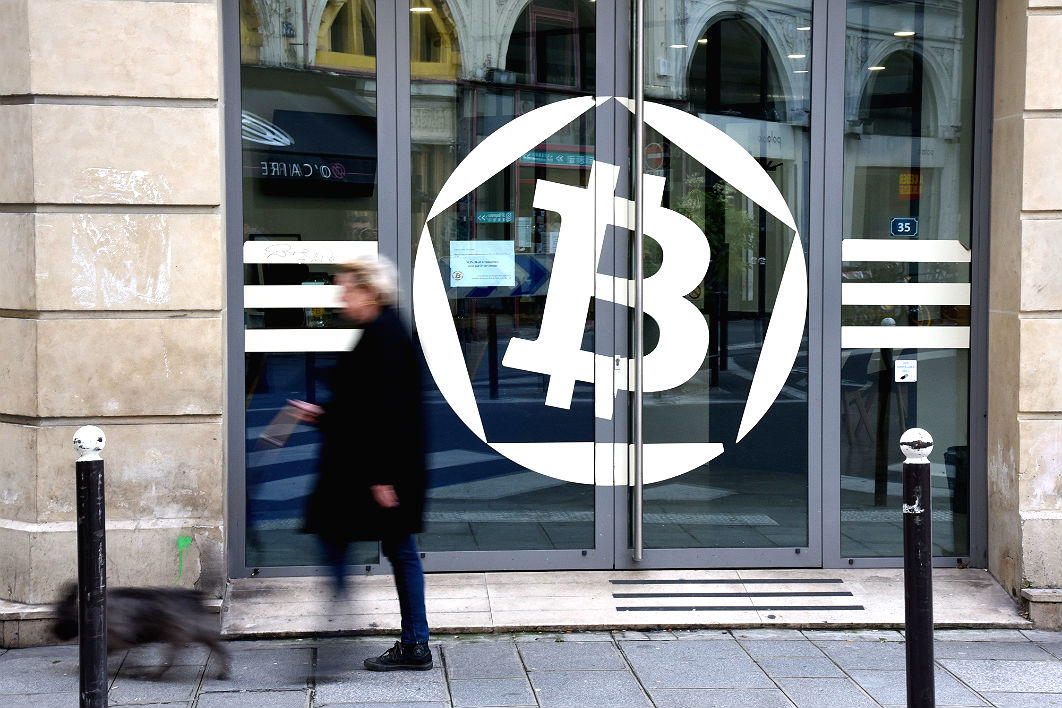 As bitcoin and other cryptocurrencies increasingly become part of the mainstream financial system, traded on futures markets and supported by loans from commercial banks, a central question has moved from the realm of academic debate to that of immediate policy concern. What is the true value of bitcoin?

I’m on record as having said, back in 2013, that bitcoin “will eventually attain its true value of zero, though no one can say when.” By contrast, its most optimistic backers foresee the value of each bitcoin reaching millions of dollars. Both estimates should concern financial regulators.

If the value of bitcoin and other cryptocurrencies falls to zero, lots of individual speculators will lose lots of money, adding up to billions of dollars. For regulators, that’s not too much of a concern: speculators should have known they were taking a risk that could turn out badly. More concerning is the prospect that a big crash will take down not just speculators but also the financial institutions that backed them. The longer the bubble continues to grow, the more serious this risk becomes. So, if bitcoin is truly worth zero, the best outcome for regulators is that it should reach this price as soon as possible.

If bitcoin increases in value a hundredfold, on the other hand, as it did between 2013 and 2017, it will become critical to the global financial system. Even modest fluctuations will mean the difference between prosperity and ruin for vast numbers of people.

Bitcoin’s original value proposition was that it would be superior, as a medium of exchange, to cash, credit cards and bank transfers. On that basis, people would prefer holding bitcoins, or financial assets denominated in bitcoins, in place of existing currencies, especially the US dollar. If this were to happen, the value of the total stock of bitcoins would be equal to the value of US currency now in circulation, a bit over US$1 trillion. Since the stock of Bitcoins is limited to twenty-one million, each coin would be worth around $50,000. At a current price of $10,000, this would be a bet worth taking at odds of five to one.

Unfortunately for Bitcoin fans, the chances of this happening are a lot less than five to one.

Unfortunately for bitcoin fans, the chances of this happening are a lot less than that. In the time since bitcoin was launched in 2009, it has become evident that design flaws make it useless as a medium of exchange. A design feature called the block size limit means that bitcoin can only handle around seven transactions per second. Under current rules, those who want their transactions handled rapidly (mostly speculative traders) must pay a premium to have this happen.

As a result, anyone wanting to use bitcoin for buying and selling faces lengthy delays and, currently, a cost of around US$20 per transaction. Obviously, no one will pay such a charge for day-to-day transactions. The handful of merchants who announced a willingness to accept bitcoin in the early days have since dropped it. Even a bitcoin conference was recently forced to announce that it would not accept bitcoin for registration fees.

For a while, bitcoin was favoured by users who wanted to transact anonymously, sometimes for legitimate reasons and sometimes illegally. But while bitcoin transactions are anonymous in the short run, they are anything but untraceable. The whole point of the bitcoin blockchain is that it is a complete ledger of all transactions. So, if someone else gains access to your bitcoins (for example, if a law enforcement agency compels you to hand over the keys), they have access to your entire transaction history.

Various means have been proposed for making cryptocurrencies untraceable. But all of them run up against the fact that the blockchain operates on the basis of contributions from a set of servers. If someone can get control of a majority of the servers, he or she controls the blockchain. Because the great majority of these servers are in China, the Chinese government is in a position to do this at any time it chooses. In fact, because mining is organised into relatively small “pools,” it would be sufficient to take control of four of them, something that could be done overnight.

Similarly, although various suggestions have been made for improving efficiency, there’s little to suggest that a decentralised blockchain can outperform a central intermediary like a bank or credit card company.

Even if blockchain technology turns out to be the basis of a new digital currency, it’s clear that bitcoin will not be that currency. What about the thousand or so other cryptocurrencies out there? The ease with which cryptocurrencies have proliferated supplies the answer.

Suppose that some government and its central bank decided to replace their existing currency with a digital system based on a blockchain. Adopting one of the existing currencies would involve a massive transfer of wealth to the owners of that currency. The obvious choice would be to start a new one and capture the value of issuing it (known as seigniorage).

Most people now understand that bitcoin is never going to work as a medium of exchange. Supporters now claim that it should be seen as a store of value, desirable because of its scarcity. It is this use that raises the question of its inherent value.

The bitcoin mining technology operates on what is called “proof of work.” To gain access to a bitcoin, miners must use specialised computers to solve a problem that has two characteristics. First, it must be hard to solve, and capable of being made harder as the competition to secure bitcoins intensifies. Second, the solution, once obtained, must be easily verifiable.

The crucial characteristic of most computation — the characteristic missing in bitcoin — is that it should serve some inherent purpose. Unlike a word-processing program or even the uploading of a cat video, the calculations used to mine a bitcoin are of no interest to anybody. (An initiative called Gridcoin works on complex calculations that are of use to scientists but, sadly, it has gone nowhere.)

Bitcoin fans argue that bitcoin is not unique in this respect. As they point out, most of the world’s stock of gold is held by central banks or investors simply as a store of value. That’s true. But the use of gold in this way is not an arbitrary convention. Gold has physical properties (attractive colour, malleability and ductility) that have always made it desirable for use in jewellery. More recently, these same properties have given gold industrial uses, for example in electronic circuitry. Using gold as a store of value certainly amplifies the demand and increases the price, but it rests, in the end, on a solid reality.

“Fiat money” (such as Australian dollars), which isn’t convertible into gold, might seem to be an example of an arbitrary convention. But fiat currencies are valuable because the governments that issue them have the power to levy taxes in those currencies. Anyone who has to pay tax to the Australian government needs Australian dollars — as actual currency, or as an asset convertible into currency on demand, such as money in a bank account.

Governments have long understood this. When Britain established colonial governments in Africa in the nineteenth century, its first act was to levy a “hut tax,” payable in cash. While the revenue from the tax helped to offset the cost of running the colony, the primary purpose was to force Africans out of the subsistence economy, in which they provided for themselves, and into the cash economy, where they had to produce goods for sale on the market or work for wages in the colonial plantation economy.

In any case, the argument for bitcoin based on scarcity is a form of bait and switch. The claimed uniqueness of bitcoin arises from the blockchain process, not from the fact that the supply is limited. Generating an item guaranteed to be in finite supply is far less difficult than creating a blockchain: all it requires is a reliable datestamp to ensure that no more of the item can be made.

Finite supply is a necessary condition for any kind of collectible to be valuable, but it is not sufficient. Items with William Shakespeare’s signature are worth millions, while equally rare items signed by his forgotten contemporaries can be had for a few dollars. To be a store of value, an item must be valued by somebody (and not necessarily the holder).

Since bitcoins are not useful as a medium of exchange, or desirable in themselves, their true value is zero. The highest price at which bitcoins have traded is around $20,000. At the time of writing, the market price is halfway between that level and zero. Pay your money (or not) and take your chances. ●

Diversity… for the others 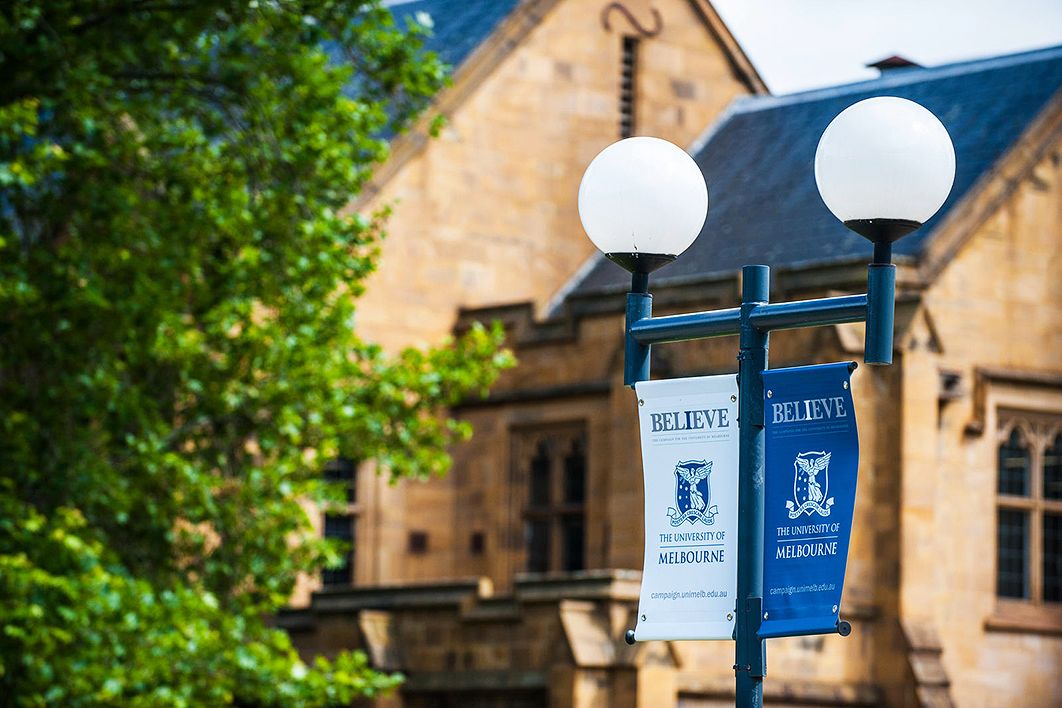