The World Economic Forum’s latest summit showed that Australia can both learn from and teach the rest of the world, writes Ian Lowe from Dubai 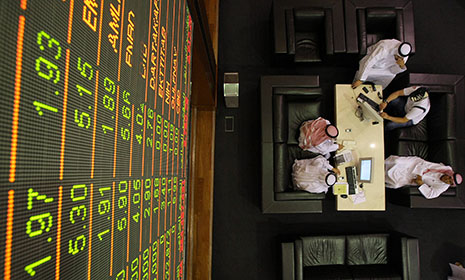 WARNING BELLS HAVE been ringing since the 1990s about the global environment. The Millennium Assessment reinforced the warnings and added concern about social trends. Still world leaders did nothing. Now, with an economic crisis on top of the social and environmental problems, decision-makers have finally woken up. In a flurry of summit meetings, leaders have gathered to talk about their principal concern, short-term economics. But they really need to be looking at the broader picture and the evidence of serious underlying problems.

That was the main message of the World Economic Forum’s Summit on the Global Agenda last weekend in Dubai. Formed in 1971 in Switzerland, the Forum aims to bring world leaders together to develop partnerships that could improve the state of the world. Its famous annual meetings in Davos have usually concentrated on economic issues. The meeting last weekend was radically different.

I was one of ten Australians among 700 participants in “the biggest ever brainstorm on the global future.” Opening the gathering, WEF director Klaus Schwab reminded delegates that the financial crisis comes on top of other complex and urgent linked problems: climate change, water security, food security and energy security. He urged us to think broadly about an integrated approach to the situation. The meeting was planned long before the global financial crisis, but that event has sharpened the minds of all but the most blinkered economists and politicians.

Most of the work of the summit was in nearly seventy groups of about ten people, concentrating on a particular issue or geographical region. The panels dealing with economic and financial issues were all doom and gloom, saying that the outlook is worse than at any time in living memory. The conclusions from the groups dealing with social and environmental issues were not much brighter: biodiversity in crisis, no coherent plan to tackle climate change, poverty and disadvantage worsening. That is the bad news. The good news is that business-as-usual is not an option. The situation demands new approaches, new technologies and new institutional arrangements.

Like Kevin Rudd’s 2020 Summit, this global meeting brought together a diverse group, although I would like it to have been more diverse. The gender balance was poor. Africa, Asia and Latin America were conspicuously under-represented. The usual suspects, men from the United States well past the first flush of youth, were prominent. And the conclusions from most of the groups did not disturb the world view of the dinosaurs, who were still urging us to close our minds and trust the market to deliver a better world.

I was in a group thinking about the future of Australia. While we could have discussed that topic without leaving home, we would not have been working in the broader context of the global gathering and our thoughts would not have been informing the other groups. We reinforced the message that current global institutions are inadequate for the challenges we now face. The best hope for the future, we said, lies in a process of social learning to develop a “green economy.”

Our views were consistent with most of the contributions in the final plenary session. We were urged to “let go of the old ways” by a speaker who specifically included among those old ways coal, nuclear power, religions and seeing GDP growth as a measure of progress. We need to identify the critical limits of natural systems and ensure our development is within those limits. “It’s the climate, stupid!” said one contributor, reinforcing the repeated observation that the challenge of climate change is much more important than the financial crisis. Another speaker urged us to recognise that “the crises are inter-connected”. “Fundamental change is long overdue,” said yet another. We were urged to democratise decision-making, empowering the disadvantaged to allow “bottom-up” responses rather than assuming the world can be controlled by existing elites. The need for a global approach demands that individual nations will have to sacrifice some of their sovereignty for the common good. The panel dealing with global governance said explicitly that the existing institutions are inadequate, while the health groups warned that we are not prepared for the inevitable future pandemic.

As part of the process in Dubai, we each spent a couple of hours sharing ideas with other panels. I was particularly interested in the conclusions of the groups that considered climate change, alternative energy and “ecosystems and biodiversity.” The climate change group stressed the urgency of a global approach to the problem. There was heartening talk of a possible summit meeting between Barack Obama and the leaders of China to discuss climate change; unlike trade, where there is conflict between the United States and China, they share an interest in finding a way forward on climate change. Obama mentioned “a planet in peril” as one of the four big issues facing him. Kevin Rudd and the British PM Gordon Brown have acknowledged that the financial crisis has not removed the need to slow down climate change.

It is a timely reminder. The 2020 Summit endorsed a comprehensive approach to climate change and the Garnaut Report reminded the government of the urgency of the task, but their recent Green Paper is disappointingly limp. The government seems spooked by the concerted campaign run by big polluters, suggesting dire consequences if we don’t continue their generous treatment. The response to climate change should not ignore the economic impacts of change, but it would be silly to assume that present arrangements must be maintained at any cost.

I was encouraged by the systemic view of the alternative energy group at the summit. Rather than confining their attention to new supply technologies, they considered the broader issue of delivering energy-related services. Improving the efficiency of turning energy into lighting, heating, cooking, buildings and transport is much easier and less expensive than new clean supply options. Even the struggling US car industry seems to be finally getting the message that there is no future in building dinosaur vehicles, with GM and Ford losing billions and the survival of Chrysler in serious doubt.

The recommendations of the panel concerned with ecosystems and biodiversity reminded me that we are actually doing quite well in Australia. There needs to be a systems approach to our scientific assessment, moving beyond the traditional silos of disciplines to explore interactions and develop integrated solutions. We have already moved in that direction with our state of environment reporting. I was involved in preparing the first national report twelve years ago; it included a final chapter summarising the factors impeding progress toward our stated goal of a sustainable future. Secondly, the group said, there is a critical need for better metrics, indicators of the state of natural systems or our demands on them. There is real interest in Canberra in the idea of developing a system of natural resource accounts so that we understand the state of those assets. And ideas like the ecological footprint convey clearly the scale of our impact, demonstrating that we are using much more than the sustainable productivity of natural systems.

The panel’s third recommendation was to develop a range of tools to change behaviour: reform of existing subsidies, enabling payment for delivery of ecosystem services, appropriate pricing of assets like water or burdens like carbon dioxide releases, targets for renewable energy supply and certification of natural products to influence consumer demand. Again, this principle has been accepted in Australia, where we have targets for renewable energy and are introducing pricing schemes. The biggest problem in this area is reform of subsidies, a change that demands political will because those who benefit will always resist being weaned from the public teat.

Finally, governance must be improved. For all the limitations of the climate change treaty and the Kyoto protocol, it was seen as being much more effective than the Convention on Biological Diversity. The expert panel saw the climate treaty as a model for the approach needed: “a new governance structure with stronger links to the long-term economic and financial implications of the loss of natural capital”. That group’s conclusions reinforced my feeling that the rest of the world has at least as much to learn from Australia as we do from them. We panelists on the future of Australia risked antagonising the northern hemisphere heavyweights by pointing that out in our report!

While the summit produced a mountain of good ideas, the real problem is implementation. We should be familiar with this issue because of the tortoise-like pace of implementing the ideas of our 2020 Summit. At least Kevin Rudd and his ministers were at the local summit and heard the discussion. In the case of the World Economic Forum, it can only bring ideas to the attention of world leaders when they meet at Davos in January. Still, I left Dubai feeling the WEF now understands the need to evolve beyond the recent obsession with markets and economic growth. If they can convey that message to the business heavies and world leaders who will brave the snows of Davos in two months time, that will be the enduring benefit of their summit. •

Ian Lowe is emeritus professor of science, tehcnology and society at Griffith University and president of the Australian Conservation Foundation

National Affairs Scott Morrison’s climate curse hasn’t gone away Tristan Edis 6 August 2020 Covid-19 might have rescued the Coalition from criticisms of its climate policies, but it can’t dodge them forever
Close 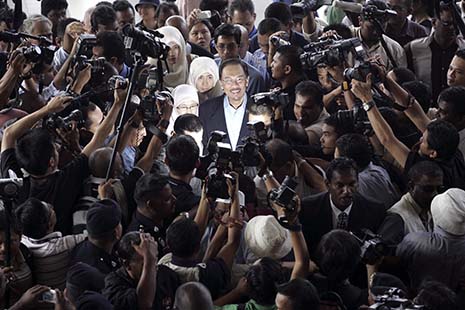