A statutory five-year term has reset Britain’s political dynamics. But not in a good way, says David Hayes 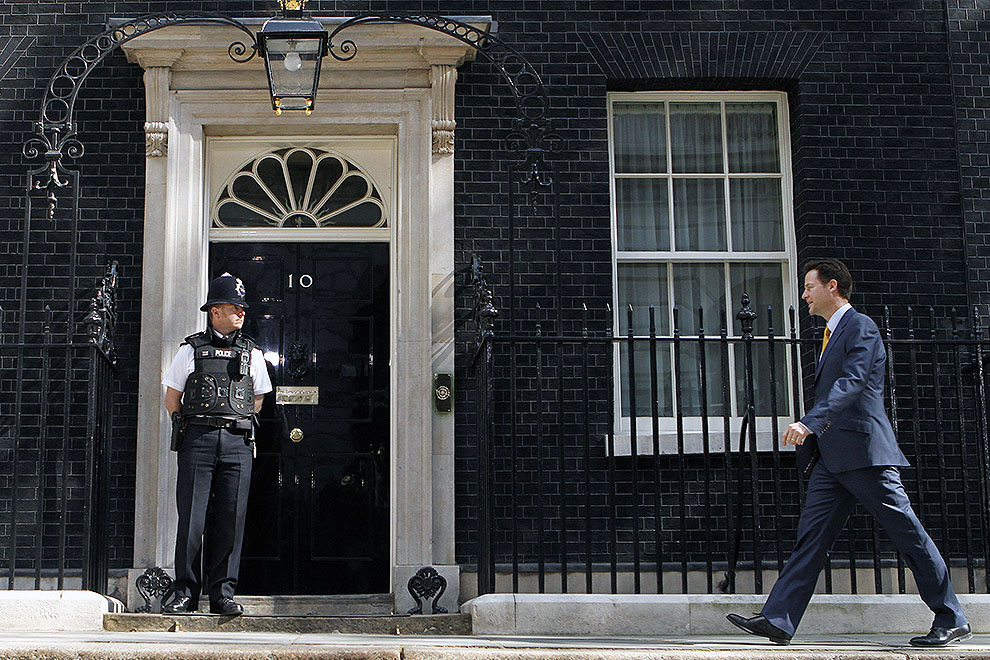 Assisted dying. Sub-prime mortgages. Cycle helmets. Prohibition. Europe’s single currency. Arguments over unintended consequences keep ethicists, engineers and economists as busy as cane toads in Coolum. For historians, they are the stuff of life. Even political scientists, amid the crumbling mythology of power and control that once surrounded their subject matter, are taking note: one of the best recent books about modern British politics is Anthony King and Ivor Crewe’s The Blunders of Our Governments, which charts in pitiless detail the epic waste involved in many projects (tax, welfare and education whizzes, for example) where reach far exceeded grasp. Read it and – especially if you belong to this “tiny little island off the coast of Europe,” as the economist Felix Salmon calls it – weep, fume, laugh or, as Salmon himself once did, flee.

This year, an all-consuming campaign for the general election on 7 May is putting a newer candidate under scrutiny: the Fixed-Term Parliaments Act of 2011. It specifies that the Westminster parliament is now to last for five years; early elections to the House of Commons are permissible only following a vote by two-thirds of members or if the government loses a vote of confidence and it proves impossible to assemble an alternative within fourteen days.

The move had been prefigured in the coalition agreement between the Conservatives and the Liberal Democrats, long bitter opponents, that was put together in the surreal five days following the inconclusive election of May 2010. The climax of their dalliance was a press conference in the rose garden of 10 Downing Street, when the respective party leaders, David Cameron and Nick Clegg, did everything but hold hands.

Amid such melodrama, the fixed-term proposal – included in the Lib Dem and Labour manifestos – seemed almost an afterthought. The impression was reinforced by a later report that during the negotiations George Osborne, Cameron’s close ally and Tory chancellor in waiting, had casually replaced the word “four” (years) with “five” in the draft agreement. Osborne’s hand of history carries a faint, second-time-as-farce echo of Winston Churchill’s “percentages” deal with Stalin in 1944 over postwar control of central southern Europe. On such arbitrary gestures do British leaders’ exercise of power, and thus the elusive British constitution – the only unwritten one in the world bar Israel and New Zealand, say reformists – come to rest.

Slipped without fanfare into the coalition prenup, fixing the parliamentary term had clear political utility in the post-election hothouse, for it drew on notions dear to the Lib Dems’ broad “progressive” constituency without overmuch alienating the Tories’ more traditionalist one. And the smooth new cadre on the brink of office was adept – the weightless Clegg most of all – in dressing whimsy as principle.

The argument went like this. The existing convention of a maximum five-year electoral cycle gives the prime minister of the day the right to dissolve parliament at a propitious time (subject to consultation with the monarch, in what is effectively a sharing of the “royal prerogative”). This creates an incentive for any government to manipulate the economy, massage the public, tame the party and square the press before choosing a convenient moment to “cut and run.” A statutory parliamentary length would level the political bearpit and force its denizens to dance to a virtuous new tune. In place of uncertainty and partisanship, stability and cooperation. Doubleplusgood!

In the progressive mind – again, embodied in 2010 above all by the Lib Dems, who had won votes from many disillusioned Labourites – the case was part of a wider agenda that liberal-left reformers could recite in their sleep. British prime ministers, they argued, were able to play the election ace because the first-past-the-post voting system had already delivered them an outlandish majority. Their anathema for such executive fiat had grown through the era of triple victories by Margaret Thatcher (1979–87) and Tony Blair (1997–2005), fuelling linked demands for electoral reform and constraints on the PM’s quasi-presidential power. To make Britain fully democratic would require a sweeping overhaul of all its opaque structures of governance: House of Lords, monarchy, over-centralised power, party funding, the secret state. But any step in this direction, however modest or technical, was welcome.

Blair’s governments had brought devolution to London, Scotland, Wales and Northern Ireland, a freedom of information law, and limited Lords’ reform. All too timid, said the left. (For the right, it was “constitutional vandalism.”) Gordon Brown, succeeding Blair in 2007, was seized by the financial crisis. Thus the Lib Dems went into the 2010 election as keepers of the reformist flame, and into government – after also securing a plebiscite on changing the electoral system – determined that this would signal precious “differentiation” from their Tory partner-rivals.

In the event, the glad confident morning in the rose garden was as good as it ever got for the Lib Dems and their fellow travellers. The latter were soon shouting betrayal over Clegg’s reversal of a pledge never to support an increase in student tuition fees. A UK-wide referendum in May 2011 saw the “alternative vote,” or AV, system – not my favoured option, said the hapless Clegg, but the best he could get – rejected by 68 to 32 per cent, on a 42 per cent turnout. A year later, Tory rebels helped abort the latest encroachment on the Lords. By then, the coalition was being assailed by policy failures, anti-austerity protests, party divisions, populist challengers, the collapse of public trust in politics. And a pantomime-horse executive, with Cameron as PM and Clegg as deputy, was dancing as best it could just to stay upright.

All this left fixed terms looking ever more like a political design in constitutional camouflage: not the prelude to “the most significant program of empowerment by a British government since the great reforms of the nineteenth century” that the shameless Clegg had promised in May 2010, but the overture to the performance of a very different work. The “big, sweeping change” of that same vainglorious speech was always a phantasm; the hard reality was hectic trade-offs by cocky new boys.

This was confirmed in July 2012 when the latest phase of House of Lords reform, a saga with more episodes than Downton Abbey, collapsed. A draft bill, the result of tortuous compromise, proposed inter alia to reduce the bloated chamber (from 826 to 450 peers), oblige the rest to serve a maximum of fifteen years and – a longed-for guillotine moment – remove the last hereditaries. A backbench Tory rebellion left the government short of votes to carry it in the Commons. A year after the pawns had crushed the AV gambit, it was the knights’ turn to checkmate the anti-Lords foray.

The peevish Clegg, ever just a tantrum away, responded by withdrawing support for the implementation of a review of the UK-wide constituency map, which would reduce the number of MPs (from 650 to 600) and align their seats more evenly with demographic shifts since 2000 (when the boundaries were last drawn). Revised boundaries prepared from 2011 but yet to be implemented would be certain to give the Conservatives a substantial boost vis-à-vis Labour, perhaps equivalent to around twenty seats, and also to hurt the Lib Dems.

Labour’s glee at the prospect of contesting the 2015 election on a canvas fifteen years out of date was unvarnished. (No one could ever accuse the party of concern about a free constitutional takeaway of its own.) The Lords cushioned, the Commons frozen: at a stroke, dozens of rotten boroughs to right and left reprieved.

The semblance of a constitutional program ended, and with it the pretence of a joint coalition enterprise. Wary ministerial cooperation continued on the economy, and began on Scotland’s independence referendum (where the three Westminster parties were on the same side). The rise of the United Kingdom Independence Party, or UKIP, sharpened Tory frustration. The Lib Dems added differentiation to their alarming range of fetishes. The legislative agenda thinned to gossamer. MPs grew bored. Everyone needed a shot – and the May 2015 election was it.

By November at the latest, via an invisible switch, Britain was propelled into a “permanent campaign” of the kind many in London used to decry when gazing across the Atlantic (by turn receiving from Washington momentary envy at a concentrated three-week tussle). For seven months, the world of politics and journalism is a 24/7 blur of polls, safe seats, swing seats, target seats, priority seats, incumbents, rivals, percentages, billboards, doorstop encounters, ministerial visits, walkabouts, photo-ops, press conferences, social media messages. And after a snatched few hours’ sleep it all starts again.

How could it be otherwise? The electoral cycle is fixed. Executive stasis and legislative torpor reign. The campaign for what the polling expert John Curtice calls a “lottery election” is the only game in town. A viperous political climate stalks the land. This is not exactly what the advocates of five-year terms – constitutional utopians and coalition poker players alike – had in mind.

A twin birth makes it hard to distinguish the precise effects of the 2011 act from the general impact of coalition government (Westminster’s first since 1940–45). It’s possible that the latter experiment has acclimatised voters to fixed terms, and that another two- or even three-party government – which current polls foresee – will entrench it. A YouGov survey in December 2014 found that 56 per cent considered fixed terms “a good idea,” with 29 per cent disagreeing; 27 per cent of the former, however, wanted a four-year term.

The latter result is significant. If an emerging consensus can be glimpsed around this little-discussed issue, it is that five years imposes too tight a straitjacket on the rhythms of political life. (For one thing, “most governments run out of ideas after three-and-a-bit years,” writes the Telegraph’s James Kirkup, who also detects a “technocratic logic” in the fixed-term policy that could embrace an even longer term.)

In addition, codifying the electoral cycle releases other mechanisms, and empowers other insiders, not necessarily more accountable or public spirited. A Conservative backbencher canvassing for a symbolic parliamentary vote on the matter heard back from just one Labour MP out of forty (a notable detail in itself), who offered the revealing reply: “You have had five years – we want five years.”

It seems unlikely that the fixed-term change will be reversed, though nothing is certain in this fluid political era. An inconclusive election result, and another constitutional trade-off, might bring closer a reduction to four years. But if the Conservatives or Labour win a clear majority on 7 May, admittedly a remote prospect, neither will have any incentive to move. The hand of history would have stopped the clock.

A five-year stretch, no remission, and an unintended consequence to beat them all. That’s the trouble with constitutional reform by political fix. Time to look out that passport after all. • 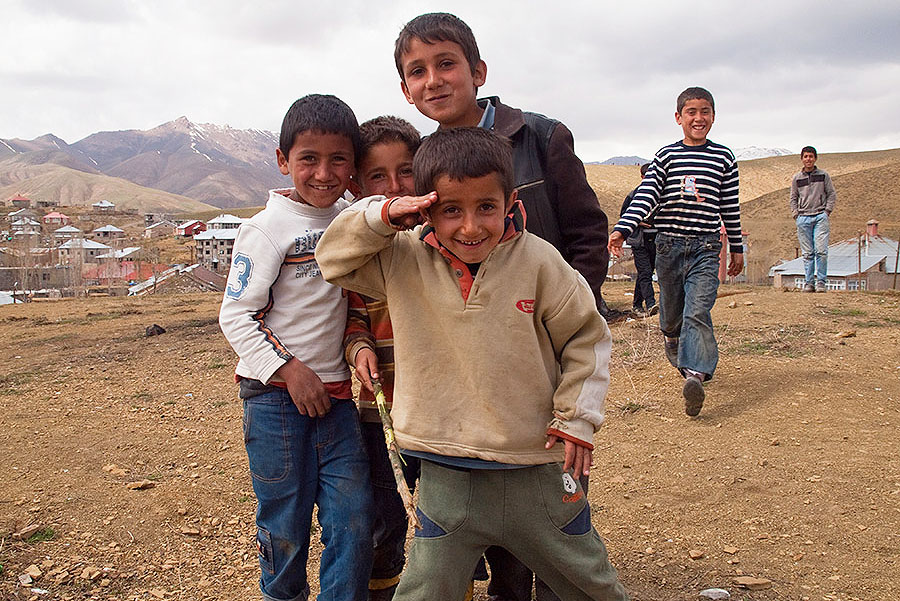