A diverse set of measures is needed if we are to minimise the risk of failing to deal effectively with climate change, write Iain MacGill and Regina Betz

Open-cut coal mine in the Hunter Valley near Newcastle. Dean Lewins/AAP Image 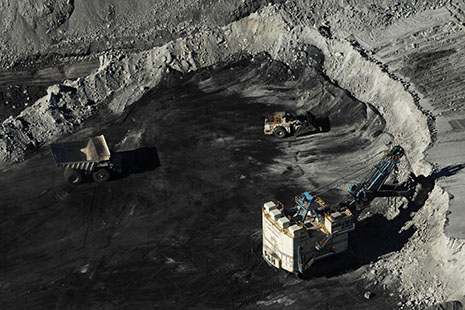 Open-cut coal mine in the Hunter Valley near Newcastle. Dean Lewins/AAP Image

THE DEBATE over emissions trading versus carbon taxes continues apace. Arguments for one or the other have focused on whether it is better to fix emission levels or fix prices, which approach is the simpler administratively, and how they affect voluntary actions to reduce emissions. All of this discussion, however, risks missing the point: governments around the world have generally proved incapable of delivering either effective emissions trading schemes or effective carbon taxes. But failure cannot be an option, so we need to establish a political environment that is equal to the climate challenge and a robust policy framework that doesn’t rely on any single measure – emissions trading or carbon tax – for success.

First, policies require an objective. And it must be said that the federal government’s announced 2020 target of emission reductions of between 5 per cent and 15 per cent from 2000 levels is an entirely inadequate contribution to effective global action. Over a year ago the Bali meeting of the UN Framework Convention on Climate Change highlighted the need for developed countries to commit to reductions of at least 25 per cent by 2020. Our government has responded by arguing that per capita emissions are a more appropriate measure of effort and that our high population growth should be factored in.

Of course, many developed countries haven’t yet committed to 2020 targets at all, so Australia’s position might therefore be considered progress. Unfortunately, we’ve merely committed to not delivering our fair share of global emission reductions up to 2020. And we’ve made the ambit claim that we are entitled to higher per capita emissions than anyone else in the world for the foreseeable future. This is hardly the right starting point for policy development at home or abroad.

Australia’s primary policy instrument for achieving these national targets is intended to be the emissions trading system embodied in the federal government’s Carbon Pollution Reduction Scheme, or CPRS. It’s important to remember that emissions trading is still experimental. The most significant scheme to date is the European Union scheme, introduced after failed efforts to introduce a carbon tax. Its performance during its first phase, 2005-07, was underwhelming. Because national governments set very weak caps and handed out virtually all permits to large polluters for free, the scheme had only a limited impact on emissions. The initially high prices for traded permits were mostly passed on to customers by large emitters, who collected tens of billions of euros in windfall profits. Eventually the permit price for the first phase collapsed to near zero. It is hard to imagine a more perverse outcome – a “polluter gets paid” scheme.

The EU now has significant 2020 emission reduction targets and is working hard to improve the scheme for its third phase, starting in 2013. Even so, the carbon price there has fallen dramatically as stressed companies hold firesales of the allowances they were given for free by governments. This hardly creates the long term carbon price signal required for emissions trading to work effectively. Fortunately the EU has other policies, particularly for renewable energy, that are delivering major emissions reductions. And it intends to do far more, particularly by improving energy efficiency.

The proposed Australian CPRS incorporates some lessons from the initial EU debacle. But unfortunately it looks like a backward step from the EU scheme in key regards. The CPRS includes the creation of formal property rights to emissions, borrowing provisions, an initial price cap, large subsidies to major emitters, unlimited use of increasingly questionable international emission reduction credits from the Clean Development Mechanism, the effective exclusion of some key sectors (such as petrol) from carbon prices over an initial period and a voluntary forestry opt-in.

Given the possible effects of the global downturn on Australian emissions and the impact of other policies such as Australia’s 20 per cent renewable energy target it’s unclear whether the CPRS will drive any significant change in Australia’s energy sector before 2020. And given that possibility, emissions trading is likely to be the wrong policy.

It is difficult to ensure a scheme’s effectiveness if the target is only a small reduction from what is an inherently uncertain large number – namely, yearly Australian emissions. Emissions over the next several years are, of course, even more uncertain than usual given the global financial crisis. Weak targets will pull down carbon prices and increase their volatility, and this will adversely affect investors’ willingness to back low emission projects. More demanding targets can ensure a shortage of permits and provide the sort of investment certainty that will be required to transform the economy.

Another key issue for investors is whether they – or worse, their competitors – might somehow manage to extract a sweetheart deal from the government that means they don’t have to pay for their emissions. It’s a valid concern. The proposed CPRS will also provide significant subsidies to large energy-intensive, trade-exposed emitters through free permits – up to perhaps 45 per cent of permits in 2020. This is perverse: emissions intensive companies will be subsidised to remain, or even establish themselves, in Australia, even if that increases global emissions.

Australia’s aluminium smelters, for example, are supplied by an emissions-intensive electricity industry dominated by coal-fired generation. An effective, efficient and equitable global response to climate change would almost certainly see such smelters located in countries with lower emission electricity industries using renewable, nuclear or gas-fired power. The proposed Australian subsidies for these smelters therefore work against effective international action. To make matters worse, some of Australia’s most polluting coal-fired power stations will be given some 6 per cent of the total permits over the first five years of the scheme. All these free permits mean that there will be two types of carbon prices – subsidised “low” prices for favoured large emitters (they may even profit from the scheme) and a higher price for everyone else.

Finally, emissions trading also involves very significant participation costs, given the monitoring, reporting, verification and trading requirements within the scheme. Is it worth imposing such costs if you might not be asking these market participants to do anything significant about their emissions for at least the next ten years? And will the cashflow generated by the scheme do anything truly useful to ensure the transition of the Australian economy, or merely see energy consumers paying more for business as usual?

The weak proposed Australian targets for 2020 undermine the case for the CPRS and the flawed proposed design absolutely argues against implementing it. There are other policy options that don’t involve such significant compliance burdens, can direct cashflow to activities that reduce emissions and don’t lock in subsidies to large emitters.

IT MIGHT BE ARGUED that emissions trading with a soft start can still provide a framework for stronger efforts later. Perhaps. But the history of these types of policies is that poor initial design choices can prove very hard to get rid of, and “transitional arrangements” can create a sense of entitlement that is hard to remove. The fact that the government’s flawed design only got worse between the green and white papers doesn’t inspire much confidence in this regard. And bad policies risk taking us backwards. What could be worse than business as usual for the climate? Business as usual with a government guarantee, for one thing.

Transforming the Australian economy for a carbon-constrained world will almost certainly require a price on carbon, among many other policy interventions. Emissions trading or carbon taxes are key options, each with strengths and weaknesses. But weak targets and emissions trading are almost certainly a poor mix. To the extent that the government’s inappropriate national targets and flawed CPRS design reflect current political realities, a comprehensive set of targeted policies might therefore be a more effective policy response for now.

Such policies would certainly include stronger regulations to improve the energy performance of appliances, equipment and buildings. Targeted financial support would encourage energy efficiency and low-emission energy investments; the recently announced subsidies for home insulation and solar hot water are an example of what might be done. Our renewable energy targets could be expanded and targets established for other lower-emission energy supplies such as co-generation and gas-fired electricity. Conversely, targeted emissions-based levies or taxes – call them what you will – could be imposed on particular industry sectors. And while we were at it we could also tackle the many existing policies that actually subsidise emissions, such as the fringe benefits concessions for vehicles.

Note that the Coalition’s proposal for a number of targeted policies instead of emissions trading doesn’t provide anything close to such a framework. There appear to be no serious targets or timelines, no regulation of large emitters and a high risk reliance on promising but still unproven technologies including carbon capture and biochar. Much more is required.

Still, the Coalition proposals suggest a way forward. Regardless of whether the CPRS or a broad-based carbon tax is introduced, a suite of policies will be required. It will be an essential part of managing the risk that particular policies might fail. And there are many obvious policy opportunities that can be seized now.

Such an approach is far from ideal. A serious carbon price across the Australian economy would make a very vital contribution to Australia’s climate and energy policy framework. Unfortunately, we don’t yet appear to have the good governance in place to either establish appropriate national emissions targets, or implement an effective economy-wide CPRS or carbon tax. •

National Affairs Scott Morrison’s climate curse hasn’t gone away Tristan Edis 6 August 2020 Covid-19 might have rescued the Coalition from criticisms of its climate policies, but it can’t dodge them forever
Close