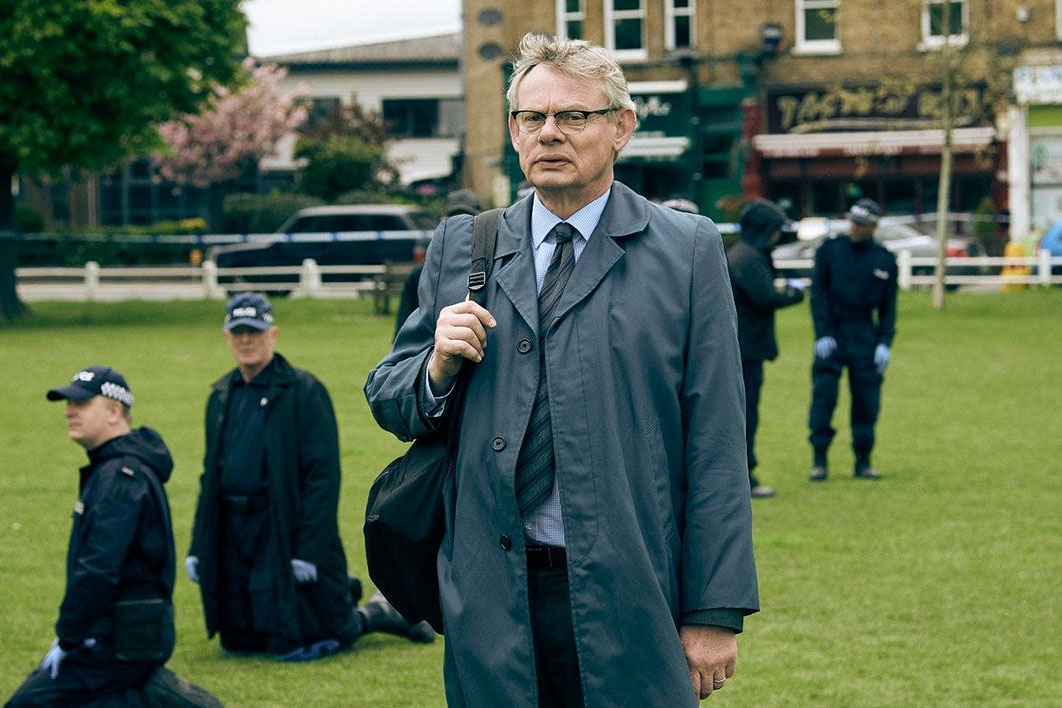 “Thank God we’ve got a police force.” Reflecting on his role as the real-life detective Colin Sutton in the British crime drama Manhunt, Martin Clunes stresses that it was a steep learning curve. Understandably, the move from comedic soap opera to naturalistic drama was a challenge for Clunes, best known to television audiences for his role as Doc Martin, but he meant something else.

The real challenge was to bring the realities of “thorough, dogged, unexciting police work” to the screen in a way that would keep audiences engaged. Producer Philippa Braithwaite, determined to step outside the clichés of conventional TV detective series and show “how a real crime was really solved,” engaged Sutton as an adviser at the scriptwriting stage. Her resolve paid off. When the six-part series went to air in Britain earlier this year, it broke ratings records with an audience of 9.5 million over the three consecutive nights on which it was shown. (The series is streaming in Australia on Seven.)

This partly reflects the notoriety of the case itself, of course, for Sutton was senior investigating officer on the hunt for serial killer Levi Bellfield, who was eventually convicted in 2008 for the murders of Amélie Delagrange and Marsha McDonnell, and in 2011 for the murder of Milly Dowler. Bellfield, in Sutton’s assessment, was a rare beast in the annals of violent crime, on a par with “Yorkshire Ripper” Peter Sutcliffe. The Yorkshire case has another kind of notoriety, too: in the annals of policing, it stands as a textbook example of an investigation gone wrong, and Manhunt highlights how Sutton was set upon learning from it.

In the dramatisation, Sutton carries around Michael Bilton’s weighty book about the Yorkshire case, and quotes from it in briefings. When his team baulks at checking 25,000 vehicles, he reminds them that the Ripper investigators were faced with tracking more than 50,000 vehicles. After they’d gone through 30,000 without producing a strong lead, a decision was made to stop and dedicate resources to other lines of enquiry. Sutcliffe’s vehicle was among the other 22,000. Had they pressed on, they’d have saved the lives of three further victims.

But when every line of enquiry spins out into scores, then hundreds, then thousands of individual checks, how can you tell which to pursue? For the Yorkshire detectives, working before the introduction of computers, it truly was a case of a needle in a haystack. By November 1980, with the death count rising and still no prime suspects, they had returned to the grinding slog of vehicle checking. Some 157,000 cars had been logged. They had taken 28,000 statements and conducted 27,000 house-to-house enquiries. The floor was groaning under the weight of filing cabinets. Sutcliffe had been brought in for questioning eight times and passed through the net without attracting any special notice.

This is not the stuff of which crime dramas are made. The fictional genre of the police procedural may take us into some of the operational routines of an inquiry, but the convention is that the individual intelligence of the central detective dominates the storyline. Interviewed about the series, Sutton is quick-witted, knowledgeable, sensitive and engaging, but his successes as an investigating officer — he has brought in convictions in some thirty murder cases — have to do with his faith in procedure itself, and the collective responsibility for adhering to it.

Clunes puts his own natural charm on hold and plays Sutton as a plain man who talks straight and works by the book. He is not in the business of outwitting people. He’s happy for a colleague to take the credit for a breakthrough and sees the rat cunning of the perpetrator as a fact of life rather than an incitement to competition. “I know my vehicles,” he says to an assistant detective who queries some technicality over a wheelbase, and you have a sense that in any other walk of life it’s the kind of knowledge that would turn someone into the pub bore. Here it’s literally a matter of life and death.

One of the unusual features of Levi Bellfield’s crimes is that he managed to avoid leaving DNA evidence. Police were left toiling through fingertip searches for cigarette butts in the grass, studying almost endless CCTV footage and spending cold hours on the motorway overpass watching for a particular white van. All this is portrayed with meticulous accuracy in the series, which is filmed in the original locations and seems barely a step away from a documentary reconstruction.

And that, surely, is the secret of its hold on viewers. It’s a matter of establishing a pace and a level of concentration that make minor interactions fascinating. Bellfield is identified and tracked at an early stage, so there’s no arc of suspense, though there are some moments of sustained tension — as when Sutton and DS Jo Brunt witness the suspect trying to lure schoolgirls into his car.

What Clunes captures especially well is Sutton’s warmth, which comes through most significantly in his concern for the parents of Amélie Delagrange. The impact on families of victims is a dimension that crime drama series rarely attend to. Nothing much is happening while you are sitting in a room with shocked and grieving people, but there’s a quietness about the approach in this series that enables the human reality to come through.

Australian audiences may have a less immediate emotional connection to these events than British viewers, but the focus on police procedure still hits home in relation to the Azaria Chamberlain case. As a recent guest on the ABC’s Brush with Fame, Lindy Chamberlain brought host Anh Do to tears with recollections of the darkest days following her wrongful conviction for Azaria’s murder. These are the costs of police work done badly.

Disturbing resonances of the Chamberlains’ ordeal came in March with the release of an eight-part Netflix documentary, The Disappearance of Madeleine McCann. The McCanns, too, went through the purgatorial experience of being the prime suspects following their daughter’s disappearance in Portugal. Again, it was a consequence of police overvaluing DNA evidence.

In the Chamberlain case, a forensic report claimed to have found traces of fetal haemoglobin in the Chamberlains’ car; in the McCann case, highly trained sniffer dogs detected traces of blood under the window in the room in the holiday resort of Praia da Luz from which Madeleine was abducted in May 2007. One of the problems with forensic evidence is the assumption that it is in itself definitive. In both these cases the forensics fed into ready-made frameworks of interpretation that had less to do with the facts than with the lures of crime fiction. The most intriguing culprit will always be someone within the circle of the existing dramatis personae; a wild animal or a random stranger will never capture the imagination with the same force.

Colin Sutton’s adherence to the disciplines of procedure has much to recommend it, and almost certainly saved lives. “Don’t get tunnel vision,” he advises his team, again citing the Ripper case, where a fixation on one line of evidence — audiotapes sent in to the police purporting to be from the killer — led to a massive waste of resources. Like the supposed traces of fetal blood in the Chamberlains’ car, they turned out to be a red herring. The wheels of conventional police procedure grind slowly, but, as Sutton proved, they can eventually find their way through the foggiest terrain.

The McCann documentary has been fiercely criticised for trawling through already widely known aspects of the story and offering nothing new. The McCanns themselves declined to cooperate. But much can be learned from its systematic retracing of the phases of the police investigation and the efforts of a skilled private detective to open the framework of enquiry in other directions. Like Manhunt, it underlines the value of showing what is actually involved in contemporary police work. •

How to be a discriminating voter 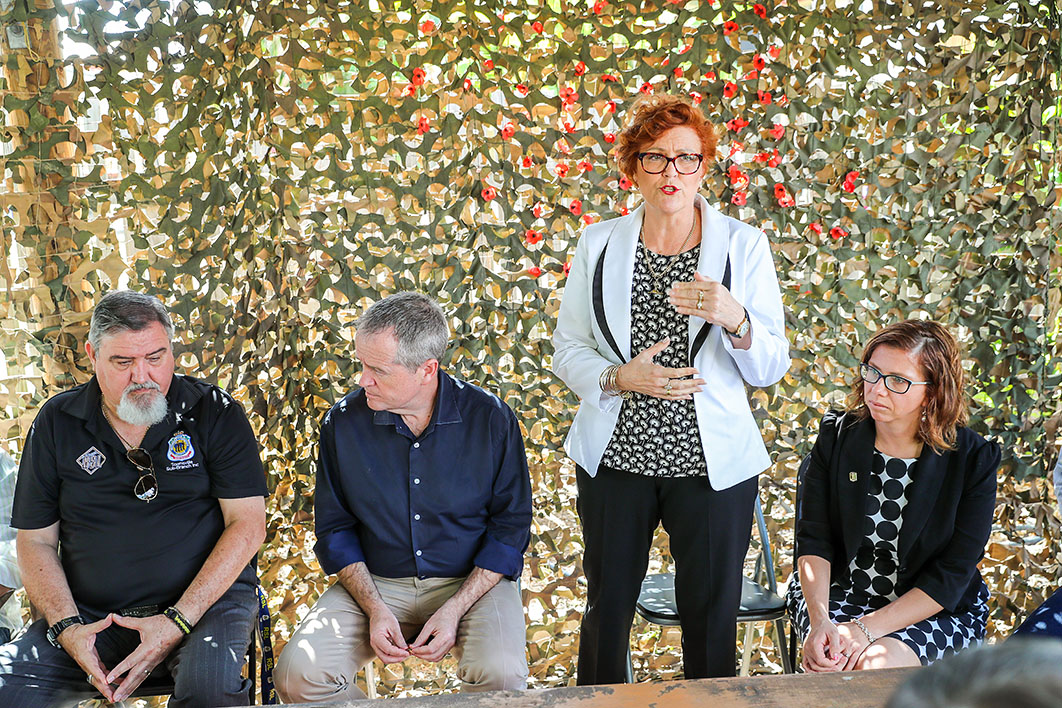