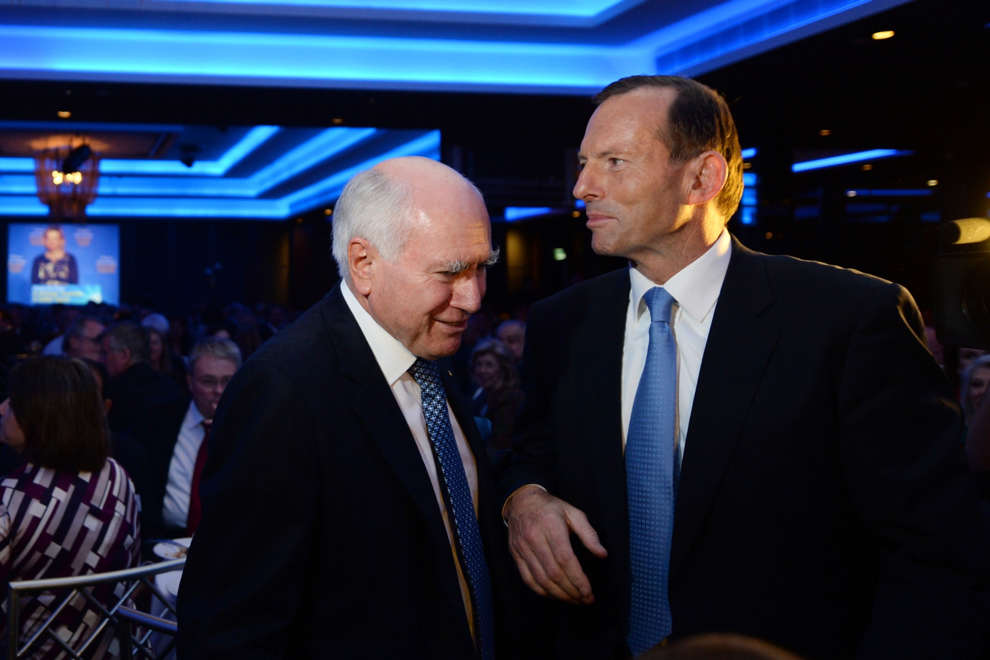 Public life is lived in a harsh and unrelenting glare – and nowhere more so than in politics. What ordinarily might pass for virtue is dismissed as cynical posturing; peccadilloes and gaffes are seized on and magnified as irredeemable sins and evidence of utter incompetence. And snap judgements like these are not easily shaken off; indeed, in the public mind, fairly or otherwise, they come to represent those about whom they are made.

Such, then, is the magnitude of the task given by his parliamentary colleagues to prime minister Tony Abbott after his near-death experience this week. He has been put on notice to change – and that involves both the way he operates and, even more importantly, the way he is perceived by the public. The big question now is whether he can achieve a makeover that satisfies his sceptical party and wins over an even more sceptical public.

Of deepest concern to his colleagues – and especially those in vulnerable seats whose future depends on the government regaining popularity – is that Abbott is failing to cut it with the electorate, and that failure means he is not getting key messages through: they are either ignored or simply dismissed because of the unpopularity of the messenger.

The harsh truth is that the public has never warmed to Tony Abbott. Neither he nor the government enjoyed the traditional honeymoon and both have consistently trailed in the polls since the election in 2013.

Abbott has dismissed such tidings with the trite comment that all leaders experience unpopularity for a time, citing in particular John Howard, Ronald Reagan and Margaret Thatcher. Leaving aside the American and British examples, the comparison with Howard is interesting. Howard’s first term was rocky, with a series of damaging ministerial resignations and policy setbacks that almost brought the government to grief in 1998. As prime minister, though, Howard never hit the troughs that Abbott has, and after the same time in office, sixteen months, his 46 per cent approval rating was a long way from dire; Abbott’s, by stark contrast, was 29 per cent in January and falling (to 27 per cent in February). Kevin Rudd and Julia Gillard came in at 74 per cent and 33 per cent respectively at the same point in their prime ministerships.

Although he has been prime minister only since 2013, Abbott is no newcomer to public life. The public has had the chance to take a long hard look at him, and as the polls over time show they have never been particularly impressed.

In the lead-up to the 2010 election, his first as leader, Newspoll found that 64 per cent of respondents thought him arrogant (against 46 per cent for Gillard) while he was considered likeable by 63 per cent (Gillard 77 per cent) and in touch with voters by 58 per cent (Gillard 61 per cent). Three years on, on the eve of the 2013 election, little had changed. He was still seen as arrogant by 63 per cent, likeable by 55 per cent and in touch by 61 per cent.

In other words, three years of intense exposure had effected little change in public perception.

Some leaders grow into the job and adapt to change, but it is doubtful whether Abbott can do this. One example among many is his unfortunate tendency to refer to housewives and ironing – a stereotype that was already out of date four decades ago.

He hasn’t been dumped, of course – not yet. But it is illuminating to look back at those before him, on his side of politics, who were dismissed by their colleagues but managed to fight their way back.

The prime example is Robert Menzies, whose first prime ministership ended in 1941, after just two years, when his United Australia Party colleagues told him they had lost their confidence in him, and he resigned. Menzies then helped found a new political vehicle, the Liberal Party, which he returned to lead, eventually winning government in 1949 (against the predictions of some diehard critics, especially in Sydney, who paraded the slogan “You’ll never win with Menzies”). He retained office for the next sixteen years.

I once asked him what the difference was between 1941 and 1949, to which he replied simply, “Times change,” before changing the subject to cricket.

Did Menzies change? Not in essence, but he did make a case for his own indispensability; he persuaded those around him that he was needed. The closest he ever came to a mea culpa about his first term is a brief passage in his memoirs, Afternoon Light, in which he frankly admitted that his “knowledge of people, and how to get along with them and persuade them, lagged behind.” According to Menzies, “I was still in that state of mind in which to be logical is to be right, and to be right is its own justification. I had yet to acquire the common touch, to learn that human beings are delightfully illogical but mostly honest, and to realise that all-black and all-white are not the only hues in the spectrum.”

John Howard’s own comeback after being dumped by his party was remarkably similar. His personal ratings had plummeted as opposition leader, so much so that the Bulletin on 20 December 1988 had a picture of Howard on the cover emblazoned with the headline “Mr 18%. Why on earth does this man bother?”

Howard Mark II, following his resurrection after the bold experiment with John Hewson and the embarrassing Alexander Downer interregnum, was a different person, not by changing any core beliefs, but in his modus operandi; he was more inclusive and more consultative, building bridges with the moderate wing of the Liberal Party, which he had previously antagonised and battled with. As he told his biographers, Wayne Errington and Peter van Onselen, “I don’t think I was a good enough listener first time around.”

Another way back from oblivion, without requiring any modification, is to draw attention to the vacuum left by your departure and persuade your colleagues that you are the only one to fill it. Such was the example of the redoubtable Jeff Kennett in Victoria, dumped by his party as opposition leader in 1989 after failing to unseat the Labor government. Arrogant, impulsive and headstrong was how Kennett was seen by colleagues and voters alike, but two years later his party came to see that these were the qualities the party needed at that moment, and the following year he won an election and became premier.

What Tony Abbott needs to do if he is to survive is to persuade his colleagues and the public alike that there is another dimension to him, that he is not simply a one-trick Tony. It remains to be seen whether he can manage this, having always been a polarising figure.

I recall a meeting I had in the early 1990s with a Liberal MP when Abbott was on the staff of then leader John Hewson. Our meeting was interrupted by a brief phone call from Abbott, who liked to offer gratuitous advice to MPs. The MP, who went on to become a senior minister under Howard, put down the phone and said, “That was Abbott. Thank God that man is not in parliament nor ever will be. He is dangerous.”

A quarter of a century on, some of his own still think that. •

Norman Abjorensen of the ANU Crawford School of Public Policy is the author of three books on the Liberal Party and its leaders. His latest book (with James Docherty) is the fourth edition of Historical Dictionary of Australia.