The world’s energy policy-makers are watching as the Merkel government takes the lead, writes Michael Jacobs 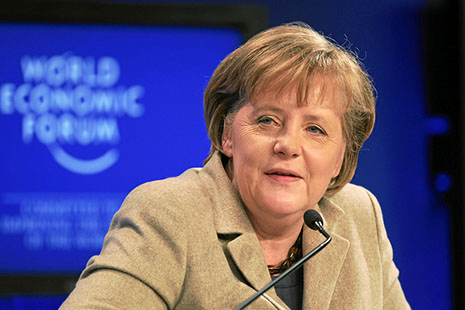 IN THE days following the earthquake that crippled Japan’s Fukushima nuclear plant in March, it was clear that the political aftershocks would spread well beyond that country. It is hardly a surprise that the Japanese government’s plans to increase the proportion of electricity coming from nuclear power (from 30 to 50 per cent) now lie in chaos. Many countries have put new nuclear building programs on hold while governments assess the implications of the disaster not just for the safety of nuclear plants but for their public acceptability.

What few people foresaw, though, was that Fukushima’s biggest impact of all would be felt halfway around the world, in Germany. But that is the inescapable conclusion from events over the past few months in the world’s fourth-largest economy. And in terms of energy and climate change policy, the results are likely to reverberate back around the globe.

The initial reaction of the German government to Fukushima was remarkable enough: it shut down seven nuclear plants pending safety checks, and then made the closures permanent. But the political reaction in the country was even more astonishing. A few weeks after the disaster, and in direct response to it, the Green Party won an unprecedented victory in parliamentary elections in one of Germany’s largest and most conservative states. As if by a chain reaction, this then led the national government of Chancellor Angela Merkel to announce that nuclear power would be phased out altogether in Germany by 2022, a decision overwhelmingly ratified this month by the German parliament. To cap it all, opinion polls are now suggesting that within two years the Greens could be coalition partners in Germany’s next government. You could describe the political impact of Fukushima in Germany as seismic.

The significance of the cross-party decision to phase out Germany’s fleet of seventeen nuclear power stations is hard to exaggerate. As the leading German news magazine Der Spiegel observed, it marks the end of a cultural war lasting almost forty years. Opposition to nuclear power created the modern environmental movement in Germany, provoking successive waves of student and civic protest and launching the world’s first elected Green Party. When the first Social Democratic–Green coalition government decided to phase out nuclear power a decade ago it looked like the environmentalists had won; but the decision was reversed by Merkel’s Christian Democrats last year, with some nuclear plants granted another fourteen years of life. So the new post-Fukushima policy represents an astonishing volte-face for the German chancellor: a very uncharacteristic one for a leader generally noted for her cautious pragmatism, but a direct consequence of the huge shift in public opinion provoked by the events in Japan.

The implications for Germany’s energy policy could not be starker. Germany has pledged to cut its greenhouse gas emissions by fully 40 per cent on 1990 levels by 2020 and by 55 per cent by 2030, en route to the European Union’s collective goal of 80–95 per cent cuts by 2050. Until a few weeks ago these commitments were predicated on low-carbon nuclear power supplying around a quarter of Germany’s electricity for at least the next two decades. The question now is whether the post-2020 targets can still be met once the nuclear contribution has gone.

In Britain a parallel question – whether tougher carbon targets can be achieved without additional nuclear power – has been answered decisively in nuclear’s favour, with the formerly anti-nuclear Liberal Democrats, now in coalition government, conceding that at least four new atomic power stations will have to be built if Britain is going to meet its new pledge to halve emissions by 2025. There, Fukushima has caused only the briefest of pauses in the drive to get new nuclear plants built.

In Germany the government is determined that its climate commitments will still be met even without a role for nuclear. Alongside its phase-out vote, the German parliament approv­ed a package of laws designed to create a new energy system built around renewables and energy efficiency. Today hydro, wind, biomass and solar account for around 17 per cent of Germany’s electricity demand: the new plan is that the renewables share will rise to 35 per cent by 2020. There will be a particular emphasis on offshore wind, which is intended to grow from near zero to 10 gigawatts (half present nuclear capacity) by 2020, and 25 gigawatts by 2030. To send the power from Germany’s northern coast to its industrial cities in the south, up to 3600 kilometres of new high-voltage transmission lines will have to be built, while €200 million (A$265 million) has been set aside over the next five years for the development of new electricity storage technologies to help cope with the intermittency of wind and solar power. More will go on developing “smart grids” to balance supply and demand. At the same time a huge drive for energy efficiency in buildings is intended to cut demand by 10 per cent by 2020. From next year, the government will commit 100 per cent of the revenues from the European Emissions Trading Scheme to climate and energy activities.

It’s a formidable program, with an investment cost estimated at up to €200 billion. But the obstacles are equally large. The sheer scale of the construction required has induced scepticism: although the government has committed to speeding up planning processes, there is already local opposition to new power plants and transmission lines, and many expect this to increase. Consumer resistance cannot be ruled out either: though the government is insisting that energy prices will rise only marginally as a result of the nuclear phase-out, this is likely to be true only in the short term when excess capacity can be used; in the medium term higher subsidies and financing costs look bound to raise prices. (Supporters of renewables note, however, that once built, the “free energy” provided by renewables should generate lower prices than fossil fuels subject to rising global demand and supply constraints.)

Perhaps most disconcertingly, under Germany’s current market arrangements it is not yet clear that energy companies will in fact build renewables to replace the lost nuclear capacity. The alternative might be altogether cheaper and less risky – that they build coal and gas-fired power stations instead. That would keep the lights on – but would also blow Germany’s emissions targets out of the water. So in the short term the major political battles of the post-Fukushima era are actually likely to be about new fossil fuel power stations – particularly coal – rather than renewables.

Much will depend on the response of Germany’s major energy companies. German energy policy has traditionally been designed to suit the interests of its four largest utilities – E.ON, RWE, Vattenfall and EnBW, long famed for their cosy relationships with the political elite. Merkel’s anti-nuclear about-turn has left them furious. Germany’s nuclear plants generate €4 billion (A$5.3 billion) of profits annually (on €7.5 billion of turnover), revenues that will now disappear over the next decade. At the same time, the introduction of full auctioning for carbon permits under the European Emissions Trading Scheme will leave their many coal plants paying the best part of €4 billion from 2013. Little wonder then that the utilities’ share prices have fallen dramatically, with the two most exposed, E.ON and RWE, down more than a fifth since March.

RWE’s chief executive, Jürgen Grossmann, has reacted especially angrily, railing against the new policy as “environmental dictatorship” and warning that it would lead to the “deindustrialisation” of Germany. RWE and E.ON are suing the government for loss of revenues from the nuclear policy. But E.ON’s boss, Johannes Teyssen, has admitted that the company has no option but to accept the decision, and has begun talking up its plans for renewables. He knows that in the new policy world Germany’s smaller municipal energy companies are gearing up to compete with the behemoths, particularly in the creation of local wind farms and decentralised grids.

More widely the nuclear decision has split the German business community, leading to a remarkable weakening of the Federation of German Industries, once the country’s most powerful lobbying organisation. On one side Germany’s heavy industries are demanding subsidies to shield them from higher energy prices. But on the other its expanding renewables and energy efficiency sectors are seizing the opportunity to shape the new policy framework to their advantage. They can see not just the supply opportunities within Germany, but also the huge export markets available in other countries going down the low-carbon path. It was a point explicitly noted by Chinese premier Wen Jiabao on his visit to Germany last month. German leadership in green technologies made the country a “very important strategic partner” for China, he said.

Yet of all the consequences of Germany’s anti-nuclear turn, it is the political impact that remains the most intriguing. There is no doubt who the new darling of German politics is: Winfried Kretschmann, the sixty-three-year-old former teacher who became Germany’s first ever Green state governor after the party’s shock victory in the southern state of Baden-Württemberg in March. A reassuringly conservative figure in a state ruled by the Christian Democrats for over half a century, he moved swiftly to form a coalition government with the Social Democrats.

The wider significance is obvious: a successful administration would provide a model for a new federal coalition after Germany’s national elections in 2013. While the Christian Democrats remain the largest single party in the national polls on 33 per cent, their current coalition partners, the liberal Free Democrats, have plummeted to just 4 per cent. With the Social Democrats on 29 per cent and the Greens on 22 per cent, this makes a “red–green” coalition the most likely outcome. Yet many commentators also note that by abandoning her former pro-nuclear position, Angela Merkel has made a Conservative–Green coalition thinkable too, if rather less probable. Remarkably, that means that the Greens look very likely to be partners in the next government whatever the outcome of the vote.

That extraordinary prospect remains two years away. In the meantime the world’s energy policy-makers and businesses will be watching to see whether it really is possible to meet tough carbon targets through renewable energy sources alone. Surveying the country’s famed engineering prowess and economic efficiency, one analyst put it succinctly: “If anyone can do it, it’s Germany.” And if Germany succeeds, then surely others can follow. •

Michael Jacobs is a Visiting Professor in the Grantham Research Institute on Climate Change and the Environment at the London School of Economics. He writes each month about climate change for Inside Story.

The life of the mind

“Don’t tell me you’re going to spend your life looking for the soul?” Brett Evans meets the philosopher David Chalmers 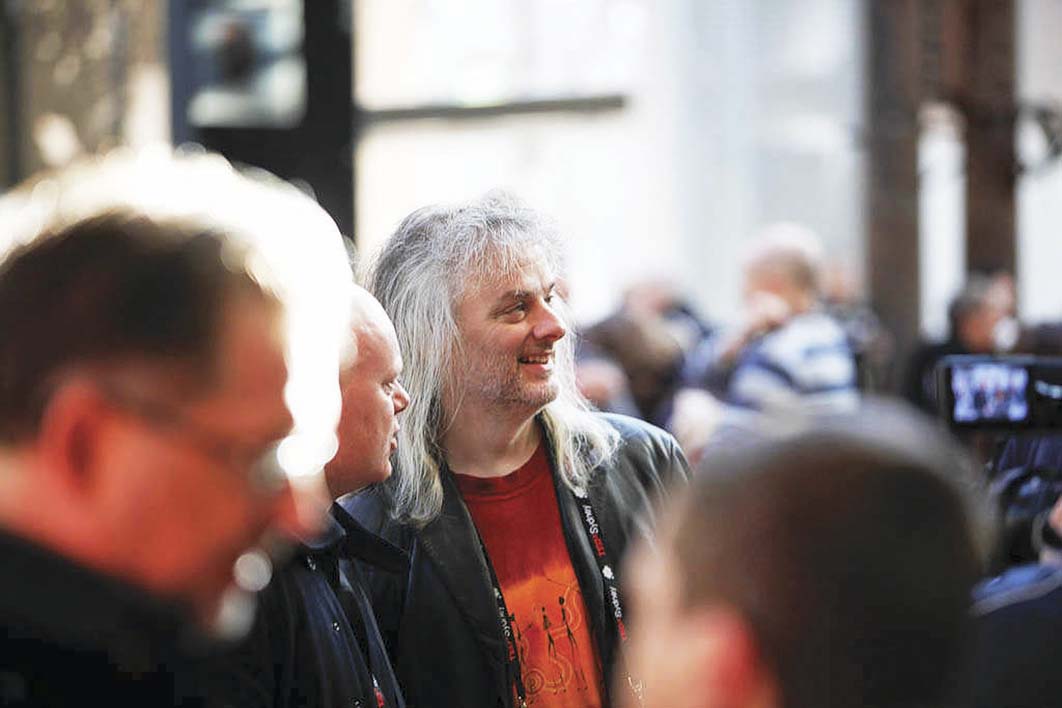