Can “the commons” save us from ourselves? 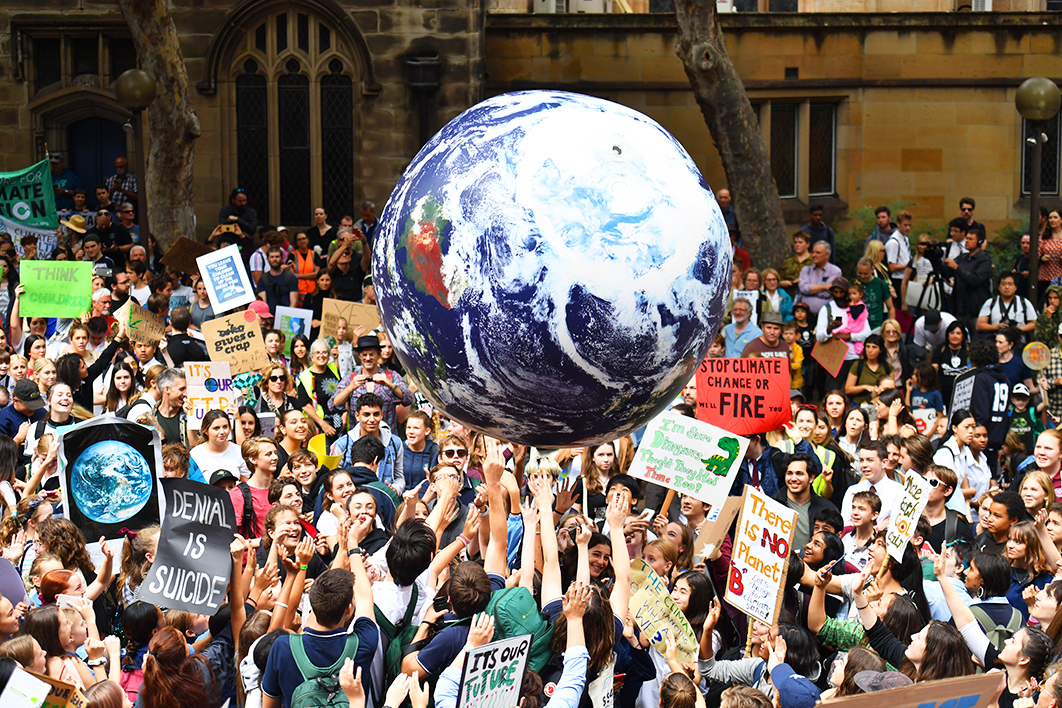 The stirrings of something better? School students at the #ClimateStrike rally at Sydney Town Hall in March. Mick Tsikas/AAP Image

The Politics of the Common Good: Dispossession in Australia
By Jane R. Goodall | NewSouth | $32.99 | 304 pages

To think about politics at the moment is to conjure a world under stress. It is not just that we confront a range of problems particular to our moment in the Anthropocene — everything from potentially catastrophic climate change to obscene levels of inequality — but that the institutions we have established to deal with such problems, including liberal democracy itself, seem incapable of responding in a meaningful way. There is a palpable sense that “we” have lost our way.

But even as news headlines are dominated by the latest Trump outrage or the ongoing stupidity of the Brexit process — Trump and Brexit being emblematic of all the failures that confront us — I wonder if we can’t discern the stirrings of something better beginning to take shape.

They are apparent in the rising number of books, articles, documentaries and lectures that are invoking concepts such as “the commons”; that are urging us to rethink the place of work in our lives; that are offering alternative methods of distributing wealth, from cooperative ownership to a universal basic income; and that are theorising new approaches to politics, including concepts such as citizen juries and even the ambitious approaches embodied in the so-called Green New Deal.

Such stirrings are definitely only nascent — they have little mainstream organising power as yet — but they are there if you care to look. If you tilt your head the right way, you might even begin to believe that we are on the verge of positive change. Certainly this is the view of Inside Story columnist Jane Goodall, whose new book, The Politics of the Common Good, is a worthy addition to this emerging school of thought.

Goodall herself is aware of the transitional nature of our moment, and begins her book with a quote from Matthew Arnold: “Wandering between two worlds, one dead, the other powerless to be born.” She writes:

Surely we are at such a moment. Neoliberal orthodoxy with its economic credo continues to inspire government policies that play out through ever more radical cuts to public services and civic institutions… Yet as the second decade of the twenty-first century draws to a close, the mood for change is as strong as it has been in previous periods of revolutionary upheaval.

Her book is very much about defining and explaining neoliberalism as the dead world we are leaving, while setting it against the new period of “the commons” that is waiting to be born. In the process of drawing out the ramifications, she has an interesting argument with herself about “what qualities are intrinsic to human nature” and whether these are “susceptible to alteration through external influence.” Her concern is that “through the course of the twentieth century… claims about what is ‘essential’ to human nature are laden with ideological determinations that have set the policy directions in many countries.”

Essentially, her argument is about whether humans are intrinsically competitive or cooperative creatures, and I think it is fair to say that her conclusion is that we embody both qualities, and so it matters how we design our institutions of governance. Will they encourage competitiveness or cooperation? Neoliberalism, as the dominant ideology of the recent past, has unequivocally favoured a competitive approach to the allocation of resources, and its all-pervasiveness has brought us to our current impasse.

Our response cannot be to simply will more cooperative behaviour into existence: we must design institutions that take cooperation as a governing principle. Like other writers and thinkers working in this space, Goodall reaches into history to revive sometimes ancient methods of cooperation and governance to provide us with examples of what might be possible.

At the heart of her approach is the idea of “the commons” — shared spaces of human interaction that properly belong to nobody and to everybody. These spaces — in the world of information embodied by the internet as much as in the natural world — represent not just a shared resource but also a general inheritance, a wealth if you like, that should not be “enclosed” by private ownership and individual profit.

But Goodall highlights something more about our understanding of the commons, and I think it is the most challenging and potentially most revolutionary contribution her book makes. She argues that “the commons are more than communal property. The very fact of common ownership and benefit implies work.” She quotes David Bollier saying that “the commons consists of working, evolving models of self-provisioning and stewardship,” but she takes the argument about commons-as-work in an interesting direction beyond this:

The reason I think the idea that the commons are “created and defined through work” is such a valuable insight is because, as we increasingly move into a period in which various forms of artificial intelligence and automation fundamentally alter the social relationships involved in work, we need to make decisions about what role we want that technology to play. This means we have to think about work differently, and Goodall sets out to do that in an insightful way. (In this, she is a kindred spirit with another Inside Story contributor, Frances Flanagan.)

In a neoliberal world that is dying but still powerfully flapping about, technology is increasingly not just displacing humans from work but undermining conditions of employment and thus contributing to inequality. Such technologies might also create new jobs, but those jobs are offered on a take-it-or-leave-it basis and with remuneration insufficient to ensure a decent life. The work that is left over from automation (“created”) is increasingly drained of meaning and worth, and fails to offer the fulfilment that many claim is one of the primary benefits of having a job.

The neoliberal world is incapable of recognising this loss of a common good, fixated as it is on competition and individual profit. Only a return to common ownership of the means of production, via things such as workers cooperatives and other forms of communal control, will allow us to engage with these new technologies in a way that sees them deployed (or not) to the benefit of the many, not just the few.

Of course, in terms of what to do next, Goodall barely scratches the surface, and I think underplays the potential benefits of technology. The approach she highlights — using William Morris and his reinvention of traditional methods of creation and production — is, to me at least, unconvincing. Not because the world of artisan producers that she describes is undesirable — far from it — but because I doubt it scales at the level necessary to achieve the results she desires in the world we actually live in. I might be wrong about that, but she didn’t convince me her vision was possible.

Still, Goodall is wise enough to recognise that what she is offering is not a cure-all. She says clearly and early on, “Those of us who advocate for the return of the commons as a response to the ravages caused by neoliberal policies do not propose this as some kind of ‘answer’ to all our problems.” Conflict is inevitable, she writes, but a commons approach may prove to be the only thing that saves us from ourselves.

And I think this approach underpins the thinking of many working in this space: they wish to offer alternatives that allow us to avoid war, full-scale societal collapse, or even revolution. Books such as this are valuable as much as anything, as fair warnings about the risks we are facing, part of a growing plea to take our challenges seriously. If we let the worst happen, we will not be able to say we weren’t warned. •

Tim Dunlop is a Melbourne-based author. His latest book is The Future of Everything: Big, Audacious Ideas for a Better World. You can follow his work at Patreon.