Caught in the headlights

On climate, Barnaby Joyce is a speed bump about to be run over by a monster truck 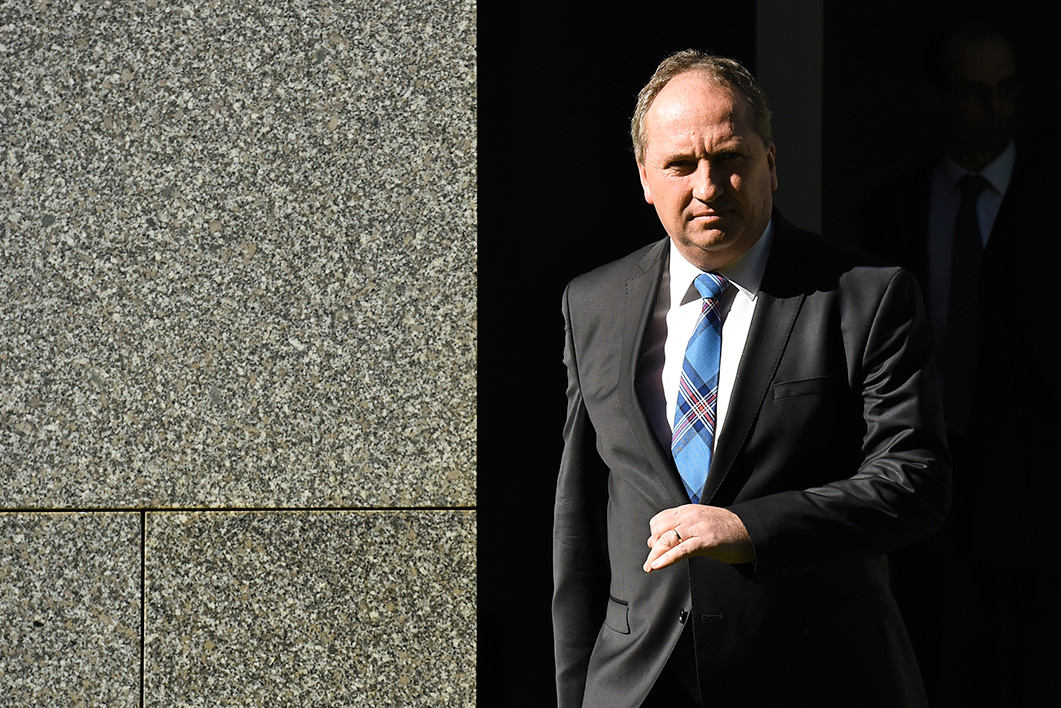 If the media coverage is to be believed, the main reason National Party MPs dumped Michael McCormack was that they didn’t think he could stop Scott Morrison from committing to a target of net zero emissions by 2050.

If McCormack wasn’t anti enough, then we have to wonder what his replacement, Barnaby Joyce, has in store. When the Conversation’s Michelle Grattan asked McCormack back in June whether he would allow the government to adopt a goal of net zero by 2050, he replied, “Well, we’re not going to sell our coalminers out, no way, shape or form, as Nationals. And nor is Scott Morrison… [W]e’re not signing up to anything.”

More than a year earlier his attitude to net zero by 2050 was the same: “I think if you go down that path, what you’re going to do is send factories and industries offshore, send manufacturing jobs offshore.” Yet these very public and very emphatic protestations were not enough to ward off a challenge.

So why exactly was Barnaby Joyce elevated to the role of Australia’s blocker-in-chief? Apparently, because the National Party is now the champion of blue-collar workers in mines, in smelters, refineries and power stations, and in our oil and gas fields and liquefaction plants. As Matt Canavan, seemingly Joyce’s chief backer, went so far as to say, farmers aren’t numerous enough to be the National Party’s most important constituency.

The Nationals claim they will defend hi-vis workers against the global push from a net zero coalition made up of the United States, Canada, Japan, all of Europe, South Korea and China. Canavan told parliament that rather than adopt a net zero target we should “put Australia first.” This means adopting “policies that will bring back manufacturing… and not be beholden to agreements that are worked out in overseas capitals that betray the interests of the average working men and women of this country… That is what, I know, Barnaby Joyce is focused on.”

The global financial markets can see that this means carbon-intensive businesses are no longer worth the risk. The governor of the Reserve Bank of Australia, Philip Lowe, revealed in June that “a very frequent question” in the international meetings he attends is “What is Australian business doing to decarbonise?” “Many international investors are very focused on this issue…” he said, “and that’s a trend that is only going to continue.”

If you don’t believe the Reserve Bank governor then take it from the fossil fuel industries themselves. One of Australia’s major thermal coal producers, Whitehaven Coal, complained to a parliamentary inquiry that Australian banks’ lending policies “are not tethered to any local emissions-reduction framework and go significantly beyond the current or likely future energy transition arrangements outlined by the Australian government.” Sandy Mak, Lawyers Weekly’s Dealmaker of the Year, told the Australian oil and gas industry’s annual conference that when she tries to broker a merger or acquisition involving any kind of fossil fuel, “a whole bunch of clients… say they can’t do it.” These major clients are telling Mak they will “never get it signed off by the investment committee.’’

The message is equally clear in manufacturing. The chief executive of Rio Tinto, the majority owner of Australia’s alumina and aluminium facilities in Queensland and the Hunter Valley, told investors the company will dump plants whose carbon intensity is inconsistent with its 2030 emissions reduction strategy. No prizes for guessing which ones: he noted that the company’s Australian assets are on “thin ice.”

The industrial might and smarts of the regions and corporations that have adoped an industrial-technological strategy of killing off fossil fuels are truly intimidating. Have a look around you at the technology and manufacturers that define “world-leading” and then ask yourself — where are they betting their chips? Where is California, and especially Silicon Valley, putting its money? How about Korea’s Samsung and LG or Japan’s manufacturing giants? What’s the strategy of German technology and manufacturing leaders like Siemens and Volkswagen?

In fact, look at the corporate strategies of almost all major car manufacturers: Ford, General Motors, Volvo, Porsche and even Bentley are planning for all new car sales to be electric by 2030–35. Even Mercedes, a laggard, expects half of its cars will be electric by 2030. These companies will then deliver the last piece of the decarbonisation puzzle: low-cost energy storage to go with low-cost wind and solar.

Canavan says that China’s behaviour means this can all be ignored. It’s true that China’s heavy reliance on coal and growing oil and gas consumption are serious problems. But the world’s leading analyst of the global oil and coal market, Wood Mackenzie, had this to say about China’s pledge to net zero emissions:

When President Xi Jinping announced the country’s goal of carbon neutrality by 2060 last September, he wasn’t simply indicating that China would adjust its energy mix to reduce emissions, he was giving notice of the complete transformation of its economy and how it produces, transports and consumes energy. For Beijing, energy independence and decarbonisation are inseparable: by winning the clean-energy race, China can cast off the shackles of its reliance on others and dominate the resources and technologies the world needs to decarbonise. This isn’t future gazing. China is innovating, not replicating. Decisive government and private-sector efforts have put it well ahead of the game in virtually all clean-energy supply chains and technologies.

While China consumes a lot of coal, it isn’t much of an exporter of either coal or coal technology. But it absolutely dominates the global market for solar panels, and it is an increasingly important wind-turbine supplier. It is also furiously building up its manufacturing capability in batteries and electric vehicles. With a population whose health will be greatly improved through the rollout of zero-pollution technology, a move to net zero is unequivocally in China’s own interests.

So should we be betting the communities of Central and North Queensland and the Hunter on the hope that every one of these global economic powerhouses will fail?

The reality is that the National Party leader is an irrelevant minnow to the leaders of the world’s biggest economies and corporations. A person powerless to do anything but gum up the wheels of Australia’s effort to better prepare for a new energy future.

Barnaby Joyce is but a minor speed bump in the way of a monster truck poised to mow down Australia’s fossil fuel reliant regions unless we get our act together. At best, we have a ten-year lead time before that truck comes rolling through town in earnest. We need to reshape our energy system to repower mining and manufacturing, so that we are on board that truck rather than under its wheels. •

We haven’t heard the last of Pegasus, the authoritarian government’s friend 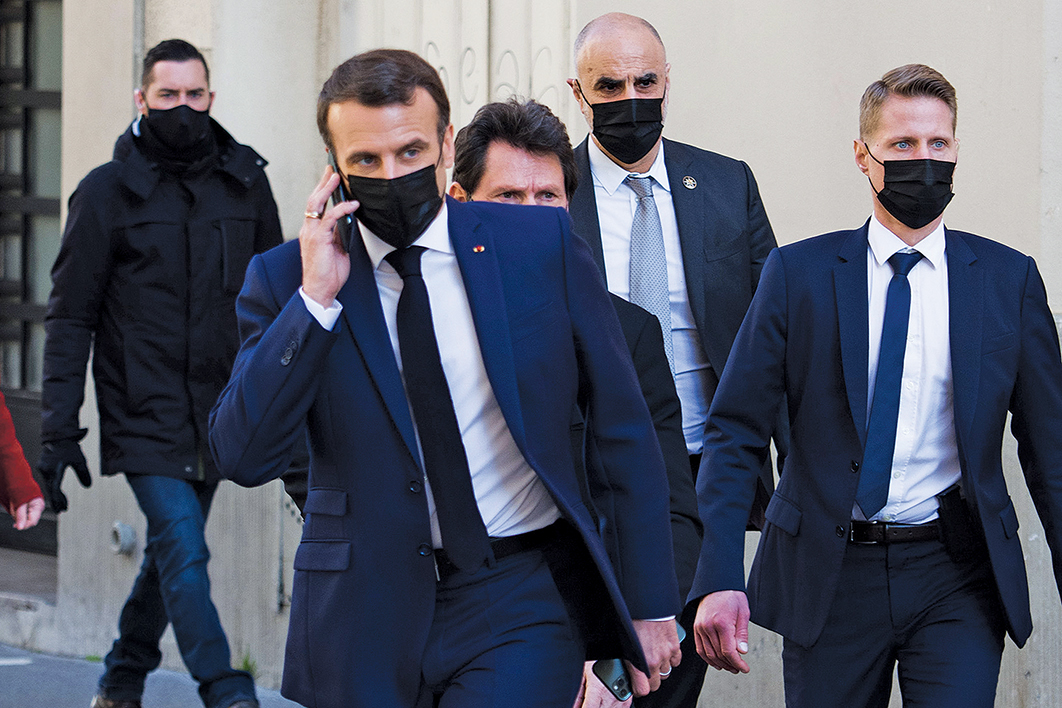