Books | Is there more to the story of the great reforming premier, Don Dunstan? 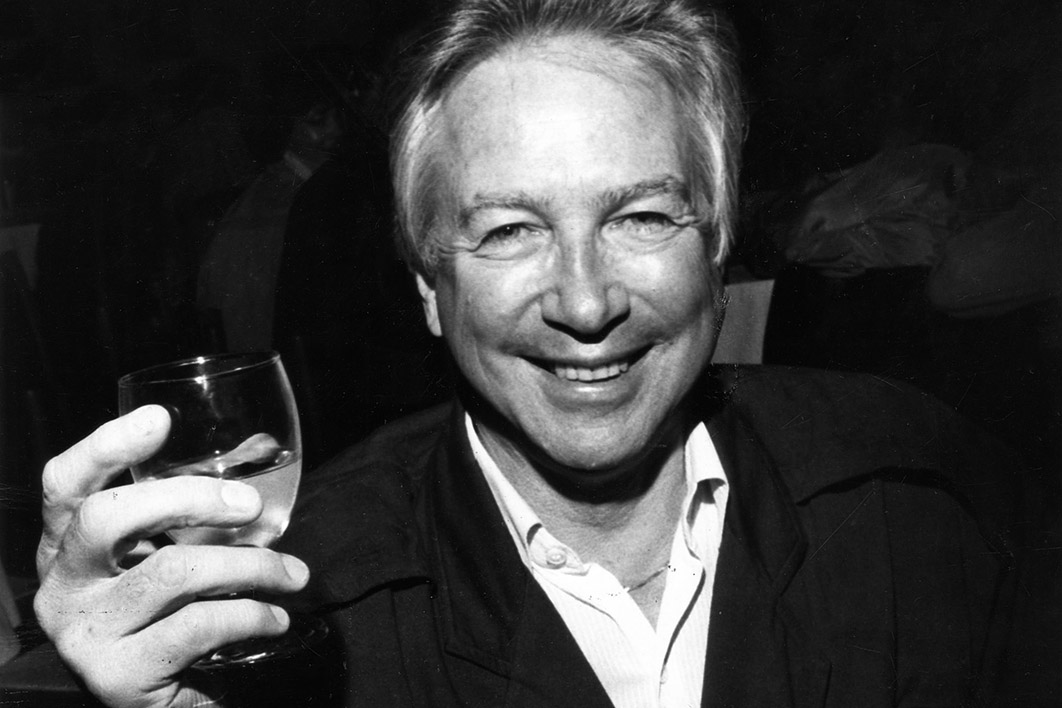 On a stiflingly hot November day in 1972, Don Dunstan, the popular and flamboyant Labor premier of South Australia, caused a minor stir when he showed up to work in a white t-shirt, long socks and a pair of pink shorts. Lest his point about sartorial informality and diversity go unnoticed, he organised an impromptu photo opportunity for the press on the steps of Adelaide’s Parliament House, grinning like a schoolboy in his new uniform. It remains the enduring image of this iconoclastic politician, crusading social reformer and giant of South Australian public life.

More than fifty years later, the Dunstan legend lives on. In 2014, the famous photograph adorned the cover of Dino Hodge’s Don Dunstan: Intimacy and Liberty, and in 2017 the sacred garment was put on display in Adelaide’s Centre of Democracy, having achieved “treasured object” status. Now, in this celebratory new biography of South Australia’s “trendy” premier, Angela Woollacott has gone some way towards explaining how this pair of shorts became the material expression of democratic reform in Australia’s “wowser state.”

As a prototypical modern politician, Dunstan possessed a remarkable talent for public drama. In the late 1960s and early 1970s, the personal charm and media literacy of this chardonnay-sipping, theatre-loving, cookbook-writing premier helped Labor broaden its electoral base to include both the progressive middle classes and the “concerned intellectuals” it now takes for granted. At the moment when the personal became political, writes Woollacott, he “embodied modernity,” projecting a new image of the Labor Party that was unapologetically urbane, cosmopolitan and liberal.

In both his public and private life, Dunstan was every bit the modern man. He wore jewellery and safari suits, read poetry, played piano, gave interviews to Cleo and Playboy, grew vegetables and cultivated a passionate interest in food, wine, theatre, design, literature and the arts. In his post-political life he learned Italian, hosted a cooking show and opened a restaurant. He was a bona fide culture hero, an avatar for the era’s much-mythologised atmosphere of political optimism, personal freedom and sexual permissiveness.

Though a media darling, Woollacott contends, Dunstan rarely sacrificed substance for style. He was, rather, a committed democratic socialist and a “careful and far-sighted political strategist.” In two stints as premier he leveraged his personal popularity to push through an ambitious progressive agenda in a state that Patrick White once described as “starchy and reactionary.” Between 1967 and 1978 he decriminalised homosexuality and abortion, legislated for equal opportunity and anti-discrimination, abolished capital punishment, loosened censorship laws, funded the arts, pushed through Indigenous land rights claims and helped remove White Australia from the Labor platform.

Such democratic fervour does not spring up overnight, of course, and Woollacott devotes her early chapters to a largely circumstantial search for its elusive origins. Though he was of South Australian stock, Dunstan spent a substantial chunk of his formative years in the Fiji of the 1920s and 30s, where his father was employed as a store manager in the sugar town of Navua. Like all the other well-to-do white families on the island, the Dunstans employed Fijian servants and enforced Fiji’s strict social and racial hierarchies. It was in this colonial crucible, we are repeatedly reminded, that young Don acquired his social conscience.

Dunstan’s childhood was otherwise unremarkable. After contracting a nasty infection, he was sent back to South Australia to live with relatives in Murray Bridge. He was a bright boy, but was something of a social outcast, effeminate, emotional and — fatally — uninterested in sport. He eventually found his feet at St Peter’s College, an exclusive Anglican boys school in Adelaide, where he developed a love of acting and the theatre and excelled in the classics and Ancient Greek.

At the University of Adelaide, he enrolled in an arts/law degree and enthusiastically involved himself in both student politics and the Anglican Church. After graduation and marriage, he struggled to find work in Adelaide as a lawyer, eventually moving back to Fiji with his first wife Gretel to be near his recently widowed father. In Fiji he proved his radical legal credentials, representing Indians and Fijians so successfully that he was soon politely asked to return to Adelaide by the island’s white establishment.

As a young Labor reformer in the 1950s and 60s, Dunstan made his name as a champion of Indigenous and minority rights. Elected to the South Australian lower house at the age of twenty-six, he served as president of the Federal Council for the Advancement of Aborigines, starred in a racially charged debate about capital punishment, advocated for independence movements in Cyprus and New Guinea and promoted greater Australian involvement in the Asia-Pacific.

As attorney-general and later as premier, Dunstan set about unravelling one of the nation’s most heavily gerrymandered electoral systems, where for decades more than two-thirds of lower house seats had been going to only a third of (mostly rural) voters. Overturning such legal chicanery was the political achievement on which all the other Dunstan reforms were built.

In this respect, Dunstan was a political radical with a deep regard for the rules. His former university master, noticing young Don’s lawyerly instincts, described him as a “utopian socialist working along constitutional lines.” His instinct was always for reform rather than revolution. At a young age he even made a political hero out of Edmund Burke: “It is not what a lawyer tells me to do, but what humanity, reason and justice tell me I ought to do,” reads the monument to Dunstan in his former electorate of Norwood.

Such radicalism has respectable limits. In this new golden age of street protest, for instance, Dunstan often made national news by attending demonstrations against the Vietnam war and South African apartheid. Yet in 1970 he made headlines for the opposite reason when he ordered police to stop protesters occupying a major Adelaide intersection, which led to a large and violent melee. Dunstan, the “refugee from the Establishment,” was caught between two worlds. The line between protest and anarchy, he told an interviewer in the wake of the controversy, was at “breaches of law and order.”

This penchant for the dramatic made Dunstan a state premier with a national profile. But, as he was constantly reminded, “Adelaide is not Canberra.” Federal Labor senator Jim McClelland dismissed him as a mere “provincial premier,” and Gough Whitlam allegedly told him to stop wasting his time in a “pissant state.” From the late 1960s, it became a media cliché to speculate about whether Don Dunstan would “go federal.” Clyde Cameron, the federal member for Hindmarsh, even claimed to have offered him his seat in 1975, but by then — with the Whitlam government on the slide — the opportunity had passed.

Dunstan thought Whitlam a man of “extraordinary contradictions” whose “failure to establish consensus” led to his political undoing. What is missing from this biography of Dunstan, however, is a sense of his own contradictions, the possession of which seems necessary to life in politics. He appears instead as something of a political saint and a Labor legend, always on the side of the just and the good. He is curiously static and unchanging, a cipher for the political causes he pursued, clear-eyed and methodical — which he no doubt was, but surely there is more to the story.

Much has been made, for example, of the connections between Dunstan’s private life and public politics. He was famously, though never publicly, bisexual, and as a politician he was a warrior for sexual liberty, civil rights and anti-discrimination. But he also had a rather ethically dubious habit of pursuing sexual relationships with members of his own staff, a complex issue — perhaps even a contradiction — that could have been treated with a little more scepticism.

Contradictions take the shine off political legends, and there is no doubt that the legend of Don Dunstan is one worth having. His was a civilised socialism, as committed to food, design and the arts as it was to democracy, equality and social justice. He envisioned an Australia that was diverse and equitable, cosmopolitan and multiracial, “richer, more interesting, responsible, sophisticated — and flavourful.” All, writes Woollacott, were “vital to a life well lived.” In the 1980s, Australian conservatives got plenty of mileage out of the epithet “chardonnay socialist.” Dunstan, though, would have worn it like he wore his pink shorts: with pride. •

Ryan Cropp is a Sydney-based writer and historian, and a PhD candidate at the University of Sydney.