Amid the back slapping and back stabbing, this year’s Walkley Awards dinner highlighted the threat to quality journalism, writes Margaret Simons 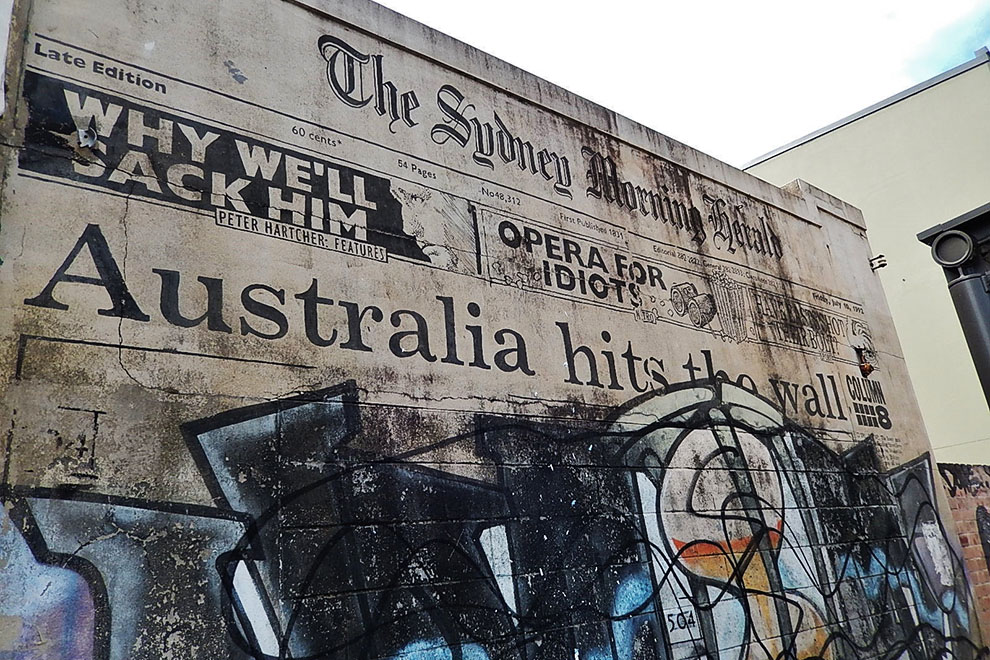 This year, the Walkleys ceremony was civil, although to my mind the Crown venue always imparts a tawdry air. It is depressing to see glaze-eyed people feeding the pokies on the way in and on the way out, and to realise that no matter how well we journalists tell our stories many people just want to tune out. The secretary of the journalist’s union, Chris Warren, seemed to acknowledge the irony of the venue when he opened proceedings. He made the usual acknowledgement of the traditional owners of the land, and followed by acknowledging “the traditional owners of Crown Casino, the Packer family.”

The Packer family, of course, are no longer significantly involved in media, and after having cursed them for years, it seems that now we must mourn them as well. Since Kerry Packer died, the Bulletin has closed and Channel Nine’s Sunday program has been axed – both of them outlets that the old warhorse kept going despite declining circulation, ratings and profits. Having cursed the media moguls for their excess of power, it now seems we are having our noses rubbed in the evidence that to survive and prosper, journalistic outlets need committed proprietors – and there aren’t many of them left, at least in mass media.

There is always an incongruity in the glitz and glam of the Walkleys. Clips of the best journalism, often including pictures and words about famine and profound human suffering, are played on giant screens as journos in dinner suits and cocktail dresses feed their faces on the usual sort of messed-about hotel food that passes for a posh dinner. Then there is the bitchiness, common to all professions. On Thursday night I must have taken part in at least a dozen conversations about how somebody else really should have been given this award or that.

But among all the alcohol-fuelled bonhomie, back slapping and back stabbing, this year’s Walkley Awards were the first when you could really feel the chill of the winds sweeping through journalism. The highest award for the evening, the Gold Walkley, went to Channel Nine’s Sunday program for a piece by Ross Coulthart and Nick Farrow about the “Butcher of Bega” – a doctor accused of abusing and mutilating the women in his care. The same piece won both the award for television current affairs reporting and the award for investigative reporting. Yet the program – a frequent winner of Walkley Awards – no longer exists.

Other winners included the ABC’s Radio Eye (for best broadcast feature), which will finish up this year, and illustrator Simon Bosch (best artwork) formerly of the Sydney Morning Herald, who was “let go” in the Fairfax blood-letting a few weeks ago. Among those shortlisted for awards were a Julie-Anne Davies story in the Bulletin, which no longer exists, and an article in Time, a publication that has just announced the sacking of all its Australian journalists and the probable closure of its Australian bureau.

There is something profoundly sad and profoundly disturbing about an industry giving its highest awards to outlets that no longer exist, or are in decline.

Meanwhile every joke and jibe from those at the platform was aimed at Fairfax – once the occupier of the high moral ground in Australian newspaper publishing but now reviled as the company managed by people who don’t understand journalism, who have appointed editors who don’t have the confidence of their staff and who have made some of the best journalists on their staff redundant.

I am told that Fairfax management booked two tables at the Walkleys. It must have been a very uncomfortable night for those who occupied them. Every time Fairfax management was mentioned – which was a lot, and always disparagingly – there were boos and hisses.

One of the presenters on stage was Mike Carlton, who lost his column in the Sydney Morning Herald earlier this year after he refused to file copy while the journalists were on strike. “Give him back his job,” went the call from the floor. In just a few short years, Fairfax has gone from being the place serious journalists aspired to work to the butt of bad jokes.

Just to rub it in, the award for journalistic leadership went to John Hartigan, chief executive of Rupert Murdoch’s News Limited. Hartigan talked about how, a few years ago, he regarded the Walkley judging process as biased. It is well known he thought all the awards went to Fairfax, the ABC and SBS because of anti-Murdoch feeling. Last Thursday Hartigan was cheered. Why? Because with as the driving force behind the Right to Know campaign for transparency in government and the courts he has shown that he understands journalism and is willing to support it. He may well be the last media company CEO in Australia of whom this can be said.

Hartigan didn’t resist the temptation of yet another kick at Fairfax. “We have to cut our cloth, but we will not slash and burn journalism,” he said in his speech, and was cheered. Meanwhile the Managing Director of the ABC, Mark Scott, who recently described Rupert Murdoch as the “last best hope for newspapers” looked on.

What sort of a last best hope is it? There were, of course, some present who said Hartigan’s claim wasn’t true. News Limited, like everyone else, is cutting the amount it spends on journalists. And, despite his apparent vigor and health, Rupert Murdoch is an old man. Given that the Australian by all accounts barely breaks even, who can say whether it will survive his death? Particularly when a new biography has claimed that Murdoch’s death is likely to result in a deadlock between his heirs.

Amid this gloom, some very fine pieces of journalism were on display last Thursday night, and it was good to see them rewarded. But nobody at Crown Casino was arguing against the proposition that journalism is a profession facing a crisis.

It is worth remembering that while the twin threats of new technology and the death of the media moguls are threatening the survival of serious journalism in Australia, there is in fact no evidence of reduced public appetite for true stories, professionally told.

One bright spot: as usual, the ABC and SBS scooped almost all the awards for broadcast journalism. Before next year’s Walkleys, we will know how the Rudd government has handled the public broadcasters’ triennial funding submissions. Will the ABC and SBS be able to continue sending journalists to do the hard, grubby work, or will they too decline into frippery, the reworking of media releases, and irrelevance?

It is time journalists and their audiences began to think about how to ensure the good things about journalism survive into the new media age. Meanwhile, I am forced to wonder which dead and dying journalism outlets will get the awards next year.

At what point will we have to stop giving awards? •

Margaret Simons’s latest book, The Content Makers: Understanding the Media in Australia, is published by Penguin.

A kind of freedom in Zimbabwe’s queues