Christopher Clark’s Sleepwalkers and the Germans. A misunderstanding?

An Australian historian’s reappraisal of the origins of the first world war has provoked enormous interest in Germany, writes Andreas Wirsching. But the debate tells us more about Germany than about the book 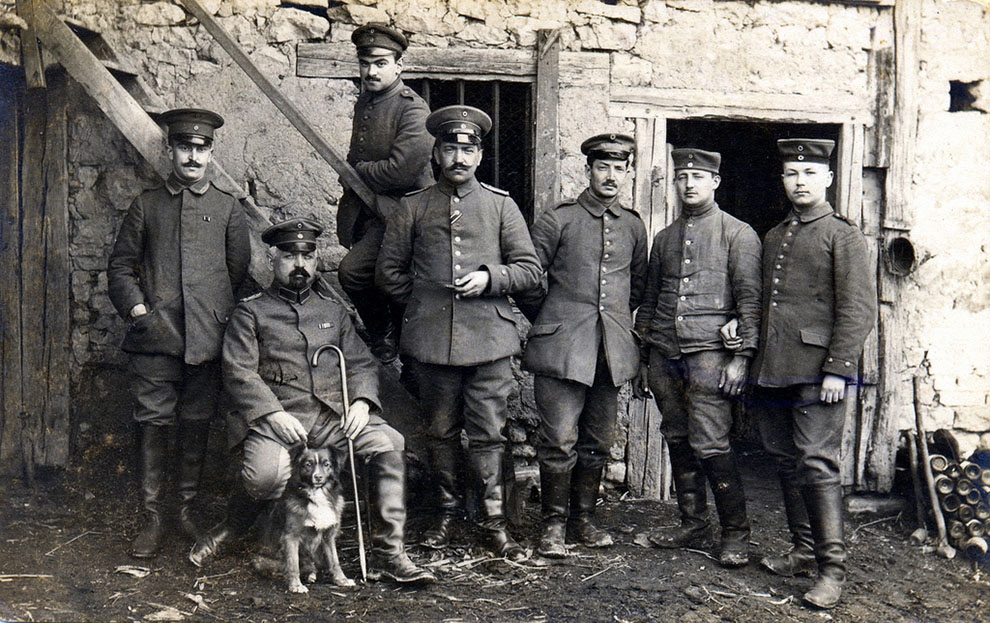 The Cambridge-based Australian historian Christopher Clark was not unknown in Germany when he published his latest book, The Sleepwalkers. In 2010, his history of Prussia, Iron Kingdom, attracted considerable praise and saw him awarded the prestigious prize of the Historisches Kolleg, an important centre for advanced study in history. His biography of Wilhelm II, which followed shortly after, was also generously received. The success of The Sleepwalkers, however, is on another level. Rarely does an almost 900-page history book by a university professor, densely written and replete with source material, meet with such an overwhelming response from the German public.

This phenomenon is, at first glance at least, surprising and worthy of explanation. One reason for its success lies in the quality of the work itself. The Sleepwalkers is a probing, well-written book that provides significant, and in part new, insights where Clark draws on archival material. Moreover, Clark, like no other before him, treats the July 1914 crisis as a European crisis. He examines the international system, its players and the underlying structure of interests equally in Belgrade and Vienna, Paris and London, Berlin and St Petersburg. He delves deep into his source material to reconstruct the parameters in which those who decided between war and peace acted, and demonstrates the lack of clarity with which they were confronted. The image that emerges is one of a diplomatic labyrinth in which European monarchs, statesmen and diplomats lost all sense of direction and from which the only way out lay in war. This lends the title of the book a certain plausibility, one which indeed suggests that those actors lacked awareness and understanding. One may, with good reason, question the adequacy of this portrayal and of the title itself. But until now, it has not been possible to read, in such colourful detail, the complexity and the contingency that imprinted the perceptions of the decision-makers of 1914 and determined their actions.

So far we are talking about an important and exciting book. This cannot explain its success in Germany, however. For this success says more about German attitudes than about the book itself. Clearly The Sleepwalkers has touched a nerve of the German consciousness of history. But the reflex does not correspond to what one hears in mainstream public debates; rather, its meaning relates to a subcutaneous feeling in Germany of being unjustly held to blame by history in general and by Europeans in particular. Such feelings weave like a red thread through blogs and comments on the book on the internet – the same type of comment made by frustrated listeners of public lectures and panel discussions on twentieth-century history: when will we move on from this “eternal German guilt”?

So Clark’s book has been sucked into the whirlpool of the debate over German responsibility for the first world war, a debate that leaves well-informed people astonished. It almost seems like we are back in 1964, at the height of the Fischer controversy, when German war aims, German guilt and whether Germany was primarily responsibility for the war were passionately debated. That over the last fifty years all these questions have been intensively studied, analysed and discriminatingly portrayed in international research appears to have been forgotten. Whether calculated risk, theories of preventative war, mindless acceptance, the autonomy of military war planning, nationalistic sparring and high-stake systems of alliance, or plain chance was to blame: all of this has been exhaustively discussed, over and over again, and no historian who wishes to be taken seriously would formulate a simple theory attributing all responsibility for the war to the German Reich. Nor, by the way, did Fritz Fischer.

The more the question of blame arises in public discussion over the first world war, the more reflective one becomes. Beneath the surface, the old trauma of the German people appears to live on: not only standing alone in Europe, but being encircled by resentful neighbours. If true, it would point to a troubling parallel between 1914 and 2014. It might be asked whether Germany is responsible for its own isolation – let’s leave that aside for the moment. But the feeling of isolation and of being surrounded produced in Germany a posture of stubborn insistence on its own morality, and over generations reinforced the impression that Germany was fundamentally ill-treated by its enemies. In this way the Germans deprived themselves of the opportunity to come to terms with the defeat of 1918 in a constructive way. Instead, the Treaty of Versailles and the victorious powers of the first world war appeared, in the end, to share at least part of the blame for Hitler’s rise and the devastation caused by the Nazi regime – a view that serious research rejected long ago.

But surely generational change and the positive experience of German reunification have overcome such feelings? The reception of Clark’s book has shown this not to be the case. And this in the end is its most surprising aspect: the desire for a historically uncharged, so to speak “innocent,” perhaps even “normal,” but still nationally impregnated historical role for the German people remains, in fact, as widespread as ever. If Fritz Fischer once destroyed the exonerating myth that “we all slithered over the brink,” thereby bringing upon himself the hatred of the nationalistic public and not a few of his university colleagues, Christopher Clark, through his portrayal of the July crisis, offers the German people the return to that comfortable consensus.

Not that Clark goes easy on the Germans or denies their partial responsibility for the outbreak of the first world war. But he does not discuss the question of blame or the prime responsibility of the Germans. He does not want to discuss these topics because he sees them as badly posed questions. This must be criticised, for the question of blame had arisen and become an inevitable historical category of the war as early as the German invasion of Belgium. Clark also chooses not to delve into the depths of German structural burdens. The precarious constitution of the Prussian-dominated Bismarckian Reich, which opened all doors to the autonomous deals and plans of the military, and took control away from the parliament; the equally precarious simultaneity of dynamic industrialisation and backward social structure; a problematic bourgeois worldview, which saw its national history and the contemporary conflicts in Social-Darwinist and in part even racist categories; entirely overblown war aims – Clark mentions all of this and much more, but does not view it as specific to German history. So Clark’s diagnosis goes as follows: all of this – the same, similar or at the very least comparable – could have occurred in the history of every other European great power. The German reader can therefore lean back, knowing with academically attested certainty that in no case did a Sonderweg or “special path” lead Germany to world war. Rather, the German trajectory looks very much like that of the others.

But why has such an academic diagnosis proved so attractive for the German public today? One would not be mistaken in looking for an answer in the thorough precariousness of the present political and economic context. Status fear and anxiety – the typical ingredients of (petty) bourgeois mentality in the Kaiser Reich – have made an irritable return in Germany. The eurozone crisis has made it possible. Are not its European neighbours by all appearances coming together in order to harass Germany and, if possible, break its economic and financial strength? Does not the situation recall what happened one hundred years ago, when the Kaiser Reich found itself encircled by its European neighbours? So it feels good to hear an Australian historian, who teaches in Cambridge, explain to the Germans that at that time, at least, they were not in the wrong, and that they bear no special responsibility for the devastation of the Great War.

All the cheaper then is the shot taken in the midst of the debate at a Europe depicted and rejected as a threat. The argument goes as follows. At the outbreak of the first world war, the Germans bore no particular responsibility and were not principally to blame for what happened – as has now, finally, been proved. This gives Germans today the moral right to oppose European integration, which apparently goes against German interests. Cora Stephan, an author of popular books on historical and political subjects, appears to take some pleasure in seeing that “the thesis of prime responsibility of the German Reich is buried deep” by Clark’s book. Together with three well-known younger historians, she rejects the idea that the Reich, because of its lust for power, needed to be violently stopped. Moreover, this view of Germany before the first world war – which Clark apparently refutes – would lie at the core of the present conception of Europe, according to which Germany needs to be “shackled” within a supranational structure to keep it under control. The Germans, with Clark in their briefcases, should vanquish once and for all their “negative exceptionalism and recognise that a Europe based on a historical fiction will fail.” Here, at last, it becomes clear with which subtext and which interests the Clark debate has been promoted.

The deep irony is that Clark does not tell the story these people want to hear. Rather, his book, which does not provide deep structural analysis, and thus in the end a historical-analytical explanation, of the first world war, has been simplified and misunderstood in the German debate. Clark wishes to understand what drove the actors of 1914 to war. What he really shows is the complexity of the system of states and its crisis. He renders palpable the contingent nature of how events developed. Whether the broader public is really interested in this seems, however, questionable. Rather, the German reception of Clark’s book bears all the signs of instrumentalisation: it has been used for something other than what Clark intended. He himself wonders how some in this country have come to see him as especially “sympathetic to the German cause.” Is it perhaps all just a big misunderstanding? Such a misunderstanding would bring into the spotlight, however, problematic rifts in German political culture. For it yields deep insight into the state of mind of every German who rejects the mainstream view, because that view remains uncomfortable. Once again, the “German illness of self-pity,” as Alfred Grosser wrote, expresses itself. And so the difficulties of German history in the first half of the twentieth century – a history marked by violence, annihilation and also guilt – must continue to be discussed. •

Andreas Wirsching is Professor at Ludwig-Maximilians University in Munich and Director of the Institut für Zeitgeschichte. This article, which first appeared in the Süddeutsche Zeitung on 16 July 2014, was translated for Inside Story by Daniel Nethery.