Citizens of the world

In the face of the attacks in Paris and Beirut, the philosophical heritage of stoicism carries a radical challenge, writes Jane Goodall 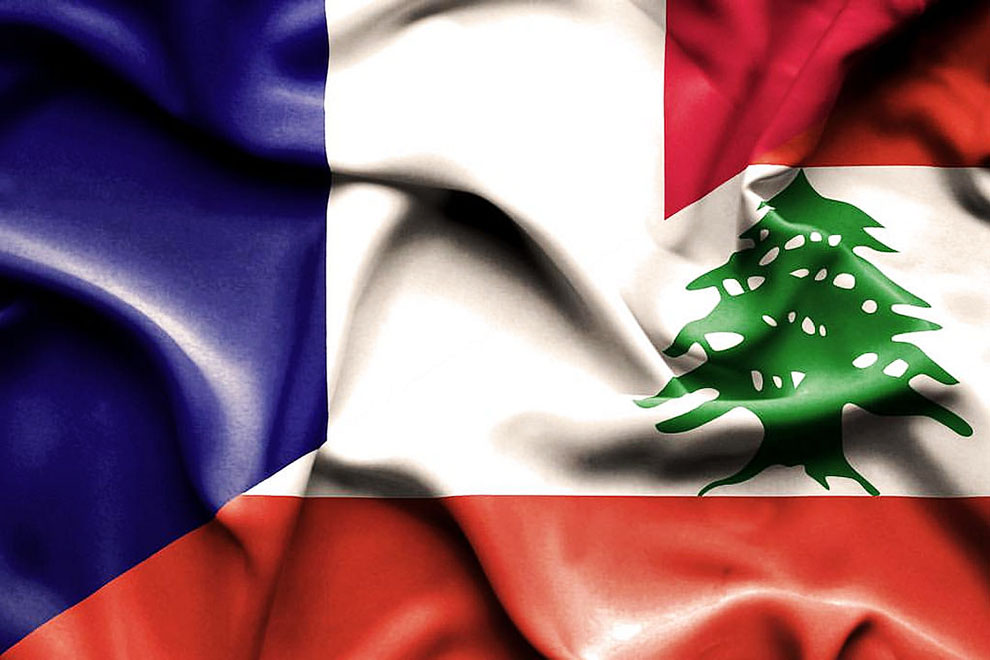 In the aftermath of the Paris terror attacks, the messages in the French newspapers were mixed. Editorials in Le Figaro, Sud-ouest and Le Parisien declared it was war, but elsewhere in their reports were calls for calm. Le Figaro interviewed people venturing out onto the streets, “braving the fear as they would brave the cold.” Le Parisien exhorted its readers not to be shaken:

These barbarians of God… want France to be in a state of shock. To stun her, paralyse and divide her. But in the name of the real martyrs of yesterday, innocent victims, and in the name of the Republic, France shall remain united and stand firm.

These are undoubtedly fine words. But what would the stoicism they suggest really mean?

This question is one focus of attention on the website of Modern Stoicism, a group whose members are primed from their recent exchanges during Stoic Week, which ran on 2–8 November. Stoic Week, an internet forum with a wide following, is concerned with the application of principles from ancient stoicism to modern everyday life. Participants are guided through a succession of exercises and meditations based on the work of the Roman statesman Seneca and the second-century philosopher-emperor Marcus Aurelius.

Stoicism differs from other philosophical traditions in its determination to focus on the realities of human life, including the political realities. It is not so much a school of thought as a school for the training of thoughts, in order to promote better action and reaction amid the circumstances we face. Extreme situations and experiences of ordeal are the real tests of the doctrine. It places much stress on the control of emotion in order to foster calm and stability.

Le Monde’s commitment to lucidity in the face of desperation and sangfroid in the face of terror is in accord with Aurelius’s identification of the stoic virtues as resilience, balance, dignity and grace. But to keep your cool in the face of terror is a tough challenge. The question of where that kind of psychological strength may come from is complex, and signals a point of departure between the modern rhetoric of stoicism and the mental disciplines practised in the ancient tradition of the stoic school.

“France is strong,” President François Hollande proclaimed, as he called “for unity, for a collective spirit and for cool heads.” The idea that national unity provides a centre of gravity from which all citizens can draw strength in times of war and crisis is deeply embedded in modern democracy. Calm and unity are inextricably related, as they were in Margaret Thatcher’s speech immediately after the bombing at the Brighton hotel where she and her cabinet were meeting in 1984. “The fact that we are gathered here now,” she said, “shocked but composed and determined, is a sign not only that this attack has failed, but that all attempts to destroy democracy by terrorism will fail.”

Thatcher’s idea of unity was strictly nationalistic, and nationalistic leaders tend to divide nations. Her rhetoric leading up to the Brighton conference had been full of venom about “the enemy within.”

Hollande may speak with a more consciousness, especially since he has been answered by a chorus of support from leaders of other nations, but he also speaks for a nation under attack. And a nation on a war footing typically looks to its borders, accentuating the distinctness of its historical identity.

Here is where the philosophical heritage of stoicism carries a more radical challenge. When Marcus Aurelius talked about unity, he was thinking on profoundly different lines. “Keep reminding yourself of the way things are connected,” he wrote in his Meditations, “of their relatedness. All things are implicated in one another, and in sympathy with one another. This event is a consequence of some other one. Things push and pull on each other, and breathe together, and are one.”

This sounds more like a spiritual vision of unity than a political perspective, but Marcus Aurelius was a head of state, and lived in turbulent times. He fought wars, and was witness to the atrocities of the battlefield. Politics was a way of life for him, and day in day out, he dealt with the crises of government. Seeing himself, his life and his sphere of action as part of a planetary cycle of creation and destruction was a technique for maintaining psychological stability amid the turbulence. Yet it was much more than self-therapy.

As a doctrine brought to bear on public life, stoicism aimed to lay the foundations for civil society. “When we talk of fellow citizens,” Aurelius wrote, “our state must be the world. What other entity could all of humanity belong to? And from it – from this state that we share – come thought and reason and law.”

There is much here to bring European and Islamic traditions of reason and law onto common ground. Indeed, stoicism may be said to have as enduring an influence in Islam as in Europe. While it is hard to imagine any contemporary head of state addressing his or her people as “citizens of the world,” the idea can come naturally to the people themselves.

During the night hours following the Paris attacks, when many people were stranded in a city under lockdown, residents welcomed strangers into their houses, sending the message around through the campaign #PorteOuverte. Cab drivers gave free rides to those who wanted to take up the offer. The #I’llRideWithYou campaign following Sydney’s Martin Place siege worked explicitly across a divide that threatened the unity of common citizenship.

When the unwieldiness and chequered history of the United Nations has made us sceptical about the political viability of being citizens of the world, campaigns like these are important acts of faith. It’s a form of collective consciousness that has to be built from the ground up. Social media have a part to play in it, albeit a somewhat volatile and contrary one – though that, after all, simply reflects human nature.

On Facebook on Sunday morning the tricolour wash spread from one post to the next, across profile pictures, shots of the Sydney Opera House as it was illuminated on Saturday night, and romantic images of the Eiffel tower. “We are all Parisians now” was the prevailing message, though it wasn’t long before a new wave of recognition began to break. Why just Paris? Only twenty-four hours before the attacks began there, Beirut had suffered a similar onslaught, leaving forty-one people dead and 300 injured. One man sacrificed his life to intercept a suicide bomber he’d spotted heading for the doors of the mosque.

By the end of the weekend, Beirut and Paris were appearing in parallel images on my newsfeed, and the tricolour wave was receding. You could call this political correctness, but perhaps that’s only a term to hide behind when the challenge of inclusiveness catches you out. There’s one post from the day that has burned itself into my mind. It’s a simple white card bearing a couple of verses by the young Somali poet Warsan Shire:

later that night
i held an atlas in my lap
ran my fingers across the whole world
and whispered
where does it hurt?

Jane Goodall, Inside Story’s TV writer, is co-editor of Trauma and Public Memory, published earlier this year by Palgrave Macmillan.

The next steps on Myanmar’s road to democracy

Myanmar’s election came down to a vote against authoritarianism, writes Thomas Kean in Yangon. This week the National League for Democracy, president Thein Sein and the military will begin mapping the transition

Landslide: a vendor sells calendars with a portrait of Aung San Suu Kyi in Yangon as the scale of her party’s election win became clear last week. Romeo Gacad/AFP Photo 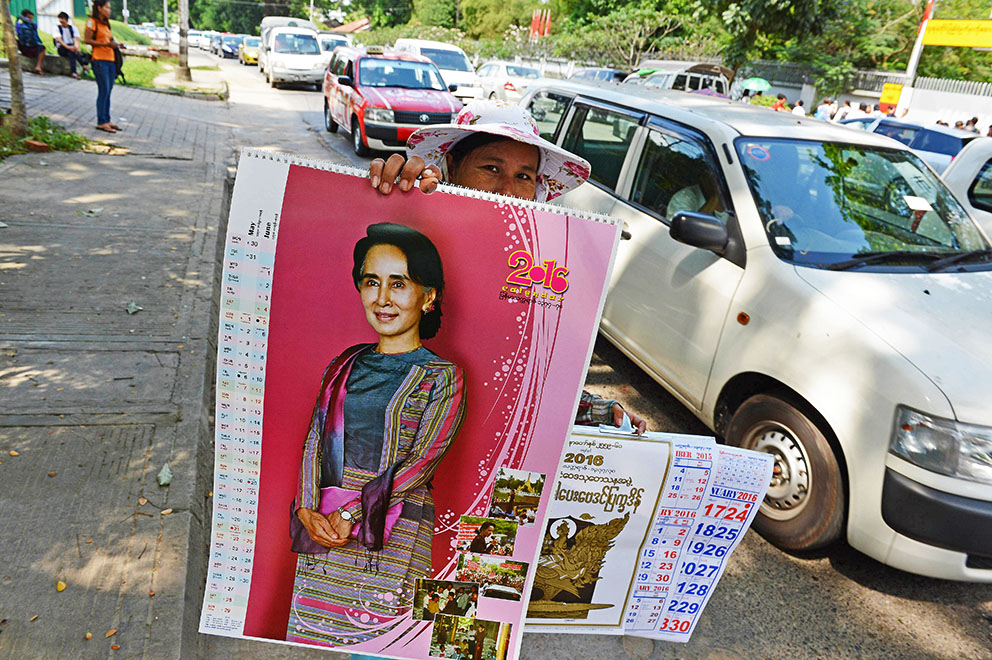 Landslide: a vendor sells calendars with a portrait of Aung San Suu Kyi in Yangon as the scale of her party’s election win became clear last week. Romeo Gacad/AFP Photo