Class sizes and the dead hand of history

Sure, smaller classes would be good, but at what opportunity costs, asks Dean Ashenden 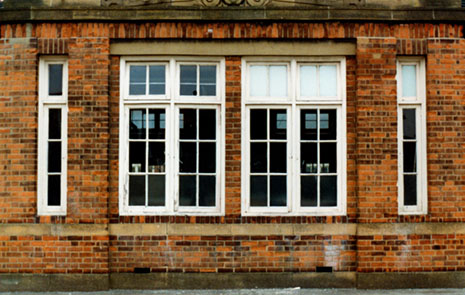 ONE of the deepest and most heavily defended myths of education talk, research and policy is that small classes are good, and therefore smaller classes are better still. The argument is as simple, appealing and popular as it is facile, wrong and damaging. It has acquired current political significance from Gonski’s call for a substantial increase in spending on schools, and from the ham-fisted efforts of Coalition shadow education minister Christopher Pyne to incorporate criticism of the class size reduction campaign into his platform.

One of tens of thousands of articulations of the “small classes” case (and one of many illustrations of its unsustainability) appeared in the (excellent) online outlet The Conversation and was retailed by The Monthly magazine’s (excellent) daily news digest. “Class Sizes, Gonski and Schools Funding: The Facts,” by Monash education academic David Zyngier, is (in fact) a convenient selection from the available facts. More important: it misses the central point entirely.

Smaller classes can and often do improve student learning and welfare, as Zyngier asserts, and they can make teachers’ work more doable and satisfying. Of course they can! But the point, entirely invisible to Zyngier, is this: could other ways of spending the same amount be more effective? For students and/or teachers?

• A quasi-experimental study in the United States compared five ways of improving literacy and numeracy: CAI (computer-aided instruction); increasing the length of the school day; class size reduction; and peer and cross-age tutoring. Of these five strategies class-size reduction (in various “steps,” from thirty-five to thirty to twenty-five to twenty, and one big step, from thirty-five to twenty) vied with increasing the length of the school day for the worst cost-effectiveness ratios. CAI was twice as cost-effective as either, remarkable when we learn that the study was conducted in the mid-1980s. Various forms of tutoring came out on top, with peer tutoring more than three times as cost-effective as class-size reductions. It is perhaps worth noting that the two senior authors of the study, Henry M. Levin and Gene V. Glass, are among the most eminent of US education researchers.

• An example of the same approach applied at the macro level: a recent US calculation estimated that just five more students in each US classroom would fund an across-the-board salary increase for every teacher of 34 per cent. That would in all probability improve student’s working lives as well as teachers’. There is good evidence to suggest that higher salaries attract more able people into the profession, and that they become more effective classroom teachers.

• A third example: Australian teachers are the victims of something approaching world’s worst practice in teacher education, both before they go into the classroom and after.  There is good reason and evidence – ably summarised by Zyngier’s bête noire, the Grattan Institute  – to suggest that teacher effectiveness and professional satisfaction can be substantially improved by well-organised, workplace-based, collaborative appraisal and professional development. The problem is that this takes workplace-based time. Perhaps, Grattan suggests, teachers and their students would both gain if their schools traded off the number of classes per week and/or the number of students per class to make the time?

• A fourth: virtual high schools in the US have substantially lower per-student costs than conventional schools. And so, proportionately, do “hybrid” schools, which find various ways to mix virtual with mainstream instruction. But are these new schools as effective as the old? It is too soon to tell, but so far there is no evidence to suggest that they won’t be, and some reason to believe that if they were to spend at the same per-pupil rate as conventional schools they would be rather more effective.

To repeat: to argue that smaller classes are better than big ones is to state the obvious and ignore the important. In doing so, and by being almost silent on costs and completely blind and deaf to opportunity costs, cost-effectiveness and productivity, Zyngier is representative of his profession.

Education research is dominated by the so-called “effectiveness” paradigm, the findings of which are so ably summarised by John Hattie’s Visible Learning. Hattie’s tour de force digests more than 800 meta-studies, themselves digests of a total of tens of thousands of studies of “effectiveness.”

Had Hattie digested cost-effectiveness research he would have published a very slim volume indeed. Education researchers who, like Henry M. Levin (and the Grattan Institute’s Ben Jensen), are trained in economics and therefore able to see and understand the relationship between both sides of the equation, are rare. Their research is rarely noticed or used.

These facts reflect the circumstances in which most education academics have conducted their careers and their research: in schools and school systems in which just about every dollar is spoken for well before it passes the parliamentary vote, committed to salaries of tenured teachers (between 60 and 70 per cent of most school system budgets), on fixed rates of pay, working in numbers and combinations determined by fixed class size maxima, all underwritten by industrial agreements and regulations. Resource use is fixed, familiar, and uniform, and therefore invisible. It is not accidental that Levin et al had to set up an experiment; the comparison was not there to be made in the status quo.

THESE arrangements are the upshot of a history beginning in the 1950s when babies of the postwar boom flooded into schools, and stayed and stayed, soon producing intolerable working conditions for students and teachers. I know, because I was there. In 1952 I was one of sixty-three students in a Grade V class in suburban Adelaide. My first (1964) class as a teacher contained only forty students, a concession to the fact that I was first year out.

I was one of those teachers (and, later, teacher educators) who stormed against the circumstances in which we were asked to work. Like every teacher I wanted to put a limit on the number of students we had to cope with in any one class. Indeed my first-ever public speech was from the floor of a mass meeting protesting against big classes and small salaries. I was an active supporter of the campaign to get what was so obviously necessary by turning our genteel “professional association” into a proper union, a transformation symbolised its entry into the ACTU.

There is no doubt that class sizes had to come down, and they did. Exact figures are hard to come by except in the proxy form of student:teacher ratios, which fell from around twenty-four in my day to around fourteen by the 1990s. Maximum class sizes range from the low twenties to thirty or so, depending on the age of the children, the subject being taught and so on. The average class size is of course markedly lower than the maximum and most classes are smaller than the average.

Nor can there be any doubt that this was a solution that produced a number of problems. One of them is that fixed maxima make it difficult for schools to do within what Gonski wants to do between schools – put most resources to work where there is greatest need. Within schools, that means some small classes, some big, and some in between, which would in turn mean trouble with the employer or the union or both.

The larger problem, however, is that reducing class sizes is very expensive and not very effective, particularly when compared with the alternatives. Per pupil expenditure in real terms was in 2003 around two-and-a-half times the level when I was teaching, but there is no evidence to suggest commensurate gains in student learning or welfare, and some evidence to suggest that in key areas (literacy and numeracy) there have been no gains at all.

As for teachers’ status and salaries, and for standards of entry to their professions, these are as low as they were in my day, or worse, particularly now that opportunities for women are so much better than they were then. Small classes have been purchased at teachers’ expense.

Small classes may well stack up as a cost-effective tactic in some educational circumstances, as Zyngier’s summary of the evidence suggests. But as a strategy, class size reduction is exhausted. Its further pursuit will be futile, and counter-productive.

As the struggle to find the Gonski dollars demonstrates, the days are over when we can just add more dollars every time a new problem or deficiency turns up. This policy by cumulative incrementalism is viewed by most of those involved as muddling through, getting us there, bit by bit, eventually. To the contrary: new problems and new tasks and new costs are piling up faster than improvements. In the coming years the most defensible reason for asking for new money will be to lubricate the more effective allocation of money already in the system.

But even if there were money on tap there would still be an unanswerable case for putting it to work where it works best. That represents responsible stewardship of public monies, hardly a right-wing virtue. Finding better ways to use what we have is the most credible possible basis for any claim for more. It is to face the facts of the past: just keeping on keeping on isn’t working any more. It is also to face facts of the future hinted at by emerging virtual and hybrid secondary schools. It is to do the best we can by the kids, and by the people who teach them.

One of the many hazards facing Gonski is that his $6.5 billion will be used on more of the same old same old. It is a weakness in Gonski and one of several blunders by the government that they failed to use the promise of new money as a lever on employers and unions to free up the old.

That education academics, teacher organisations and the profession as a whole are so blind to these realities and imperatives is a tribute to the power of paradigms (see also the “rabbit-duck illusion” of thought and practice to dominate minds long after the circumstances of their production have disappeared. The English historian and public intellectual Tony Judt said of social democrats that they are focused on defending the gains of the past fifty years to the exclusion of working out what should be the gains of the next fifty. He could have been thinking of the debate over class sizes. •

Dean Ashenden was a ministerial consultant to the federal education minister, Senator Susan Ryan, 1983–85. He was co-founder (with Sandra Milligan) of the Good Universities Guides and Good Schools Guides. 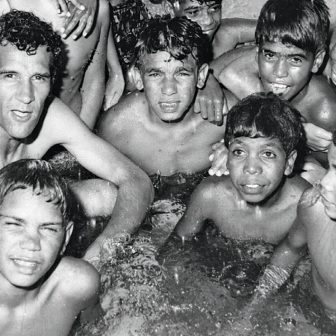 The privatisation of political life

When politicians start invading their own privacy, it’s not surprising that the media follow their lead, writes James Panichi 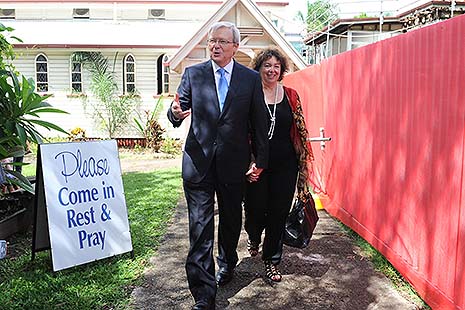