Climate change efforts are becoming more decentralised, writes Stephen Howes, so we’ll need to make the most of a bottom-up approach 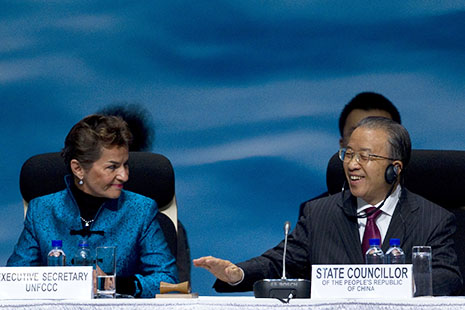 THE CONTRAST between the hype in the lead up to last year’s Copenhagen climate change conference and the subdued silence that precedes this year’s conference in Cancun in December could not be starker. If Copenhagen collapsed under the weight of inflated expectations, Cancun cannot but surprise on the upside, given that expectations of what it might achieve are so low.

This contrast is just one illustration of the huge shifts that have taken place in the world of climate change mitigation over the last twelve months. The changes are not unidirectional. Some have been for the better, some for the worse, and some are ambiguous.

The most promising, as well as surprising, development has been the adoption by major developing countries of self-imposed constraints on the volume of their emissions up to 2020. It wasn’t long ago that leading analysts, such as Jeffrey Frankel and Nicholas Stern, were of a view that all that could be expected from developing economies was that they might reduce their emissions if they were paid to do so. And, indeed, this is supported by a literal interpretation of the UN Framework Convention on Climate Change, Article 4.3 of which famously guarantees developing countries that the “incremental costs” of their mitigation efforts will be covered by others. Against this background, to have countries like China, Brazil and Indonesia commit themselves to reducing their emissions – not in absolute terms, but, as shown recently by Frank Jotzo, significantly below what they would otherwise have been – is a huge step forward. China’s commitment is completely unconditional: unrelated either to financing or to what other countries do. Indonesia has linked the extent of its abatement to the provision of financial support, but even it has committed to a significant minimum level of abatement, come what may.

At the other end of the spectrum, the most worrying climate change development this year has been the failure of the US Congress to commit the United States either to an emissions target or to a carbon price. The famous cry at the 2007 Bali climate change conference was that if Washington wasn’t going to lead, it should at least get out of the way. This might work for international negotiations, but it won’t for domestic action, as inaction by the United States inevitably has a huge discouragement effect on other countries. There is no doubt that if the Americans had put a carbon price in place, then Canada would have one, and Australia. And then Japan and then Korea. It would be a circuit breaker. But since it didn’t happen this year, it isn’t going to happen in the near future, with the Democrats set to take a big hit at the mid-term elections and the Republicans dominated by climate change sceptics. The United States isn’t inactive on climate change. Everyone seems to love renewable energy. And the president has some power under existing environmental legislation to regulate carbon dioxide emissions. But the fact that the United States has now gone completely through the electoral cycle – from Clinton to Bush and back to Obama – and been unable to commit itself seriously to climate change mitigation must give us deep pause for thought.

Somewhere in the middle, but it’s hard to know exactly where, the most confusing development over the last year has been the evolving shape of the international climate change regime itself. Copenhagen found a way forward on many issues, but came unstuck when it came to dealing with the legacy of past failures. Essentially, China and other developing countries want a second (post-2012) commitment period for the Kyoto Protocol. Their view is that Kyoto is the main achievement to date of all the international negotiations (stretching back to the early 1990s) and that the developed countries shouldn’t be able to walk away from it. The United States, on the other hand, will have nothing to do with Kyoto. Other developed countries are less implacably opposed, if Kyoto is part of a broader deal, but given how hard it was to get Kyoto I ratified without the United States, a Kyoto II agreement and ratification seems to be mission impossible. Recall that the United States at least signed on to Kyoto I, which it certainly wouldn’t for Kyoto II. Lack of common ground on this issue led to the most glaring omission in the Copenhagen Accord, namely any mention of a timetable, or even an intention, to translate the Accord into some sort of more elaborated and formal agreement. That this is still a problem to which we have no solution is confirmed by the recent clash between US and Chinese negotiators. Perhaps movement by the US Congress would provide China with the grounds to adopt a more forgiving attitude and drop its demand for a second commitment period for Kyoto, but, as we have just seen, that sort of circuit-breaker now seems highly unlikely.

Since there is this permanent block in the way of an international treaty, a move to a more “bottom-up” approach to climate change is inevitable. The United States has already signalled that it no longer views a “legally binding” treaty as a priority. Not surprisingly, the response of analysts to this shift is divided. Some decry the inadequacy and inefficiency of the bottom-up world. Others embrace it. Others are resigned to it as the only alternative left on the table. I put myself in this third camp. To me it seems clear that, for better or worse, the world has moved decisively in the direction of a bottom-up approach to climate change mitigation.

Given these various changes – good, bad and unclear – it is next to impossible to make a summary judgement as to whether overall we are moving forward, standing still or drifting backwards on the international climate change mitigation effort. The slow and uncertain pace of progress is immensely frustrating: we are surely not doing enough, but only history will be able to judge how far from adequate our effort is.

More important than presiding in judgement over the net direction of international climate change efforts is understanding the implications for national strategies of what has happened at the international level. There are (at least) three.

On the domestic front, in a more bottom-up world countries will have both more freedom and more responsibility to define the mitigation problem as suits them. There will be both fewer rules and fewer international structures to support and direct the mitigation effort. This will, for example, give us in Australia greater room to explore biosequestration options for mitigation. But it will also require us to define how, if at all, we will finance mitigation overseas through both the carbon market and government. We can no longer sit back and expect the UN system to develop a market or offset a system for us.

On the international front, a strategy is needed to deal with America’s intransigence on climate change. It isn’t easy to think of one. No country will probably have more impact on US action than China, but China will only act decisively if it is not acting alone. Perhaps a coalition of the willing, comprising the European Union, Japan and the major developing countries – not only the BASIC countries (Brazil, South Africa, India and China), but also Indonesia, Mexico, and newly developed economies such as Korea and Taiwan – could find common cause and push ahead together, not to sign a new agreement, but, in a bottom-up sort of way, to introduce carbon pricing and other policies that would put strong downward pressure on emissions. This in turn would put pressure on America – at least to follow, since it will not lead. Whether such a strategy could work, and whether Australia would join such a coalition is, at this stage, far from clear.

Finally, in a bottom-up world it will be more difficult for each country to judge what others are doing, since countries will tend to pursue different policies and measure impacts with different metrics. In such an environment, not only will governments need to engage in peer review, but academics and analysts will have a special responsibility to deepen dialogue and understanding on this complex set of issues across countries.

This last point makes the upcoming Asia Climate Change Policy Forum timely. The forum, at the Australian National University on 27 October, is sponsored by the East Asian and South Asian Bureaus of Economic Research. It will bring together leading advisers and academics from Australia, China, India, Indonesia, Japan and Korea, as well as the United States and Europe to discuss and analyse recent international developments and national initiatives in relation to climate change mitigation. Forum presentations will be posted on East Asia Forum in the coming weeks. •

Professor Stephen Howes is Director of the Development Policy Centre at the Crawford School of the ANU, and a convenor of the Asia Climate Change Forum. An earlier version of this article appeared in East Asia Forum.

On the edge of an ambivalent Europe

May Ngo writes from Calais, where irregular migrants continue to take their chances on finding a way into Britain 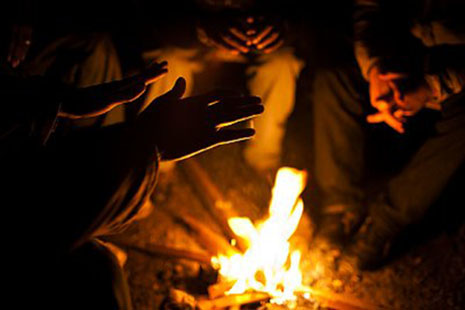