Tolerance, freedom and democracy can only survive if core elements of the liberal tradition are transformed, writes David West 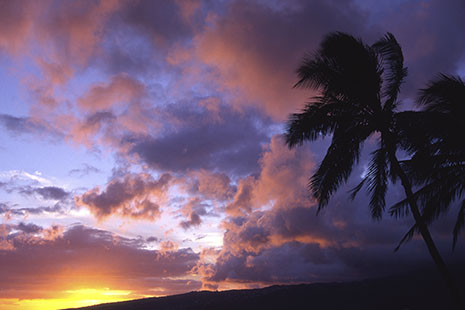 DO OUR LIBERAL VALUES have a future? Liberalism has become the common sense of modern liberal democracies: we’re now just about all in favour of individual freedom, tolerance and rights, aren’t we? We tend to forget, though, that there was a time before liberalism and there may well be a time after liberalism. The “global war on terror” is one obvious threat to the future of liberalism. Rapidly approaching environmental collapse is another and, in the longer term, probably the threat that really does spell the end of liberalism.

Liberalism has been both a philosophy and a movement. Liberal ideas of freedom, toleration and individual rights spread from mainly European sources in the seventeenth century. But liberal ideas developed in the context of a social movement. Liberalism began as an ideology serving the interests of the rising class of traders, bankers and industrialists, more often Protestant than Catholic, who thrived in the increasingly prosperous commercial societies of northern Europe. Economic freedom – still familiar in almost ritualised references to free markets and laissez-faire, deregulation, privatisation and tax cuts – rivalled religious freedom and toleration as key liberal values.

In the eighteenth and nineteenth centuries, liberalism both contributed to, and took advantage of the accelerating pace of social and economic “progress.” Traditional practices governing prices, work and property could be cast aside because the institutions of commercial society that replaced them promised such substantial and rapid rewards. Inequalities between rich and poor were tolerated because those who prospered less were, or could hope to be, better off than before. Increasing wealth also eventually funded education and health-care for all, giving some substance to originally abstract liberal rights. As recently as 1992, Francis Fukuyama could optimistically celebrate capitalist liberal democracy as the best of all possible societies – we are at the “end of history,” folks, because this is as good as it gets.

At the beginning of the twenty-first century, however, things have changed… well, quite a lot actually. After 11 September 2001 and the “war on terror,” political leaders have shown a worrying readiness to exchange long-held liberal rights and liberties for the sake of greater security and popular support. Religious toleration has come under severe strain. Even centuries-old taboos against the use of torture have been set aside for the sake of “realistic” justifications of its use. Isolated protests against such illiberal measures have come and gone, but the governmental rationality of ends-justify-the-means expediency looks as strong as ever.

But even if the “war on terror” should prove temporary – less enduring than the years or decades of conflict anticipated by some – other challenges loom. The arrival of environmental “limits to growth” was anticipated as early as the Club of Rome’s 1972 report. The arrival of “peak oil” seems unavoidable – in fact, it may already have happened. The threat of runaway climate change is, by now, a fact too familiar to need spelling out: the science – barring a few sceptics – is no longer controversial, at least in its broad and frightening contours; but the politics has hardly begun.

In this sobering context, liberalism is paradoxically both a problem and a stake. Liberalism is a problem because some of its core values and institutions are obstacles to an adequate response to the environmental crisis. Economic growth (only temporarily halted by the current financial crisis) is rapidly using up dwindling supplies of natural resources. The individualism of liberal societies encourages an increasingly wasteful expansion of wants that have less and less to do with genuine needs. We double the size of our houses and cars simply because “we deserve it.” What’s more, the favoured liberal understanding of freedom – in the negative sense of being left alone – translates into insistence on our right to abstain from political action to save our common world.

Even liberal democracy seems to stand in the way of the necessary changes. What government will be elected, or re-elected, on a platform of limiting economic growth or shifting to a less materialistic lifestyle? We have seen what came of the Rudd government’s commitment to the ecological health of the planet – a carbon pollution reduction scheme which even “climate realists” like Professor Ross Garnaut have difficulty in defending. Perhaps at the back of our minds, a dangerous complacency is holding us back – the complacency that relies on the liberal Enlightenment’s most dangerous faith, its belief in the inevitability of progress.

But in another sense, liberalism itself is also at stake. The consequences of environmental collapse are, in the first place, obviously material and climatic. Cheap sources of energy and raw materials may disappear. The availability of fresh water will diminish. Areas suitable for sustainable agriculture will decline. But these material effects also mean considerable and possibly fatal strains on the institutions and ultimately the values of liberal democracy. Will the uneven effects of climate change occur without provoking violent conflicts, wars and mass migration? Will liberal democratic values and institutions survive a likely condition of almost permanent war? The experience of the war on terror hardly encourages optimism.

Liberalism is thus at a turning-point. What is most valued in the liberal democratic heritage – religious and intellectual tolerance, individual freedom and democratic representation – can only survive if core elements of the same tradition are transformed. A grudging and pragmatic toleration must be reinforced with more active empathy for people of different religions and cultures. Individual freedom needs to be rethought in ways that emphasise responsibility and public involvement above (though not necessarily to the exclusion of) private indulgence. Equality and social justice – on a global rather than just a national level – must surely be recognised as essential conditions of a cooperative common life in the face of rapidly approaching environmental limits. •