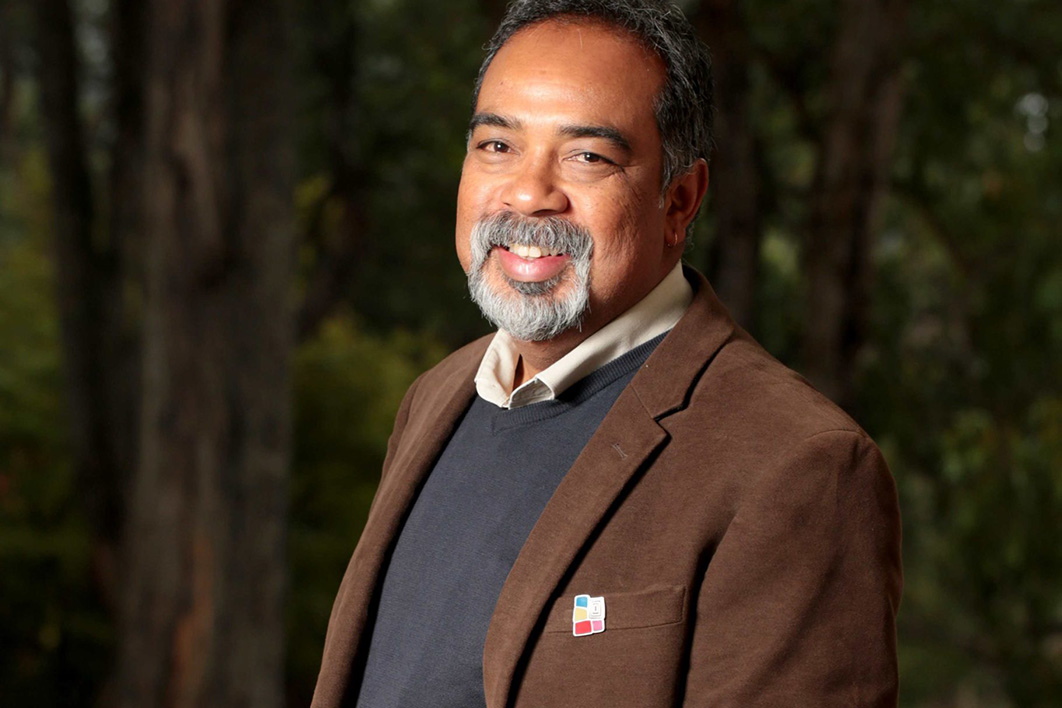 Federal, state, territory and Aboriginal and Torres Strait Islander leaders met this week to update targets for reducing Indigenous disadvantage as part of their “refresh” of the Closing the Gap strategy. And if Romlie Mokak gets his way, they will soon start thinking very differently about how they measure progress too.

Mokak is leading the Productivity Commission team developing a new strategy for evaluating policies and programs affecting Aboriginal and Torres Strait Islander people. The commission sees this as an urgent priority: as its chair, Michael Brennan, wrote in the foreword to the draft strategy earlier this month, “despite decades of new policies and programs aimed at improving the lives of Aboriginal and Torres Strait Islander people, we know very little about their impact.”

“There’s huge variability in quality and practice,” Mokak tells me from his home in Canberra. “There’s no real central stewardship or central oversight.” While some agencies have “quite sophisticated processes” for dealing with research ethics, peer review and publication, for instance, others “haven’t even contemplated those things.”

Mokak says he’s seen “good and bad” approaches to assessing the impact of new initiatives during twenty-five years of working in Aboriginal and Torres Strait Islander policy and program management. But he has also witnessed a persistent pattern: governments launch initiatives and then move on, making little effort to determine what works and what doesn’t.

“Lots of activity, lots of policy development and design, lots of program implementation, but very little commitment to actually undertaking rigorous evaluation,” he says. “Often if an evaluation is required or thought about, it’s bolted on. It’s not planned for, and the objectives haven’t been negotiated with Aboriginal people, so the questions that need to be answered are kind of myopic.”

Mokak’s assessment is consistent with the overall decline in Australia’s public sector capabilities identified by the recent Thodey review into the public service. But he says Indigenous affairs has particular failings that have been compounded by history.

“What we found was Aboriginal people, Torres Strait Islander people are largely left out of the game in terms of planning and decision-making around evaluation,” he says. And this deepens the lack of trust between them and governments at all levels.

Beneath this overarching principle, with its emphasis on “genuine engagement and partnership,” sit four subsidiary principles: all evaluations should be “credible, useful, ethical and transparent.”

“What I’m keen to do is to take a conversation away from just being about accountability and compliance and getting rapped over the knuckles,” Mokak says, referring to the research that shows Indigenous organisations are often loaded up with much more onerous reporting and financial accountability requirements than their mainstream counterparts.

He isn’t just interested in the kind of hard data — rates of employment, income, incarceration and disease, for instance — that characterises Closing the Gap. He wants to ensure that Indigenous people have the capabilities and opportunities to live the lives they value, in a context that affirms Indigenous identities, cultures and contributions.

As the draft strategy puts it, evaluations “should be in the areas that are valued most highly by Aboriginal and Torres Strait Islander people.” This means shifting from a deficit model — focusing on the gap and assessments of what Indigenous Australians lack compared with everyone else — to building on the existing wealth of experience and knowledge within Indigenous communities, and focusing on their priorities.

Romlie Mokak comes well equipped for what is undoubtedly a challenging job. He is a Djugun man and a member of the Yawuru people, traditional owners of the lands and waters in and around Broome. His role at the Productivity Commission had its genesis in 2017 when Malcolm Turnbull was prime minister.

“There’d been quite a rocky road with the Indigenous Advancement Strategy that sat within prime minister and cabinet,” Mokak explains. “What’s the IAS doing, what’s its effectiveness, et cetera?” The response came in the 2017 budget, which provided additional funding for evaluation and research and to establish an Indigenous Policy Evaluation Commissioner within the Productivity Commission.

Mokak took up the job in April 2019 after fifteen years “heading up black organisations.” He had previously been chief executive of the Lowitja Institute for Aboriginal and Torres Strait Islander health research, and led the Australian Indigenous Doctors’ Association for almost a decade before that.

“I was attracted to the statutory nature of the commission and the independence from government,” he tells me. “I was not anticipating that I’d immediately be leading a specific inquiry or specific study.”

The government’s letter of direction — essentially the terms of reference for developing an Indigenous evaluation strategy — arrived within days of his appointment. He says the project fits “hand in glove” with his other duties, which include contributing to the commission’s yearly report on government services, which assesses the equity, effectiveness and efficiency of state and federal programs in education, health, justice, emergency management, community services and housing; and chairing two working groups, one on Indigenous expenditure and the other on overcoming Indigenous disadvantage.

These working groups emerged in the 2000s when the Council for Aboriginal Reconciliation was seeking a better picture of the gap between outcomes for Indigenous and non-Indigenous Australians, and anxious to gauge improvement over time. While Mokak appreciates the intent, the concept of Indigenous “disadvantage” has always sat uneasily with him, because of the way such language frames Aboriginal and Torres Strait Islander people.

This frame struck Mokak when he took up his first Commonwealth job as a junior executive in the health department in 1998. “The section that I worked in was called Health Issues,” he says. “I should’ve seen the writing on the walls when I looked at that label, ‘Health Issues.’ Aboriginal people have just got health issues.”

Mokak acknowledges the influence on his thinking of the anthropologist W.E.H. (Bill) Stanner, and particularly Stanner’s 1968 Boyer Lecture, The Great Australian Silence. Reflecting on the lack of Indigenous voices in histories and commentaries, Stanner wrote that “inattention on such a scale cannot possibly be explained by absent-mindedness.” It must be structural, like “a view from a window which has been carefully placed to exclude a whole quadrant of the landscape.”

Mokak applies the same metaphor to “Indigenous disadvantage.” “If we look with that lens through that window, it continues to frame the disadvantages as our problem,” he says. “My children are not to be defined by the ‘gap.’ That’s not who they are.”

He wants to look through a bigger window, one that captures strengths, knowledge and experience without glossing over uncomfortable facts. As an example, he points to the Mayi Kuwayu study, which is looking at how Aboriginal and Torres Strait Islander wellbeing is linked to such things as connection to country, cultural practices, spirituality and language use.

Ironically, that first federal health job working on Aboriginal “issues” in the 1990s also gave Mokak an insight into the power of evaluations that have Aboriginal knowledge and experience at their centre.

“The big issue at the time was petrol sniffing,” he says, reflecting on his role as head of substance use policy in the early 2000s. “And there was bugger-all data.” The practice was known to be concentrated in specific geographic regions, and it spread “like wildfire” within a community once it started, because “sniffing leaders are very good at recruiting others.”

The best data on the problem that Mokak could find didn’t come from government sources, but from health services controlled and run by Aboriginal organisations in the Aṉangu Pitjantjatjara Yankunytjatjara lands in Central Australia. This gave Mokak and his team a baseline. They then developed a strategy whose most important element was an evaluation process, built on that Indigenous knowledge base, that would track what was working.

Concrete proposals in the draft strategy include a new Office of Indigenous Policy Evaluation to work with an Indigenous Evaluation Council, which has a majority of Aboriginal and Torres Strait Islander members.

I suggest to Mokak that the thrust of his proposals is in keeping with the Uluru Statement from the Heart and the push for an Indigenous Voice to Parliament. “I was a delegate at Uluru,” he responds. “So, separately to my commission role, as a citizen, as an Aboriginal person, a constitutionally enshrined Voice to Parliament is something that’s very close to me.” He sees the Voice to Parliament, the Closing the Gap “refresh” and his own work on evaluation as all moving in the same direction, “which is about Aboriginal people having greater decision-making powers over their affairs.”

If government policymakers continue to think they know “what’s best for blackfellas,” he adds, “then that’s not where we’re going to get the results. Valuing Indigenous people, Indigenous knowledges, Indigenous priorities is fundamental. This is a part of that centring strategy for the evaluation strategy.”

He believes that Indigenous organisations have enormous strengths to draw on, and not only in the health sector. “Long ignored, this is a part of the continuing silence that needs to be really recognised,” he says. “That knowledge sits within communities and organisations, and those who are coming from outside need to have a bit of humility about trying to kind of access that.”

“Essentially, what is being done in the Productivity Commission now is what Aboriginal people have been talking about for a hell of a long time. The commission comes with a particular way of working, looking at the evidence, thinking deeply about that and then making some sense of it and providing some policy options to government.”

But will government listen and act on the results? When evaluations cast doubt over the value of high-profile initiatives — such as the use of cashless debit cards in Indigenous communities — governments often ignore, dispute or cherrypick the evidence.

“I’m not saying that this will be easy,” he responds. “It’ll require a bit of a mindset shift as well as a cultural shift, but I do want to emphasise that this is about really lifting the bar so that evaluations can properly look at the impacts of programs, policies on Indigenous people, with Indigenous people’s values, priorities, meaning, et cetera at the heart of it.”

While some people accuse him of living in a fantasy land, Mokak is happy to embrace a glass-half-full approach. “The government asking the commission to develop an Indigenous evaluation strategy is unprecedented,” he says. “The commission’s never had work as specific as this call and… I think there is a shifting climate, there’s different policy settings, and different discussions that are taking place.”

It’s true that governments will often talk about shared decision-making and genuine partnerships, he says. “What this strategy’s offering is how we do that in a really concrete way, ultimately to lead to better policies and programs, and Aboriginal people being at the forefront.”

After a pause, he adds, “It might be a rose-tinted view, Peter. But I’ve operated pretty well on optimism.” •

Contributing editor Peter Mares is senior moderator with the Cranlana Centre for Ethical Leadership and an adjunct fellow at the Swinburne Centre for Urban Transitions.

National Affairs What’s in it for everyone? Peter Brent 23 January 2023 Plenty, in fact, so the government needs to avoid getting derailed by the Voice’s critics (and some of its friends)