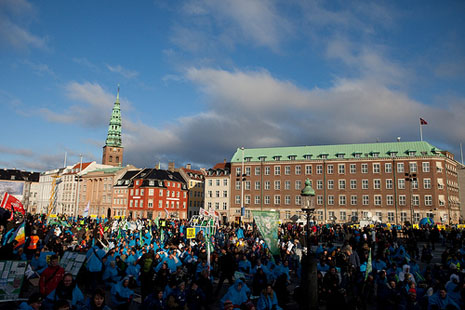 I AM IN Copenhagen but, along with thousands of other people who arrived last weekend, was denied entry to COP, the UN climate change conference. I started queuing at 9.15 on Monday morning for entry to the venue. Media identities like Karen Middleton of SBS and Emily Rice of Channel Ten News were ahead of me in a very long queue. We were all still waiting outside, in freezing cold with flurries of snow, at about 4 pm when the United Nations official who was loosely in charge announced that they would give special attention to media representatives and invited them to form a separate line. Scrambling over metal barricades and passing cameras across, they massed into a separate scrum from the one for lesser mortals (scientists, NGO people etc) like me. Then, an hour later, the same person announced that they would only accredit those already inside the tent. He invited us to return the next day at 8 am to take our chances in the second round of the lottery.

It turns out that the UN allowed over 30,000 people to register for a venue that holds 15,000. When it became clear that we couldn’t all be fitted in, the drawbridge had been pulled up arbitrarily at about 1 pm Monday. I was in the line with two scientists who were expecting to present at events that afternoon and had flown to Copenhagen for the day to do that; both were turned away. I found out later that luminaries like the head of the International Union for the Conservation of Nature were also left standing in the queue for hours.

On Tuesday morning we were told that the Monday problems were due to everyone – scientists, media, activists, pollies – being in one queue, so we were sorted into separate queues and urged to be patient. After an hour, the NGO queue had moved about fifty metres, with about 500 metres still to go even to reach the registration area. I did the sums and consulted colleagues by phone; they reported that email traffic was full of complaints about accredited NGO people failing to gain admission. I admitted defeat and slunk off to a nearby hotel, where other NGO people were also holed up monitoring proceedings on the web. As I said to one, if I was going to do that I could have been by the beach back home, warmer and more comfortable as well as less jaundiced.

Inside the venue was marginally less shambolic than outside. Tuvalu had put the cat among the pigeons in the first week by standing up for the poorest and most disadvantaged nations, those which have done almost nothing to create the problem but are at the sharp end of its consequences. They challenged the global community to produce a serious response, based on the science showing that overall emissions must peak soon and start heading rapidly down to reduce the risk of dangerous climate change to an acceptable level. That means the Copenhagen agreement must contain three principal elements: real reduction commitments from the industrialised world with targets and timetables, corresponding commitments to meaningful action by the large developing nations like China, India and Brazil, and money on the table to manage the transition to clean energy in the Third World.

Because it has been bogged down by procedural wrangles, the conference will need to make real progress in the last three days. Third World nations, which have the most to lose if there is no concrete agreement, are angry that the lack of serious negotiations to date is being excused by an attitude that says, “Trust us, it will be different on Wednesday when the leaders arrive.”

The draft text being considered contains some promising elements. Countries like Australia would accept the sort of serious reduction targets that the science demands, 40 per cent or more by 2020, with those reductions being achieved by real cuts within the country rather than creative accounting and deals. This would in turn persuade the large developing nations to take serious action.

But the draft does not contain a concrete timetable for further reductions and there is no stated target year for peaking of global emissions. There has been trenchant criticism of provisions for the “clean development mechanism” to include unproven technology, like carbon capture and storage, as well as the proven dirty option of nuclear power. There has also been a serious proposal from Europe to alter the provisions for counting land-use change from the Kyoto basis of a 1990 baseline.

And there has been talk of a “forward baseline,” an amazing bit of creative accounting which would allow countries to claim credit for not destroying forests in the future. This ranks with the notorious “Australia clause” that allowed the Howard government to inflate our 1990 baseline by including the prodigious land clearing then happening in Queensland. My view is that a forward baseline only makes sense on a tennis court!

The bottom line for Australia is that there is some chance that on Friday the conference will adopt a timetable for action and an expectation we will join the advanced world in accepting a serious target. The global community will expect Kevin Rudd to come up with a package of measures that will produce real change. That means he needs to go well beyond the proposals in the watered-down CPRS. Given that the scheme was still too demanding for the Opposition and brought the denial faction to power, he has a real political challenge that demands either serious negotiation with the Greens or a double dissolution election to give a mandate for change. •

Ian Lowe is emeritus professor of science, technology and society at Griffith University and president of the Australian Conservation Foundation. He was accredited on Wednesday morning, shortly after filing this report. 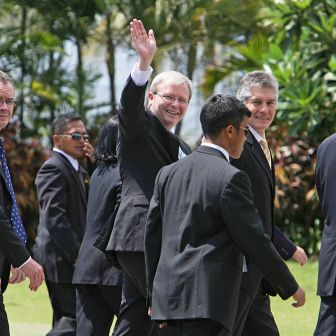 National Affairs Can we break the climate cycle? Tristan Edis 22 May 2020 Human psychology might finally be on the side of decisive action to decarbonise Australia’s economy
Close

Tony Blair came clean on the BBC on Sunday morning, but didn’t say a word about the right of citizens to have their leaders speak truthfully, writes Frank Bongiorno 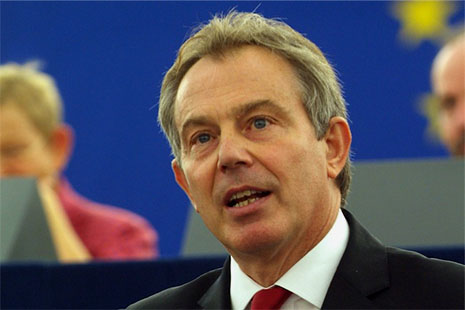