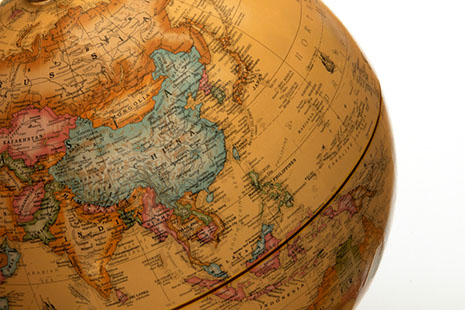 THERE are three great recurring themes in Australian defence policy. One is the fear of a threat from Asia. Another is a fear of change. The third is expressed in the belief that “it’s better to fight them up there than down here.” All three have come together with renewed vigour in the Rudd government’s defence white paper, which outlines a massive arms build-up.

In the 1950s and 60s, many Australians feared that decolonisation would remove the constraints on impoverished Asian masses pouring down into Australia’s “empty spaces.” This fear was epitomised in the late 1940s by the influential foreign correspondent, Denis Warner, who wrote, “A new chaos has spread through the Jap-pillaged lands of East Asia; the lust for independence has quickened.” These concerns were subsequently reinforced by repeated claims that the “downward thrust of communism” would produce the same result in an even more frightening form.

Some Australian diplomats were relaxed about decolonisation, but the communist victory in China ensured that a policy of forward defence became entrenched in the 1950s. The policy required troops to be deployed far from Australia’s shores, in conjunction with American forces. The implicit assumption was that the United States would feel sufficiently grateful to always back Australia militarily. But the United States bluntly refused to do so during Indonesia’s takeover of Dutch New Guinea and its “confrontation” with Malaysia in the early 1960s.

While the desire for the United States to remain engaged in the region never went away, Coalition governments in the late 1960 departed from the forward defence doctrine by putting more stress on the direct defence of Australia. Some forces would still be available for deployment overseas, but all subsequent white papers, including the Howard government’s, concentrated on developing a force structure primarily designed to deter or defeat an attack across the air and sea approaches to Australia.

The Rudd government’s white paper restates this objective, but introduces a crucial change in the military force structure that represents a partial return to the doctrine of forward defence. The main difference from the 1960s is that Australia’s forward deployment will be made with heavily armed naval forces rather than ground troops. Although the white paper’s strategic analysis contains so many heavily qualified passages that several interpretations are possible, the planned new force structure is less ambiguous.

The white paper’s underlying strategic rationale is that Australia forces must have the capacity to operate alongside US forces in the seas surrounding China to offset a change in the balance of power. Once again the motivating factor is fear – fear of change and fear of a threat from Asia. China was seen as a threat when it was impoverished; now it is seen a threat because it is richer and can afford to be better armed. (Never mind that hundreds of millions of Chinese are far from well off, making potential internal unrest a primary security concern for the government.)

The white paper’s concern is not that China is planning to invade Australia. Instead, it outlines a more nebulous danger whereby the rise of China somehow creates a strategic “risk” warranting an arms build-up likely to cost an extra $200 billion over twenty years. Among the adverse consequences for national productivity – and ultimately for our defence capacity – is the fact that this spending will almost certainly ensure that the Bradley reforms to higher education won’t be implemented.

Although this massive spending on weapons systems is meant to counter a Chinese threat thirty or forty years from now, the supposed danger may evaporate if China collapses – or fulfils its stated commitment to pursuing a Confucian ideal of international harmony. If it does become more bellicose, Australia is in the fortunate position of being extremely difficult to invade, allowing it to be defended without the purchase of all the extraordinarily expensive weapons platforms announced in the white paper.

At this stage, it seems that the feared change in the strategic balance is likely to reflect nothing more than a gradual increase in Chinese military power compared to that of the United States. Many of China’s rivals, such as India, are also modernising their military forces, so the overall balance may not change much. There is nothing abnormal or alarming about this. Changes in power occur over time. Nor is there any reason for a change to be automatically bad for Australia, let alone lead to a war in which it must participate.

The US defence Secretary Robert Gates, who previously worked for the Bush administration, makes no secret of the fact that he is unperturbed by growing strength of China. Instead, he is focused more on countering insurgency in Afghanistan and Pakistan. The CIA assesses Beijing’s military posture as a defensive response to the strong US military presence close to China’s borders. Australian intelligence agencies share this view. So do two of Australia’s most eminent strategic thinkers, a former defence department head, Bill Pritchett, and the former head of the Office of National Assessments, Bob Furlonger, who have called for the white paper to be rejected.

But Rudd is driving Australia policy in the opposite direction by treating China as a potential enemy. Make no mistake, Rudd is largely responsible for instigating the new arms build up. Last September he told senior News Ltd journalists in an off-the-record briefing that he wanted a massive expansion of Australian naval power because he did not trust the Chinese.

The upshot is that the government will buy long-range Tomahawk cruise missiles for the navy, which will take over the principal strategic strike role against major land targets. Previously, when the focus was on the direct defence of Australia, the air force had this job. But the white paper’s renewed emphasis on a forward defence posture means that the air force is no longer regarded as suitable – range problems prevent its fighter planes operating long distances from Australia’s shores without forward operating bases in other countries. When the 2500 km range for the Tomahawk is combined with the extended range of the big new surface ships and submarines, the navy will be able to attack countries around the globe.

But their primary target will be China. Twelve much bigger boats will replace the navy’s six large Collins Class submarines. Eight 6000–7000 tonne anti-submarine destroyers (double the size of the frigates they will replace) will be added to three or four big new air warfare destroyers. All will be armed with the Tomahawk. Disturbingly, the white paper shows almost reckless disregard for the fact that the surface ships will be highly vulnerable to advanced anti-shipping missiles operated by the Chinese.

In contrast to the white paper, the rise of China should be welcomed as unambiguously a good thing, giving hundreds of millions of people some hope of a better life. So is the rise of India, Vietnam and every other country where people are being lifted out of poverty. It would be even better if human rights improved with rising prosperity.

With adroit diplomacy, backed by China’s interlocking investment in the rest of the world, there is a good chance that Beijing will continue to play an increasingly positive role in the international community. But will be much harder to ensure this occurs if countries like Australia embark on military build-ups that are aimed at containing China in a replay of a nineteenth century balance-of-power game.

Rudd should adopt the more considered, and much less hawkish, analysis offered last Friday by Coalition leader Malcolm Turnbull, who said, “It makes no sense for Australia to base its long term strategic policy of the highly contentious proposition that that we are on an inevitable collision course with a militarily aggressive China.” •