Cometh the hour, cometh the leader? 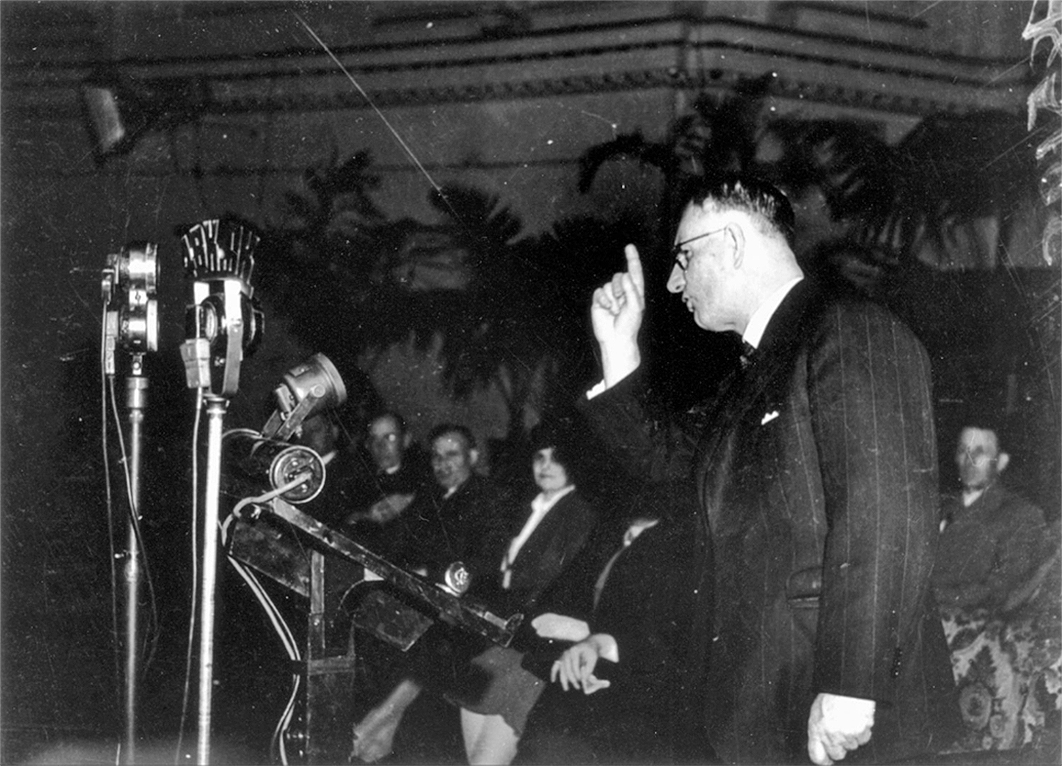 Almost three decades ago Paul Keating famously expressed the view that Australia had never had a great leader. At the time of his “Placido Domingo” speech to journalists at an off-the-record dinner in Canberra in 1990, Keating was desperately striving to succeed prime minister Bob Hawke, who refused to stand aside. He took a swipe at Hawke’s hero, John Curtin, Australia’s prime minister during the second world war, characterising him as a “trier.” Keating’s real target was Hawke, of course, and twelve months later he would strike successfully and assume the prime ministerial mantle.

But did Keating have a point in that rambling speech when he contrasted Australia’s prime ministers unfavourably with the great American presidents?

Unlike our counterparts in the United States, Australians aren’t obsessed with rating past leaders. The standing of American presidents rises and falls as fresh assessments are made by historians exploring the rich archives of presidential libraries. Because of their place in the US system, presidents can also have a much greater personal impact than Australian prime ministers. Australia’s leaders are constrained by party, parliament, elections and uncertain terms in office, all of which severely limit their scope of action and opportunity to leave a lasting mark. All too often, their hold on office, seldom secure, is maintained by uncomfortable compromises — at the party level, at the policy level and at election time.

In 2001, as part of the Centenary of Federation, the Australian Financial Review asked six historians for their rankings. This time Deakin came out ahead, followed by Menzies, Curtin, Chifley and Whitlam. In 2004, the Age polled fifteen historians and commentators, with Curtin topping the poll, followed by Menzies, Hawke, Chifley and Howard. Later, Monash University’s Paul Strangio and his team polled academics, who also put Curtin ahead of Hawke, Deakin, Menzies and Chifley.

Since the publication in 2015 of the first edition of my book, The Manner of Their Going: Prime Ministerial Exits from Lyne to Abbott, I have been constantly asked how I would rank our leaders. It is never an easy question to answer, simply because an informed response requires clarity about exactly which metrics to employ.

An easy (and largely meaningless) measure is to simply add up the number of elections won and length of office. On that score, Menzies (eight elections; 1939–41 and 1949–66) would easily exceed John Howard (four elections; 1996–2007) and Bob Hawke (four elections; 1983–91). But when you throw in another factor — such as the quality of the opposition parties they faced — was Menzies really that much better? For much of his second term, he faced a badly divided Labor Party with a breakaway right wing that soon formed the Democratic Labor Party, whose preferences helped maintain him in office. Howard, by contrast, won four elections against a nominally united Labor Party.

But beyond elections and tenure we need to consider what these prime ministers actually did in office. What challenges did they face? What were their responses? What, if any, were the missed opportunities? How many could really be described as visionary? And, lastly but perhaps most importantly, which of them left a discernible legacy? In other words, who were the genuinely transformative leaders after whose term in office we can say the nation was no longer the same?

External circumstances always test leaders and governments alike. Billy Hughes built his reputation on speaking up for Australia at the Paris Peace Conference at the end of the first world war, returning as a national hero. The earnest James Scullin struggled from day one against the storms of the Great Depression. Curtin became an unlikely wartime leader during the dark days of the second world war. Menzies had the good fortune (and good management) to preside over the long postwar boom.

But can we engage in counterfactual speculation and consider, for example, how successful Curtin would have been as a peacetime prime minister? Or how John Howard would look to posterity if he had been prime minister when the global financial crisis hit? Perhaps such speculation is futile; prime ministers, and the particular problems they face, are inextricably linked to their times.

The truly great crises Australia has faced have both made and broken leaders. The bitter conflict over conscription during the first world war drove Andrew Fisher from office and split the Labor Party under his successor, Hughes; Scullin’s failure to deal with the Great Depression amid internecine warfare within the Labor Party destroyed his prime ministership; Menzies’s first term after the outbreak of war saw him forced from office; the reformed alcoholic Curtin rose to the occasion to lead Australia heroically through the second world war; and Kevin Rudd showed brave leadership and imaginative policy responses to survive the GFC in a way that no other industrialised country did.

John Curtin’s greatness is hard to dispute given the dire circumstances of the time. He was not only a courageous and resourceful leader, he was also transformative in his bold turn to the United States in a time of peril, a turn that profoundly shaped Australia’s postwar standing in the world and its future orientation. Domestically, it is often forgotten that under Curtin, the Commonwealth passed the first Pharmaceutical Benefits Act in 1944, the precursor to the eventual Pharmaceutical Benefits Scheme, which had to survive a High Court challenge from the medical profession before eventually coming into operation under Chifley. His latest biographer, John Edwards, credits him with laying the foundations of Australia’s postwar prosperity.

The early prime ministers, Deakin (1903–04; 1905–08; 1908–10) and Fisher (1908–09; 1910–13; 1914–15) left lasting legacies in terms of social legislation and nation-building, each forging a progressive role for government. In that sense, both could also be seen as visionary. Chifley, guided by his memorable “light on the hill,” will always be associated with the visionary postwar reconstruction scheme that originated when Curtin was in office. It was in this period that the Snowy Mountains hydro-electricity scheme, the Australian National University and the ABC’s independent news service were created.

Menzies, a traditionalist rather than a visionary, can be measured by his greatest achievement, the expansion of tertiary education to bring it within reach of working-class Australians. Gough Whitlam, undeniably a visionary leader. went even further, making university tuition free, fundamentally reshaping family law and introducing universal healthcare. Bob Hawke liberalised the economy and reshaped industrial relations, the effects of which continue to resonate. John Howard’s radical economic agenda brought neoliberalism into policymaking, forever changing how resources are allocated. Each of these leaders may be regarded as transformational.

While other prime ministers can boast significant policy achievements, these don’t always translate into transformative status. Harold Holt taught us to look at our region through fresh eyes; Malcolm Fraser took a principled stand on southern Africa and refugees; Paul Keating introduced compulsory superannuation and brought native title into being; Kevin Rudd steered Australia through the GFC, with great help from Wayne Swan, and graciously apologised to the Stolen Generations; Julia Gillard will long be lauded for calling the royal commission into institutional child abuse, and the National Disability Insurance Scheme; and Malcolm Turnbull will be remembered for marriage equality.

No great leaders? That might be a bit harsh. Certainly some very good ones, some passably effective ones, some average and a handful of duds. But, of them all, only a very select few have left their mark. •

A revised edition of Norman Abjorensen’s The Manner of Their Going: Prime Ministerial Exits in Australia has just been published by Australian Scholarly Publishing.