Television | Etched in Bone tells its story with restraint and empathy 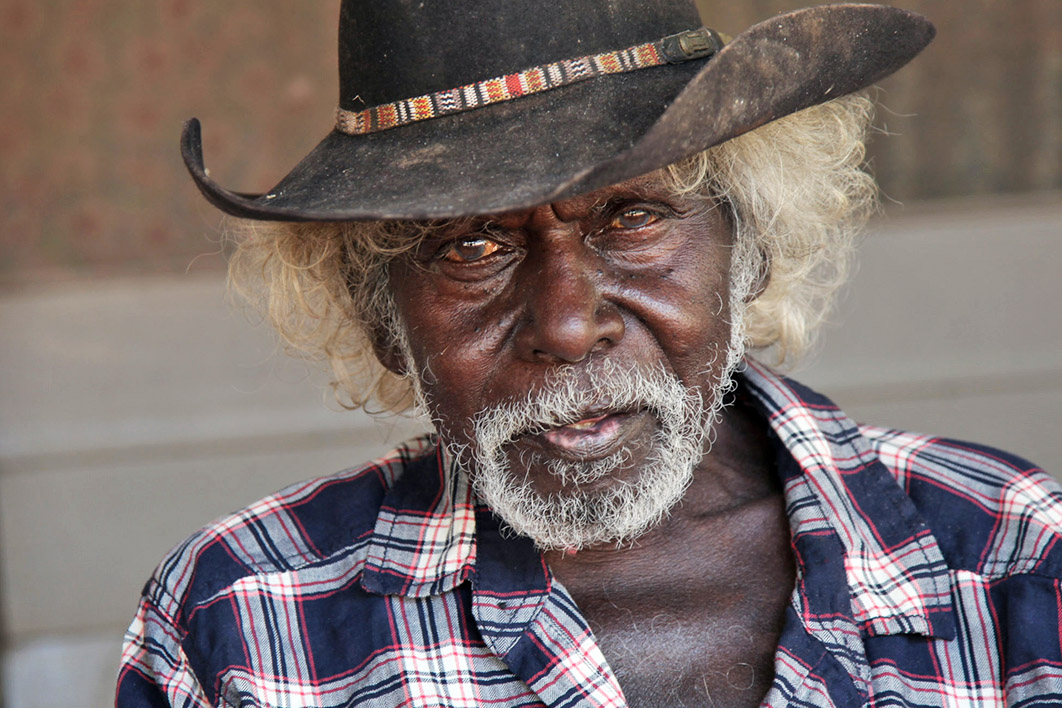 “You’ve just seen a hard drive being smoked. On it are all the video files that went into this film.” Martin Thomas’s voiceover comes through quietly, to avoid altering the level of concentration established in the opening sequence of his film Etched in Bone (SBS on Demand, until 31 July).

It’s the voice of the land you hear first: the drone of insects, the bird calls, the leaves rustling. Then the sound of humans walking barefoot blends in, the leaves rustling more sharply as sprays of foliage are pulled from the trees and added to a pile in the clearing. At the click of a lighter, smoke rises. We hear the voice of an elder recite the names of the land: “Arrkuluk. Arrkuluk. Injalak. Mandjawulbinjdji. I ask these places to take back the spirit.” His voice, too, is low and intimate, as if taking its pitch from the sounds around him.

This smoking of the spirits is a quiet business, and one not usually observed by outsiders. Much is at stake: establishing boundaries between the living and the dead is critical to securing the cycle that links new and coming generations with the ancestral presence.

On this occasion, though, outsiders will be witnessing the ceremony on film. “The reason why those men wanted to smoke the hard drive was to protect you while you watch,” Thomas explains. It is important that we watch, because “we,” who are the inheritors of broken traditions arising from a settler culture, are implicated.

Thomas’s film, co-directed by Béatrice Bijon, documents the repatriation and burial of stolen ancestral bones. It also tells the story of how the bones were taken from their resting place in a cave at Gunbalanya in Arnhem Land in the first place, weaving in extracts from a documentary made by a party of ethnological researchers in 1948.

First, though, we hear about those events from two local men, one of whom is the artist responsible for the paintings on the sacred rock face leading to the cave. As they climb the hill, music is introduced: rising cadences on stringed instruments, elegiac and melodic. The dialogue between the men is almost matter-of-fact. “The white people got those bones from this cave, they took them down the hill… They put the bones in a box and took them overseas.”

The bones are restored now to their original resting place and life in Gunbalanya goes on in a steady weave of sound and motion. A rhythmic soundtrack of didgeridoo and guitar accompanies images of children circling each other on bikes, bats hanging in sleep, dogs lazing in the sun, women chatting as they wander across the street, a crocodile floating downstream.

“We want to keep this place as strong and as normal as it was many, many thousands of years ago,” says Jacob Nayinggul, the elder who is in every sense the presiding spirit of the film. With its river, hill caves and flourishing native plants, this is a stunning place. In a final poetic flourish to this first part of this account, a flock of birds takes off against a flaming sky reflected in the still waters below.

Then, a jarring note. A fanfare cuts in, and an announcement comes in the strident tones of postwar BBC English: “Expedition to Arnhem Land.” Nothing could more effectively express the shock of an alien cultural intrusion. There is no need for commentary, and none is offered. A small plane lands, discharging a cargo of Europeans dressed in khaki shorts and shirts. Bulky provisions are unloaded from a boat, and the whitefellas set up camp with Australian and American flags hanging side by side above the tents.

This 1948 expedition was led by Charles Mountford, a photographer and ethnographer from South Australia, and Smithsonian curator Frank Setzler, who had interests in the racial characteristics of human anatomy. Both were in search of relics and artefacts they could take home with them. We see Setzler taking facial casts from the young men, who patiently cooperate. Then a couple of teenage boys lead him up to the caves where the bones are held, and take a nap while he explores. The trust is painful to witness. While they are asleep, Setzler nips into the cave, and like any common cat burglar, helps himself to what, back at the Smithsonian, will be received as a prize haul.

Here Thomas intervenes with a brief account of the Smithsonian enterprise and the late nineteenth-century fascination with evolutionary ethnography. The museum was founded with a bequest from English scientist James Smithson, who died in Genoa in 1829 and “lay there for seventy years” until, in one of the most striking symmetrical ironies of this whole situation, his own remains were repatriated.

They are now installed in a marble shrine in the original Smithsonian building known as “the Castle.” Opposite this fine Victorian edifice is a clinical modern construction designed for the high-density storage of a vast archive of specimens. Numbered skulls and bones are packed into trays in massive shelving units.

In 2010, following negotiations with the Smithsonian, representatives from the people of Gunbalanya, East Arnhem Land and Groote Island travelled to Washington to receive the bones Setzler had taken. Thomas and cinematographer Adis Hondo went with them, and filmed the simple ceremony they performed as the boxes were wheeled out on a trolley draped in Aboriginal flags.

At almost exactly the midpoint of the documentary, we return to Gunbalanya to follow the stages of reception and repatriation in the homeland. This is overseen by Nayinggul, who serves as a commentator on the significance of all that must be done. Each bone and skull is painted with ochre and wrapped in paperbark. He talks to them, offering reassurance that they have come home. “We’ll follow,” he says. “We’ll go after them, too.”

Over the five years between Thomas’s first visit to the community and the burial ceremony, Nayinggul has declined physically. A frail figure in his early sixties in 2006, he is a near skeleton when he directs the ceremonial proceedings from his wheelchair in 2011. It’s as if his presence in the physical world is fading. There is a lightness about everything he says and does. He switches effortlessly between English and traditional language, alternately addressing the spirits of the dead and making explanatory comments to the film crew.

Soon after his ancestors were laid to rest Nayinggul did indeed follow them. Etched in Bone took eight years in all to complete and, as Thomas explains in his 2013 essay, “Because It’s Your Country: Bringing Back the Bones to West Arnhem Land,” a number of years had to pass before the taboo was lifted on speaking the name of the deceased or showing his image. It is a tribute to Thomas and Bijon that it is essentially Nayinggul’s film. He establishes its tone and controls its message.

This is an exceptional piece of filmmaking, governed by qualities of restraint and attunement that are essential to its subject. Thomas first visited Gunbalanya in search of recordings of Aboriginal song, and the musicality of the film as a whole — with compositions by Yolngu musician Joe Gumbula and original music by Eric and Joseph Bijon — is one of its most appealing characteristics. •

Which crisis of trust?

Are concerns about Australians’ faith in politics and democracy being exaggerated by poorly presented research? 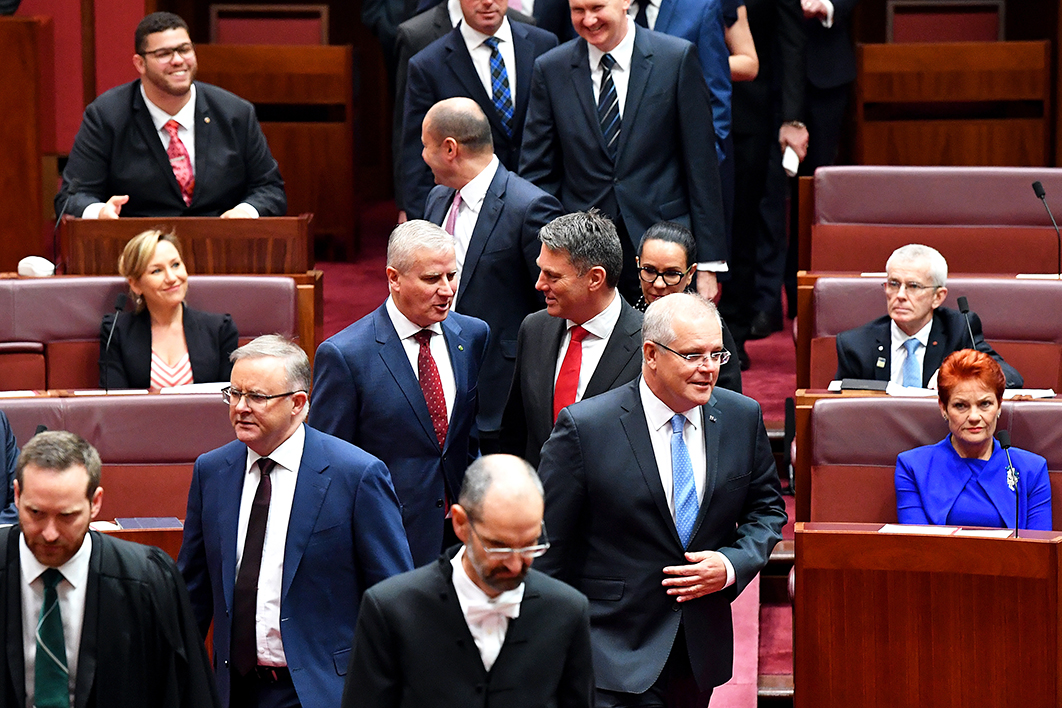