Has the government’s dislike of class actions coloured its view of listed companies’ responsibilities to investors? 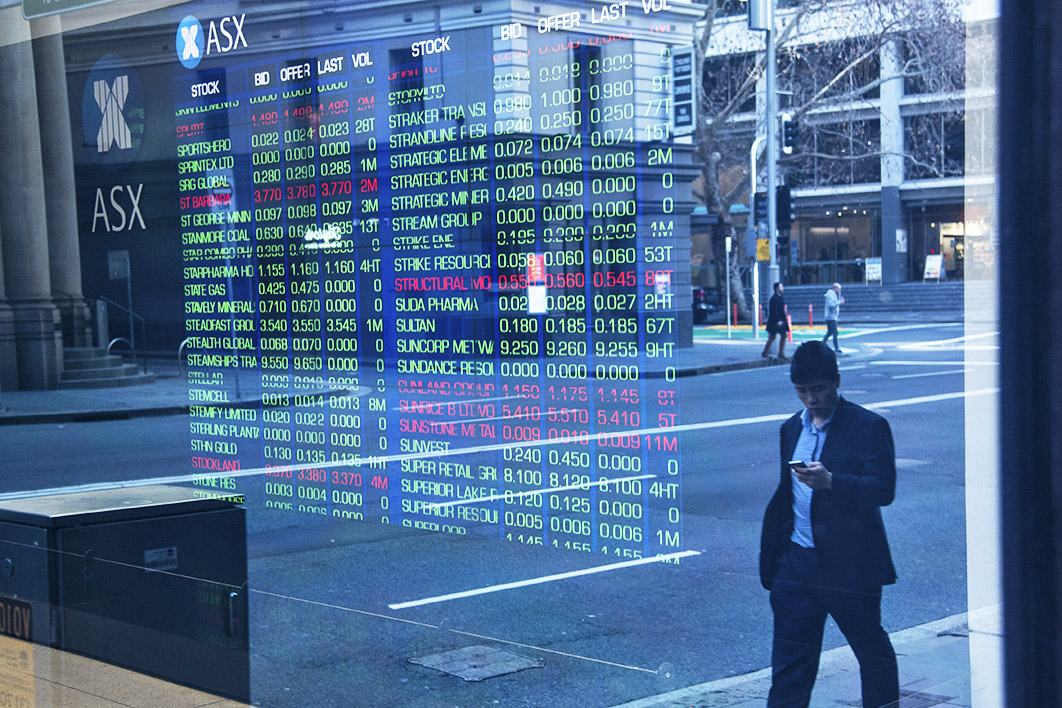 Critics of the federal government’s latest securities legislation might be tempted to accuse the government of following the old adage: never let a crisis go to waste. Last year, at the height of concern about the impact of Covid-19, it gave temporary relief to companies listed on the Australian Securities Exchange. For the duration of the pandemic, the rules governing “continuous disclosure” of information to the ASX about a company’s performance and prospects were relaxed.

Not surprisingly, the government’s recent decision to make the change permanent has generated much political heat, a certain amount of debate in the business pages, and competing claims from those who stand to win or lose from the proposed changes, including class-action lawyers and third-party litigation funders. The new disclosure laws certainly deserve close attention: timely and accurate corporate information helps investors settle on fair prices and allocate capital as efficiently as possible. These disclosures also reduce the risk of insider trading and other forms of market abuse that indirectly affect us all.

In his second reading speech, assistant treasurer Michael Sukkar argued that the new legislation will reduce “opportunistic class actions,” the threat of which “makes it considerably more difficult for companies to release reliable forward-looking guidance to the market.” Without the proposed protection, “companies may choose to withhold forecasts of future earnings or other forward-looking estimates, thereby limiting the amount of information available to investors.”

Others take a different view, arguing that the direct and indirect costs of class actions, and their potential to discourage forward-looking disclosure, are generally justified by their significant deterrence impact. The market generally, and small investors in particular, benefit from rigorous continuous disclosure, according to supporters of the tougher rules; the proposed changes would reduce the incentives for corporations and their officers to keep the market fully informed.

That view has attracted some judicial support. As one judge put it, securities class actions serve “a role in not only providing for significant amounts to be paid to investors for claimed losses occasioned by allegations of corporate malefaction… but they also have occasioned a private regulatory discipline on the conduct of listed companies and their dealings with the market of investors in their securities.”

It’s important to note that the proposed reforms don’t alter the basic obligation of ASX-listed companies and their officers to disclose relevant information. Instead, they reduce the penalties for failing to share relevant information in a timely way or making inaccurate or incomplete disclosures.

Australia’s continuous disclosure laws date back to 1996. For ASX-listed companies, the basic obligation is contained in ASX Listing Rules 3.1. Once a company becomes aware of information that a reasonable person would expect to have a material effect on the price or value of its securities then it must immediately make an announcement to the market. Exceptions applied made in certain defined circumstances.

As the law currently stands, breaches can have four main consequences: criminal prosecution (brought by the Commonwealth Director of Public Prosecutions); civil penalty prosecution or the issue of an infringement notice (by the Australian Securities and Investments Commission); or a civil damages claim (usually via a securities class action brought by a plaintiff law firm, often with the support of a third-party litigation funder). If the failure amounts to misleading or deceptive conduct, then a person who believes they have suffered loss or damage can make a damages claim (again, via a securities class action) against the company and an officer involved in the contravention.

Over recent decades, legislative changes designed to facilitate class actions and access to third-party litigation funding have expanded the circumstances in which investors can claim damages without having to establish that the failure to disclose affected their individual trading decisions. At the same time, the maximum civil penalties have risen considerably and may now exceed $11 million for companies, with the possibility in some cases of up to 10 per cent of annual turnover, capped at $555 million.

The new legislation is intended to change the circumstances in which a civil penalty prosecution or private securities class action can be brought against the corporation. It doesn’t alter the criminal consequences (which apply when a disclosure breach is deliberate) or the infringement notice regime (which doesn’t require the Australian Securities and Investment Commission to prove any fault if the company accepts the fact of the breach and pays a fine).

For the listed company itself, the new legislation introduces a fault element for civil penalty prosecutions and civil proceedings. The key difference is that civil penalty and civil liability only applies if “the company knows, or is reckless or negligent with respect to whether, the information would, if it were generally available, have a material effect on the price or value” of its securities.

Having to establish that the listed company knew, or recklessly or negligently failed to recognise, that the information was price sensitive raises the bar for ASIC in pursuing civil penalties against the company, and for private class action litigants in establishing liability. But it brings the regime closer to the United States and Britain, where private actions require proof of a fault element, including knowledge or intention, on the part of the corporation.

The legislation also alters the position for corporate officers. Under the existing law, a corporate officer who is involved in contravention can be personally liable for the breach; under the new law they have a defence if they can prove that they took all steps (if any) that were reasonable in the circumstances to ensure that the disclosing company complied with its obligations and after doing so, believed on reasonable grounds that the disclosing company was complying with its obligations under that subsection. It seems likely that this change will eventually flow through to the general duty of care under the Corporations Act, which has been the basis of several civil penalty proceedings brought by ASIC.

So, do the reforms weaken Australia’s continuous disclosure regime? Or do they strike a better balance by no longer punishing (through the civil penalty regime) or no longer allocating loss to the company rather than the investors (through private litigation) in circumstances where a failure to disclose was inadvertent?

Probably the latter, but the jury will be out for a while and much will depend on how the reforms interact with other parts of the Corporations Act and the ASIC Act. Either way, though, it is hard to avoid the conclusion that Covid-19 gave a government already inclined to restrict securities class actions the opportunity to do so without conducting the full review urged by the Australian Law Reform Commission back in 2018. It also leaves open the disagreements that remained in the parliamentary joint committee’s findings on the question in December last year. •

Pamela Hanrahan is Professor of Commercial Law and Regulation at the UNSW Business School.

“An affront to anyone who believes in democracy” 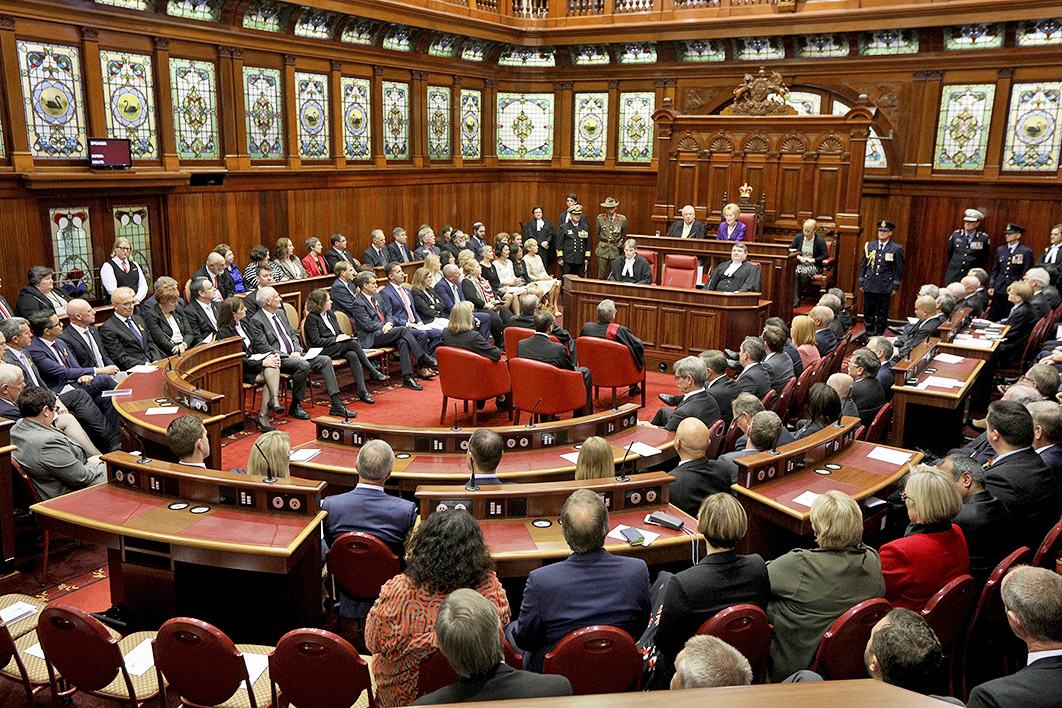