Compounding a long history of betrayal 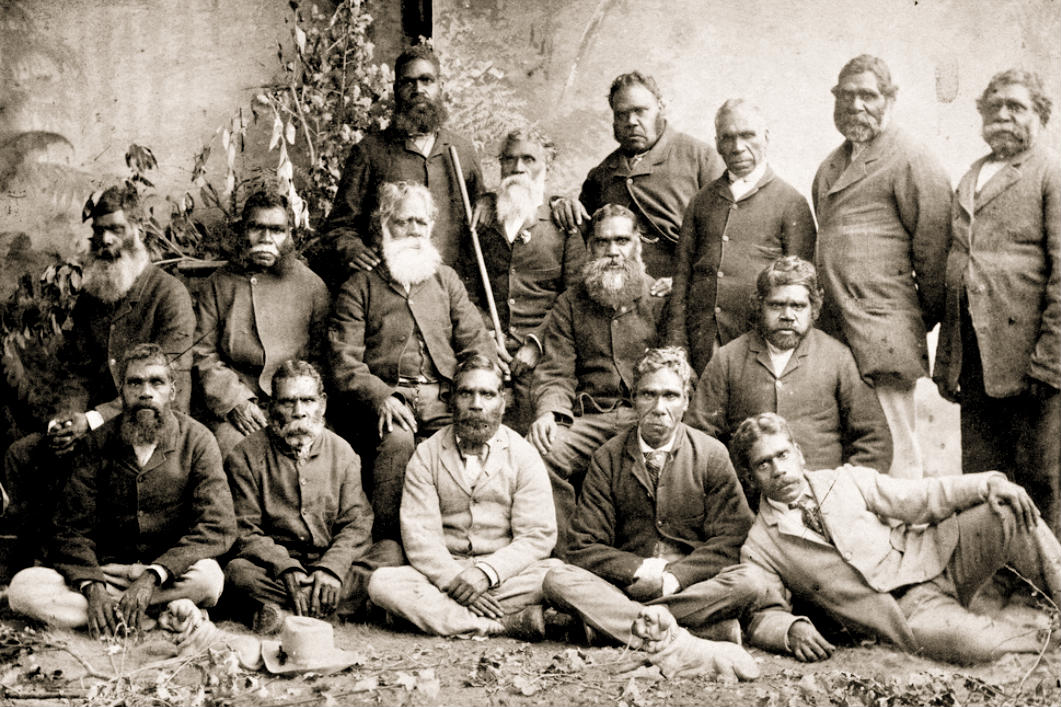 This delegation of Coranderrk men walked to Parliament House in Melbourne in 1886 to farewell former chief secretary Graham Berry. “We have come to see you because you have done a great deal of work for the Aborigines,” they declared in a written address, presenting him with this photo and other gifts. The bearded William Barak is seated in the centre at the back. State Library of Victoria

The most significant thing that happened in federal politics last week was not the High Court’s decision on the citizenship seven, nor the political raid on the union offices, nor the revelations about the NBN. It was the government’s rejection of the Uluru Statement. Even our best media commentators missed its import: it failed to make the lead item on any nightly news, ABC Insiders gave it two minutes at the bottom of the hour and Jon Faine, normally astute on legal matters, misunderstood the recommendations of the Referendum Council until corrected by listeners.

Fortunately, Patricia Karvelas, who has often reported Indigenous issues, gave the backdoor announcement the attention it merited. On RN Drive last Thursday, which she noted was the anniversary of the Uluru handback, Karvelas applied a blowtorch to Indigenous affairs minister Nigel Scullion and gave a platform to Noel Pearson. Pearson spoke with such fluent, eloquent anger that his quoted words, virtually unedited, constituted the editorial of the Saturday Paper. “There is no recognition or reconciliation under this prime minister,” he declared. “Malcolm Turnbull… has consigned himself to a footnote even before he’s left the parliament.”

It was not just that the government rejected the call for an Indigenous voice; it was the way it was done. Indigenous leaders were treated discourteously and the process the government itself had initiated was treated with disrespect. The prime minister declined to make the announcement himself and the news was quietly released to the media amidst uproar about other issues. It is dismaying to see a government “put out the trash” under cover of its own dysfunction.

The government had already pre-empted public discussion of this esteemed outcome of a decade of consultation. Within days of the release of the Uluru Statement in late May, Barnaby Joyce had falsely characterised it as a call for “a third chamber of parliament.” Turnbull’s press statement did the same last Thursday and Nigel Scullion peddled that line in the media, constantly using the term “third chamber.” Gabrielle Appleby explained in Inside Story last week why that line is false and why the proposal is far from radical, and Indigenous leaders have calmly reiterated that it is a voice, not a veto — a voice to parliament, not a voice in parliament.

The government’s view is that an Indigenous voice to parliament would be unacceptable to the Australian people. When Karvelas asked for the evidence, Scullion said, “Well I don’t need evidence to do that. We have done a lot of polling. We have done a lot of polling. Not on this particular matter because it was never a matter that was contemplated.” Yet a poll released this week reveals that over 60 per cent of Australians do support a change to the Constitution to set up a representative Indigenous body to advise the parliament. So although the government was determined to foist a postal vote on us about an issue that parliament has the power to decide (same-sex marriage), it refuses to seek a vote on a constitutional issue upon which only the people can decide. Barnaby Joyce does, however, support a referendum to deal with his personal failing to do citizenship paperwork.

It shouldn’t surprise us that Turnbull doesn’t have the ticker. We need to stop treating him as a thoughtful, liberal man constrained by his right-wing rump, a leader whose promise is always about to be realised. He has never delivered. His poor political judgement led the popular cause of republicanism to defeat. When he finally seized the prime ministership and gained the power to deliver a republic, he shrivelled in the glare and found the idea too ambitious. The Uluru Statement, he declares, is also “too ambitious.” Malcom Turnbull has ambitions only for himself, not for the nation.

Following the government announcement last week, Noel Pearson wrote that ten years of his life flashed before him, a decade of hard work towards recognition. And there came also to his mind, as for many of us, “the long history of Indigenous advocacy in this country.” For more than 200 years, the Indigenous people of this country have patiently petitioned white politicians and their institutions. A shocking pattern emerges: the more respectful and successful the Indigenous consultations and statements, the more likely they are to be undermined or betrayed by government. It seems that our white political institutions are still uncomfortable with Indigenous strength and success.

Take, for example, the story of Coranderrk in the Yarra Valley of Victoria. In the 1850s and 60s, reeling under the invasion, the ngurungaeta (leaders) of the Kulin people petitioned to be given some of their land to farm as compensation for their loss of country and resources. They were first allotted land in the Acheron Valley, which was promised “ever should be theirs,” and they worked it enthusiastically until rival white farmers forced them off. Led by Simon Wonga and William Barak, they then went in search of another “promised land,” walking across the mountains to the Yarra flats to establish Coranderrk near present-day Healesville.

There, they built huts, cleared and worked the land, produced and sold craft, and by 1867 were grinding flour from their own grain and cutting timber at their sawmill. These Aboriginal farmers won gold medals at Royal Agricultural Shows, and scarcely a year went by when hops grown at Coranderrk did not command the highest price at the Melbourne markets. Many white settlers envied their productivity and politicians were amazed yet annoyed by the determination of the Coranderrk residents to manage their own affairs.

The sinister process by which this Aboriginal success was undermined and betrayed has been carefully documented by historians. So has the decade and more of Aboriginal rebellion against this second dispossession. William Barak emerged as a patient supplicant to the invaders’ conscience. He led Coranderrk residents in a respectful campaign of delegations, strikes, protests, petitions and letters to the press expressing their concerns to the Victorian government and public. He and other leaders frequently walked the sixty kilometres from Coranderrk to the Victorian parliament to pay their respects and make their case to an institution they were implored to trust. They wore their best clothes on the long walk and some carried their shoes in their hands. Nevertheless, in 1886 sixty residents were ejected from Coranderrk, in 1893 half the reserve was excised for white farmers, and in 1924 the settlement was closed. Tragically, this story has been repeated across the nation, and we saw its echoes last week in the government’s trashing of a long process of invited and respectful Indigenous negotiation.

When, in September this year, Malcolm Turnbull refused to greet Aboriginal man Clinton Pryor outside parliament after his 6000 kilometre Walk for Justice across the continent from Perth, the writing was on the wall for the government response to the Uluru Statement. But once again Turnbull is on the wrong side of history — a footnote indeed — for there is a popular momentum for justice and recognition that will sweep him aside. ●

Tom Griffiths is Emeritus Professor of History at the Australian National University. His most recent book is The Art of Time Travel (Black Inc., 2017). 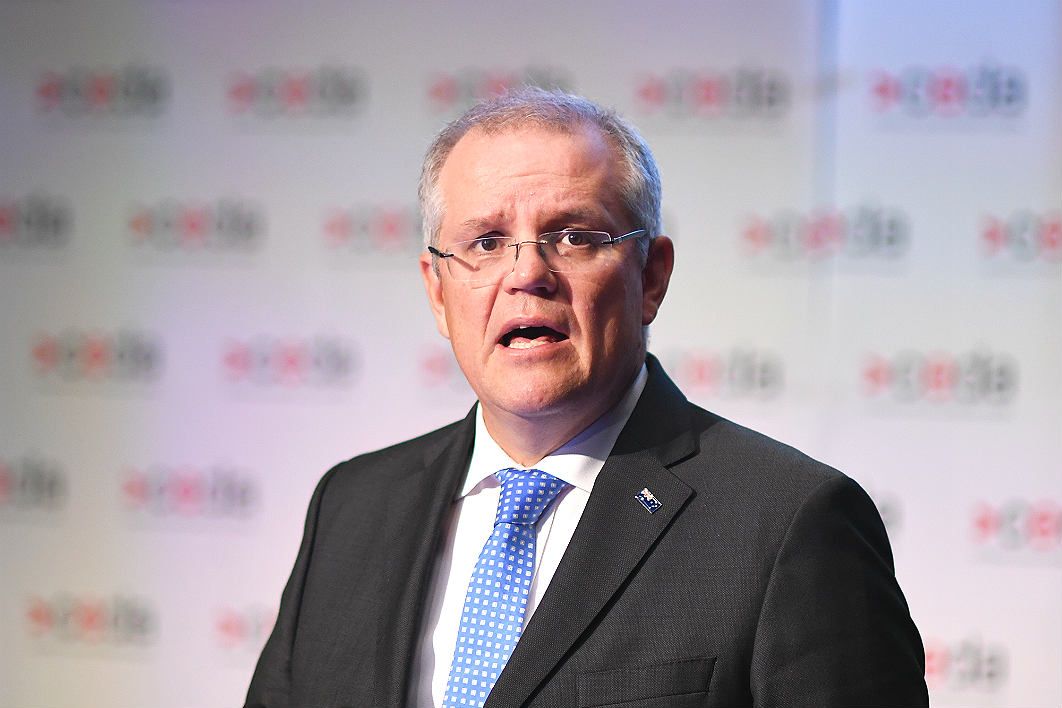