Our critic’s selection of the best of locked-down television 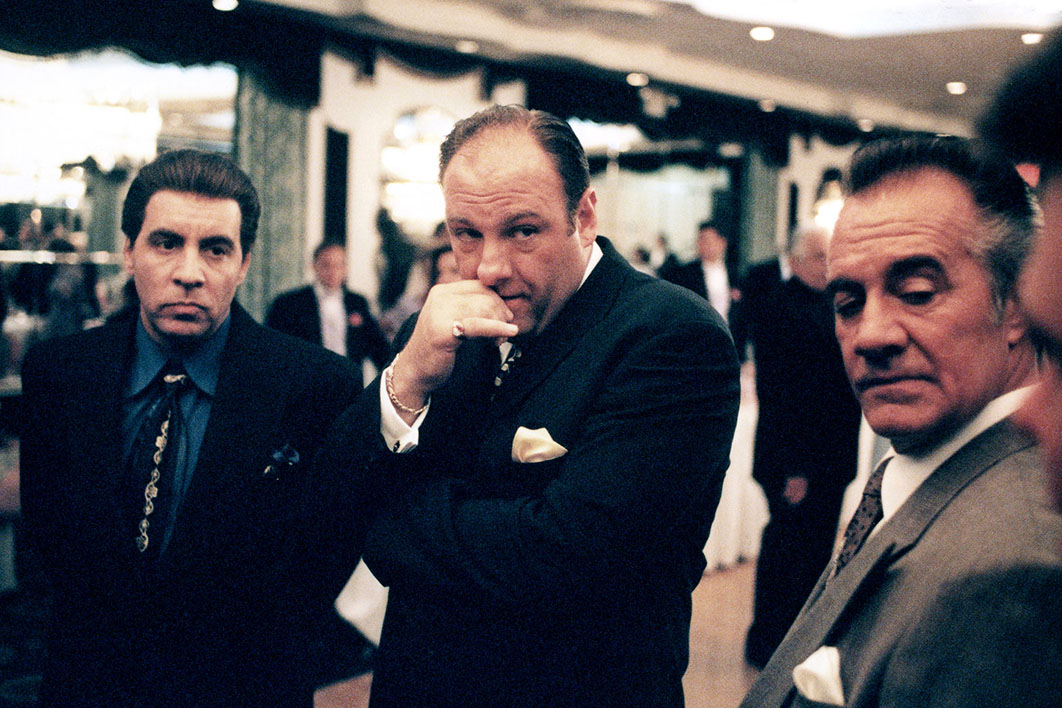 Being housebound means Zoom meetings, yoga breaks, cake making, walking the dog and (in my case) binge sewing. Haunted by the spectre of the couch potato consuming an endless diet of weepy soap operas and raucously unfunny comedies, many of us will avoid daytime TV just as we avoid (or try to avoid) opening the wine bottle before the sun is over the yard-arm.

But in these days of confinement, television has its place as a form of domestic escapism, and escapism doesn’t have to mean the televisual equivalent of a tray of donuts. The fact that we can easily draw on a vast repertoire of fine programs means it’s worth revisiting some of the best series for a binge viewing experience that takes us into the more diverse realities of a world before Covid-19 monomania took hold.

Aware of the variety of tastes and moods catered for in television drama, I asked friends on social media for their nominations. They certainly were eclectic. So much so that I decided to turn this review into a double episode covering the widest possible range of suggestions.

Three dozen respondents nominated more than fifty programs, with only seven scoring more than one vote and none scoring more than three. All of which serves to endorse my instinct that, as far as television is concerned, top-ten lists don’t mean much. With nominations distributed across Scandi-noir, sci-fi, the western, the spy thriller, period dramas and political sagas, there was no convergence on genre either.

For all the diversity, though, one of the fascinations of revisiting past favourites is a refreshed awareness of how series talk among themselves, their themes and preoccupations often merging in counterintuitive ways. Among the nominations were some vintage series that, viewed now, present sharply predictive scenarios.

The BBC series A Very Peculiar Practice (1986–88), scripted by Andrew Davies, is set in an English midlands university where an ethos of 1970s radicalism and permissiveness is degenerating into a form of institutional psychopathology. Peter Davison, following a four-year term as Dr Who, plays a very ordinary doctor who is recruited to the campus medical practice, where his first experience is a team meeting at which ominous signs of cultural change are evident. The vice-chancellor is “baying for cuts” and his emissary, a prissy corporate numbers man played with subtle comedic genius by David Troughton, announces that the sick bay is no longer cost-effective.

Over the course of two seasons, the old-guard academics who drink on the job and invite students home for group sex are progressively replaced, along with most of the disciplines they taught, or at least were supposed to. The medical practice and its services are relentlessly stripped back and converted to the new corporate model. Those working in universities now are still living with the consequences of the zealotry with which changes like those really were made. As a portrait of cultural transition, the series is stringently incisive and very funny.

For my money, Edge of Darkness (1985), a six-part thriller from the same era, is one of the best-ever BBC series. While very much a reflection of its time, it also remains uncannily contemporary. Troy Kennedy-Martin’s stark script is free of the naiveties and indulgences that often jar in the dramatic visions of an earlier generation. The cast, led by Royal Shakespeare company stalwarts Bob Peck, Zoë Wanamaker, Charles Kay and John Woodvine, work as an ensemble, giving intuitive pace and tone to every scene. And with theme music by Eric Clapton, the atmosphere reverberates long after the credits have rolled past.

Set in Yorkshire mining country, the series tells an essentially grim story. Peck plays Ronnie Craven, a senior police officer whose daughter is shot as they make their way home together one rainy night after a student protest in which she played a key role. Was she, or her father, the intended target? As he delves, Craven discovers that his daughter has been involved in planning a daring underground expedition to expose the existence of an American-sponsored plutonium reactor in an old mine shaft.

When CIA agent Darius Jedburgh (Joe Don Baker) arrives on the scene, it isn’t at all clear whose interests he’s serving. But he strikes an immediate rapport with Craven, despite the two men being opposites: Craven a thwarted idealist, shrewd, steely and (understandably) melancholic; Jedburgh a born cynic and ever-smiling rogue who rushes back from negotiations in Afghanistan to be in time for a round of golf and the next episode of Come Dancing. Together, they embark on an underground odyssey to penetrate the hot cell, through which they wrestle a form of anarchic triumph from tragedy. (Baker’s performance is so winning that his character still has an active fan base on Facebook.)

What these two BBC classics have in common is the sense of a world being steered into a prolonged and ultimately disastrous endgame. In both, the arc of dramatic tension is driven by the mounting urgency of a moral reckoning. More than three decades later, as the powerful recent BBC/HBO series Years and Years shows, we are still in this endgame.

Revisiting some of the American repertoire that has appealed to my respondents, I am struck by the contrast in mythos. The West Wing (1999–2006) and The Sopranos (1999–2007) were epoch-making sagas whose influence brought television into a league of political and social relevance that had previously been reserved for classic theatre. How do they stand up to reacquaintance?

Aaron Sorkin, with his reinvention of Marx Brothers smart talk as a form of rapid-fire professional dialogue, was the genius behind The West Wing. But he created a genre that needed the right actors to bring it to life. Groucho’s lines only work when Groucho speaks them. Martin Sheen led a cast that combined psychological rigour with the timing of higher-end vaudeville performers. Episodes were brilliantly structured, weaving threads of romance, farce and political intrigue into a mosaic that deepened over the years.

And yet. In the era of Trump, much of this comes across as painfully self-indulgent. There’s something tacky about the insistent cleverness of the talk. President Jed Bartlet, whose guiding lights are the Bible and the dictionary (both of which he seems to know by heart), sets out to demonstrate that you can say a lot of good things in the rarefied domain of the West Wing and then go right ahead and do them, with The American People as appreciative but silent witnesses. Bartlet is surrounded by smart, honourable men — and a few smart, honourable women, though the only one with any professional clout is the redoubtable press secretary, C.J. Cregg, played with suitable aplomb by Allison Janney.

And the Republicans, too, are honourable men. This is Capitol Hill as John Winthrop might have dreamed it when he preached about “the city upon a hill” in 1630. Meanwhile, in the real world, the neocons were in command of a White House buzzing with hysterical propaganda about weapons of mass destruction. The West Wing gives us the administration that never was, a daydream of Democrats whose image of themselves as super-smart, ethical citizens provoked Steve Bannon into driving a cleaver through the moral high ground they claimed as their own.

The series explored some serious moral ambiguities in its later years but never lost its self-deluding sentimentality. Idealism and sentimentalism may be false friends, but they are often found in company, blocking out the more confronting realities of the world. Bannon is a figure beyond the ken of President Bartlet, and John Winthrop would surely never have envisaged the horrors of a mafia regime, or the depravities of the Wild West.

The Sopranos, exactly contemporary with The West Wing, tells an alternative American story about the dynamics of power. “They needed us to build their cities, their subways and to make ’em richer,” says Tony Soprano (James Gandolfini). “Some of us wanted a piece of the action. We had the balls to take what we wanted.” Gandolfini, whose performance drew comparisons with Brando, had the method actor’s way of absorbing the entire physiology and psychology of the character. Asked in an Actor’s Studio interview what he would like to hear God say when he arrived at the pearly gates, he didn’t miss a beat. “Take over for a while, I’ll be right back.”

The language of the Bronx is a world away from the repartee of Harvard graduates, but it has an equally finely tuned range of nuances, with an added element of dramatic tension. In The Sopranos, an exchange of smart talk is usually just foreplay to the next outburst of violence. The series’s intricately scored but unrelenting succession of violent reprisals raises questions about how deep the American heritage of civil society really runs, even at the turn of the second millennium.

That question continues to haunt in The Wire (2002–08) and Deadwood (2004–06), each of which gained a couple of votes from my respondents. Deadwood’s violence has nothing intricate about it, and nor does its dialogue. If you don’t know the series (and I didn’t), don’t expect instant immersion. A newly imagined account of small-town life in the black hills of Dakota during the gold rush years of the 1870s, it’s a maelstrom of punch-ups interspersed with competitions in verbal obscenity and terminal engagements with the liquor bottle.

Once you get accustomed to the milieu, though, other qualities emerge. The language is a kind of punk poetry in which the repetitive swearing creates bizarre cadences and cross-rhythms. It’s as if the limited vocabulary is a straitjacket, putting human communication under constant, violent pressure, but if you stick with it, the series evolves into a portrayal of wider possibilities in human life and community. As an exercise in historical sociology, Deadwood is extraordinarily insightful and well researched, and has a first-rate cast. Robin Weigert’s performance as Calamity Jane is a tour de force.

The Wire is also an acquired taste. It portrays life on the “killing streets” of Baltimore, as previously documented by scriptwriter and showrunner David Simon in Homicide, his book about a year as a journalist assigned to report on the activities of the Baltimore police. In the dramatisation, Simon set out to show that what was going on was not so much a war against drugs as a war on the underclass.

The series follows the attempts of detectives Moreland (Wendell Pierce) and McNulty (Dominic West) to penetrate the gang culture surrounding drug barons Avon Barksdale (Wood Harris) and Stringer Bell (Idris Elba). In keeping with the real-life demographic, the majority of the cast members are African-American, many of them locals, and the dialogue, which captures the quality of gangland communication, is not always easy to follow or even hear.

Each season focuses on a different aspect of local culture: the drug trade, the waterfront, town hall politics, the school system and the press. With its exploration of the interplay between feral and institutional forms of power, The Wire takes a quantum leap in complexity. As much of a challenge to the concentration as a Conrad novel, it’s definitely not one for couch potatoes.

And that’s it for part one. In part two, I’ll look at some of the most original productions of the past decade. • 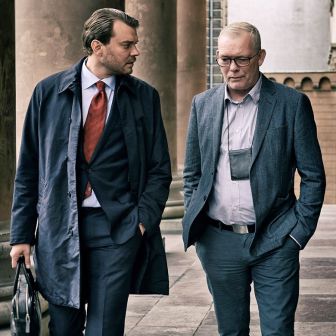 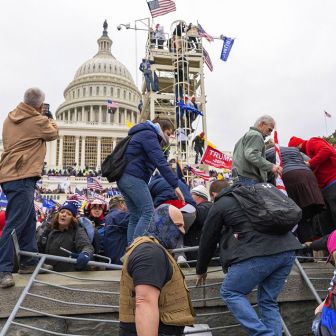 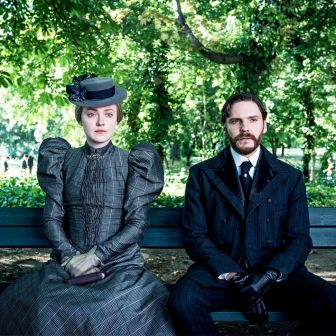 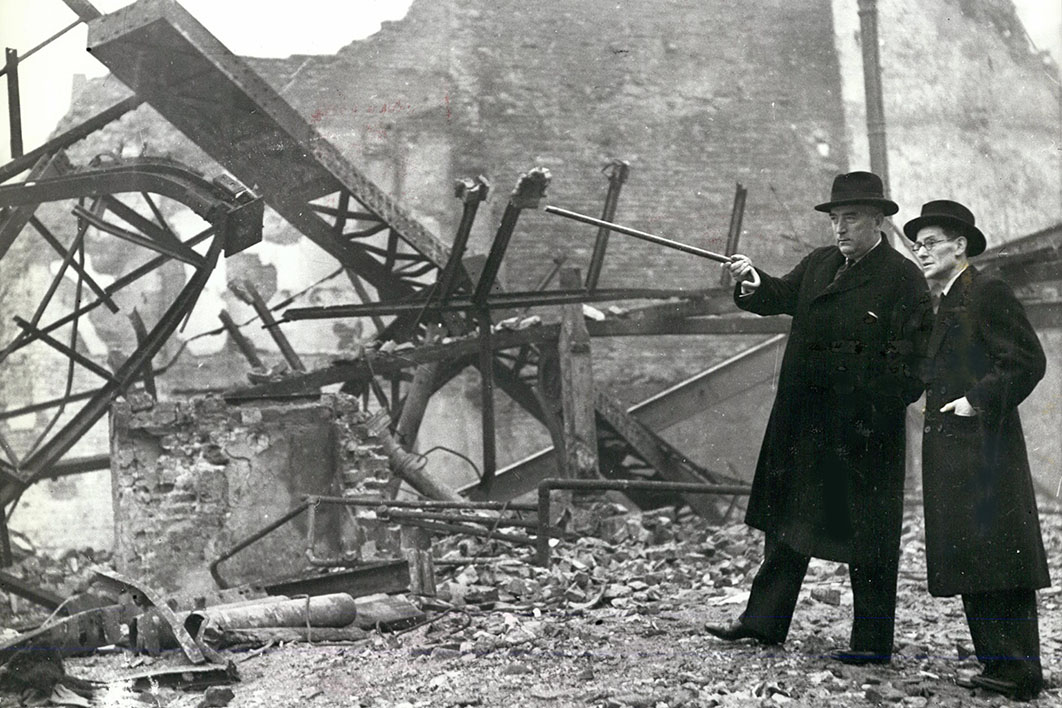