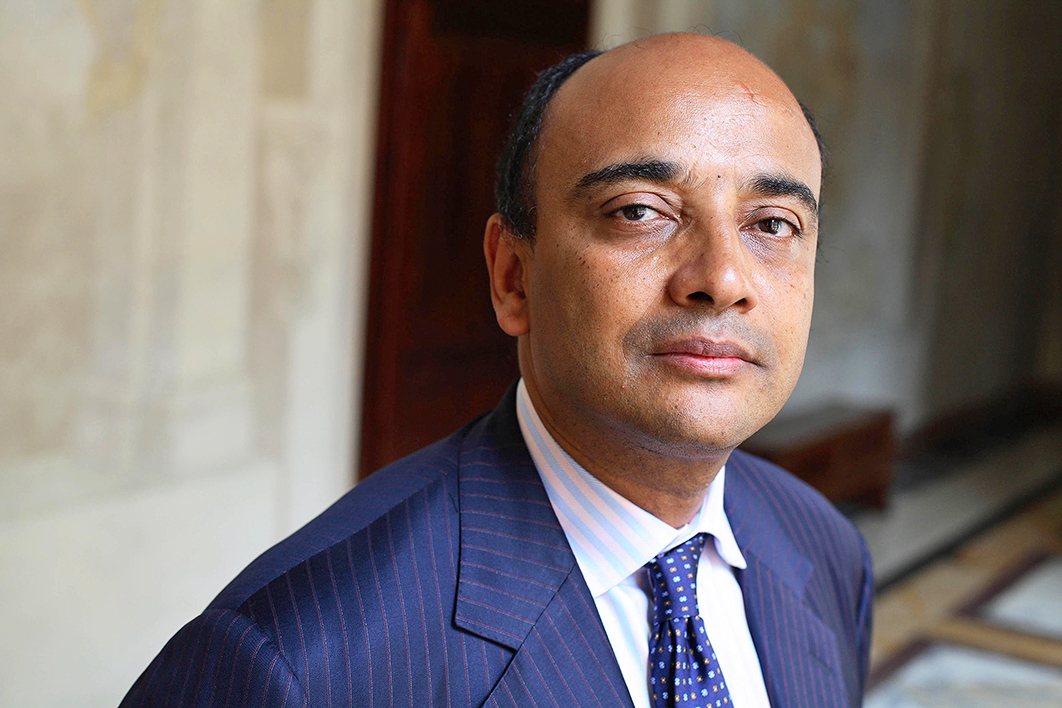 When the Ramsay Centre for Western Civilisation offered to set up a program at the Australian National University to promote the values of Western culture, its critics argued that the level of control it sought over staff appointments would clash with the university’s commitment to free inquiry. Kwame Anthony Appiah takes a more radical position in this book, which is based on his 2016 Reith lectures for the BBC. He thinks that we should give up on the very idea of Western civilisation. “It’s at best the source of a great deal of confusion,” he writes, and “at worst an obstacle to facing some of the great political challenges of our times.”

Appiah, a philosopher, novelist and public intellectual, is a critic of the identities of race, religion, class, nation and culture that are playing such a prominent role in contemporary political conflicts. He wants to persuade us that much of our thinking about their importance is unhelpful or just plain wrong, and that we would be better off to think in new ways. He has put together his criticisms in a book that is a model of philosophical writing — challenging, well argued and timely, and a pleasure to read.

Appiah accepts that identities of some kind are inevitable. We have an irrepressible tendency to clump together in groups and divide the world into “us” and “them.” Identities encourage cooperation and give people a place in the world, but they also encourage falsehoods and self-deception. When we divide people into groups we often assume commonalities that don’t exist. We develop expectations based on those assumptions and we force people into moulds we construct for them. Appiah points to traditional beliefs about gender differences as obvious examples of essentialist thinking about identity, and he credits feminists for developing the critical tools he uses to reveal the falsehoods in the identities he examines.

The problem with appeals to “Western civilisation” is the implication that something essential separates the West from the rest. According to a common narrative, the West is the unique inheritor of the ideas and ideals of classical Greece, and Westerners are imbued with the qualities that derive from this heritage. Those qualities only truly exist, the argument goes, in Western countries.

This narrative ignores the role that the Muslim world played in preserving, developing and transmitting classical ideas. It exaggerates the differences between cultures and the commonalities among those deemed to be Western. It supposes that culture is indivisible and unshareable. It confuses culture as a pursuit of high-minded people with the culture embodied in everyday life. “How have we managed to persuade ourselves that we’re the rightful inheritors of Plato, Aquinas and Kant when the stuff of our existence is more Justin Bieber and Kim Kardashian?” Appiah asks. The notion of Western civilisation is based on lies and confusions, he believes, and functions mainly as a weapon of cultural warfare. This is why he thinks that it ought to be jettisoned.

Appiah comes to the same conclusion about race and class. Race, as we know it, was the product of nineteenth-century pseudoscience that used biological criteria to locate people in a racial hierarchy. Although biologists long ago rejected race as a meaningful category, ideas about racial differences linger on not only in the ideology of the far right but also in the thinking of many ordinary people. Appiah compares the survival of racial identities with a model made from wax that has melted away to leave an empty shell. The space left by the refutation of racial pseudoscience has been filled with prejudices constructed out of our imaginings.

Class, Appiah believes, is also a pernicious category based on false assumptions. He would prefer a society without class hierarchies, but he doesn’t believe that it will ever exist. A liberal society is supposed to offer citizens equal opportunities, but wealthy people with connections are often able to ensure that their children get privileges they haven’t earned. A society more equal in wealth and power would eliminate some of the worst effects of class hierarchies. But class differences are not simply a matter of differences of wealth or power, Appiah points out; they can also be based on education or profession, and they are marked by ways of behaving and speaking that distinguish those who regard themselves as upper class from those of “lower” orders. A more equal society would allow people with talent to rise to the top regardless of their background, but it would not prevent them from looking down on “losers.”

In an ideal society, identities based on race and class would not exist. Individuals would be valued for their unique qualities. People would not regard themselves as superior or special because of being Western, Asian or African. But Appiah has a more favourable view of identities based on religion and nation, though he argues that they too are infected by false assumptions. The most serious mistake made about religious identities is to assume that a religion is defined by articles of faith or the teachings of a religious text. A religion, Appiah points out, is also a practice, a community and a tradition, and people can belong to a religious group without agreeing on a doctrine. Those who insist that their texts are the word of God ignore the fact that what counts as their religious canon is the result of a selection. They ignore the fact that these texts are often ambiguous and are always subject to interpretation. “To be a scriptural adept,” writes Appiah, “is to know which passages to read into and which to read past.”

The idea of a nation as a group of people who believe that they share a common ancestry and care about this supposed commonality is another legacy of the nineteenth century. Appiah reminds us of the problems caused by national identities. The question of who belongs to the nation and who doesn’t can lead to conflict, exclusion and even genocide. Like many critics of nationalism, Appiah insists that nations are not natural social kinds. They are constructed — in some cases out of groups that have nothing much in common. He presents Singapore as a reasonably successful example of how a people can be made out of groups with different histories, cultures and languages. National identities, as Appiah points out, pose a serious challenge to liberal states. But he does not criticise people for having them. He is not among those who think that they should not exist.

There is a tension in Appiah’s position on religion and nation. He is a liberal philosopher, cosmopolitan in outlook and an adherent of the idea of individual autonomy promoted by John Stuart Mill. Mill thinks that the worst enemy of individual freedom is the social pressure to conform. Identities of religion and nation, as well as class, race and culture, exert this pressure and Appiah believes that they also encourage irrational and harmful beliefs. Why then should any of them be tolerated in a rational liberal world order?

Appiah’s answer comes out of his own background and experiences. His mother came from an English family that could trace itself back to the Normans. His father was Asante, a patriot who wanted to liberate Ghana from colonial rule. He grew up in Ghana but was educated in England, and as an intellectual he has no reason to be bound to any country of origin. But he values the identities that connect him with his ancestry. This is evident in his account of his participation in an Asante ceremony to honour his father’s memory — a practice, he says, that was embedded within a spirit of community and fellowship.

This points to one of the great attractions of Appiah’s book: the stories he tells about people like him who exist between identities. The most remarkable is Amo Afer, an African boy brought to Europe in the mid eighteenth century. His ducal patron gave him a good education and he went on to earn a doctorate in philosophy from the University of Wittenberg. After a distinguished career of writing and teaching, he returned to the Gold Coast village of his birth, where he acquired the reputation of a soothsayer.

These stories are the best expression of Appiah’s philosophy. They show that identities can have value but that they should not prevent individuals from adopting and adapting the ideas of others. They should be worn lightly and critically. •

Janna Thompson (1942–2022) was an Adjunct Professor of Philosophy at La Trobe University. Her long association with the university extended back to 1975, and she ultimately served as a professor from 2007 until her retirement in 2012. Her research focused on political and moral philosophy.

Fighting on all fronts

Changing world order: British home secretary Herbert Morrison in friendly conversation with John Curtin, with prime minister Winston Churchill looking on. Curtin was in London for a meeting of leaders of Commonwealth countries in May 1944. PNA Rota/Getty Images 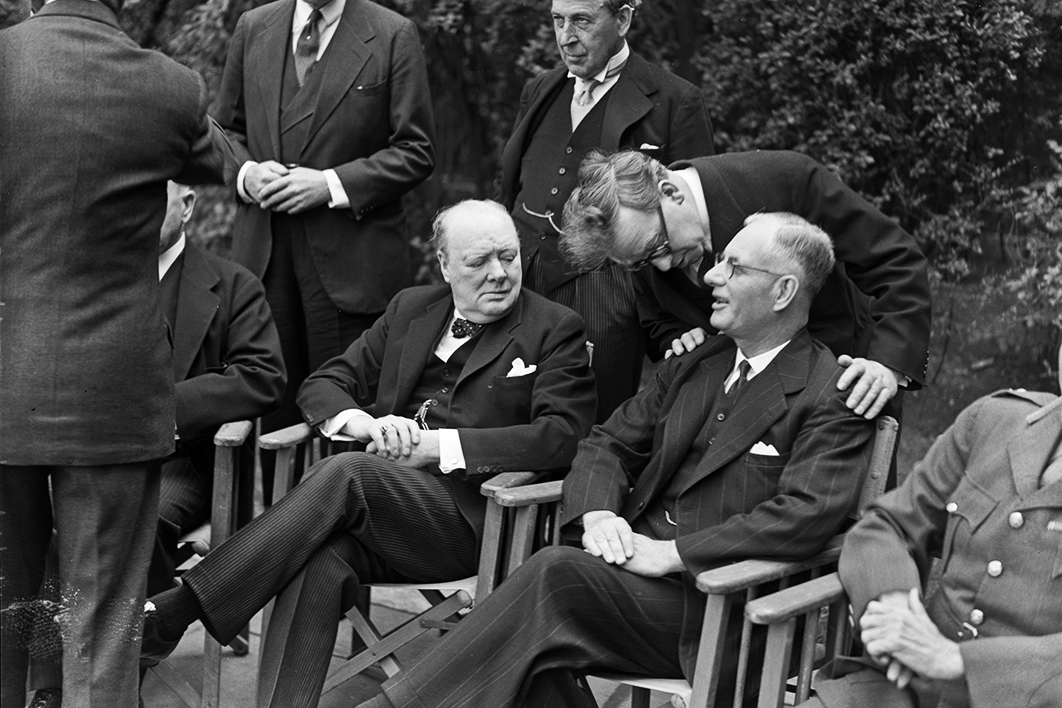 Changing world order: British home secretary Herbert Morrison in friendly conversation with John Curtin, with prime minister Winston Churchill looking on. Curtin was in London for a meeting of leaders of Commonwealth countries in May 1944. PNA Rota/Getty Images