Could Turnbull give a Gonski? 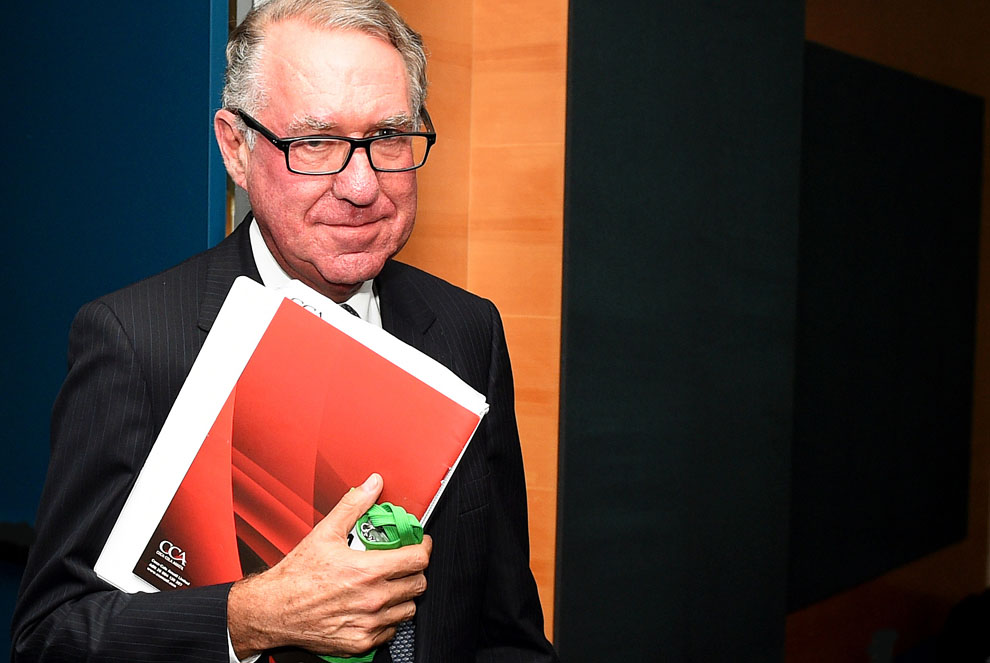 Until last week, Gonski’s last hope – and an increasingly promising one – was a Labor victory in 2016. Now, that hope has dimmed, but another has appeared. It would make political, ideological and policy sense for the Turnbull government and its new education minister, Simon Birmingham, to go back to Gonski.

The story so far. Gonski’s inquiry was commissioned in 2010 and reported in 2012. It tackled three major problems in schooling: the dysfunctional arrangements for funding three sectors in three different ways by two levels of government; the consequently chronic antagonism between sectors and interest groups; and the failure of funding policies to address growing problems in schooling, including social and cultural segregation, a widening gap between the best and worst schools, a “long tail” of students leaving school without even the bare minimum of skills, and stalled performance.

Gonski’s plan was elegant in its simplicity: state and federal governments would agree on how much each would contribute to the cost of schools, and on how the total would be distributed to school systems and thence to schools. Each school would be guaranteed a minimum per student amount (the “schooling resource standard,” or SRS), plus loadings reflecting the school’s size, location and demographics. The same formula would apply across all schools and sectors on the advice of a “national schools resourcing body.” The new scheme would be national, sector-blind and, above all, needs-based.

Gonski’s proposals were widely applauded as an educational, political and policy breakthrough. But there were problems in the plan too, most of them exacerbated by the bungled, drawn-out implementation process initiated by Julia Gillard and conducted by schools minister Peter Garrett.

The national school resourcing body was dropped early in the process. That meant that there was no agency to carry the extensive research needed (as Gonski foresaw) to settle key questions such as the level of the SRS, ways of measuring each of five categories of “need” (socioeconomic status, language background, indigeneity, disability and school size/location), the proportion of total funds to go to basic resourcing as against the loadings, how many schools should receive loadings, and how extra resources could be most cost-effectively used. Nor was there an accountability mechanism.

Critics on the right (and in cabinet, apparently) claimed that school funding increases over the decades had done little or nothing to improve outcomes, which meant that Gonski’s $6.5 billion increase on an annual spend of around $40 billion was a case of throwing good money after bad.

Since most needy schools were government-run, that sector was Gonski’s main beneficiary. Some supporters of non-government schools were suspicious or hostile, and Gonski became identified in many minds with public schools and the teacher organisations that did so much to bring the review into being. As well, Gonski was often seen as a kind of consolation for schools doing the hardest educational yards rather than, as intended, the price paid for schools to deliver improved performance.

All this was in addition to the handicap given to Gonski at the outset, the requirement that “no school will be worse off,” which greatly complicated the calculation of school entitlements and pushed up costs (accounting for up to half of the $6.5 billion by some estimates).

But the resistance that really mattered came from Coalition-governed states, which stood on their constitutional dignity and refused to enter an agreement that would tell them how much to spend on schools and how to spend it. They were aided and abetted by the Abbott opposition, which attacked the scheme at every opportunity right up to the eve of the 2013 election, when it abruptly switched to a Gonski “unity ticket.” That, in turn, was abandoned as soon as the new government took office.

The upshot was that some states had signed up before the election for Gonski and its conditions through to 2017, others were told by the incoming government that they could have the money without any strings attached, and all were informed that from then on things would revert to the unfair, educationally counter-productive and administratively chaotic arrangements that confronted Gonski back in 2010.

Meanwhile, other arms of the Abbott government commissioned reviews – the Commission of Audit, the Competition Policy Review, and the Reform of the Federation process – that either directly tackled school funding or made recommendations bearing on it. None had Gonski’s breadth, and none linked resource distribution and use with national goals for schooling such as social cohesion and equality of opportunity.

Ironically enough, though, they might be just the thing that would allow Turnbull to give a Gonski. Together, they suggest that the Gonski approach should rely less on a single, prescriptive formula and more on an agreed framework for local implementation. It would thus be made more workable, and more acceptable to Coalition governments at both state and federal levels.

What might such an agreed framework for schools funding look like? It would need to include at least four components:

A framework along those lines would address most of the problems in the original plan, and those arising from its stormy, aborted implementation.

No response to complex political and policy problems will be perfect, of course. In this case, there seems little prospect of removing the “no school worse off” provisions, for example. And there would be much devil in the detail of a devolved approach, including how much variation between jurisdictions should be permitted, and by whom. But that is detail. And after all, there’s not much to beat.

That’s the first reason why Turnbull should consider Gonski. The second is that – Abbott and Pyne rhetoric notwithstanding – there is nothing intrinsically Labor in Gonski. Indeed, its first and still most enthusiastic supporter is NSW education minister Adrian Piccoli, a National Party member in a government led by Liberal premiers. Piccoli is by no means a lone Coalition voice for Gonski, and has promised to lobby the new government in support.

The third reason might seem trivial to the point of irrelevance, but history sometimes turns on small things. Malcolm Turnbull and David Gonski are old friends. They went to school together (Sydney Grammar) and Turnbull recently launched Gonski’s book, I Gave a Gonski. They belong to very similar ideological and social worlds. What Gonski proposes is consistent with – and perhaps even essential to – the kind of forward-looking Australia Turnbull says he wants. It would be surprising if Gonski did not use his undoubted access to Turnbull to make out the case.

There are two further reasons why Turnbull might listen, both of them political.

Among the many areas in which the Abbott administration was gratuitously adversarial, and blatantly deceitful, was schools funding. It opposed Gonski, then supported it, then ditched it, the stance on each occasion dictated by party-political advantage seen in the shortest of terms. What better way for the new minister to distance himself from his predecessor, or for the new government to demonstrate that it is not the old one in drag, than to reverse the ill-judged and petty decision to dump Gonski?

Last, and perhaps the best reason of all from a Turnbull point of view: why go to the next election, less than a year away, with the electorally popular Gonski in Labor’s hands?

Labor still owns the Gonski brand, and despite its bungling of the implementation process, it deserves to. Gonski is, as shadow treasurer Chris Bowen has put it, “in our DNA.” But if Labor tries to run again on Plan A, vulnerable both states’ opposition and to sharp criticisms of design, it could find that it has handed one of its biggest political assets to its new opponent. •

Dean Ashenden was a senior adviser to the then-minister for education, Senator Susan Ryan, 1983–85, and has been a consultant to education agencies and authorities in all states and territories and at the national level.