Covid-19 and Virgin: another monopoly or another bailout? 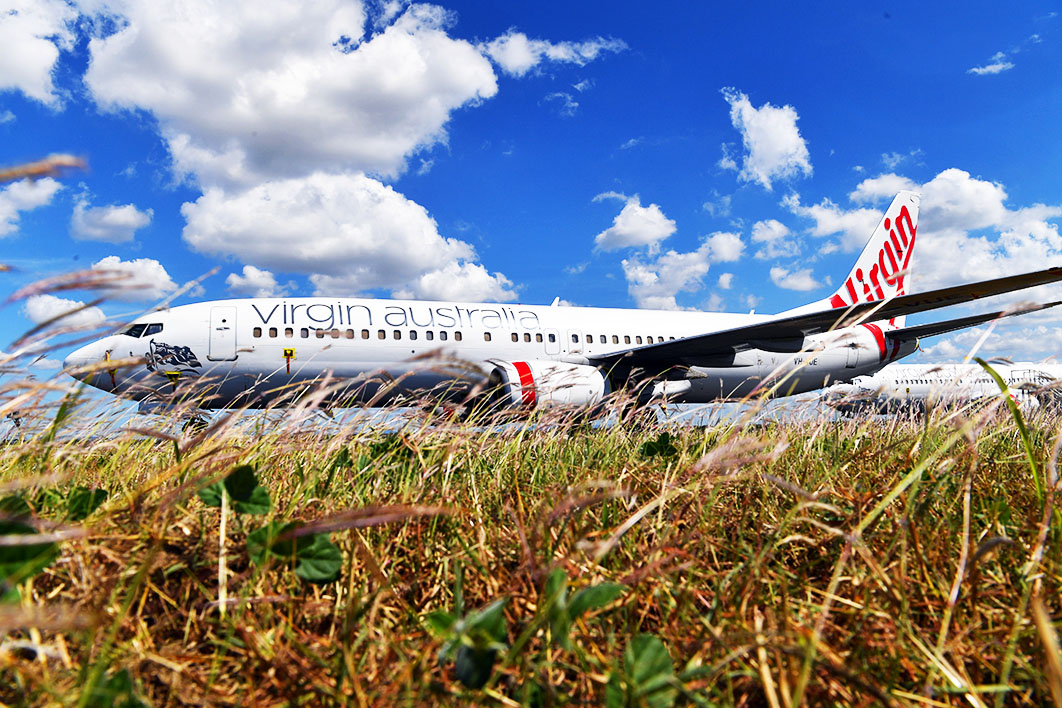 How many Australian industries can you name that aren’t dominated by just three or four big players? Not too many. We know that Australia’s concentrated markets have long been bad for the economy, and we know that Covid-19 threatens to make our markets even more concentrated than before. But does that mean bailouts are justified to preserve competition in key industries?

A market is considered to be concentrated if the four biggest firms control a third of the market or more. Using that measure, Andrew Leigh and I have shown that more than half of Australia’s markets are concentrated, some particularly so. In department stores, newspapers, banking, health insurance, supermarkets, domestic airlines, internet service providers, baby food and beer, the biggest four firms control more than 80 per cent of the market. Across the whole economy, the four biggest firms control an average of 36 per cent of the market (weighted by industry revenues), which is worse than in comparable countries.

Too little competition is a big problem. It has contributed to a 60 per cent increase in mark-ups for Australian consumers since the late nineties and it has been shown to worsen inequality, reduce wages, depress business investment, reduce productivity growth and suppress innovation and startups.

It is little wonder Australia has concentrated markets. The annual number of mergers and acquisitions has increased sixfold over the past thirty years while the rate at which the Australian economy creates new businesses that employ people has fallen by a third since the early 2000s. Arguing that Australia needs concentrated markets to compete internationally is like suggesting our athletes should be sheltered from competing at home so they do better in the Olympics. Athletes don’t work like that, and neither does the economy.

The last thing the Australian economy needs is even greater concentration. But that’s exactly what the Covid-19 pandemic is offering. The global financial crisis saw market concentration balloon in our banking sector through the merger of St George and Westpac. For Covid-19 the focus is on another one of Australia’s most concentrated markets: airlines. Qantas and Virgin account for 90 per cent of domestic aviation, which is worth a cool $13.6 billion to the economy each year. The next two biggest players account for just 2.1 and 1.2 per cent of the market, meaning a withdrawal of Virgin would see Qantas with a near monopoly over domestic air travel.

Does this mean Virgin should be bailed out? This question creates a predicament for economists, since the only thing we hate more than uncompetitive markets are subsidies. Subsidies distort markets, are highly inefficient, are difficult to reverse and linger for decades. They are often incredibly expensive and the money could almost always be better spent elsewhere. They can create dangerous precedents, with markets assuming the subsidised company is guaranteed by the government (like our “too big to fail” banks or our “too politically important to fail” agricultural businesses), which means these businesses receive preferential treatment in credit and financial markets. More importantly, subsidies undermine the process of “creative destruction” — the source of the productivity growth cherished by economists — which happens when tired old businesses collapse and their valuable economic resources are redeployed to the new, innovative firms that take their place.

Subsidies are difficult to justify in normal times. But is this still true in a crisis? It might make little sense to allow a once-in-a-lifetime emergency like Covid-19 to destroy an otherwise healthy business, particularly if the subsidy is a one-off. A well-run company will have buffers, but no economist would suggest they should be large enough to withstand a complete government-mandated shutdown of their business for an indefinite period. The costs to the economy from such inefficient self-insurance would be huge.

Whether a business should be bailed out will depend on a range of factors, but two stand out.

The first is the counterfactual: what would happen if the business didn’t receive government support? If it can support itself by tapping debt or equity markets or selling assets at a reasonable value then a bailout is unnecessary. Or if it would quickly be replaced by a new business — assuming what economists call “low barriers to entry” — or an existing business could expand to take its place, then, again, a bailout isn’t needed.

The second consideration is whether the bailout passes a cost–benefit analysis. The cost will depend on how much money the business needs, for how long it will need it, and what else that money could be used for. The benefit will depend on the extent of the social advantages of the business: how many people does it employ? Is it a vital and vigorous competitor? Is it systemically important to the rest of the economy?

How Virgin stacks up against these criteria is a question for experts in aviation and finance, but they show that many questions need to be answered before Scomo gets out the public’s chequebook. Is Virgin able to raise more cash from debt or equity markets to support itself? Is private equity an option? Can it consolidate assets or would it face fire-sale prices? Would a one-off bailout put Virgin back on track or was the company already in trouble? Would a bailout change the competitive dynamics of the market or simply restore them to their pre-Covid-19 position? And how feasible is it for a new airline to enter the market?

On the last of those points, it’s important to remember that airline competition is constrained in Australia by the federal government’s ban on international carriers servicing domestic routes. This highlights the irony of the situation we are in. The lack of competition in domestic aviation is of the government’s own making, and it means the government is under pressure to bail out airlines in times of trouble.

If the government is satisfied that a bailout is warranted, the next question is how to do it. Here, it faces a trade-off between simplicity and cost.

The simplest thing to do is to write a cheque to help Virgin through these difficult times. But this would be lost money for taxpayers. The most cost-effective thing would be for the government to buy equity in Virgin since, if the airline rebounds, taxpayers may actually profit. But this is also the most complex option. It would constitute a partial nationalisation of an airline and would raise thorny questions about fairness and competition. Would the government use its shareholder voting power to influence corporate decisions? Would the company receive favourable treatment given its partial government ownership? How and when would the government sell its shares?

A middle ground is debt. Providing a loan to Virgin would help the company without the loss to taxpayers. It would make it easier to strike the right balance between cost and complexity. The terms of the loan could be adjusted to make it more concessional or make it profit-contingent, or the government could provide guarantees to help the company access private loans. If it was deemed prudent, a loan could be written off at a later date.

Much of the public discussion about a possible Virgin bailout has been reactionary. There are still plenty of questions to be answered. Until we answer them, we are flying blind. •