With populists emerging badly from the pandemic, public opinion could be shifting in favour of good government 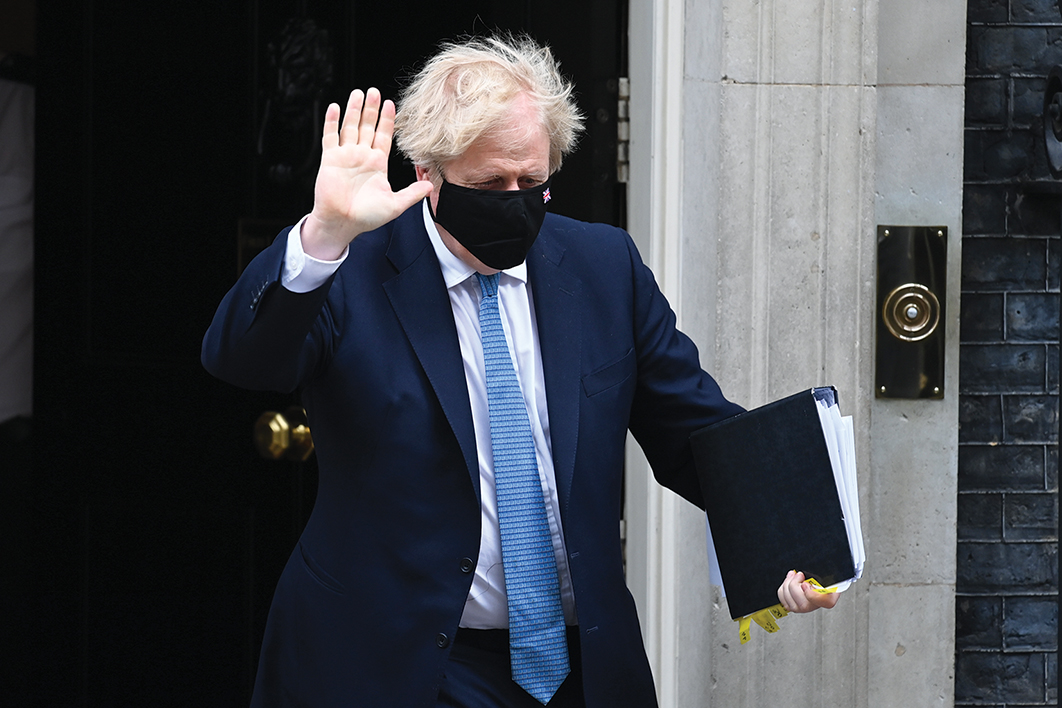 The Covid-19 pandemic has been a political Rorschach test onto which people have projected diagnoses and lessons that overwhelmingly match their deeply held views about politics. I’m no exception. For me, the lessons of the pandemic reflect views I held long before Covid-19: government matters; evidence and expertise matter; a well-functioning, effective bureaucracy matters.

The countries that ignored these principles were the ones that proved ill-equipped to respond to the enormous challenge of the pandemic. As the political scientist Ivan Krastev writes in this new book about the pandemic, just as Covid-19 is “particularly dangerous for those individuals with ‘pre-existing conditions,’” so too has it created more havoc in political systems already suffering from important dysfunctions.

Populism was a key ingredient. As the historian Michael Burleigh notes in another recent book, Populism: Before and After the Pandemic, on the eve of the pandemic populist parties were supported by roughly a quarter of Europeans, and populist parties formed part of one-in-three European governments (and held sole power in two, Hungary and Poland). Elsewhere, two populist-style leaders, Donald Trump and Boris Johnson, were reshaping their countries’ political agendas and conventions.

Most of them met the pandemic with “magical thinking, cowardly blame-shifting and a weirdly dazed immobility,” says Krastev. Their failure to respond effectively derived from a preference for loyalty over competence, their dislike of independent advice, and their inability to cope with, or even recognise, the complexity of government.

“Flashy stunts by men of action” needed to give way to “slow and laborious efforts by anonymous professionals,” says Krastev. The premium on evidence and careful investigation didn’t play to populists’ strengths.

Even before the pandemic, the evidence showed that populist politicians were more successful at mobilising resentment than ameliorating the grievances that fed their support. Steve Bannon, an architect of Trump’s election campaign, and Dominic Cummings, chief strategist of the Brexit campaign and of Johnson’s ascent to the prime ministership (described by former prime minister David Cameron as a “career psychopath”), were both gone within a year, unable to cope with the discipline of governing.

The one variety of populist sentiment that was almost certainly strengthened by the pandemic was opposition to globalisation. The first instinct in a pandemic, and the most basic response, is to shut borders and reduce physical mobility. In Australia and elsewhere, governments that did so were largely rewarded by public approval. (An exception may be the Australian government’s more recent decision to stop citizens returning home from India. Homing instincts seem strong during pandemics: Krastev says that more than 200,000 Bulgarians, including him and his family, returned to their home country after the outbreak.)

Yet in other ways the pandemic has highlighted the strengths of globalisation. As Krastev points out, the 1918–19 Spanish flu “was a global event but people did not remember it as one, because the idea of a common world had collapsed during the long years of war.” In 2020, by contrast, leaders in every country knew the pandemic was a global issue and the coordinated efforts of scientists around the world — with data and insights flowing across national borders — would be the key to success.

Although the immediate and urgent tasks facing government were the antithesis of populist priorities, such an unprecedented and threatening event was ripe for conspiracy theories: that the pandemic was a hoax; that the virus had been deliberately created by the Chinese. It didn’t take long for an experienced populist like France’s far-right Marine Le Pen to assimilate the new reality into familiar themes: as Michael Burleigh notes, she blamed a lab in Wuhan for engineering the virus and the mosques for spreading it.

The biggest controversies centred on lockdown as a means of containing the virus. Critics of lockdowns wanted to let the virus spread until herd immunity was achieved, ignoring the fact that herd immunity has never been achieved in the contemporary world without near-universal vaccination. The deaths associated with seeking pre-vaccine herd immunity would have been far too great to contemplate, electorally or on humanitarian grounds, in most democratic countries.

Although Australian governments never came close to adopting such a strategy, Wayne Errington and Peter van Onselen reveal in their new book, How Good Is Scott Morrison?, that Peter Dutton urged it in the privacy of the cabinet room, while Josh Frydenberg referred to Donald Trump’s “interesting experiment.”

The advocates of herd immunity seemed the antithesis of populist demagogues. They prided themselves on their tough-mindedness, and their willingness to contemplate unwelcome realities and to weigh costs and benefits without being squeamish. But they shared with populists a dogmatic style and a belief that government action is typically futile. Some seemed to think that any active government role would always be worse than the disease. (“No wonder many feel we are heading on a path more dangerous than a virus,” mused the Australian’s Janet Albrechtsen.) And they often seemed immune to counterevidence.

Such evidence was freely available by early this year. For most of last year, while its neighbours adopted lockdowns of various durations, Sweden followed a herd immunity strategy. It had by far the highest death rate in its neighbourhood — 1368 per million population compared with Denmark’s 425, Finland’s 163 and Norway’s 135.

And Sweden also did slightly worse economically. The absence of a lockdown strategy not only led to a much higher death toll but also had no compensating economic benefits.

The US administration’s response, meanwhile, lacked even the coherence of herd immunity. Donald Trump lurched between promising it was all about to end, promoting quack cures, blaming China, blame-shifting to the Democrats, and trying to ignore the problem. It is hard to remember a more dysfunctional response to a crisis by the leader of a major nation.

Not surprisingly, opinion surveys in the United States showed strong partisan differences. The best data came from polls conducted regularly by the Pew Research Center with very large samples of around 10,000 respondents. In its February 2021 survey, 30 per cent of respondents said they would not get a vaccination, down from a peak of 49 per cent the previous September. But the partisan divide had become larger: Democrats were twenty-seven percentage points more likely than Republicans (83 to 56 per cent) to say they had been, or planned to be, vaccinated.

A parallel trend was evident in views about the impact of science on society. The percentage of Democrats who think the impact of science on society has been mostly positive remained stable at around 78 per cent. Among Republicans the figure declined from 70 to 57 per cent. These figures reinforce the impression that the pandemic did little to reduce polarisation among Americans.

But other signs suggest the centre of political gravity might have moved somewhat. “Covid-19 has impelled people to reassess the role of government in their lives,” declares Krastev, perhaps too optimistically. The dominant sentiment in Western democracies in recent decades has been towards smaller government. It was best expressed by the great simplifier, Ronald Reagan: “Government is not the solution to our problem, government is the problem.”

The evidence in support of Krastev’s proposition is slight but suggestive. Gallup has been asking Americans since 1992 whether they agree with people who think the government “is trying to do too many things that should be left to individuals and businesses” or with those who think government “should do more to solve our country’s problems.” On only two occasions have more respondents held the second position: after the 9/11 attacks and in August 2020. Under-thirty-fives hold the second view two to one.

Another sign of change, although it is not clear how long it will last, emerges when people are asked about their trust in government. Krastev thinks that a society’s trust in government was crucial to how well their containment strategies worked. “China, Singapore, and South Korea have quite different political regimes,” he writes, but “all three are in the top ten countries in the world when it comes to public trust in government.” In authoritarian Iran and democratic Italy, on the other hand, “the public’s low trust in their institutions has made the introduction of social distancing more problematic.”

In Australia, the Scanlon Foundation’s 2009 Mapping Social Cohesion report found that almost half of respondents trusted the federal government to do the right thing most of the time or almost always. Over the next several years the figure was just under a third, but in November 2020 it leapt to 54 per cent.

Faced with an urgent problem, many people suspended their usual distaste for politics. But will this lead to lasting change?

The short answer to the question posed in Ivan Krastev’s title, Is It Tomorrow Yet?, is no. Ever since the pandemic started spreading exponentially in early 2020, people have been looking forward to its end. It is still too early to forecast when and how the world will move on. The tragedy in India is a reminder of how contagious and adaptive the virus is, and the suddenness of its onset is a warning against assuming no more shocks are still to come.

The pandemic may have changed attitudes to government, may have increased respect for expertise, and may lead to more constructive political debate. Then again, many of the reasons usually given for the rise of populism — the rapidity of change, the insecurities of globalism, provincial resentments against major metropolises, hostility to out-groups, the hypocrisies of elites — are very likely to continue. The pandemic hit a body politic that was struggling with deep problems and intractable conflicts. Its toll is a sharp reminder that flawed political processes have real-world consequences. •

Rodney Tiffen is Emeritus Professor of Politics at the University of Sydney.