At odds with orthodoxy: Cynthia Nixon and Jennifer Ehle in A Quiet Passion. 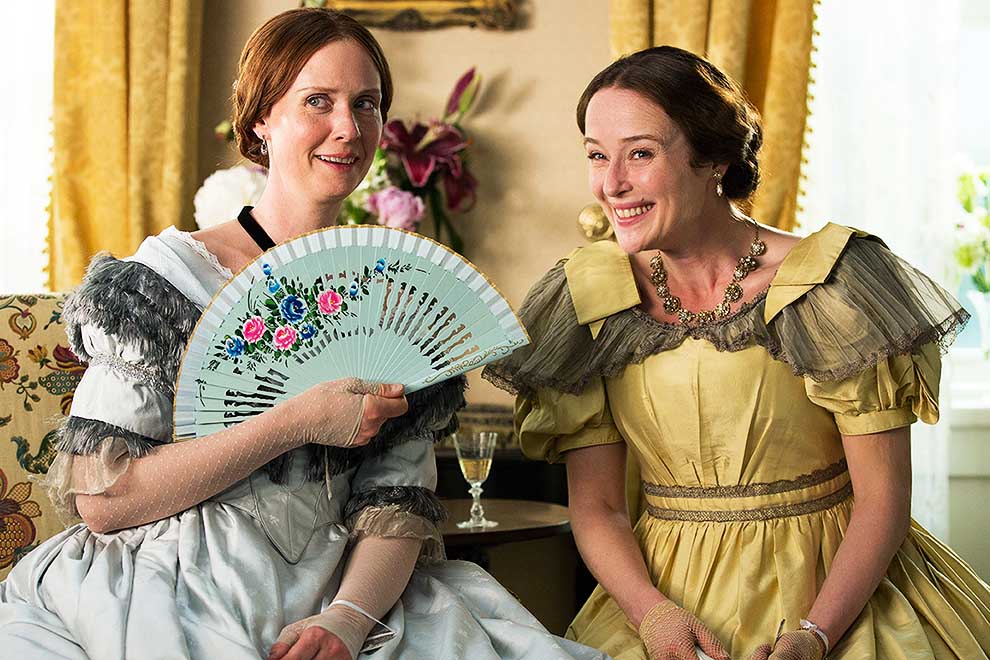 At odds with orthodoxy: Cynthia Nixon and Jennifer Ehle in A Quiet Passion.

When I reviewed Sunset Song in Australian Book Review recently, I lamented the fact that its director, Terence Davies, always seems to keep us waiting several years for his next film. He’d made just twelve films in forty years, several of them – like Distant Voices, Still Lives or The House of Mirth – undisputed masterworks. Well, now he surprises us by releasing two films (in Australia, anyway) within months of each other. I rather recklessly nominated Sunset Song as my film of the year; now this position is challenged by his latest triumph, A Quiet Passion, seen here at the recent British Film Festival and due for general release on Boxing Day.

Davies has never been a director to cater to the commercially popular; and he’s never shied clear of an austere ending. Equally, though, because of the quality of his understanding of often difficult lives and his mastery of the screen techniques necessary to give us a full sense of these lives, he is never merely depressing. And this is entirely the case with A Quiet Passion. There is also, surely, a sense of daring in making a sort of biopic of the nineteenth-century American poet Emily Dickinson. Great though she was, she’s hardly the material of which multiplex successes are made. Think of her famous poem, “Because I could not stop for death/ He kindly stopped for me/ The carriage held but just ourselves/ And Immortality,” of which the film makes the most poignant use.

Dickinson is first seen standing alone at a sort of passing-out parade at a seminary for young women, having declined to join those girls “hoping to be saved.” She is rebuked for “being alone in your rebellion,” and is taken home by her family suffering from “an acute case of evangelism.” The film cuts from here to a theatre where, with her family, she watches a singer (the famous Jenny Lind) on stage, which causes her father to remark, “I do not like to see a woman on the stage.” A little later, her mother observes, “Hymns have nothing to do with music.” From the outset, then, we see Emily at odds with the orthodoxy of her time on such crucial matters as the spiritual life and gender inequality.

And part of the richness and structural beauty of this film is its blending of the personal and the more pervasively social. During Dickinson’s life (1830–66) the issue of slavery came to a head with the American civil war, which intrudes into her family life when her brother Austin wants to be drafted but his father forbids him to go. Davies cuts from the domesticity of the Dickinsons’ Amherst home to Gettysburg, and a montage of flags and death.

Emily’s own disruption of the domestic scene is her wish, and determination, to write far into the night by a lighted lamp. Other irruptions into the family scene include the arrival of Austin’s wife Susan, who has a very tentative attitude to sexuality.

What emerges is one of the most memorable biopics I’ve ever seen. Davies makes no attempt to eulogise Emily. She is depicted as a woman whose vocation as a poet has not always brought happiness but is so crucial to her being that nothing else can make comparable claims on her. What emerges in Cynthia Nixon’s performance is a wholly recognisable human being: never a conventionally realised spinster type nor a flamboyantly conceived artistic one. She is daughter, sister and friend as well as obsessive poet (she is said to have written about 1800 poems), and part of the film’s richness is in the way she interacts with these others who people her life.

Davies’s filming technique – chaste, utterly devoid of flashiness – is a wonder to behold. Often there is a sense of portraiture in the way a character is presented, the camera staying still to allow the subject’s thoughts to emerge, and then engaging in a quiet panning shot that will take in the others in the scene and register their reactions. We get to know faces – and then to understand what is going on behind them.

Davies provides no musical soundtrack apart from what emerges from a source we can see, as when “The Last Rose of Summer” accompanies a funeral procession in the rain. And there is wit in the writing (Davies is his own screenwriter), as when someone says, “Never play happy music at a wedding. It’s too misleading,” or when Emily, surrounded by her more conventionally attractive sister, sister-in-law and friend, says, “I am the kangaroo among beauties,” or accuses her adulterous brother of “poetic licentiousness.” And the acting is beyond praise, especially Nixon’s as Emily, and Keith Carradine’s as her austere father.

But enough. Miss it at your peril; the loss will be yours. •

Brian McFarlane is an Adjunct Professor at the Swinburne Institute for Social Research. His latest book is Twenty British Films: A Guided Tour.

The fabrication of Aboriginal voting 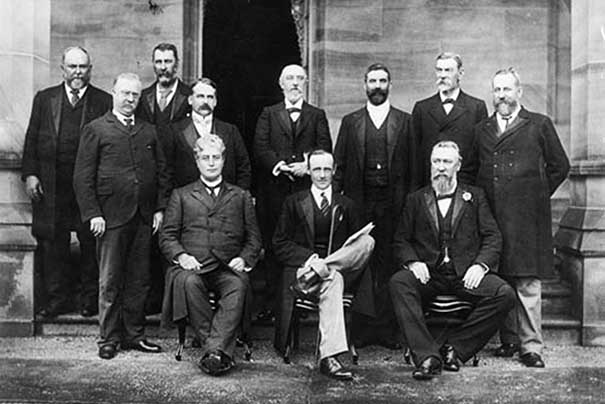