Despite the politics, good news on climate 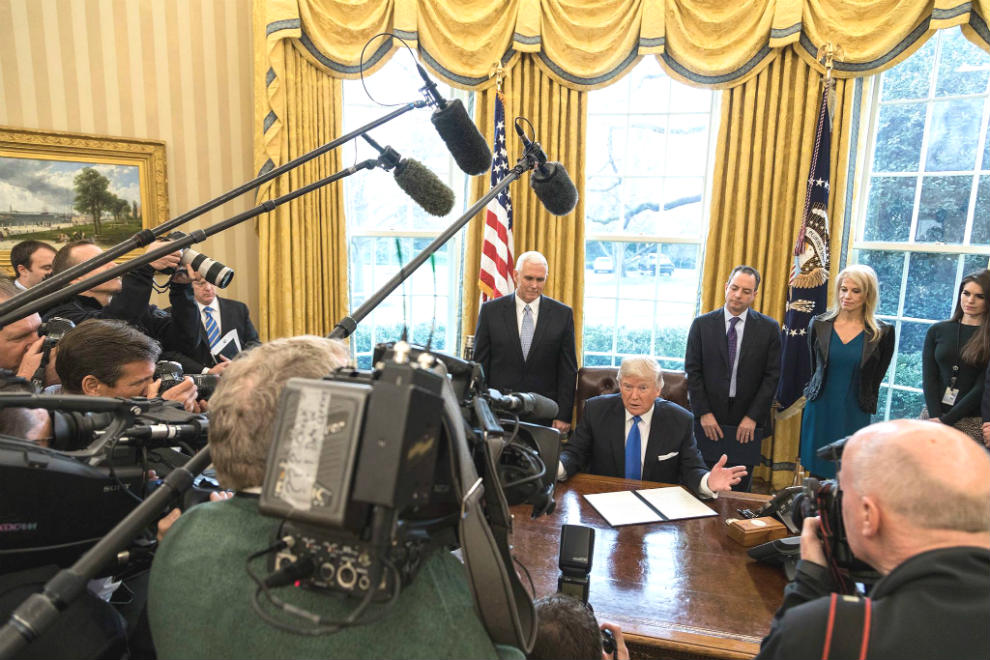 Anyone following the news on climate policy might well incline to despair. Not only is the Turnbull government continuing to promote the idea that coal is the energy source of the future as well as the past, but many of its backbenchers also think that the best alternative is nuclear power.

Of course, in the grand scheme of things, what Australia does or doesn’t do counts for little. That’s not a justification for doing nothing or doing the wrong thing – with a couple of exceptions, no single country counts for much. The biggest exception to this rule is the United States, of course, followed by China and India. So the real concern is that the Trump administration is adopting a similarly retrograde position.

The good news is that it’s almost certainly too late for Trump and Turnbull to derail the progress that’s being made towards a decarbonised and sustainable global economy. They are engaged in gesture politics designed to appeal to culture warriors on the right, not a serious strategy to revive coal and nuclear power.

The case of nuclear power is the clearest. The only hope for nuclear power is the adoption of a single low-cost design that can be built in large numbers, thereby achieving economies of scale. France managed this in the 1970s, but no one (including France) has managed to repeat the trick.

Until quite recently, it seemed that the best hope for a modern, safe “Generation III+” design was the Westinghouse AP1000. But over the past couple of months, it’s become apparent that the AP1000 is dead in the water.

Toshiba, which bought Westinghouse largely for its nuclear power division, is writing off billions of dollars, and seems unlikely to stay in the nuclear business after the remaining projects (all overdue and overtime) are completed. The other candidates in developed countries, including the EPR and CANDU reactors, are in an even worse state.

So the nuclear faithful have turned their attention elsewhere and found a project that is on time and possibly even on budget. It’s being built in the United Arab Emirates by Korean company KEPCO, and consists of four plants using KEPCO’s APR-1400 design. That’s been the basis for some new optimism.

A quick look at Wikipedia’s APR-1400 article suggests this optimism may be misplaced. This is Gen III design, dating back to the 1990s, hasn’t yet been certified as safe in the United States, and may not be. While the UAE project appears to have gone well, projects in South Korea have been subject to delays and cost overruns. The UAE deal was signed in 2009; there hasn’t been another export deal since then. And although more plants were planned for South Korea, they appear to have been shelved. There hasn’t been a new APR-1400 plant started there since 2013.

Programs in China and India are also faltering. It seems highly unlikely that China will achieve its official target of 58 gigawatts of nuclear power by 2020, and India’s flagship program, a fast-breeder reactor at Kalpakkam originally planned for 2010, has been delayed again and again.

In summary, it’s highly unlikely that the construction of new nuclear reactors will keep pace with the retirement of old ones, let alone make a significant contribution to replacing fossil fuels. About the best hope is that Japan might restart some of the reactors closed since Fukushima.

In relation to coal, we see the same yawning gap between global reality and the rhetoric of Australian and American politicians. Large-scale cancellations in China and elsewhere have greatly reduced the number of proposed coal-fired power plants, and global coal consumption has already peaked. Yet Turnbull and Trump continue to hold out the false hope that jobs in coal can be preserved indefinitely, and even that jobs already lost can be restored.

Turnbull’s claims have been boosted, at least for the moment, by the Adani Group’s proposal to build a huge Carmichael coalmine in the Galilee Basin, along with a rail line connecting the mine (and other proposed mines) to the Abbot Point coal terminal.

Back in December last year, CEO Gautam Adani came to Queensland and gave a very positive view of the proposed Carmichael mine. Things went pretty quiet for a while after that, though it appeared that a final announcement on the project would be made in April. Now, premier Annastacia Palaszczuk and a number of lesser dignitaries have been to India and brought back the news that the project will shortly be approved by the Adani board, at least if Mr Adani has his way, which seems guaranteed.

That came as a surprise to those of us who have long argued that the project is hopelessly uneconomic, even on the optimistic view that the current uptick in the coal price will be sustained. But it turns out that there’s an asterisk. The approval will be subject to finance.

Anyone who’s ever sold a house knows that this means nothing is guaranteed. In Adani’s case, the initial stages of the project will need $2.5 billion in bank finance, as well as a concessional loan of up to $1 billion from the federal government’s Northern Australia slush fund. You might think that at least the second of these is a safe bet. But Aurizon (the former Queensland Rail) has come up with a competing proposal that doesn’t have the problems associated with Adani’s opaque (to put it mildly) financial structure.

The real problem, though, is with the banks. Of the big Australian banks, Westpac is the only one not to have ruled itself out. But it will presumably want only a small share of the risk, as part of an international consortium, and there are no obvious candidates. Moreover, given the combination of reputational and project risk associated with a massive coalmine at a time when coal is clearly on the way out, any sane lender would demand a hefty rate of interest and lots of security. It’s hard to see Adani coming up with either.

So, it seems likely that Adani is still playing for time. We’ll probably see a very big announcement with a very small asterisk. Crunch time won’t come until June, when they need to come up with real money.

Why would Gautam Adani do this? One possibility is that he has pursued the process in the hope that governments or courts will block it, raising the prospect of a compensation claim. If so, he looks to be out of luck. Whether feigned or real, the public enthusiasm of the Queensland Labor government, along with that of Turnbull and the Coalition, will make it very hard to find a political scapegoat.

Another possibility is that the project is being kept alive to avoid the need to write off the mine, which is currently valued in Adani’s books at nearly $1 billion. A write-off might lead, in turn, to a credit downgrade or even a breach of debt covenants, though the opacity of Adani’s structure makes it impossible to tell for sure. Regardless, most of Adani’s attention is now focused on renewables, where the prospects look a lot brighter.

In making that shift, Adani is emulating the world as a whole. The rise of renewable energy has not only transformed future prospects but is already having a major impact. For the third year in a row, global carbon dioxide emissions from the energy sector have remained nearly stable, despite continued economic growth.

A lot more needs to happen, but with the cost of renewables steadily falling and awareness of the health and climate costs spreading, there’s every reason to hope that the decarbonisation of electricity supply will happen more rapidly than anyone expected. After that, the big challenge is to electrify transport. The technology is there, so this is mostly a matter of renewed political will.

Meanwhile, Trump’s failure on Obamacare suggests he will have a much tougher time reversing Obama’s climate policies than he expected; the same has been true for Abbott and Turnbull in Australia. Despite the policy shifts, coal-fired power plants keep closing and there is no likelihood of new ones.

The only contribution made by the prime minister and his predecessor has been to create enough uncertainty to choke investment in renewables, thereby reducing the security and coherence of an electricity supply system already in a mess thanks to two decades of misconceived market reforms. Turnbull’s Snowy Hydro proposal, even if it’s only a thought bubble, totally undercuts the free-market and anti-renewables line he and his government have been pushing ever since he capitulated to the denialists to get the top job.

In a few years’ time, Donald Trump and Malcolm Turnbull will almost certainly be consigned to history. They will be remembered for their efforts to destroy the global climate in the service of culture war politics. More importantly, it seems likely that those efforts will be remembered as a failure in a world that has left fossil fuels and nuclear power behind. • 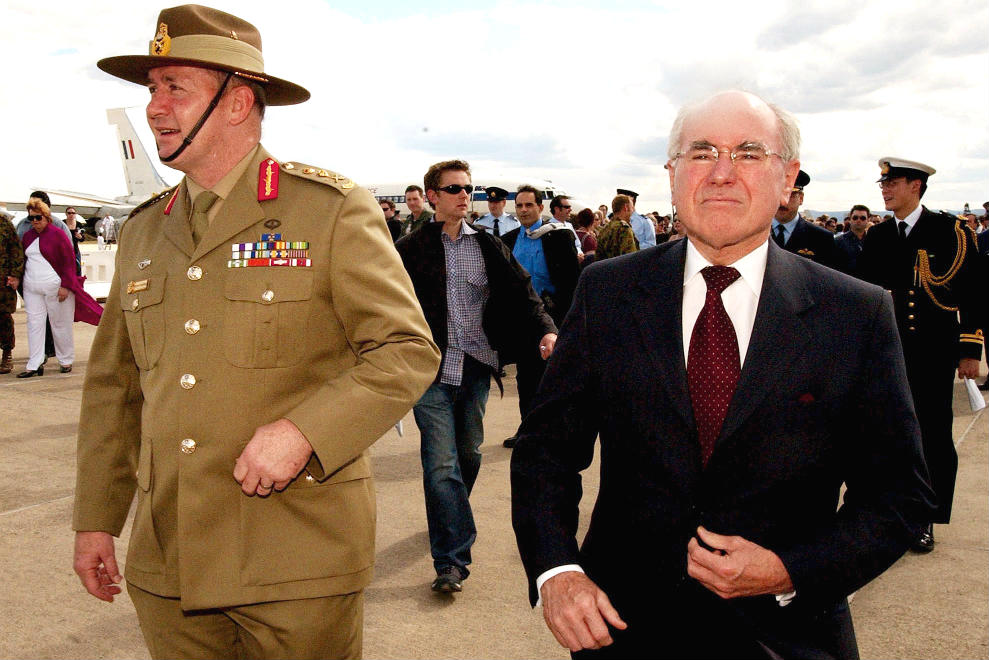