Kangaroo may be the first truly modern novel written in Australia 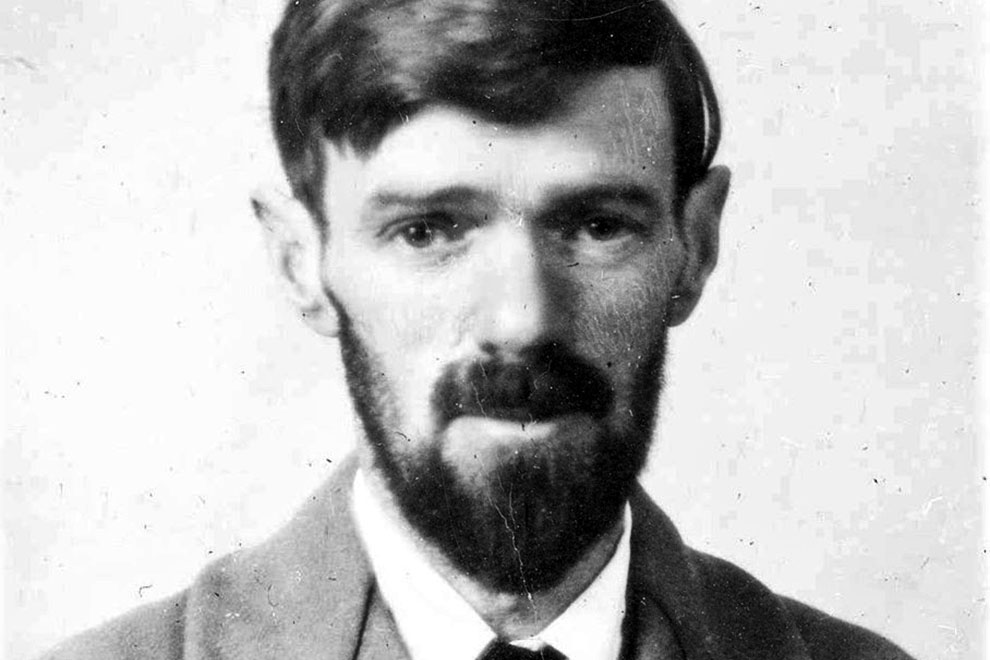 Early in May 1922, D.H. Lawrence and his wife Frieda arrived in Fremantle by ship from Ceylon. They stayed there for two weeks before embarking for Sydney. By June they were renting a house south of Sydney at Thirroul, but in August they set off again, this time for America by way of New Zealand.

Despite the brevity of their stay in Australia, the Lawrences were no mere tourists. While at Thirroul, Lawrence managed to write all but the last chapter of a novel, Kangaroo, which has impressed and annoyed Australian readers ever since its publication in 1923. He depicted Australians as hollow, modern people, living in a society so democratic that it denied all superiority and depth of intellect and feeling. Australia’s very modernity exemplified the degenerate nature of industrial society.

These criticisms of Australians have become familiar, but the perceptiveness and idiosyncrasy of Lawrence’s analysis has made some readers all the more defensive. J.I.M. Stewart, professor of literature at Adelaide University, compounded the matter in 1940 when he famously declared that Kangaroo was the only work of Australian literature worth serious attention. This insult to our literary pride was hardly Lawrence’s fault, but it contributed to the residual hostility to his novel. It is, as David Game suggests in D.H. Lawrence’s Australia, one of Lawrence’s least-read works, rarely taught in Australian universities.

Part of the Australian resistance to the novel may lie in the perception that it is the work of a day tripper whose knowledge of Australia came from a few months at Thirroul reading the Bulletin. International readers of Lawrence’s fiction, on the other hand, may see Australia as little more than an odd detour. Game argues, on the contrary, that the Australian experience, and its emergence in Lawrence’s writing, was integral to the way the author understood the world. He suggests that Lawrence’s close friendships with the writers Katherine Mansfield and Eleanor Farjeon (whose father, Benjamin Farjeon, tried his luck on the Victorian goldfields and wrote several novels about it) stimulated his interest in the possibilities of Australia as a new and uncorrupted Britain.

Game traces every reference to Australia across the whole of Lawrence’s oeuvre, finding references as early as in his novels The Lost Girl (1920) and Aaron’s Rod (1922). He goes so far as to propose an Australian period in Lawrence’s life and work, dating from March 1920, when he began The Lost Girl, to September 1924, when he finished St Mawr (1925). He lists Lawrence’s poem, “Kangaroo,” and the unfinished Mr Noon as part of this group of works. It is worth remembering that Lawrence died less than eight years after he left Australia, at forty-four years of age.

Lawrence prepared for his trip to Australia by reading a range of Australian writers, including fiction by Rolf Boldrewood, Barbara Baynton and E.L. Grant Watson. Indeed, Suzanne Falkiner’s biography of Grant Watson (The Imago: E.L. Grant Watson and Australia, 2011) complements Game’s account of British interest in Australian anthropology and the possibilities for Australian society in a post-Darwinian world. Lawrence read Watson’s novel Where Bonds Are Loosed (1914) and Game notes its influence on Lawrence’s rewriting of Mollie Skinner’s manuscript as The Boy in the Bush (1924).

In the years before his Australian experiment, Game explains, Lawrence was deeply immersed in the current literature of “degeneration.” He read a range of post-Darwinian arguments about the decline of the West and anthropological speculations by James Frazer and Herbert Spencer. He picked up bits of information about the Australian Aboriginal people that excited his interest. He rejected most of the Social Darwinist and eugenic theories of the time, pursuing his own sometimes contradictory theories.

But Lawrence’s experiences during the first world war – the basis for the nightmare chapter of Kangaroo – might have contributed more than his reading to this interest in the possibilities of a new world. Despairing for the future of Britain, he dreamt of a utopia he called Rananim and, it seems, briefly considered Australia as the place for it. But he was quickly disillusioned by the society he found in and around Sydney. When he revised Kangaroo in New Mexico, he added a new final chapter expressing his “deep disappointment.”

While the novels written before the trip to Australia consistently depict Australians in a favourable light, those published after Kangaroo reflect the disillusion Lawrence suffered as a result of his experience of the place. In The Lost Girl the character offering the prospect of renewed life is an Australian, possibly Aboriginal, doctor; in Aaron’s Rod the Australian character, Francis Dekker, represents “a new and vital version of English man.” But in St Mawr the expatriate Australian characters are obsessed with material possessions and modernity.

Game takes on many of the standard criticisms of Kangaroo and The Boy in the Bush, arguing that it is Lawrence’s rejection of any political solution in Kangaroo that matters, not its accuracy as an account of Australian politics at the time. The concern about the models for the character “Kangaroo” and other activists are diversions from the novel’s real interest. The frequent criticisms of Lawrence’s depiction of women and his sense of racial superiority are countered by Game’s assertion that Lawrence did not subscribe to establishment attitudes to sex or race – rather, he was critical of them, and his fiction allowed him to grapple with the complexity of sexual and racial beliefs. Rather than asserting an ideological position, Lawrence used fiction to explore possibilities and their limits.

As Game argues, Lawrence is not only a philosophical novelist; he is also a writer of emotional honesty and sensitivity. The speed with which he wrote Kangaroo explains its wonderful sense of immediacy and its freedom from any deference to genre conventions, particularly Australian ones. It may indeed be the first truly modern novel written in Australia, in the sense that it addresses Australia’s industrial society in the years immediately after the first world war. Christina Stead’s Seven Poor Men of Sydney (1934) springs to mind as coming nearest to Lawrence’s close observation of the urban lives of Australians. Kangaroo’s great strength is its refusal to romanticise Australian life, especially that of the working man.

Lawrence’s generous correspondence with his friends, quoted here, reinforces the sense of the openness of his inquiries into Australian life, or the problems of marriage, or the possibilities of communal living. Though he may have been disappointed in Australian society, he continued to help and like Australians, maintaining contact with Mollie Skinner and trying to help her with later publication, and getting to know Australian-born writers P.R. Stephensen and Jack Lindsay in England. David Game’s book diligently musters every bit of evidence of Lawrence’s interest in Australia, and discusses his Australian books with sympathy and perception. He makes a convincing argument for rereading Kangaroo and The Boy in the Bush in the light of Lawrence’s ideas about the degeneration of industrial society, and in the context of his whole life and work.

Perhaps it is time we forgave Lawrence for his criticisms of the Australian way and celebrated the extraordinary events that left us with his acute and still pertinent observations about our society. •

The beard of the prophet
Tom Fitzgerald visits Thirroul and the man who remembers D.H. Lawrence

The beard of the prophet

A visit to Thirroul and the man who remembers D.H. Lawrence

D.H. Lawrence (left) and Frieda Lawrence (third from left) with three British migrants they had met on the voyage out, (from left) Laura Forrester, Mrs Marchbanks and Mr Marchbanks, at “Wyewurk” in Thirroul, New South Wales, in 1922, photographed by Mr A.D. Forrester. 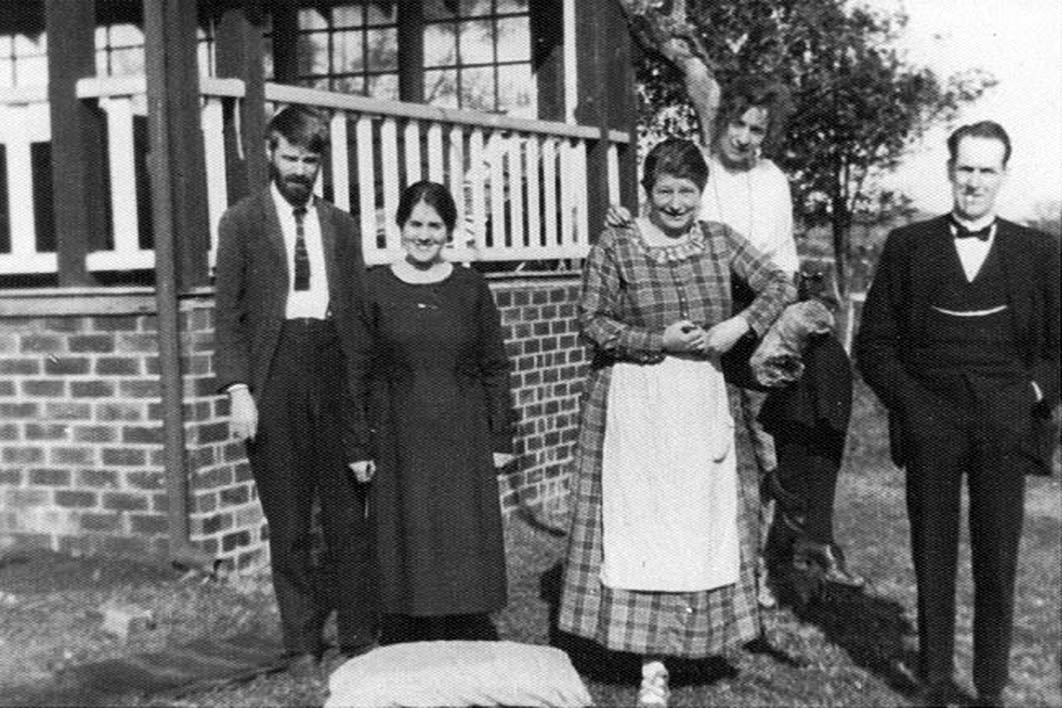 D.H. Lawrence (left) and Frieda Lawrence (third from left) with three British migrants they had met on the voyage out, (from left) Laura Forrester, Mrs Marchbanks and Mr Marchbanks, at “Wyewurk” in Thirroul, New South Wales, in 1922, photographed by Mr A.D. Forrester.