Using the growth of indebtedness as a way of explaining financial crises oversimplifies the modern economy, writes John Edwards 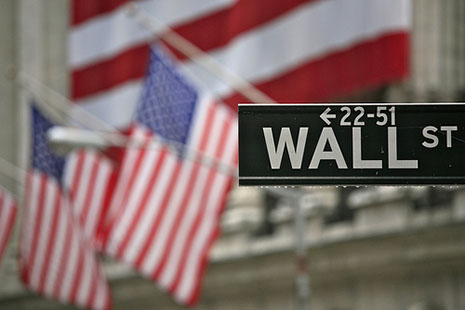 WRITING with the sweep, verve and assurance of a senior financial journalist for the Financial Times and the Economist, Phillip Coggan re-examines the pressing financial issues in the global economy through what he sees as the eternal struggle between the interests of lenders and of borrowers. Lenders like a stable value for money, fixed exchange rates, and tough laws on debt delinquency. Debtors prefer inflation, depreciation of the currency they have borrowed in, and gentler laws on debt. Since the legacy of the global financial crisis includes big government debts, global politics may be far more influenced in future by this great divide between the interests of borrowers and the interests of lenders. It’s a perspective that lends itself to a summary history of debt and money and its uses, which is what most of the book is about. But as an analytic technique for understanding the global financial crisis of 2008 and 2009, or today’s crisis in the eurozone, I am not at all sure that Coggan’s approach is much help.

One problem is that, as he acknowledges, money and debt are not the same thing. The existence of debt long preceded the existence of money. Debts can be contracted equally well using cows or camels, a commodity money like gold coins or a state-mandated money like Australian dollars. Banks facilitate the creation of debt by lending and borrowing, but they could do and have done so using either form of money. The history of money accordingly does not tell us a lot about contemporary financial crises.

Another problem is Coggan’s focus on debt among the set of financial claims. Every debt is an asset to the lender, so one might say that in creating debts we create an exactly equivalent amount of financial assets. Except in the case of governments, debt is mostly (though certainly not always) secured directly or indirectly against some physical asset – a home, a factory, the assets of a corporation – or against an income stream that arises from an asset. Accordingly, we would expect the volume of debt to increase with the value of underlying assets. Over time the value of these assets will likely rise faster than output, in line with increase in capital to output (or the decline in capital productivity). As a result we might well see debt rising faster than GDP, even without the influence of financial intermediation. A banking system can increase the amount of debt compared to the size of the economy by more efficiently matching savers and lenders. So, too, the more complicated a financial system becomes, the greater the range of debt products it will create and sell.

For all these reasons we would expect to see debt (and for that matter financial claims that take the form of equity, such as shares) expanding faster than GDP for prolonged periods. An increase in the share of GDP taken by financial assets in the form of debt claims is not of itself evidence of a problem – though Coggan seems to suggest it is.

Coggan argues that not all of the debt accumulated in the last twenty years is likely to be repaid. This is incontestably true. It was evident in the global financial crisis when lots of businesses – big and small, financial and non-financial – went bust. It extends to governments. Iceland refused to accept full liability for the debts of its banks; Greece has in practice defaulted on a large share of its debt; Italy and Spain may have to restructure their sovereign debt at some point. For years to come, the politics of Europe, the United States and Japan will be complicated and soured by the need to service very high government debt. But it is hardly a new development.

If we are seeking explanations of the global financial crisis, however, it does not get us very far merely to say debt was too high. In the United States, the debt of financial businesses was high compared to their assets. But this was not true of non-financial businesses. Household debt was high, though most of the increase was related to the acquisition of homes, a long-lived asset that is appropriately funded by debt. The problem in the United States was not the existence of debt but the existence of particular financial instruments that became impossible to value – and therefore impossible to sell – when confidence in them eroded. The problem was compounded by the practices of major investment banks, which funded themselves in overnight markets and used some of the money to buy the very bundles of home mortgages (or derivatives based on them) that became untradeable. The financial crisis in a few large investment banks was then propagated in the usual way as banks became wary of dealing with other banks.

The real and paper losses resulting from the global financial crisis were and are immense, but recovery is evident. US household debt has steadied compared to GDP and, with lower interest rates, household debt service ratios have declined. The US government is stuck with net debt that will reach 100 per cent of GDP this year, but there is a pretty good chance that with continuing low interest rates, nominal GDP growth of 3 to 4 per cent and a continuing decline in deficits, the ratio of US debt to GDP will stabilise in two or three years. Meanwhile, the private US economy continues to slowly deleverage. Remarkably, much of the money the US government was compelled to spend to buy distressed financial assets and prevent wider calamities has already been repaid.

It would have been vastly better to have decent regulation and continuous oversight in the first place so that the frequency and size of financial crises were mitigated, but modern economies have a surprising capacity to deal with financial catastrophe. All of which means that I’m not convinced of Coggan’s conclusion that the collision of interests between lenders and borrowers will be the driving force in the global economy for decades to come. •

John Edwards is a Visiting Fellow at the Lowy Institute and a member of the Board of the Reserve Bank of Australia.