Does transparency have its limits? 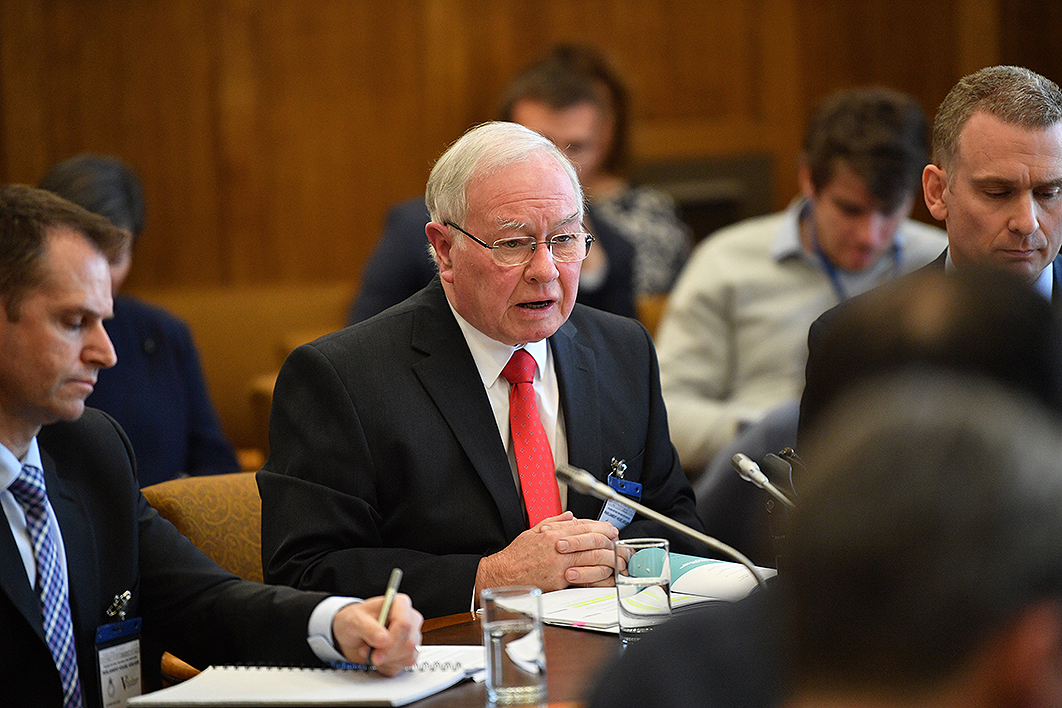 South Australia’s first Liberal government in sixteen years has set to work, with major reforms to the state’s Independent Commissioner Against Corruption among its priorities. Unlike other ICACs, the state’s anti-corruption watchdog has been required to operate almost exclusively behind the scenes, but that constraint will be partially relaxed once proposed legislation is passed by parliament.

The ICAC commissioner, Bruce Lander QC, has repeatedly asked for the right to conduct some of his hearings in public. He isn’t seeking to use that power in cases of corruption in the strict sense — where it involves suspected criminal offences — but he does want the discretion to convene public hearings when serious misconduct or maladministration is at issue.

The timing of the commissioner’s latest request was fortuitous. It came in his much-awaited report on the Oakden institutional care facility, which revealed shameful treatment of aged and mentally ill people under previous governments. Nationally, the royal commission into institutional child sexual abuse had recently completed its work  and the royal commission into the financial services sector had begun to expose deep-seated transgressions with wide consequences. With ICACs and royal commissions attracting broad and generally positive coverage, the commissioner’s request no doubt fell on sympathetic ears.

Neither anti-corruption commissions nor royal commissions have unblemished public records, of course, but they are generally considered to be highly effective instruments of accountability. When they are seen to be performing well, proposals to expand their powers are likely to gain extra traction. But an unqualified belief in their virtue is not necessarily a good starting point for adding to powers that can achieve laudable objectives yet also cause unnecessary harm, including to the innocent.

As inquisitorial processes, ICACs and royal commissions are subject to many of the same legal standards, and their key figures are often drawn from the same professional coterie of lawyers and former judges. Both are granted investigative powers that are denied to the police and other agencies. Because they investigate specific, pernicious subjects, they can force people to give evidence — including evidence against themselves — despite the traditional legal safeguards that limit this power in courts and other settings.

ICACs and royal commissions also generally use a combination of coercive and non-coercive powers to gather evidence and build investigative theories. Certain cases are then escalated to hearings in which testimony given under compulsion can be used to reach findings against individuals (subject to the limits of procedural fairness). Those findings might not have immediate legal effects, but they can be humiliating for their subjects and also have other serious consequences.

When South Australia’s ICAC investigates matters that fall outside the legal definition of corruption, it exercises powers annexed from the state’s Royal Commissions Act 1917. It can then make public findings of serious misconduct or maladministration, much in the manner of a royal commission, but with the crucial difference that the ICAC must exercise all of its powers in private, with only its final report released to the public. As a helpful point of comparison, this places the ICAC in a situation analogous to the state’s ombudsman.

By requesting the power to hold public hearings, Commissioner Lander is essentially suggesting that if South Australia’s ICAC is to behave like a royal commission, it should do so with the transparency traditionally associated with such inquiries. This would bring the ICAC into alignment with other legal proceedings that employ court-like methods of examining evidence and that likewise mirror courts by allowing public scrutiny. A concern for integrity lies at the root of this position. Decisions of great consequence to those affected — the prime example being a criminal conviction — must be reached with scrupulous impartiality and fairness, and the public is entitled to verify that fact.

Commissioner Lander doesn’t seek to downplay the potential consequences of scrutiny by the ICAC. The sanitised legal language often used to describe the dangers of investigative commissions — that they can cause “reputational harm” — woefully understates their effects. The stigma of having to answer allegations publicly and the humiliation of adverse findings can be devastating, ruining not just reputations but also careers, relationships and livelihoods. Commissioner Lander is right to suggest that any institution that wields such powers must act with unimpeachable integrity.

But whether integrity and publicity are synonymous is a complicated matter, especially when the consequences of commissions start accruing as soon as public allegations are made, not just when formal findings are released.

Here, the distinction between ICACs and royal commissions is important. ICACs are permanent investigative agencies whose officers, and ultimately the presiding commissioner, decide when to commence an investigation, when to escalate to formal hearings, and when to otherwise activate the institution’s coercive powers. Royal commissions are temporary agencies appointed by cabinet. Their appointment requires at least the tacit assent of parliament, since parliamentarians hold to account (or should hold to account) the cabinet members authorised to appoint a commission. While that process can be abused politically, the appointment of a royal commission normally signals an exceptional crisis of confidence in some field of public life. It may also signal that permanent mechanisms have been exhausted or are inadequate to the task.

Permanent agencies are limited by their mandates and jurisdictions; royal commissions are designed to transcend those limits, allowing them to draw links between issues that would otherwise be parcelled out among agencies. Royal commissions operate in public not just to ensure procedural integrity but also to deal very visibly with a crisis of public confidence, facilitate public participation, contribute to resolving systemic problems, and compensate for the limits of standing regulatory mechanisms. Anti-corruption commissions, on the other hand, are part of those regulatory mechanisms. They exist within a matrix of institutions — like the ombudsman, the police, and various specialised agencies — that work together to secure government accountability.

What does this perspective mean for the proposal that South Australia’s ICAC be given new public hearing powers? It raises the question of whether a permanent agency, driven by the judgements of independent officials in pursuit of relatively focused mandates, should be empowered to initiate public processes that have consequences similar to those of a royal commission.

Put another way, did the fact that the Oakden inquiry took place in private diminish the public’s right to be informed of its outcomes or to reach informed conclusions about the integrity of the process? No process can perfectly honour both the laudable qualities of transparency and the imperative of minimising unnecessary harm to individuals. Given the fact that the commission, those under its investigation, and the public at large will be affected in different ways by an investigation, the important question is where the balance should lie.

In an appendix to the Oakden report, Commissioner Lander reproduces a ruling denying the assertion by several witnesses that he lacked legal authority to criticise them in a public report. Avoiding such challenges would be one benefit, he suggests, of granting him discretion to conduct certain hearings in public. The public might thereby avoid having to judge criticism of the ICAC’s reports after the fact, without the benefit of having viewed the process. But might the public be willing to bear this burden given that the guilty and the innocent alike can have the misfortune of falling under an ICAC’s scrutiny?

Anyone reading the commissioner’s ruling might consider how the complex questions of statutory interpretation it considers — questions that involve cross-referencing three different pieces of legislation that govern one, discrete aspect of the commission’s power — might appear to a lay witness compelled by the ICAC to appear, especially someone unassisted by counsel. Whatever the legal merit of the ruling, it reveals an unacceptable lack of clarity in the legislative conception of the ICAC’s potentially harsh powers.

Accepting the commissioner’s request for a new power to hold public hearings will certainly bring clarity to the situation, but it will also allow the legislature to dodge having to define the limits of the watchdog’s powers. With that decision given to the watchdog itself, we must hope that future commissioners conduct themselves with the same concern for integrity that Commissioner Lander shows. ●

Grant Hoole is the Director of the Inquisitorial Justice Project at the Gilbert + Tobin Centre of Public Law in the Faculty of Law at UNSW.the law 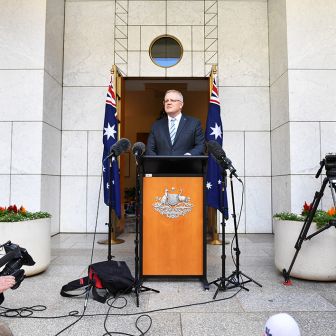 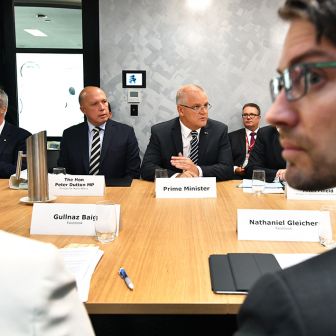 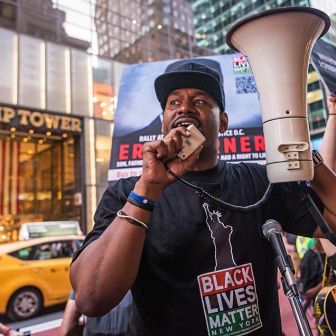 The war inside our bodies

Books | Does the wellness movement ignore important truths (and take up too much of our time)? 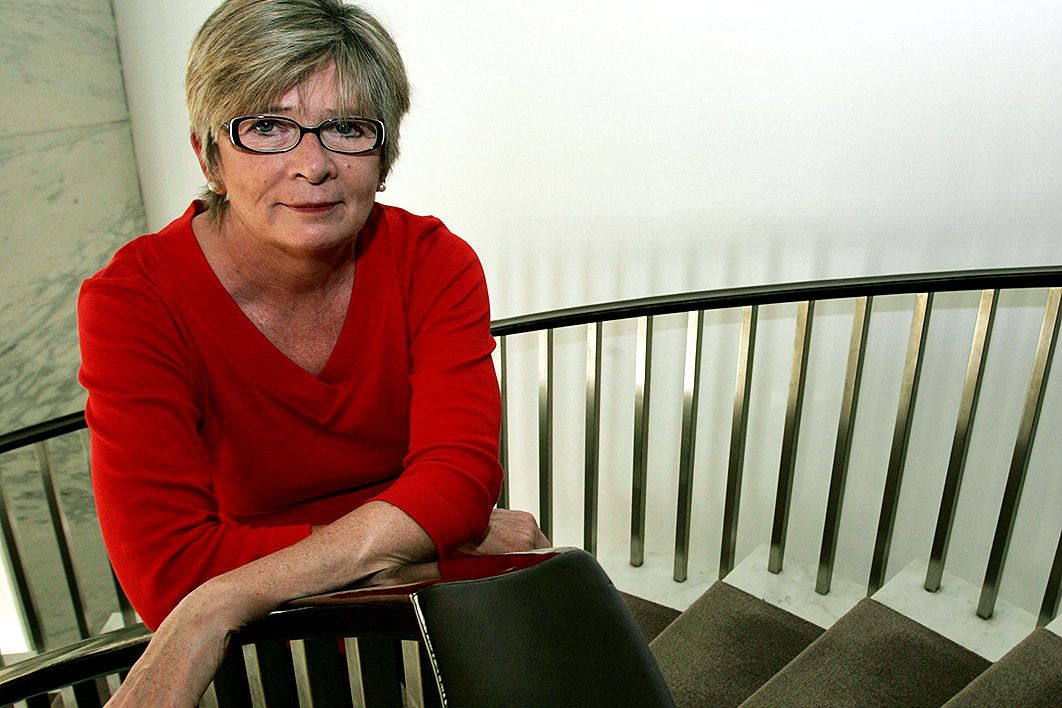