As the Threatened Species Summit opens in Melbourne, Brett Evans profiles a scientist film-maker who says “rewilding” is the best way to battle the invasive predators driving many mammal species to extinction 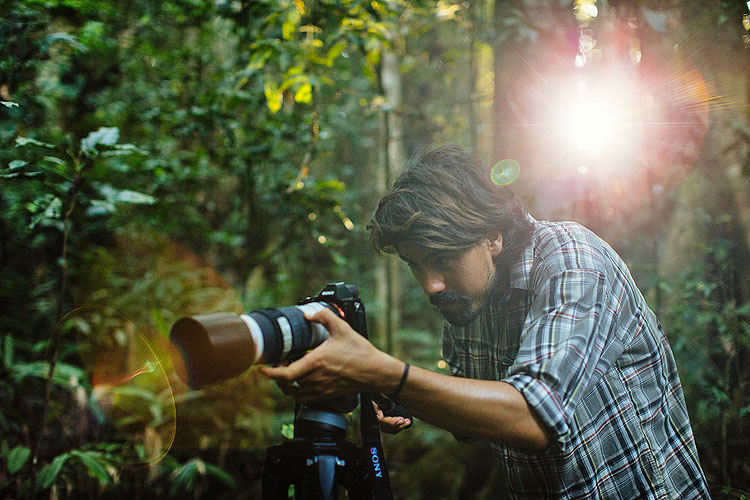 At sunset the killer comes out to feed. She leaves the safety of her hollow log and pads softly through the darkening forest. She needs protein. It is late summer and she is pregnant with her second litter of the year.

And there it is, exactly what she’s looking for: a small marsupial foraging for insects among the leaf litter. Like all members of her species she’ll eat carrion, but she much prefers live prey. She crouches close to the ground, her tail a silent metronome.

Then in a blur of stripes and claws her muscular body hits its target: a southern brown bandicoot. The bandicoot’s head is in her mouth, her sharp fangs puncturing its neck. Within a few minutes the little marsupial has stopped struggling.

This brutal nocturnal encounter between feral cat and native animal will be repeated countless times each day across Australia. Although estimates vary enormously, it’s generally agreed that there are millions of feral cats in Australia, and it’s likely that each night they kill at least as many native Australian animals – birds, reptiles and mammals. The carnage wrought by these introduced predators has contributed to the extinction of at least twenty small Australian mammals.

This roll call of termination is harrowing to anyone who claims to love the Australian bush. Gone forever are the desert bandicoot, the lesser bilby, the desert bettong, the Nullarbor dwarf bettong, the broad-faced potoroo, the Darling Downs hopping-mouse, Gould’s mouse. The list goes on.

And it’s not just the feral cats. There are an estimated seven million red foxes in Australia, and they chow down on 150 kilos of food annually, much of it native animal. The fox has driven at least six Australian mammal species to extinction and is threatening to drive another ten over the edge, including the endangered loggerhead turtle, whose eggs and young the fox loves to feast on.

If you add in the effects of climate change and the destruction of habitat, many of Australia’s iconic animals are in a desperate fight for survival.

The extinction rate of Australia’s small mammals is a national catastrophe – so what can be done? Traditionally we have shot and baited invasive species. (For the moment, unfortunately, no bait for destroying feral cats is as reliable as Australia’s famous fox poison, good old 1080.) More recently we have created conservation zones to protect our native wildlife from these hungry imported predators.

But today a growing tide of scientific opinion argues there’s a better, cheaper, more sustainable, and bolder way to halt the carnage. These scientists argue that instead of shooting, baiting and fencing, we should try rewilding the Australian landscape with native-born apex predators. Use the dingo and the Tasmanian devil against these rampaging interlopers; and give the cats and foxes a taste of their own medicine.

One member of this growing band of rewilding advocates is a conservation biologist aptly named Daniel Hunter, a twenty-nine-year-old doctorate student at the University of New South Wales. He looks a bit like a younger version of the musician Dave Grohl, and his passions are surfing, film-making and conserving Australia’s endangered mammals.

Hunter’s interest in science was encouraged by his late grandmother’s extensive collection of Australian Geographic magazines. He grew up travelling Victoria’s Great Ocean Road looking for waves to ride and animals to see. After studying science at Melbourne University, he got the film-making bug when he bought a digital camera to record a holiday in North America. And then he made his way to Dunedin in New Zealand to do a degree in science communication at the University of Otago, where he spent two years honing his film-making skills.

When he began work on his doctorate at the Centre for Ecosystem Science at UNSW about the effect of dingoes on other native fauna and flora, Hunter says the idea of a film just leapt out at him.

“You can write a thousand scientific papers,” Hunter explains, “but are you really going to communicate to the public?”

He jumped straight into the project without checking if such a film would count as credit towards his degree. As he carried out field research in the Greater Blue Mountains World Heritage Area, Hunter lugged his camera along with him. He even gathered stunning footage of the area’s eucalypt forests, escarpments and gorges from the air using a small drone. The result is his fascinating documentary, Battle in the Bush.

For his doctorate Hunter is studying the effects of something called a trophic cascade. In a balanced ecosystem, a small number of apex predators, such as dingoes, help to regulate the impact of smaller prey animals. Hunter’s hypothesis is that dingoes in the Blue Mountains suppress the activities of feral predators either by killing them or by creating a “landscape of fear” in which the “feral cat or fox ia always looking over its shoulder.”

So let’s encourage the dingoes, he argues. The presence of dingoes will increase the abundance of small and medium mammals and the diversity of vegetation.

More controversially, perhaps, Hunter also argues in his film that it might be advantageous to introduce Tasmanian devils into the Blue Mountains as well. Farmers don’t like dingoes because they eat sheep and other livestock. Why not import devils from Tasmania, where they are suffering mightily from a deadly facial cancer, and move them into bushland adjacent to the area’s farms. The devils will suppress the foxes and cats; the dingoes – living deeper in the bush – will remain there because of poison baiting regimes.

This sort of re-wilding has been tried out to great effect in other parts of the world – most famously in Yellowstone National Park, where wolves have been reintroduced to control the park’s excessively large numbers of deer. And Tasmanian devils were once part of the mainland’s ecosystem: some scientists argue that they lived there as recently as 500 years ago.

Making the film was a labour of love for Hunter. He shot, produced and edited it himself. And when he needed just a bit more money to complete it, he turned to the Pozible crowdfunding site to raise a paltry but essential two and a half grand.

To finish filming he needed to get to Tasmania to interview experts on the devil – and, more importantly, to film one up close and personal in the wild. He soon discovered that if you want to make a film starring a Tasmanian devil you have to be prepared for an assault on the senses.

Stage one: “You have to swing by Bunnings and grab a few garbage bags and a big plastic tub.”

Stage two: You have to pick up the maggoty corpse of a kangaroo you find by the side of the road.

Stage three: You have to stake down the road kill, retire behind your camouflaged filming blind, and wait for a hungry Tasmanian devil to bowl up for dinner.

And stage four: You have to film the dining devil using night vision.

After a sleepless night of waiting, a bleary-eyed Hunter finally caught his first devil on film. As he says in the film, it’s a privilege to see this animal in the wild. And maybe he’ll film the feisty Tasmanian local again – somewhere on mainland Australia giving cats and foxes a hard time.

Hunter made his first film while studying in New Zealand. It’s a beautifully told short documentary called River Dog, which he co-directed with Kiwi film-maker James Muir. It’s about Muir’s father, Grant, a gnarly old shearer who started farming in the back blocks of the North Island over a decade ago.

The senior Muir was horrified to discover that other local farmers were grazing their cattle on the common land along the river bank that bordered his property, and in the process were polluting the river and destroying the native plants that thrived there. So every morning and afternoon he would take his five dogs down to the river and use them to run the cattle off. For his troubles he was ostracised by the local community. Angry locals tailgated his car. Sometimes shots were fired over his house. But he persevered.

Muir’s story is a common one in environmental policy. No matter how much scientific evidence there is to support a new idea, it will always meet opposition from the self-interested and the small-minded.

The return of Tasmanian devils to the Australian mainland to test the hypothesis has been a long time coming. A proposal to set up an experimental colony on Victoria’s Wilson’s Promontory has yet to proceed any further than the planning stage.

Hunter thinks that his research – and the research of some of Australia’s senior conservation biologists, such as Professor Chris Johnson from the University of Tasmania and Deakin University’s Euan Ritchie – must eventually hold sway.

“It’s like this,” Hunter says. “I love all animals. But cats and the Australian bush – they just don’t work together, and that’s the bottom line.” •

Battle in the Bush premiered last month with screenings in the Blue Mountains and at the University of New South Wales. It’s currently being considered by several film festivals. 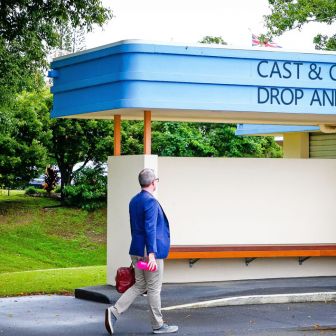 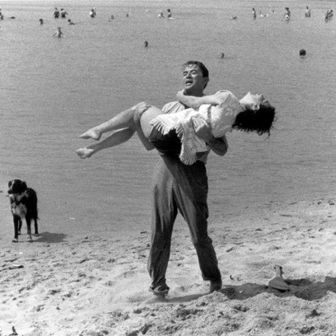 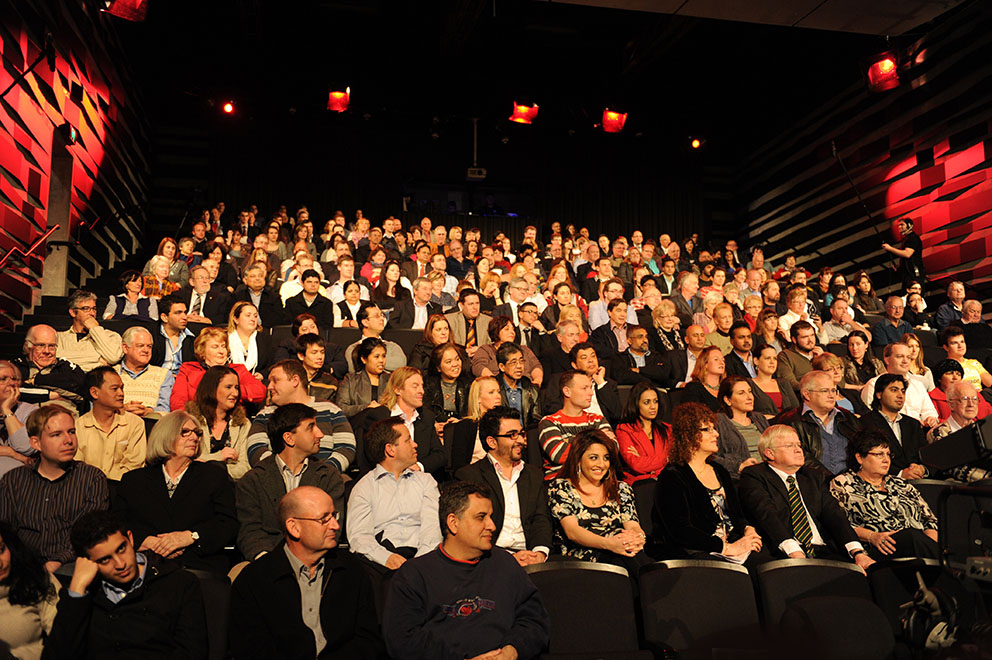