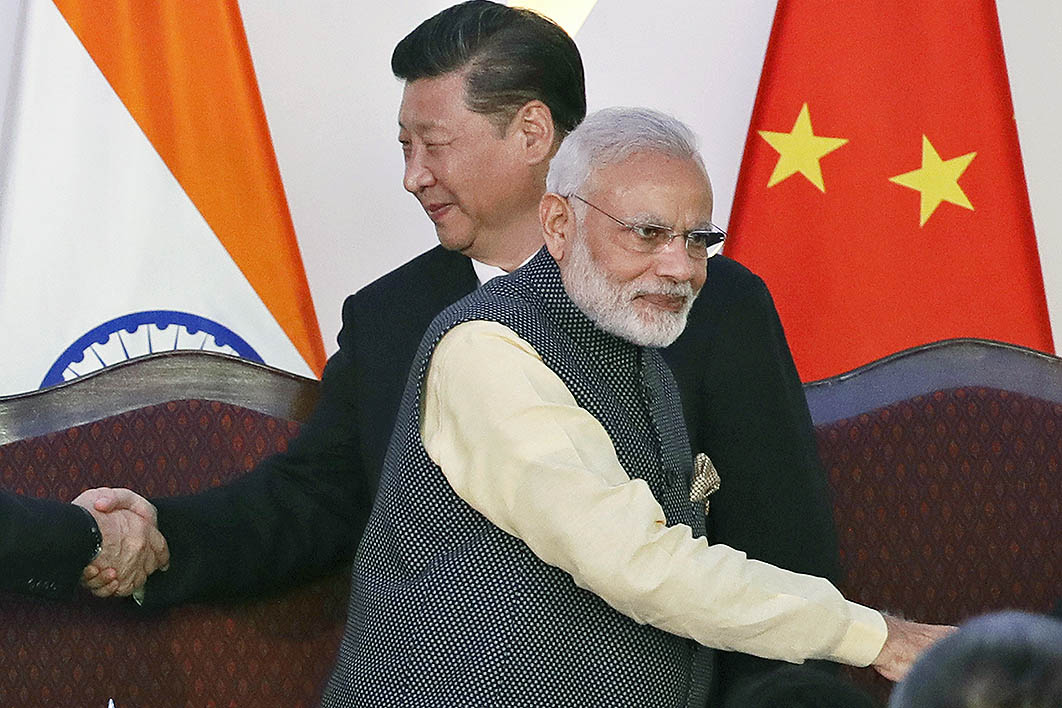 Between them, Xi Jinping and Narendra Modi have clocked up a little over a decade as leaders of their respective countries. Both men — China’s president and India’s prime minister — have captured international attention by disrupting perceptions of their countries’ roles and prospects. But their fates, and how confidently they deal with each other and the world, rest on the success or failure of their domestic programs.

In many ways, Xi Jinping seems the more secure of the two. He was reappointed secretary of the Chinese Communist Party at the nineteenth congress last October. Following last month’s constitutional changes removing time limits on the presidency, he looks increasingly likely to stick around beyond 2023, when his current term ends. Domestically, he seems the master of all he surveys.

But that seemingly secure position relies on all the party’s resources of control. Xi’s core achievement over the past five years has been to shift from an all-out focus on economic growth (which continued at a healthy annual rate of 6.8 per cent in the first quarter of 2018) to a more political emphasis. Using a ruthless anti-corruption drive, he has restored discipline to the eighty-nine-million-strong Communist Party, rooting out those who have been working against the interests of the party state. The People’s Liberation Army, state-owned enterprises and the security services have all felt the heat of the fire that has even engulfed figures at the summit of power, including Ling Jihua, a former senior adviser to Xi’s predecessor Hu Jintao, and Sun Zhengcai, former party secretary of Chongqing.

Alongside this purge has been a massive ideological campaign designed to enforce loyalty in the media and close down any potential opposition within civil society and the legal system. China has never looked more unified and cohesive — at least on the surface.

This shift away from economic growth as the source of legitimacy towards what the party calls “the great historic mission of rejuvenating China” has inevitably had an external impact. The process of making China great again has sent expectations and nationalist feeling soaring. The China Dream, the Belt and Road Initiative and other campaigns and slogans all allude to what has been called the Centenary Objective — that group of goals to be met by 2021, when the party celebrates its hundredth anniversary and the country will once more be a modern, powerful, internationally respected force.

Modi operates in a democracy, where things work differently. He came to power a little later than Xi and doesn’t face elections until the middle of next year. But several Indian states that have been ruled for more than a decade by his Bharatiya Janata Party, or BJP — Madhya Pradesh and Chhattisgarh in central India, for instance — go to the polls later this year, presenting Modi with a real test. Defending bastions like these has already proved tough, as was evident in December’s fiercely contested election in Modi’s home state of Gujarat, where he ruled as chief minister for thirteen years. The BJP may have scraped back for the sixth time, but the narrowness of the victory inspired an (until then) moribund Congress Party to vigorously defend Karnataka state in next month’s election. Whether the BJP manages to unseat Congress there will shape the opposition’s manoeuvrings in the run-up to 2019.

Despite the challenges, Modi and his party continue to perform strongly in the states. In January, the BJP won government in Tripura, in the northeast, dislodging the left-wing government of Manik Sarkar, one of the longest-serving chief ministers of any Indian state. The left now controls only Kerala, in the south, while the BJP is in government — either alone or in coalitions — in twenty-one of twenty-nine states, home to over 70 per cent of Indians.

This is no mean achievement. When Modi arrived in Delhi in 2014, his party held power in a mere seven states. His charisma, ably backed by the organisational skills of his one-time lieutenant, BJP president Amit Shah, has swept much before it.

The World Bank forecasts 7.3 per cent growth for the country this year and 7.5 per cent for 2019. Just about every international monitoring and rating agency has given a big thumbs up to Modi initiatives, which include a new (if initially troubled) goods and services tax and the withdrawal of all ₹500 and ₹1000 banknotes, as an anti-crime measure, in November 2016. With the investment climate looking good, India is regarded as being on track economically.

However formidable Modi’s BJP looks, though, there’s evidence to suggest the government is losing some of its charm. In early April, India witnessed an outpouring of public anger similar to the reaction to the brutal rape of a young Delhi woman on a bus in December 2012, a crime that led to the introduction of tougher punishments. Modi famously declared in 2014, in his first Independence Day speech as prime minister, that parents should take responsibility for the behaviour of their sons rather than throwing the onus onto their daughters, and he reiterated the point in London recently. This at least was speaking the plain truth about the patriarchal cast of many Indian minds.

But Modi’s rhetoric is now being put to the test. His initial silence after the brutal rape of an eight-year-old girl in Jammu was deeply concerning, even for his most committed admirers. When he did finally speak, though, his words were strong. “Indian daughters will get justice and these kinds of incidents shame us as a nation,” he said. Soon after, two government ministers who had come out in support of the accused men resigned. Since then, yet another shocking case — this time in India’s largest state, Uttar Pradesh, where a BJP hardliner, Yogi Adityanath, is the new chief minister — has further shaken the nation. Modi’s responses will need to reflect the urgency and scale of the problem.

Another deep-seated and longstanding problem has captured increased attention recently, following protests against the alleged diluting of legal protections for the traditionally marginalised and underprivileged Scheduled Castes and Scheduled Tribes. With the legal system regarded as one of India’s great assets, questions about its fairness forced the government to request a review. Although the court refused to reconsider, these traditional, deep-seated divisions in society could easily lead to more unrest.

Xi and Modi may operate in very different contexts, one in charge of the world’s largest Communist Party–controlled state, the other running the world’s largest democracy. But both can be called nationalists whose primary appeal to their people is their commitment to making their country modern and powerful. In each case, the extent to which they achieve that goal will also have an impact on how they relate to their neighbour.

Can Xi-ism and Modi-ism happily coexist, or are the two headed for increasing tension, and perhaps even conflict, in the years ahead? In fact, the more pertinent question is about how stable and predictable their respective domestic politics are. For all its surface diversity and tensions, India is a stable democracy in which public opinion is relatively clearly known and there is a healthy dialogue between leaders and those they lead. In China, though, the apparent uniformity of viewpoints and the tight discipline might turn out to be illusory. If Xi’s government fails to deliver on its objectives, a backlash isn’t out of the question; Chinese history down to modern times has been full of such turbulent events. If that were to happen, then India, despite its current challenges, would be waiting on the sidelines to pick up the regional baton.

This will be one of the great competitive relationships of the coming decades. Its unfolding will be worked out in the local politics of each of these great nations, and will depend on whether, in the end, democracy or one-party uniformity emerges as the best way to sustain prosperity and stability. ●

Kerry Brown is Professor of Chinese Studies and Director of the Lau China Institute at King’s College, London, and an Associate Fellow at Chatham House. Marya Shakil, an award-winning journalist and a Chevening Fellow, is Political Editor of CNN-News18, where she hosts the daily program Epicentre. 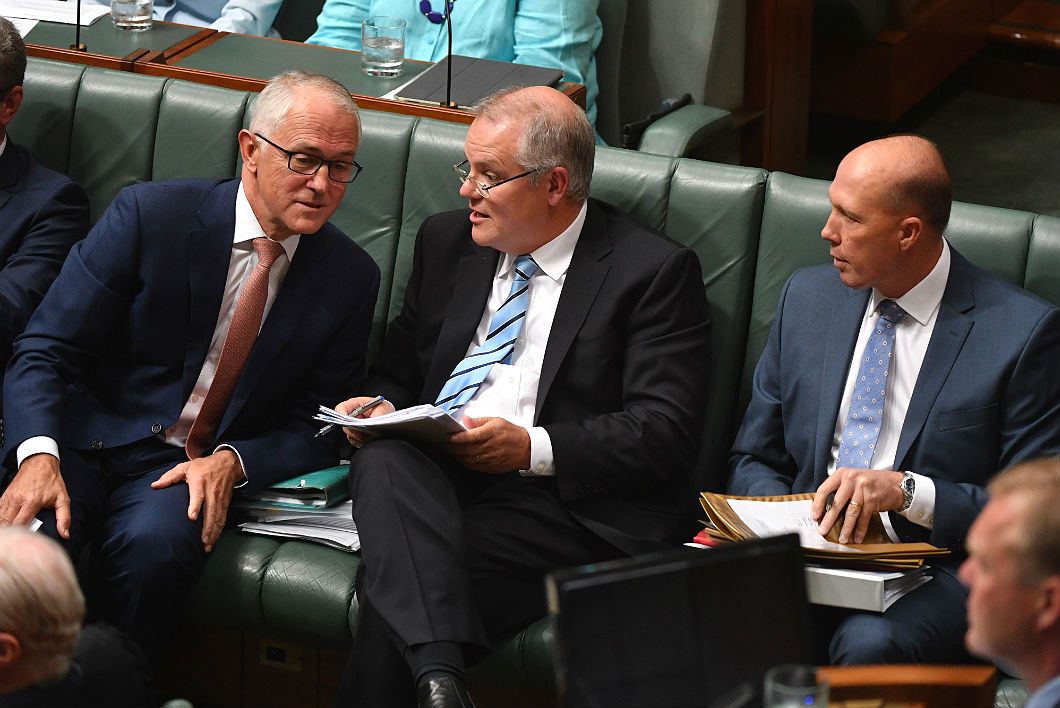