After Tomb-sweeping day, the Chinese capital returned to normal, writes Antonia Finnane, except for the city’s Christians 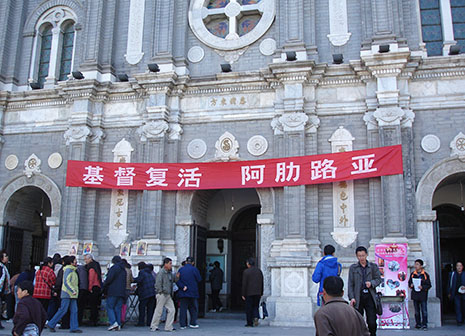 Tomb-sweeping day in China fell on Wednesday 4 April this year, just before Easter. I meant to catch a subway that day to Babaoshan Revolutionary Cemetery: the Number 1 line runs nearly to the gate. But something else cropped up and I missed my chance to stand at a respectful distance and observe the sweeping. I might not have made it onto the train, anyway, because even on ordinary days the Number 1 subway is packed. In fact, lots of people attend to their grave duties before the actual day so as to avoid the crush.

In all, the festival period lasted three days. The government decided a few years ago to make Qingming (its proper name) a national holiday, and now organises the working week so that people can travel back home to the ancestral graves if they live far away. But most people just take a holiday and, if they go anywhere at all, visit local sites. The subway line going to the Beijing Zoo was expected to carry around two and a half million people over the first two days of the holiday period. This is in keeping with the spirit of the season: Qingming is a time for picnics and kite-flying as well as for tending graves.

On Thursday, life was back to normal. In the Western calendar, Thursday is Maundy Thursday, not a day much marked any more, even in Anglophone societies, but broadly part of Easter. For Chinese Christians, it is the “feast day of washing feet,” a reference to events at the Last Supper. On this day, the children at the school across the road from our apartment could be heard singing the national anthem (“arise, people who are unwilling to be slaves/let us build a new great wall with our flesh and blood!”). It is an experimental school. The perimeter fence is adorned with over 200 plaques attesting to its achievements as a model school, a progressive school and a progressive grassroots party organisation (this last complete with hammer and sickle).

Unlike Christmas, Easter has made little imprint on China. You will search Beijing in vain for chocolate eggs, or for currants for your hot cross buns. Easter services are held in churches across the city, but there are restrictions on what people can attend. Last year there was a major crackdown on an unregistered church in the western part of Beijing, where the congregation had attempted to organise an outdoor service after they lost their meeting hall.

There are plenty of registered churches in the city, and by way of marking Easter Sunday, we decided to go to one. St Joseph’s in Wangfujing, otherwise known as the East Cathedral (Dongtang), falls within the folds of the Patriotic Catholic Church. Although an underground Catholic Church exists as well, the Patriotic one is easier to attend. A church has stood on this site, not far from the Forbidden City, since the seventeenth century; the present building, completed in 1905, was constructed after its predecessor was burnt down during the anti-foreign Boxer Rebellion of 1900.

The service was advertised as a Latin mass, which is a curiosity anywhere nowadays, but it turned out to be in Chinese after all. The 7 am service was packed, with people crowded into pews and standing two or three deep at the back of the church and along the side aisles. An electronic board carried the congregational responses, which were sung in plain chant. The congregation was a mixture of ages, but elderly women predominated. They were dressed simply, some even quite poorly, and they were small, as though malnourished in their early years. There were no children in the church, making me wonder whether they were not allowed to attend. But as the mass was winding up, families with children began pouring in, impatient to take the seats about to be vacated in time for the later service.

It was a long time since I had been to any church service other than a requiem, but I observed differences. In Catholic churches in Australia, the sign of peace is manifested by shaking hands with one’s neighbours. In Beijing it is made by bowing. Catholics at home bow their heads when saying the name of the Lord (Jesus, that is), or at least they used to do so; but in Beijing, people perform a bodily bow. At communion, taken by most of the congregation, the electronic board instructed non-Catholics in the congregation how to receive the host if they wanted to, which seemed a bit startling, but maybe that’s tolerated everywhere in this permissive age.

Otherwise, it all felt rather familiar. There was a grown-up altar boy serving mass, dressed in a red soutane with white surplice. Two young women divided the duties of reading the epistle and the prayers of the faithful. The gospel, read by the white-haired priest, told of Mary Magdalene going to the tomb and finding it empty. The priest had a southern accent and must have been around seventy: that would mean he was baptised around 1942, if born into a Catholic family, and would have been old enough to be imprisoned during the anti-rightist campaign in 1957–58. In his sermon, he reminded his parishioners that Easter was a time of new life, but his main theme was keeping holy the Sabbath day. Sunday was a day that Christianity had given to the world, he said. They should take a break on this day: people work too much.

This made me recall an old Chinese film called Jintian wo xiuxi (“Today’s my day off”), a 1959 comedy about a policeman in Shanghai who found that his day of rest was employed in helping people. When people in China get nostalgic about the old days, this is what they remember: a time when Uncle Policeman helped you instead of taking bribes. Maybe on another Sunday there will be a sermon on “thou shalt not steal.”

I looked in the papers next day to see if there were any reports of incidents related to Easter celebrations and didn’t find any, but I learnt from one small column that while we were sitting in church with the broad masses of the people, a conference on the revival of Confucianism was getting under way at Peking University on the other side of the city. A descendant of Confucius in the seventy-ninth generation had crossed the strait from Taiwan to participate – not quite the second coming, perhaps, but fitting in with the general theme of new beginnings. • 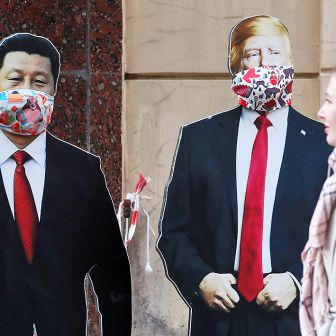 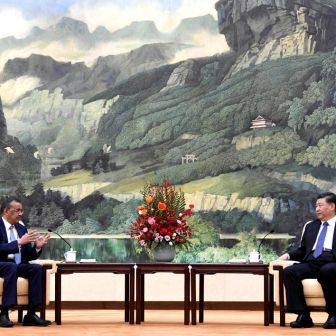 Are we so impressed by the power of collaboration that we’ve come to overvalue working in groups, asks Jock Given 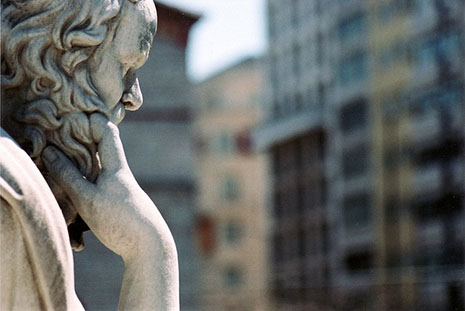