Books | The latest volume of the official ASIO history reveals tensions with successive governments, but still no firm evidence that Soviet agents operated within its ranks 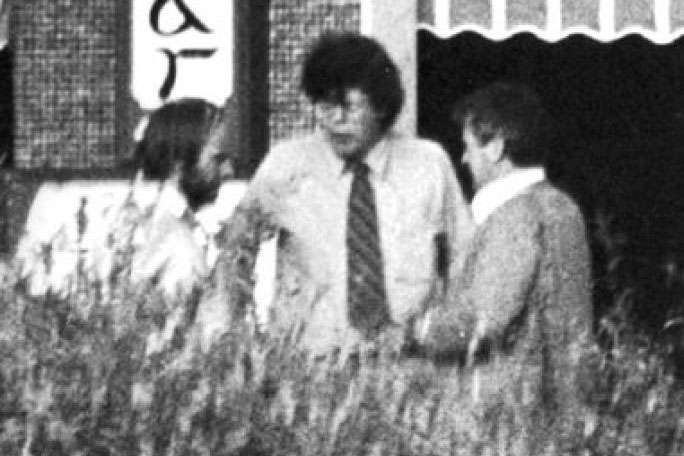 The third and final volume of the official history of ASIO, spanning the governments of Malcolm Fraser and Bob Hawke, brings the welcome news that by the mid 1970s Australia’s key security organisation had stopped wasting time creating files, often of dubious accuracy, on a large number of academics, writers, political activists and other people who posed no threat to national security. Indeed, authors John Blaxland and Rhys Crawley believe – wrongly, I’d argue – that ASIO was sometimes too cautious about pursuing Australian “targets” during the period covered by this book. To my mind, the authors also place too much emphasis on ASIO’s alleged failure to hunt down Soviet “moles” within its ranks, and wrongly assume that espionage is always harmful.

In practice, the shift in ASIO’s priorities at the beginning of this period sometimes put it at odds with governments of both complexions. Blaxland and Crawley reveal that Labor’s Bob Hawke took a tougher stand than the organisation did after evidence emerged that Valeri Ivanov, a KGB official based on the Soviet embassy in Canberra, was cultivating David Combe, a former national secretary of the Labor Party. Combe was looking for work as a lobbyist with a wide range of potential clients, including Soviet trade officials. After listening to surveillance tapes, attorney-general Gareth Evans and foreign minister Bill Hayden were less convinced than Hawke that Combe had stepped over the line, and keener to protect civil liberties. Evans is quoted as saying there was little in the bugged conversations “that might constitute a viable charge of impropriety, or even worse, against Combe.” Hayden even opposed Ivanov’s expulsion, though eventually he agreed to boot him out.

The deeper question of whether all espionage activity is damaging, and the culprits should always be caught and punished, goes unchallenged.

Also in contrast to Hawke, ASIO director-general Harvey Barnett was not initially concerned about Combe. As he wrote in his memoirs, Tale of the Scorpion, the organisation didn’t see Combe as a target, and gave him “the benefit of every doubt.” Ivanov was expelled, and Barnett sent a message to all staff congratulating them on a job well done.

Blaxland and Crawley fault Barnett for being “apparently oblivious” to the implications of Combe’s behaviour. Although they don’t see it this way, once the government had expelled Ivanov and banned Combe from having any contact with ministers, Barnett reached the entirely reasonable conclusion that any national security risk had abated. But Hawke, understandably, wanted to make clear that Combe wasn’t receiving favourable treatment from his government, and decided to order an investigation into his actions. Nothing adverse was found.

Barnett had also clashed with Hawke’s Liberal predecessor, Malcolm Fraser, after he was asked to investigate – for prosecution purposes – the leak of a top secret report on the history of the Australian Secret Intelligence Service, or ASIS, which I published in the National Times in 1981. Barnett accurately predicted that any investigation would prove pointless. Bill Hayden’s reaction to that leak provides an intriguing insight into his complex character. According to Blaxland and Crawley, he rang ASIO with the information that one of his longstanding staff members appeared to be responsible. Yet ASIO’s investigation found no evidence to vindicate Hayden’s decision to dob in this intensely loyal employee. Oddly, Hayden himself had a reputation – sometimes misplaced – for leaking.

Following an earlier spate of leaks when I was based in the Australian Financial Review’s Canberra bureau in the late 1970s, Fraser wanted ASIO to tap my office phone. Blaxland and Crawley reveal how senior public servants convinced Fraser that all phones in Parliament House, including in the Press Gallery, should remain off-limits.

These episodes are a reminder of how far the pendulum has swung in the intervening decades. Federal police no longer hesitate to raid Parliament House, access its IT system and seize thousands of documents, as they did in their current investigation into a leak of commercial information from NBN Co. Draconian legislation, passed with bipartisan support in recent years, provides stiff jail sentences for anyone who leaks or receives classified information.

Blaxland and Crawley strongly criticise ASIO for failing to stop the KGB recruiting one or more moles within ASIO after 1971. (In fact, it has failed to detect any moles whatsoever, if indeed any existed, since it was established in 1949.) A later director-general, Dennis Richardson (1996–2005), declined even to ask to see the files after new allegations arose, instead viewing ASIO’s role as overwhelmingly devoted to preventing terrorism. At one stage, Richardson shifted all the organisation’s counterintelligence staff onto trying to prevent terrorists from killing people.

In their chapter on moles, the authors provide no hard evidence – let alone an official ASIO acknowledgement – that any moles existed, despite a number of interesting leads. It shouldn’t be assumed that they nevertheless existed but were too smart to be caught – nor that ASIO was too dumb, or too compromised by the KGB, to catch them. It may simply be that there were none to be caught, however diligently ASIO tried. And it did, after all, conduct extensive surveillance, tapping phones, bugging premises and following embassy staff. We also know that earlier, after Vladimir Petrov defected as the KGB head in Australia in 1954, he admitted – and a royal commission accepted – that he hadn’t managed to recruit informants within any government department or agency.

It seems strange, then, that when co-author John Blaxland was asked last week on ABC Radio’s PM whether the book provides the first “official acknowledgement” that ASIO had been penetrated by the KGB, he agreed that it did and said this was a “major concession” by the organisation. I asked ASIO if it had confirmed that a mole did indeed exist some decades ago, despite the absence of such an acknowledgement in Blaxland and Crawley’s chapter on moles. The response: “There is no intention for ASIO to comment further” on the references in the official history to the penetration of the organisation. Given the lack of official confirmation in the book, it is a little hard to understand why Blaxland said on the ABC that the organisation acknowledged it had been penetrated.

When Blaxland was asked if ASIO knew what information was passed on to the Soviet Union, he said it is almost impossible to know the complete truth “in the hall of mirrors.” The more pertinent phrase is from the former head of counterintelligence for the CIA, James Angleton, who said he found himself living “in a wilderness of mirrors.” This might be the one thing that Angleton, a delusional alcoholic, got right in career during which he claimed that an ever-increasing number of senior figures, including Henry Kissinger, were working for the KGB. The damage these wild accusations caused may lead to a strong suspicion that he was acting on behalf of the KGB, but that is not the same thing as hard evidence.

The only information we know to have been passed from Australia to Moscow dates back to the end of the second world war, when the Soviet Union was an important ally that took the predominant role in defeating Nazi Germany. A couple of Australian diplomats passed some low-value documents to a Communist Party official, Walter Clayton, who passed them on to the Soviets. After about a year, the KGB lost interest in receiving any further information from these sources. Among the documents, only a British assessment of the likely postwar situation in the Mediterranean might have interested the Soviets, if it hadn’t been such bland stuff. Leaked to an Australian newspaper, it would have been worth only a few paragraphs, at most, in the foreign pages (if it escaped wartime censorship).

The deeper question of whether all espionage activity is damaging, and the culprits should always be caught and punished, goes unchallenged in this volume, despite the fact that Australian governments routinely instruct ASIS to break other countries’ espionage laws. More importantly, it’s possible to identify numerous cases in which apprehension has been a disaster.

The cold war generated several cases when false alarms, poor judgements or unnecessary secrecy nearly resulted in a nuclear war. One of the most frightening involved a 1983 NATO exercise called Able Archer, which simulated both a nuclear and a conventional military response by NATO to a Soviet conventional invasion of Europe. The Soviets thought the exercise was for real and almost responded with nuclear weapons. But Russian spies in NATO headquarters and London convinced their superiors that the “attack” was only an exercise. Fortunately, the spies hadn’t been caught before they prevented a horrendous war. The danger would never have arisen if NATO had given the Soviets accurate information about the exercise, rather than sticking to a reflex, but extraordinarily dangerous, commitment to secrecy. Spying can be a stabilising activity, and catching those responsible might sometimes end in disaster.

When William Pinwill and I were researching our book Oyster: The Story of the Australian Secret Intelligence Service, ASIS’s former head, Ralph Harry, told us that German chancellor Willy Brandt’s ultimately successful policy of detente between East and West Germany in the 1970s and 80s partly depended on espionage. “The success of Brandt’s moves was greatly facilitated by the presence of a senior Soviet bloc agent in Brandt’s own office,” Harry told us. “That way the Communists knew he was sincere.”

The United States recognised the stabilising influence of espionage when it agreed with the Soviets to facilitate electronic eavesdropping as part the 1972 Strategic Arms Limitations Treaty, SALT I, which sought to limit the number of nuclear armed ballistic missiles. This provision meant they couldn’t encrypt telemetry communications during missile tests, which in turn ensured that each side’s signals intercepts could verify that the other was complying with the treaty.

Despite claims from some defectors (a notoriously unreliable breed), the official history provides no hard evidence that the Soviet bloc had spies in ASIO or any other government agency or department, let alone evidence that valuable information was passed back to Moscow. If this did occur, the information could have been stabilising, or it could have been less benign. We still don’t know. •

Brian Toohey is a columnist with the Australian Financial Review and former editor of the National Times.